She’s currently enjoying a getaway in the South of France with her model boyfriend Oli Green.

And Sienna Miller, 40, looked incredible as she donned a bright red bikini for a romantic lunch on the beach on Monday.

Taking to his Instagram Stories, Oli, 25, shared a sweet snap while cuddling up to the actress as she showcased her toned physique in skimpy swimwear. 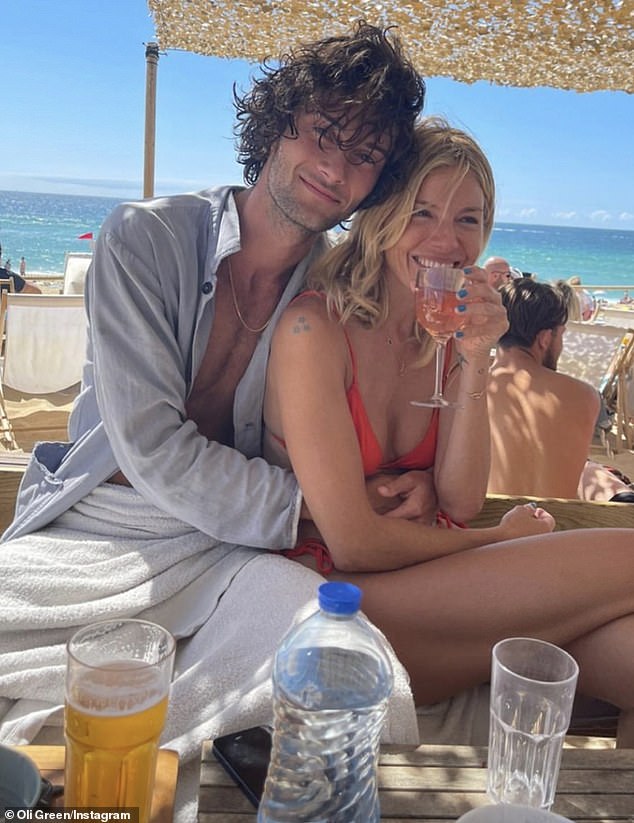 Love birds: Sienna Miller, 40, cuddled up to boyfriend Oli Green, 25, while enjoying a glass of rosé wine on the couple’s South of France getaway on Monday

Sienna let her blonde locks tumble to her shoulders as she displayed her natural beauty by going makeup-free.

The mother-of-one beamed as she sipped on a glass of rosé wine with her beau’s arms wrapped lovingly around her.

Oli appeared fresh from the ocean as he sported wet hair and wore a towel around his waist.

The Burberry model also donned a pale blue overshirt as he accentuated his handsome features with dark stubble. 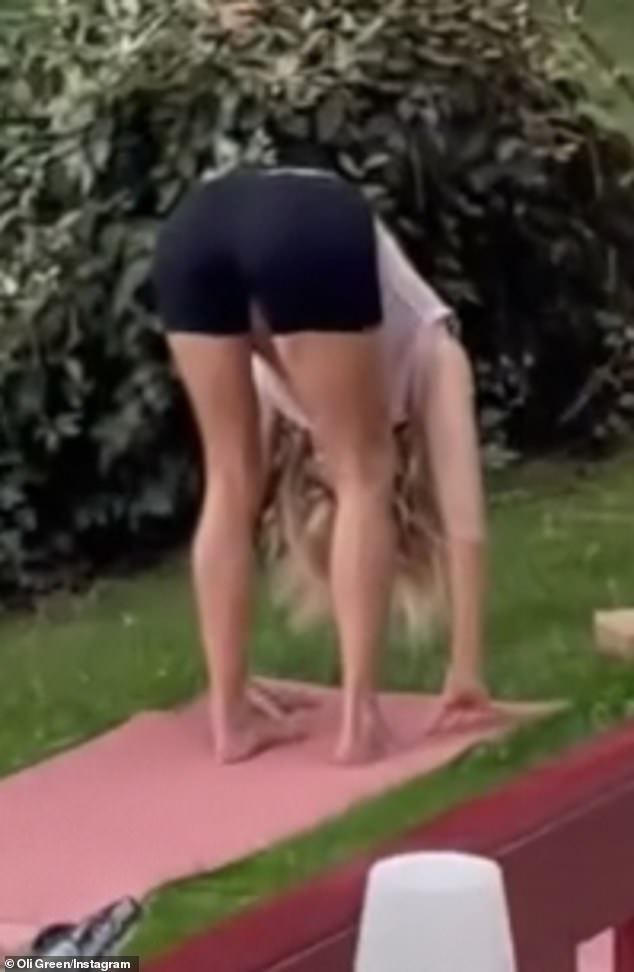 Bendy: The fashion model later shared a cheeky snap of the actress performing a spot of al fresco yoga in the grounds of their hotel 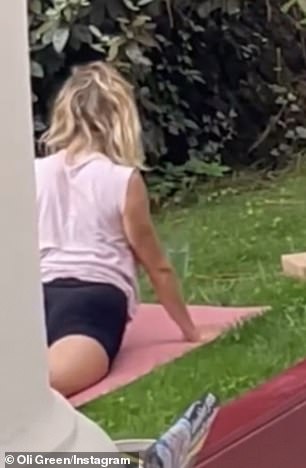 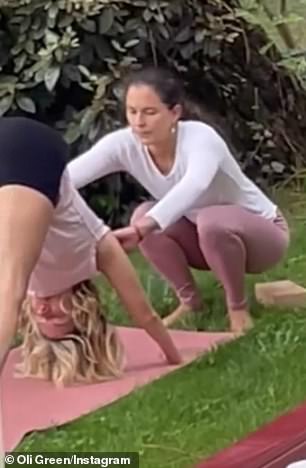 Serene Sienna: Sienna slipped into a pair of skin-tight black shorts and a peach vest for the session as she worked with a trainer in the gorgeous grounds

Oli later shared a cheeky snap of Alfie star Sienna as she displayed her impressive flexibility with a spot of yoga.

Sienna slipped into a pair of skin-tight black shorts and a peach vest for the session as she worked with a trainer in the gorgeous grounds of their hotel.

The actress – who is 15 years Oli’s senior – confirmed the couple’s romance when she stepped out with the fashion model back in February at a New York Knicks game.

Rising star Oli was the face of a Burberry 2018 campaign and has also modelled for high street retailer GAP.

While he is also an actor, and is from one of the British art world’s most prestigious families – as his grandfather Richard Green owns two galleries in Mayfair.

Sienna has one daughter, Marlowe, nine, with her actor ex Tom Sturridge, 36, who she dated for four years between 2011 and 2015. 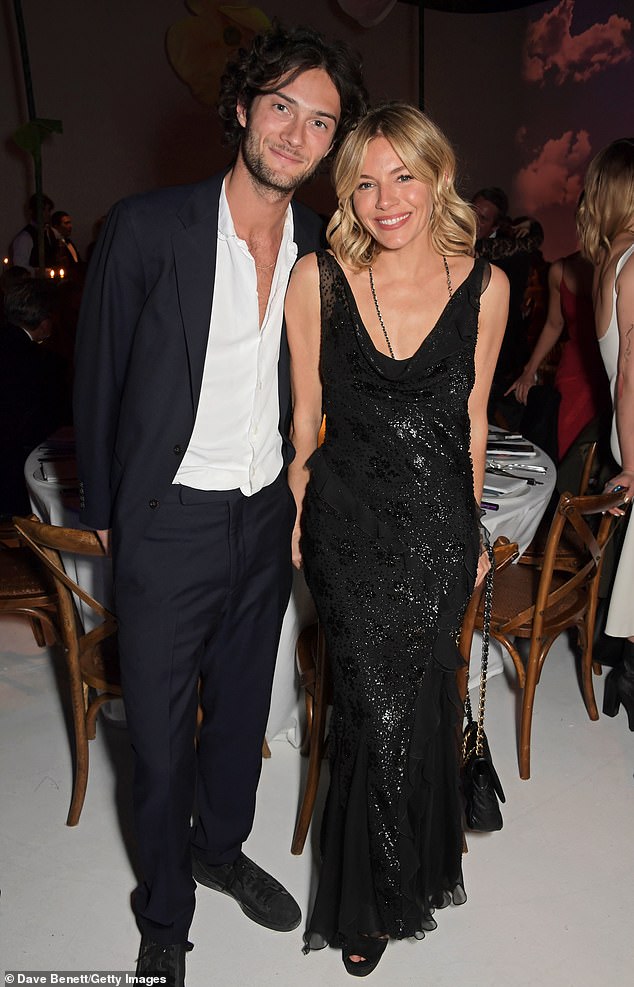 Loved up: The actress – who is 15 years Oli’s senior – confirmed the couple’s romance when she stepped out with the fashion model back in February (pictured in May)

Tom went public in his relationship with model Alexa Chung, 38, at the 2022 Wimbledon Championships last month, while seated just inches away from ex Sienna and her new love Oli.

Sienna has previously spoken about her ‘unconventional’ relationship with Tom.

In 2019, she said in an interview with ELLE UK: ‘It’s not like there’s a structure for custody. We make it work. It’s not conventional.’

Sienna previously gushed to Harper’s Bazaar that Tom was her ‘best friend in the entire world’ – and that while they don’t share a property, they often stay together to spend mutual time with their little girl.

Admitting their close bond has not broken since they cut romantic ties in the summer of 2015 after four years together, she explained: ‘We still love each other.

‘I think in a break-up somebody has to be a little bit cruel in order for it to be traditional, but it’s not been acrimonious in a way where you would choose to not be around that person.’ 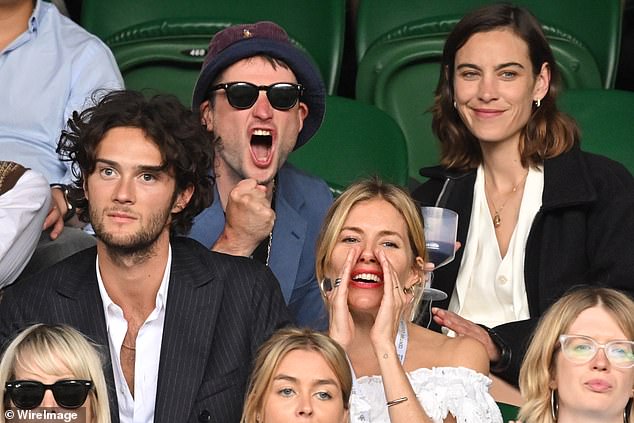