It’s a family affair! Sean Penn was joined by his daughter Dylan and son Hopper at Cannes Film Festival for the premiere of ‘Flag Day’ — a new film that stars Sean and his kids.

Sean Penn, 60, had two special companions by his side at the Cannes Film Festival on Saturday, July 10. Sean’s daughter Dylan Penn, 30, and son Hopper Penn, 27, both of whom he shares with ex-wife Robin Wright, joined the Oscar-winning actor on the red carpet for the premiere of his new drama film Flag Day. Sean directs and stars in the film as John Vogel, a con man and bank robber. Dylan makes her feature film debut in the movie as Johns’ daughter, Jennifer Vogel, while Hopper plays her estranged sibling, Nick Vogel. The film arrives in theaters on Aug. 13 and also stars Katheryn Winnick, Eddie Marsan and Josh Brolin. 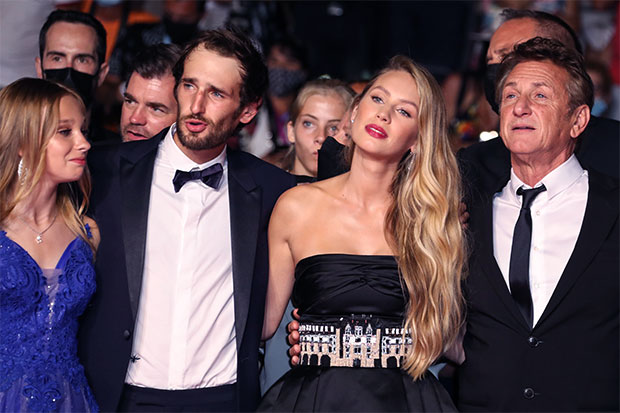 Sean and his kids looked so happy together on the red carpet. The Milk actor was dressed in a fancy black suit and tie. Meanwhile, Dylan stunned in a black dress and creative belt, while Hopper looked dapper in a black suit with a bow tie. Dylan also shared photos of the family together at the star-studded event to Instagram. “Last night was a dream. thank you to everyone who made this possible! I am forever grateful,” the actress and model wrote. 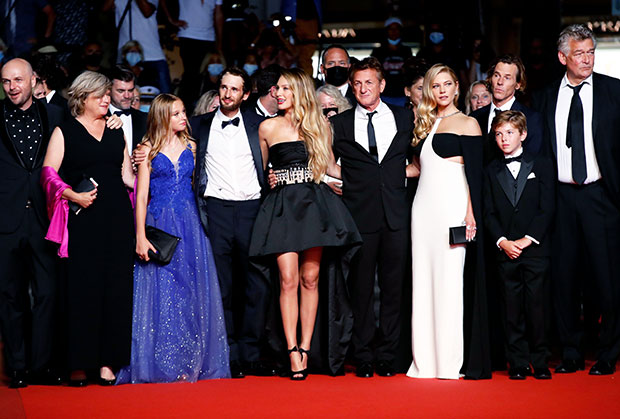 Sean rarely speaks about his children publicly. However, he did share in a Aug. 4 interview on Late Night with Seth Meyers that Dylan and Hopper attended his intimate wedding to Leila a few days prior. “We did a COVID wedding,” Sean shared. “By that, I mean it was a county commissioner on Zoom and we were at the house with my two children and her brother, and we did it that way.”