She’s back in action as Sex And The City fashionista Carrie Bradshaw.

And Sarah Jessica Parker was more than happy to showcase her character’s iconic style while shooting the SATC reboot And Just Like That in NYC on Tuesday.

The actress, 56, turned heads as she hit the pavement in a cream suit with a dramatic train flowing behind her. 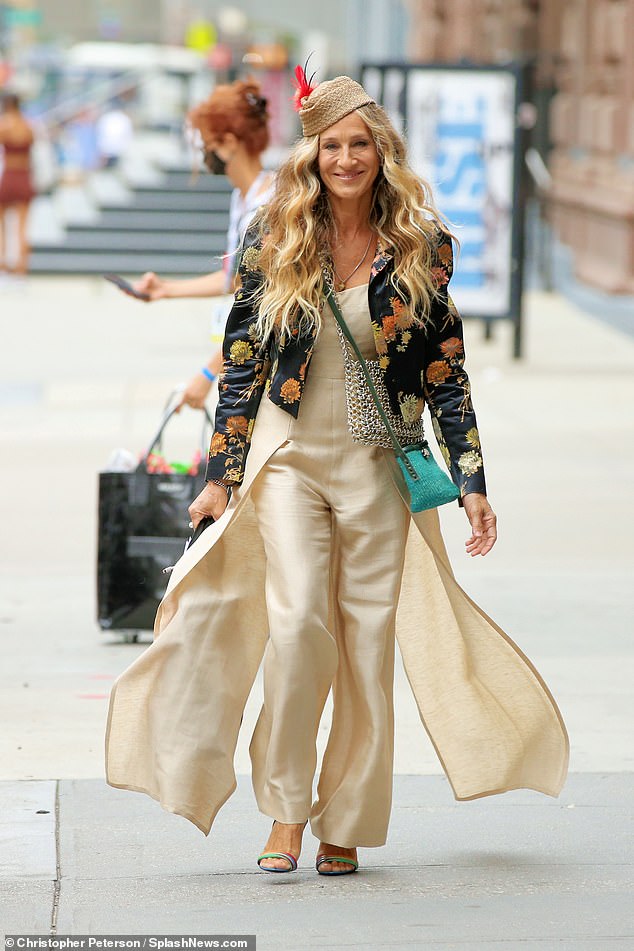 Strutting her stuff: Sarah Jessica Parker put her best fashion foot forward while shooting the Sex And The City sequel And Just Like That in NYC on Tuesday

Keeping up the eclectic vibe, she threw on a floral jacket.

And she made quite the statement with her accessories, topping things off with a little beige cap adorned with feathers.

Colorful stiletto and three different purses tied the look together.

Of course Carrie wasn’t without her best friends Charlotte and Miranda, played by actresses Kristin Davis and Cynthia Nixon. 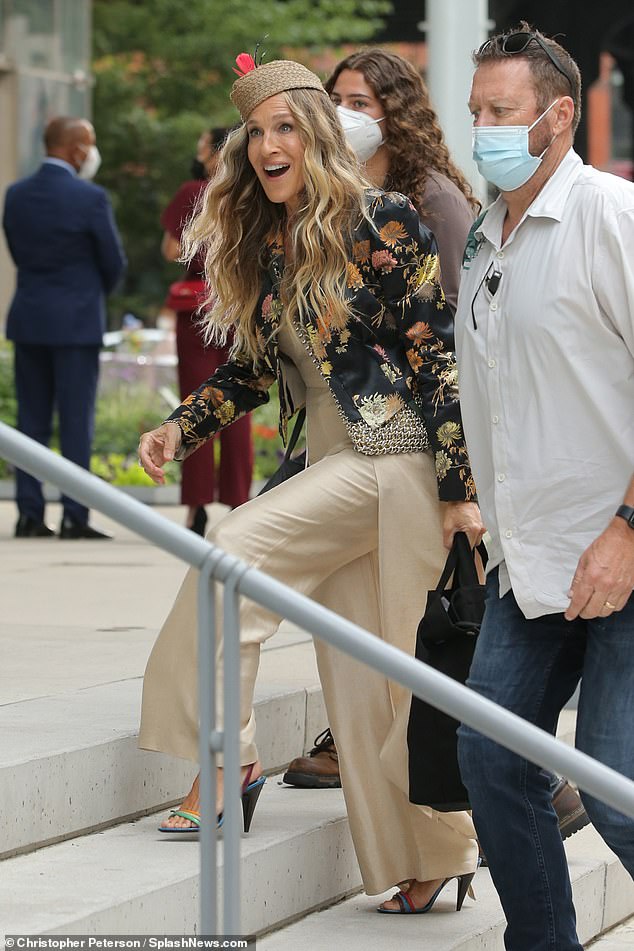 Davis channeled her character’s signature preppy look in a pink cap-sleeve blouse which she teamed with a white maxi-skirt and matching pink accessories. 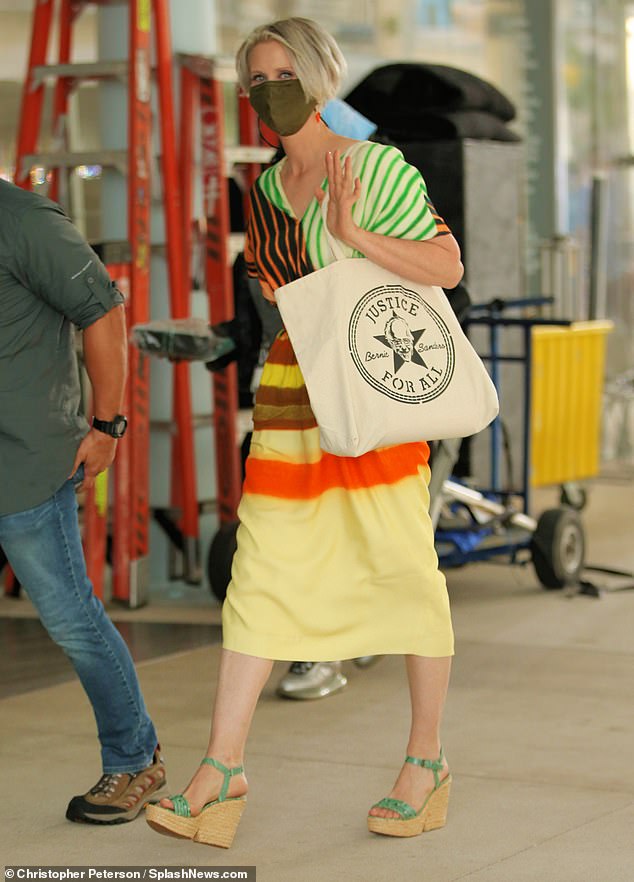 Sarah, Cynthia and Kristin all starred on Sex And The City from 1998 to 2004, and they also appeared in two sequel films.

Noticeably absent from the shoot was original castmate Kim Cattrall, who passed on the opportunity to reprise her role as seductress Samantha Jones amid her public feud with Parker.

Explaining why she would not return, Kim said in 2019: ‘It’s a “no” from me. You learn lessons in life and my lesson is to do work with good people and try and make it fun.’

SJP, 56, has denied a feud, saying she had ‘never uttered an unkind, unsupportive, unfriendly word’. 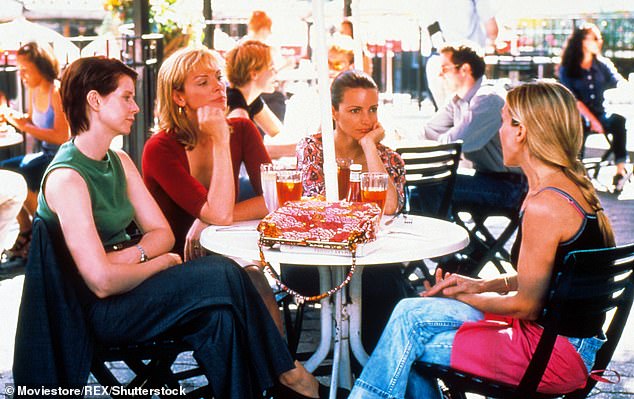 Down to three: Kim Cattrall is sitting the show out after a public falling-out with Sarah; still from Sex And The City