Sarah Jessica Parker says she’s ‘proud’ and ‘weepy’ as she congratulates her son James on his upcoming graduation: ‘It’s a milestone’

Sarah Jessica Parker got emotional as she marked her son’s upcoming graduation on Friday.

The 56-year-old actress shared a photo of 18-year-old James and wrote a lengthy message saying she’s ‘proud’ and ‘weepy’ as she congratulated him for nearing the end of his high school career.

The performer shares her eldest child, as well as two younger daughters, with her husband, Matthew Broderick, whom she married in 1997. 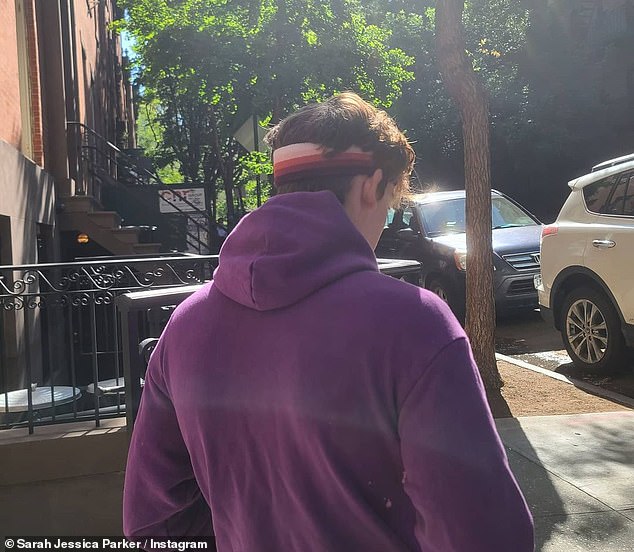 Moving on: Sarah Jessica parker congratulated her son James on his upcoming high school graduation in an Instagram post on Friday

Parker began her message by writing: ‘Into the sunset of his High School career. Field day. The period at the end of a long sentence. And all the sunrises and sunsets in his future.

‘It’s a milestone. Not fully understood til it’s on your doorstep. And til they cross the threshold into their next mostly mysterious chapter. Just like all the other chapters that are part of the epic novel that is the story of child and parent.

‘We, all of us Parker-Brodericks are proud, weepy and so looking forward to celebrating your coming graduation. Enjoy this beautiful day, you have earned it.’ she ended her note. 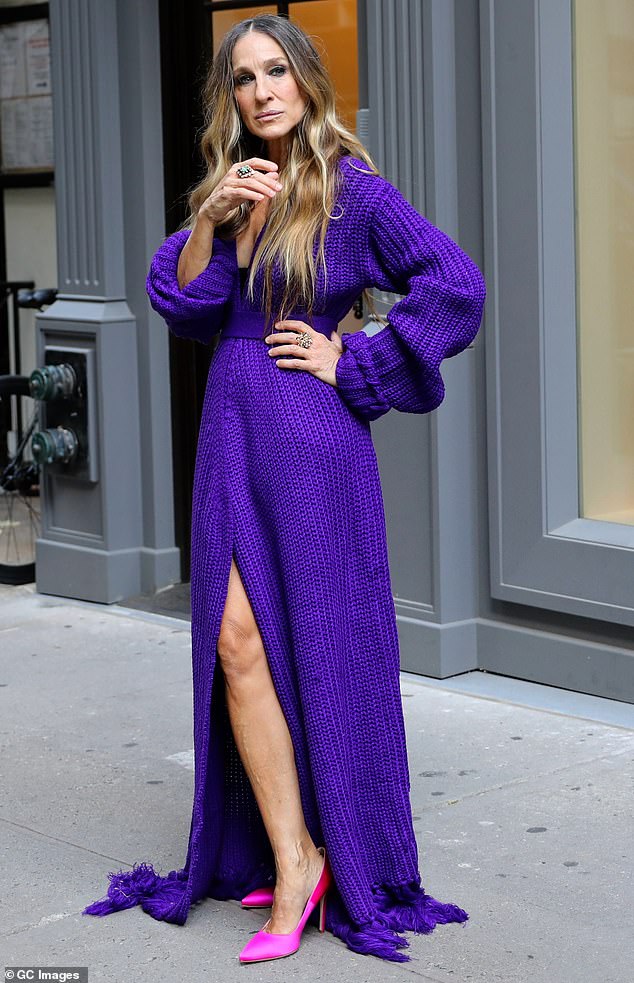 Reflective mom: The actress also wrote a message where she noted that her family was ‘proud, weepy and so looking forward’ to seeing her son graduate; she is pictured in October of 2020 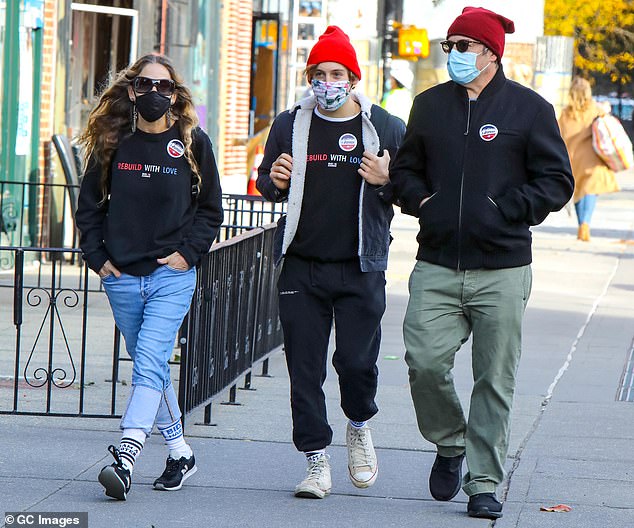 Happy parents: Parker shares James with her husband Matthew Broderick, whom she married in 1997; the three are pictured together in November of 2020

The actress and her 59-year-old husband welcomed their son five years after they tied the knot in 1997.

Prior to becoming romantically involved with the Ferris Bueller’s Day Off star, the performer was in a long-term relationship with Robert Downey Jr that lasted from 1984 until 1991.

After a brief relationship with John F. Kennedy Jr, she met Broderick after they were introduced by one of her brothers.

The two would go on to welcome James following their nuptials and added a pair of twin daughters named Marion and Tabitha, both aged ten, in 2009. 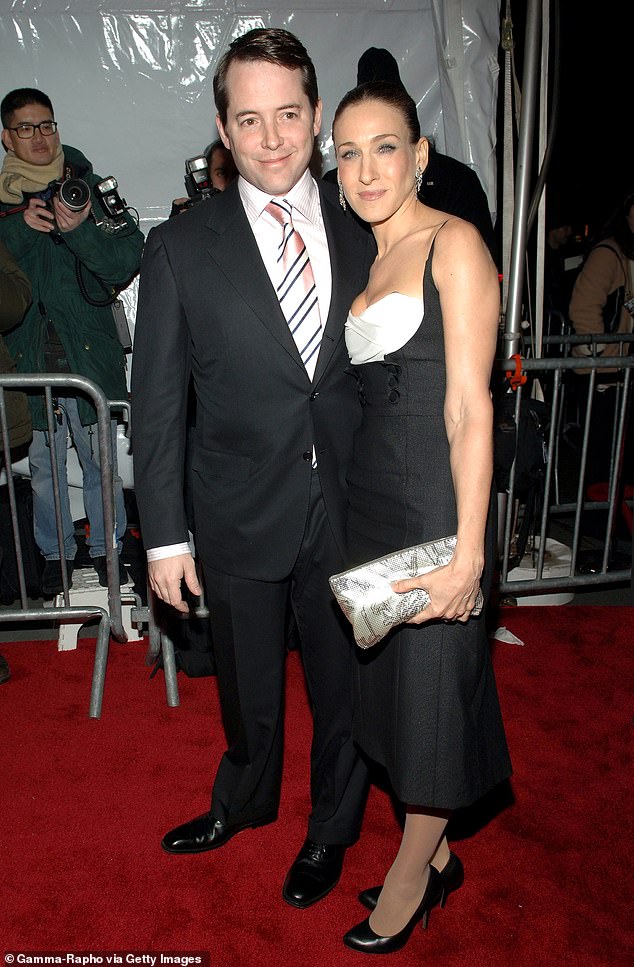 Long-term couple: Parker and her husband met after they were introduced by one of her brothers; they are seen in 2005 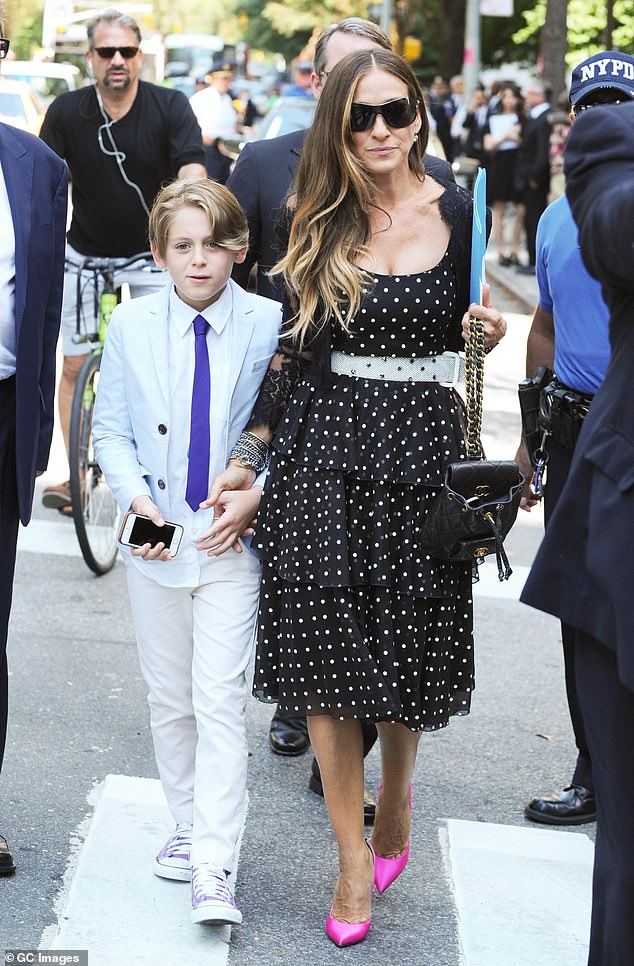 Expanding the family: In addition to their eldest son, the parents share twin daughters named Marion and Tabitha, whom they welcomed in 2009; Parker is seen with James in 2014

During an interview with Sophia Amoruso for Girlboss Radio, Parker spoke about how her role as a parent is not necessarily as easy as many of her fans may believe.

‘You’re in a constant state of worrying about your children … It’s very painful and it’s exhilarating. It’s a really interesting way of living in the world,’ she said.

The actress added, ‘It’s not for everybody—there’s a lot that’s really hard. It’s exhausting and you’re basically just cleaning up after people all day.’

The Divorce actress did point out, however, that she cherishes her role as a mother and that she looked forward to seeing her children grow further.

‘It’s what I wanted and with that, though, comes witnessing somebody hopefully develop into a really interesting, decent person who contributes something,’ she said. 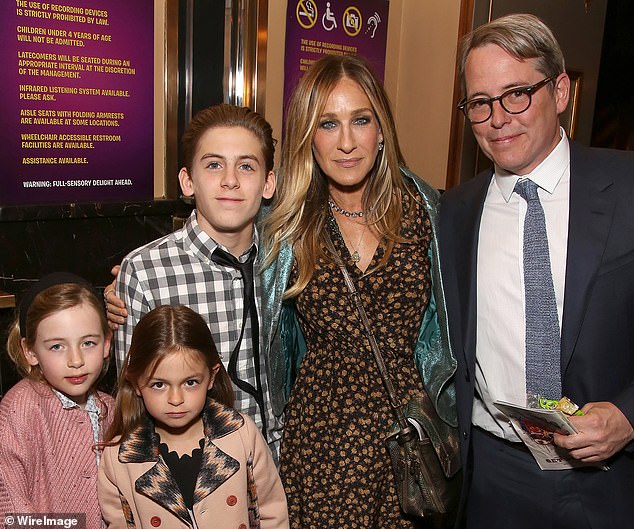 Being honest: During an interview, the Sex And The City star expressed that becoming a parent exposed her to ‘a really interesting way of living in the world