‘I don’t have anxiety about it’: Sarah Jessica Parker, 57, says she ‘doesn’t think about ageing’ and thinks shaming women for getting older is ‘sexist’ as men don’t receive the same criticism

Sarah Jessica is at the top of her career at the age of 57 thanks to her new series …And Just Like That, a continuation of the Sex And The City story.

So it’s no wonder the New Yorker told InStyle this week that she just doesn’t think about ageing in Hollywood because she doesn’t have to.

‘I don’t think about it. I mean, that’s the God’s honest truth,’ she shared with InStyle as she added that fundamentally the pressure put on women to worry about looking older is ‘sexist’ as men do not have the same concerns. 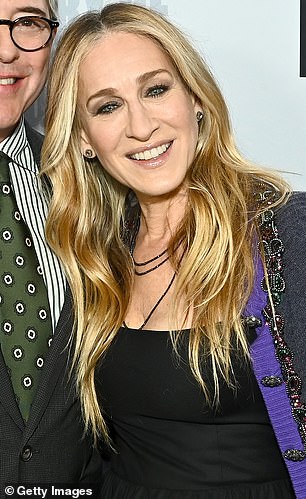 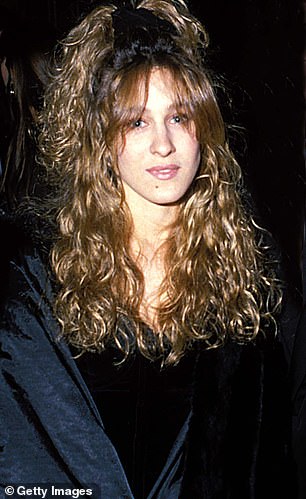 Not worried: Sarah Jessica is at the top of her career at the age of 57 thanks to her new series …And Just Like That, a continuation of the Sex And The City story. So it’s no wonder the New Yorker told InStyle this week that she just doesn’t think about ageing in Hollywood because she doesn’t have to.

In conversation about a new partnership with RoC Skincare, The RoC Look Forward Project, an initiative and digital hub created to shift women’s anxiety about aging to ‘joy about living,’ SJP says that women’s stress about aging all boils down to misogyny.

‘I don’t have anxiety about it, and it’s not that I’m better than those that do, because I think the anxiety is legitimate and well-placed because there is such a huge amount of focus and attention on women and aging,’ she shared.

‘I’m confounded by the fact that we simply don’t talk about men that way. It’s bizarre to me that we are still so transparently sexist about these things.’

This comes after Parker said she has a ‘conflicted’ relationship with social media. 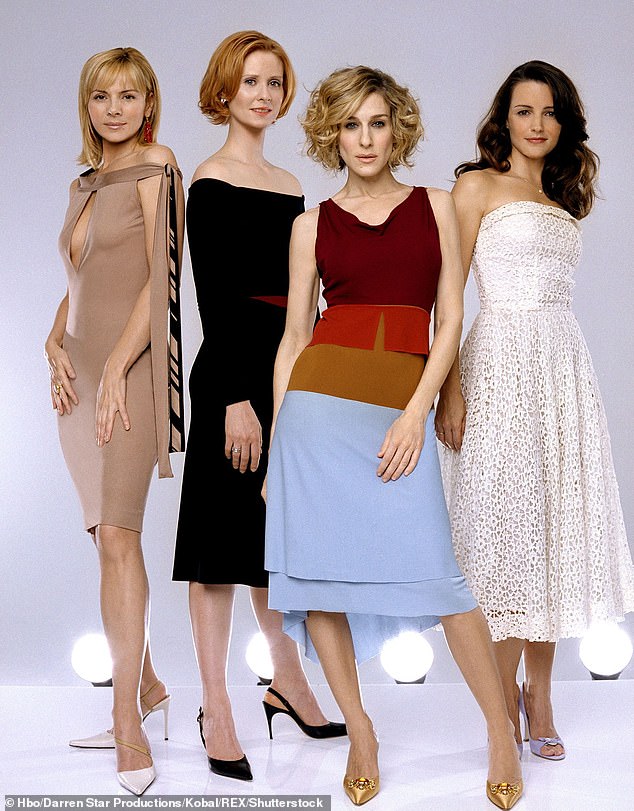 At the start of her career: She was very young when she shot to fame with Sex And the City; seen in the 1990s with Kim Cattrall, Cynthia Nixon and Kristin Davis 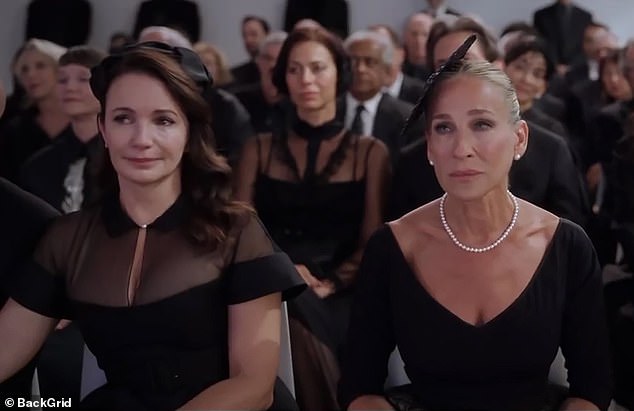 The actress reprised the role of Carrie Bradshaw for And Just Like That… – the ‘Sex and the City’ revival series – in 2021, and Sarah has now revealed how she’s dealt with fan reactions on social media.

Asked whether she feels the need to cater to fan expectations, Sarah replied: ‘First of all, I’m rarely on social media.

‘[Showrunner Matthew Patrick King’s] not on it at all. I’m on Instagram, and I have a very conflicted relationship with it.

‘Obviously, we’re aware that people have opinions, and there will be peripheral chatter specific to the HBO show. We care that they’re engaged and enjoying it, flipped out, upset, thrilled, devastated, but you can’t have a result in mind and then try to back into it with the writing. That would just be awful. And that would be like riding a bike with a gang of 10 million.’ 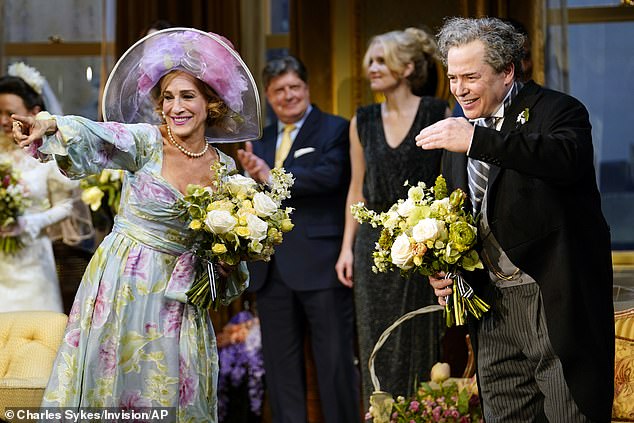 With her love: Parker and husband Matthew Broderick appear at the curtain call following the opening night performance of Neil Simon’s Plaza Suite on Broadway in March

Sarah and Michael are both conscious of the criticism surrounding ‘And Just Like That…’.

However, they won’t allow the online comments to sway them. She told The Hollywood Reporter: ‘Michael’s not afraid of chatter.

There’s just so much out there, so if someone’s talking about us – which they were apparently every week with recaps and breakdowns – Michael’s like, ‘You can’t beg for that [kind of attention]. So let’s keep doing what we’re doing.”

Sarah also revealed the show’s writing team is now ‘more diverse’ then ever before.

The actress – who stars alongside Cynthia Nixon and Kristin Davis – explained: ‘We have a great writing room of, once again, all women, but the room is more diverse now. That wasn’t a mandate, no one told us it had to be that way. Michael wanted it that way, and it will continue to evolve.’ 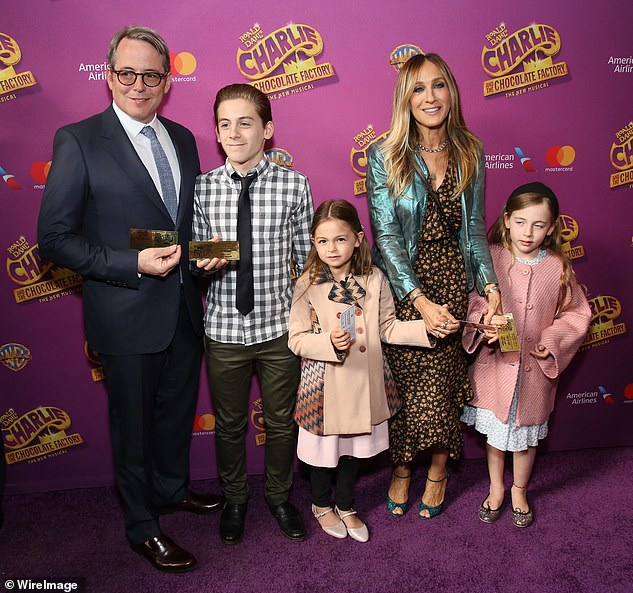