‘I would be bonkers not to!’ Richard Madeley reveals he’d be open to filling Piers Morgan’s seat on GMB – as host insists he ‘doesn’t give a f***’ about the possibility of facing Twitter trolls

Richard Madeley has revealed he’d be open to filling Piers Morgan’s recently vacated seat on Good Morning Britain, in what would mark a big return to daytime TV.

Piers, 56, famously stormed off the ITV show last month, as he pushed back against criticism of his stance on Meghan Markle’s bombshell interview with Oprah Winfrey.

And Richard, 64 – who hosted sister show This Morning from its 1988 inception until 2001, alongside his wife Judy Finnigan, 72 – has admitted that he’d be ‘bonkers’ to turn down the chance to return to the daytime favourite, 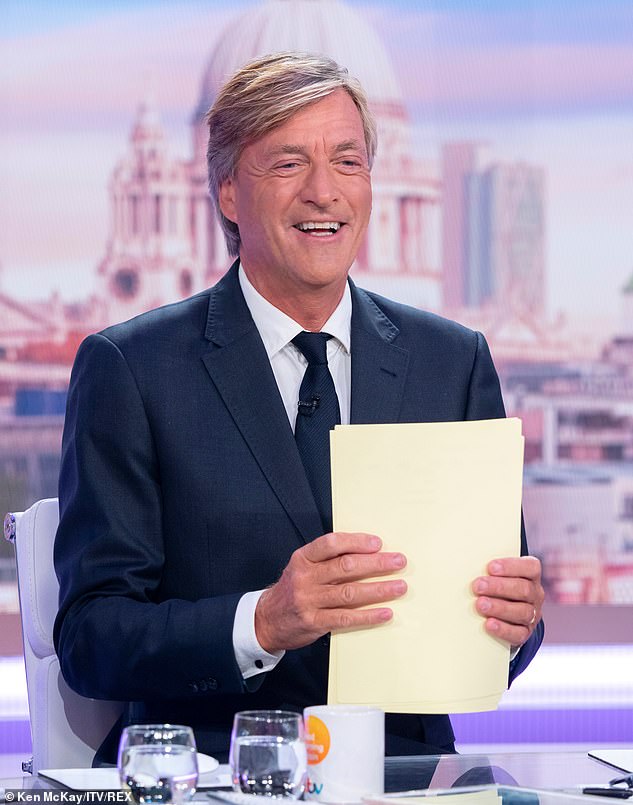 Role: Richard Madeley (pictured in 2019)  has revealed he’d be open to filling Piers Morgan’s recently vacated seat on Good Morning Britain, in what would mark a big return to daytime TV

He told Metro: ‘If the phone went and they said, “Would you come in and talk?” of course I would talk to them. It would be bonkers not to. But I very much like sitting in for people. I have all the fun and very little of the responsibility or flak.’

And while Piers is regularly seen going toe-to-toe with trolls on Twitter, Richard insists he ‘doesn’t give a f**k’ about what they’d say about him should he leave himself open to criticism by sharing his views on the show.

He said of the possibility of facing trolls: ‘I personally couldn’t give a f**k. Far too many younger presenters have been affected by Twitter and cowed by it.

‘I remember when I started sitting in for Piers on Good Morning Britain, I’d have a look at Twitter after I’d done a programme and, yes, you get some nice comments but you also get horrendous abuse and, from time to time, death threats.’ 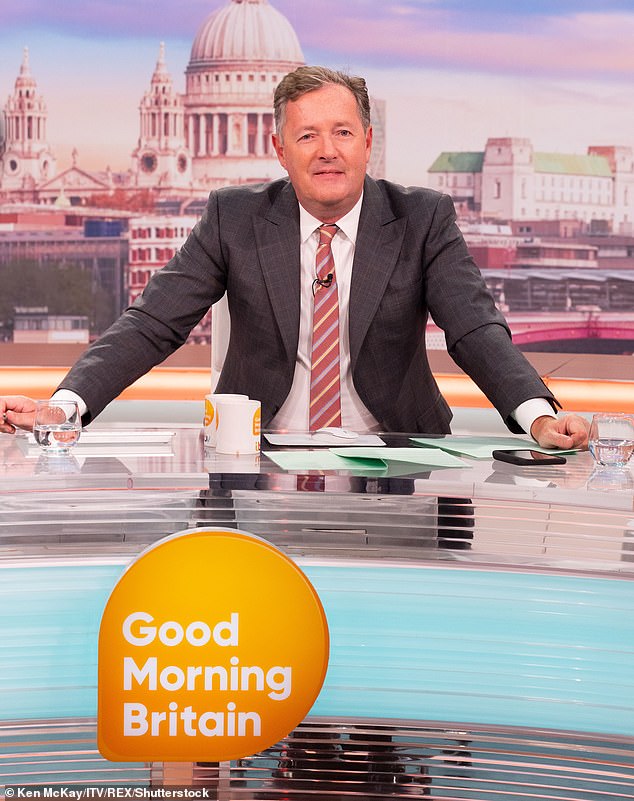 Departed: Piers Morgan famously stormed off the ITV show last month, as he pushed back against criticism of his stance on Meghan Markle’s bombshell interview with Oprah Winfrey

However, the star told Metro that he has been far from daunted by those death threats, as they’re largely ‘coming from sad losers who’ve got nothing better to do’.

Richard and Judy departed This Morning in 2001, ahead of becoming hosts of their eponymous evening talk show, Richard & Judy, on Channel 4.

They would remain on the show for seven years, and have since made a number of guest hosting appearances on shows, including This Morning.

Last month, Piers announced he had quit GMB after Alex Beresford, 40, challenged his comments about the Duchess of Sussex, 37, and her interview with Oprah, 67.

The outspoken GMB host left the daytime show after he insisted he ‘didn’t believe a word’ of Meghan’s account of suffering suicidal thoughts and experiencing racism at the hands of the royal family. 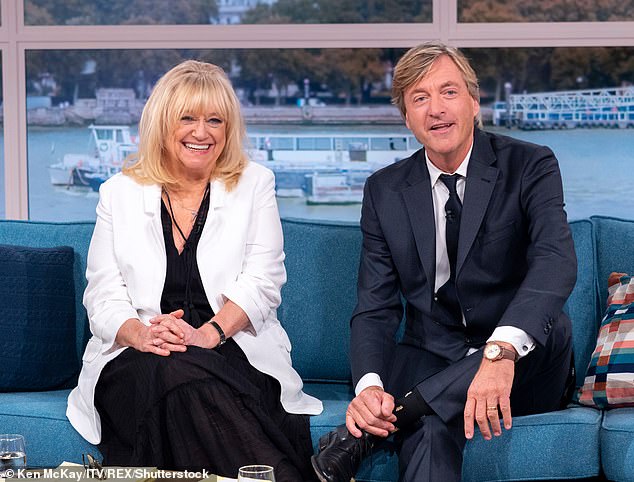 Daytime TV veterans: Richard and his wife Judy Finnigan enjoyed a long stint as the original hosts of sister show This Morning. Pictured guest-hosting the show in 2019

Piers then walked off set after a fierce debate with Alex, in which the weather presenter accused Piers of unfairly ‘trashing’ Meghan, and branded him ‘diabolical’.

Piers, who refused to apologise, later announced his resignation and tweeted his thanks to the GMB team, praising them for their ‘hard work and dedication’ that led to them beating their main breakfast TV rival.

Since Piers’ exit from the show he has received messages from several stars, naming Jeremy Clarkson and Bear Grylls, who have said he had a ‘right’ to say his mind.

Sharon Osbourne also voiced her support for Piers during an appearance on The Talk, though she has since parted ways with the CBS show.

Following Piers’ departure, a number of stars have stepped in to co-host the show alongside Susanna Reid, including Adil Ray, Alex Beresford, and Ben Shephard. 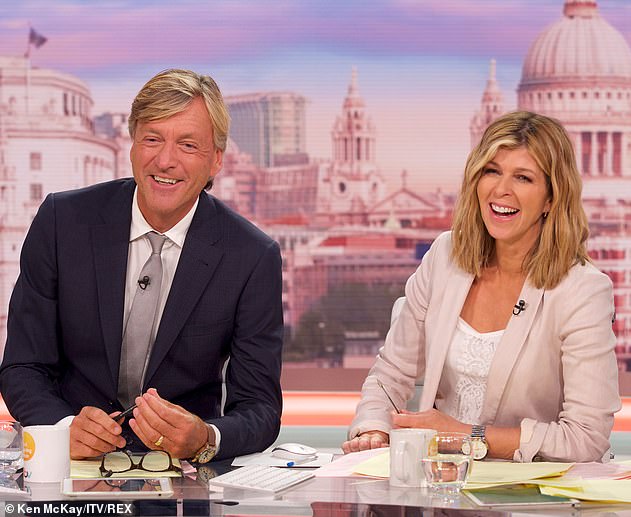