“Effective immediately, Phil Berk is no longer a member of the Hollywood Foreign Press Association,” a spokesperson on behalf of the HFPA board said 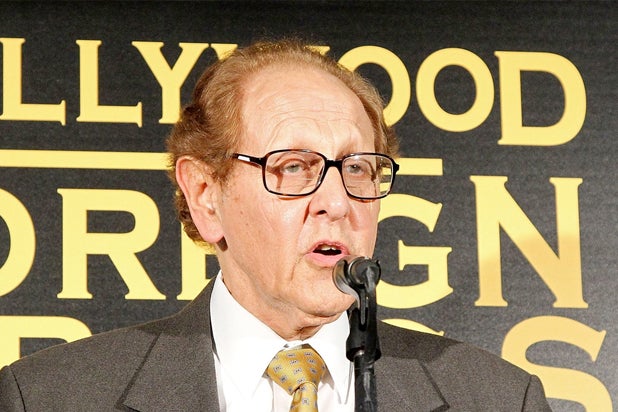 Former HFPA president Philip Berk has been expelled after the outcry over a leaked email recently sent to members with a post describing Black Lives Matter as a “hate movement.”

“Effective immediately, Phil Berk is no longer a member of the Hollywood Foreign Press Association,” said a spokesperson on behalf of the HFPA board.

Berk’s email, which was obtained by TheWrap and first reported on by the Los Angeles Times, appears to be a copy of an article on conservative website FrontPage Mag titled “BLM Goes Hollywood,” which criticized BLM founder Patrisse Cullors for buying a $1.4 million house in Topanga Canyon, California. “The house is down the road from one of the homes involved in the Manson murders which seems only appropriate since Manson wanted to start a race war. And Black Lives Matter is carrying on Manson’s work,” says the post.

HFPA board members in the email thread chastised Berk, who served eight terms as the organization’s president, with one member calling him a “thundering disgrace.”

Gregory Goeckner, current COO and general counsel for HFPA, wrote to Berk: “It is not appropriate to circulate material such as this, which many members and staff find deeply offensive, to all members and staff as though it is a matter of Association business.”

“I only intended to illustrate the hypocricy [sic] that engulfs us I forwarded it as a point of information I had no hidden agenda I now regret having sent it,” Berk responded.

The HFPA’s scandal-ridden year began just before the Golden Globes when the Times published an expose outlining millions of dollars in payments sent to members as well as noting that none of the organization’s 87 members are Black despite the rise of the #OscarsSoWhite movement since 2015. TheWrap has since reported that the HFPA also denied requests to hold press conferences for “Bridgerton,” “Girls Trip,” and “Queen & Slim,” three projects featuring Black casts and directors that all failed to receive Golden Globe nominations.