Once again Kelly Dodd is in hot water for another video showing her talking about the coronavirus pandemic. This time Tamra Judge and Vicki Gunvalson have publicly responded to The Real Housewives of Orange County (RHOC) star’s comments.

Kelly Dodd apologized for one of her comments on the pandemic

Dodd has gotten a lot of backlash during the pandemic. Fans called her out for not social distancing by flying from New York City to California. She responded with, “If it’s dangerous why are the airlines still flying?”

She then claimed the pandemic was “God’s way of thinning the herd.” Dodd went on to make multiple videos sharing more of her thoughts on the pandemic.

The RHOC star eventually apologized for her comments in a video. “I want to give a public apology,” she said. “When I wrote that it’s God’s way of thinning the herd that’s not what I meant. What I meant was do these pandemics happen because it’s God’s will? I’m not God. I’m not insensitive. I feel bad for all the families that lost loved ones and I do think we should all stay home and protect everybody.”

She then went on to claim that she was asking the question if it was God thinning the herd. The reality star said her comment was stupid.

Looks like @rickleventhal has done a number on filling @kellyddodd’s head with tons of @foxnews as of late. Kelly went on a controversial #coronavirus rant a few weeks ago, but she did issue an apology. Now it seems she’s back to ranting- and she’s taking a TON of heat for this online. In fact, #CancelKellyDodd is trending on Twitter. Perhaps it’s time for @bravotv to let this ticking time bomb go and bring @Tamrajudge and @vickigunvalson back if they care about retaining an audience for #RHOC- or maybe that’s their master plan. Let Kelly keep talking, let the fans stop watching, and cancel the show in its entirety. Either way, Kelly’s comments are- at best- astounding to hear. ???

A new video surfaced of Dodd talking about the pandemic once again. Dodd was talking to a friend on Instagram live. The friend said, “It’s more every day. In New York, we’re down to 250 [deaths] a day.”

She then compared coronavirus to the flu. “But how many people die on a daily basis?” she asked. Someone interrupts her to give a number. Dodd then added, “Well, people are going to die! I’m sorry to tell ya.”

An Instagram account called CelebTM posted a video of it. Judge commented on it with “Unbelievable!!! What will it take for her to understand how serious this is? People are dying everywhere. Where’s your compassion???” Vicki Gunvalson also reacted in the comment section with “Wow!”

Dodd isn’t the only person to get backlash from RHOC fans for their response to the pandemic. Gunvalson previously tweeted on April 20, “@GavinNewsom Let’s get America who is healthy back to work. We need hairdressers, nail techs, small business’s and restaurants to start reopening May 1st. Please?” Fans replied with many negative comments. 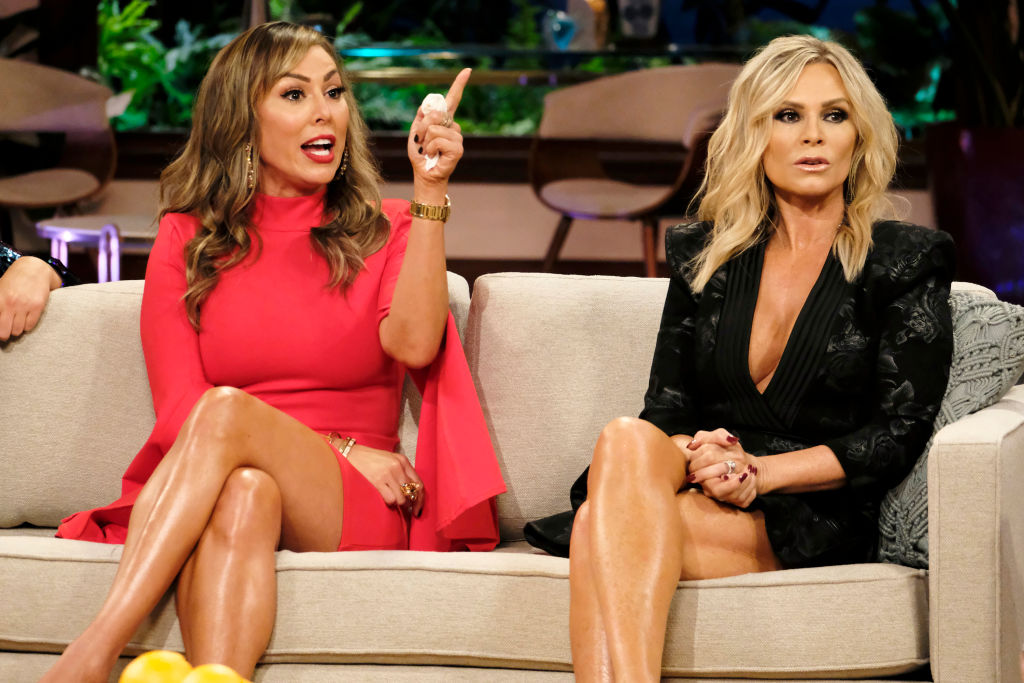 Judge, on the other hand, closed her gym due to the pandemic. There were rumors that she is selling Cut Fitness because she was selling gym equipment, but Judge said that isn’t true.

“If you’re looking for weights , barbells , steps , dumbbells we are cleaning house at @cutfitoc . No deliveries or shipments. Must pick up. Give us a call. (NOT CLOSING DOWN . Just restructuring of business to a personal training studio … No more group classes. No longer need all this small equipment),” she wrote in an Instagram post.

She also responded to a fan in the comments who said it looked like they were spring cleaning. “Yes. We got rid of class that needed a lot of small weights , Mats , etc. just doing personal training & spartan training when we reopen.” Gunvalson and Judge will not be in the next season of RHOC.