Scott Disick took to Instagram to share the cutest new photo of his son Reign showing off his boxing face while wearing boxing gloves and confidently posing outside on a grassy area.

Scott Disick, 37, is proudly showing off his son Reign, 5, in his latest Instagram photo and it’s one for the books! In the pic, the adorable tot can be seen looking like he’s straight out of one of the Rocky films as he poses outside in nothing but boxing gloves and shorts. He is standing with his arms down and out to the sides as he holds his mouth open and gives the camera his most intimidating look.

Let’s get ready to rumble

“Let’s get ready to rumble,” Scott captioned the snapshot. It didn’t take long for his followers to respond with positive comments about the funny moment. “So cute!” one follower wrote while another gushed, “I love reign so much😂,such a vibe💖💖” A third shared, “Gotta love him” and a fourth joked, “He is gonna take someone down!”

Scott’s latest photo of Reign comes one day after he made headlines for appearing in a hilarious video on his aunt Kim Kardashian‘s Instagram stories. In the clip, he was trying to guess the newly 40-year-old’s age and said she looked “26” before then saying she was “25” and Kim was loving every bit of it. “Kiki are you 26? You look like you’re 26,” he said while talking to the camera she was holding. 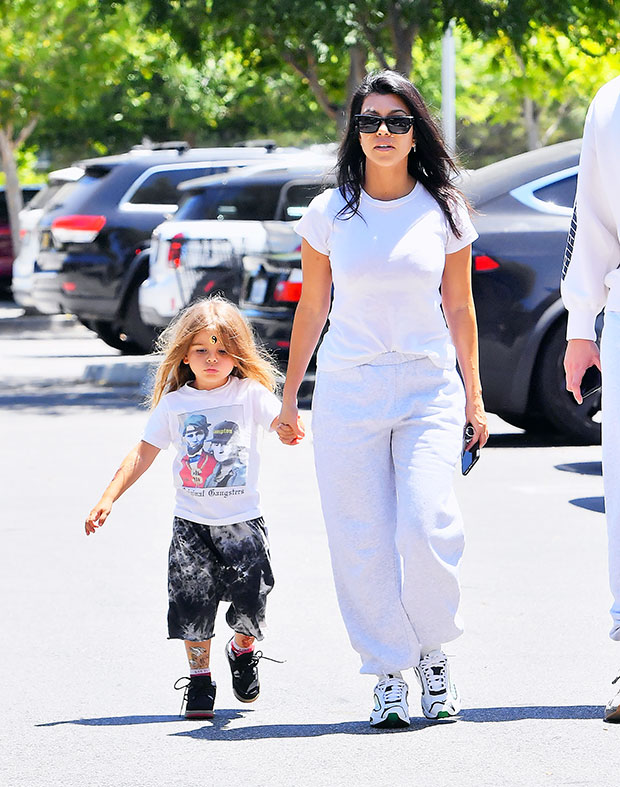 Reign is often showing off his incredible personality on his dad and mom Kourtney Kardashian‘s social media accounts, so for him to show up on Kim’s was a welcoming surprise! In addition to getting attention for his memorable pics and comments, he’s been getting attention for his new shaved haircut! After spending years with long locks, the cutie recently sported a mohawk before shaving his hair in a post Scott shared to Instagram on Oct. 13.

“Mr reign,” the proud father captioned the black and white photo, which showed him posing behind his son and his hair makeover while standing outside.