Rebekah Vardy took advantage of the exceptional weather on Saturday to visit the zoo with her children.

The 39-year-old model, and wife of Leicester City footballer Jamie Vardy was spotted visiting London Zoo with two of her children, Taylor and Sofia.

She opted for a casual look as she made the most of the heart-warming family day out. 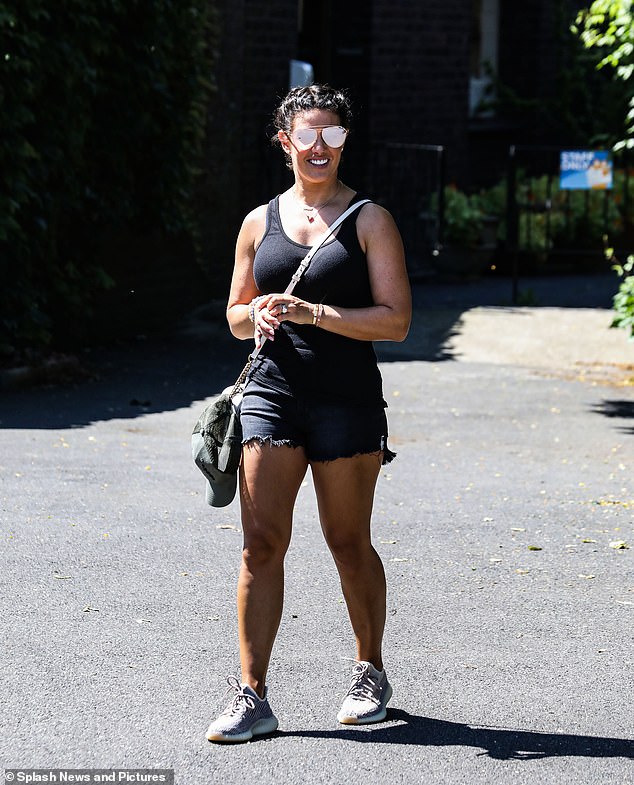 Enjoying the sun: Rebekah Vardy kicked off the summer holidays by taking her kids to London zoo to see penguins and a camel

Rebekah wore a black vest paired with tiny black distressed denim shorts as she did her best to stay cool in the scorching temperatures.

On her feet, with the prospect of a whole day’s walking on the cards, Rebekah sported a pair of grey trainers.

She accessorised her ensemble with a large pair of sunglasses and a white handbag which had been slung over her shoulder. 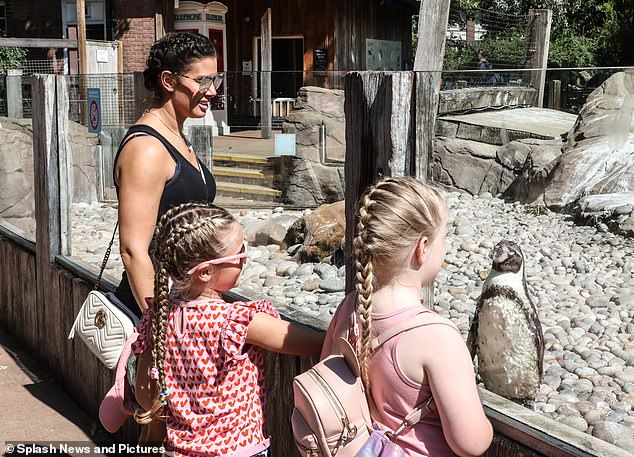 Family fun: The 39-year-old model, and wife of Leicester City footballer Jamie Vardy was spotted visiting London Zoo with three of her children. 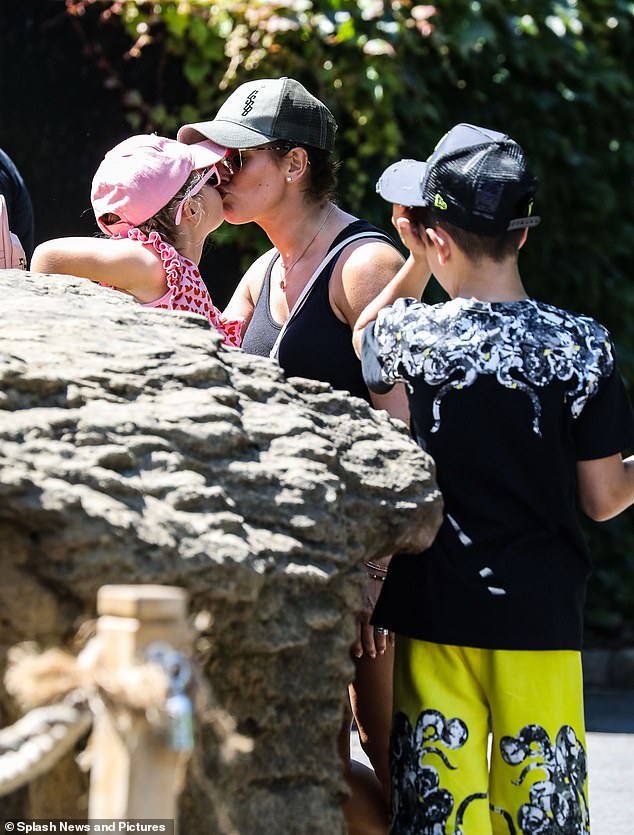 Sweet: She opted for a casual look as she made the most of the heart-warming family day out 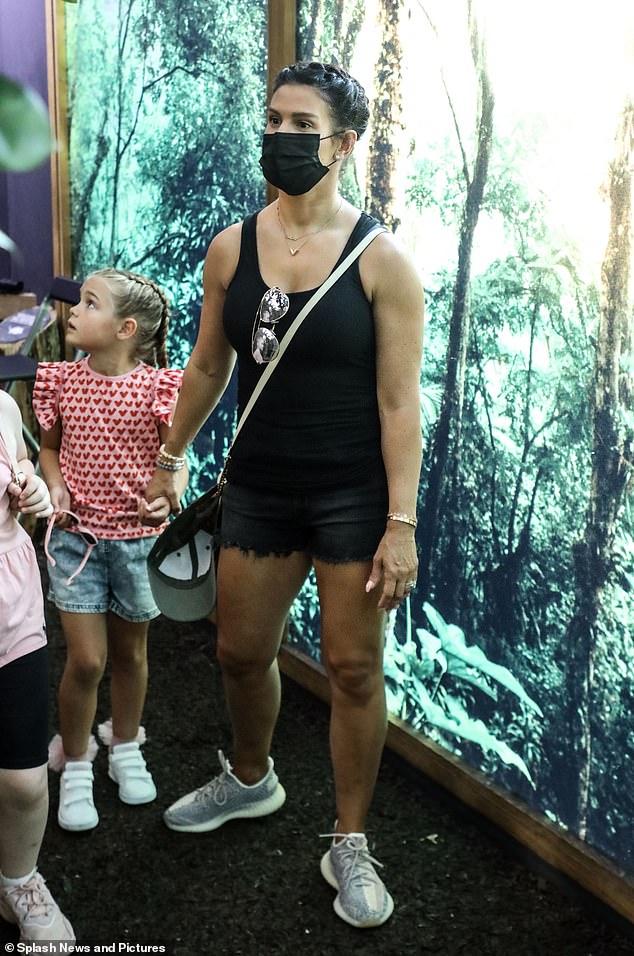 Low-key: Rebekah wore a black vest paired with tiny black distressed denim shorts as she did her best to stay cool in the scorching temperatures 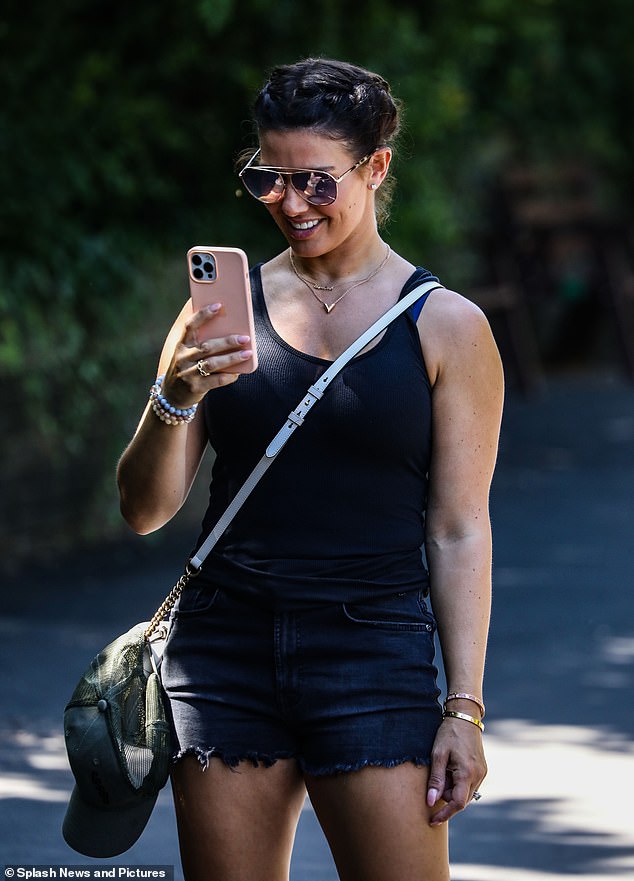 On the go: On her feet, with the prospect of a whole day’s walking on the cards, Rebekah sported a pair of grey trainers

She and her children looked to be having a great time as they visited the penguin exhibit at the park.

They were seen looking at the animals both above and below the surface of the water with big smiles on their faces.

Rebekah also stopped off for a cute photo opportunity as she snapped two of her children sitting on the statue of a hippo.

Later, the family stopped by the camel enclosure to say hello to the gentle giant. 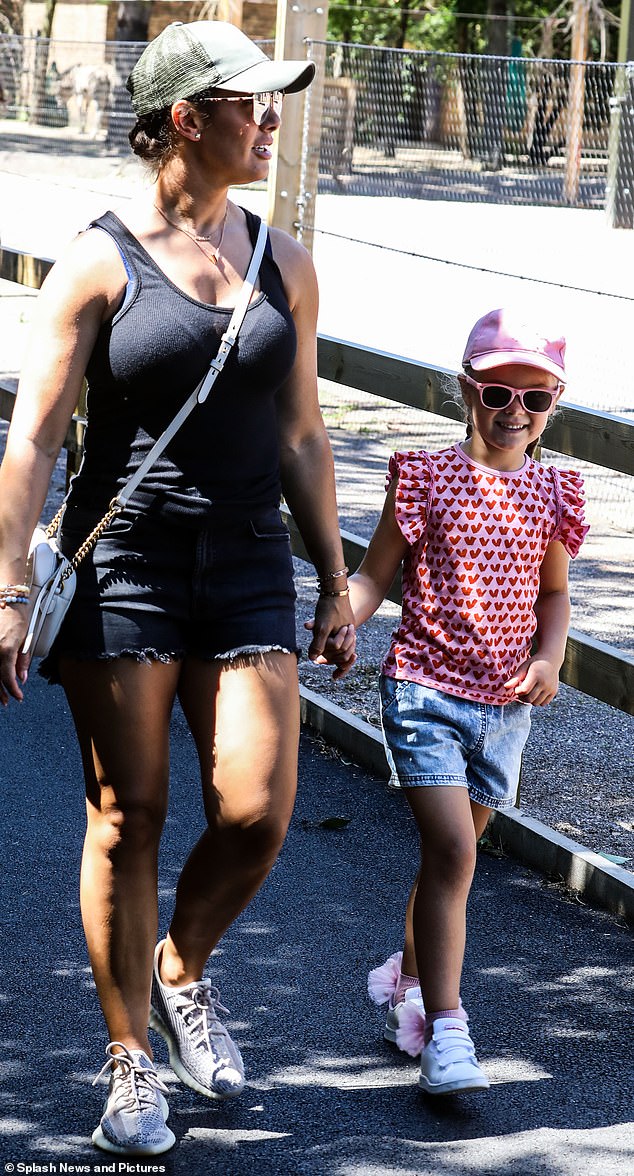 Standing out: She accessorised her ensemble with a large pair of sunglasses and a white handbag which had been slung over her shoulder 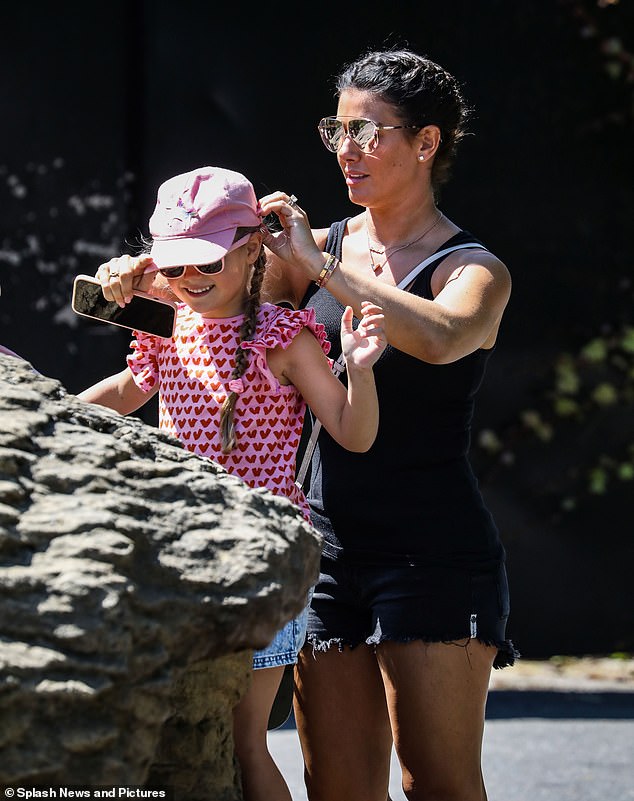 Helping hand: With the sun setting scorching temperatures on Saturday, Rebekah made sure that her children were well protected 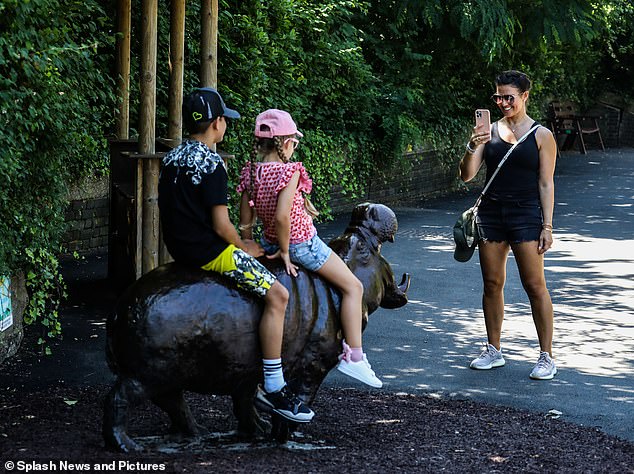 Say cheese! At one point, Rebekah and her children stopped to take a cute photo, with two of her kids posing as they sat on the statue of a hippo 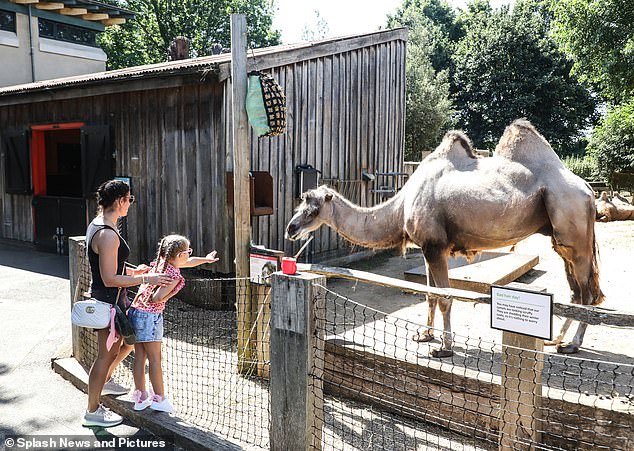 Saying hello! Later on in the trip, the Vardys also stopped by at the camel exhibit to say hello to the gentle animals

It comes as Lizzie Cundy has said that Coleen Rooney and Rebekah are at ‘loggerheads’ amid their Wagatha Christie High Court battle.

The ‘original WAG’, 52 – who was previously married to ex-Chelsea footballer Jason Cundy – said she doesn’t believe that ‘either side will back down’.

She added that other people in the WAG circle have been ‘forced to take sides’ as tensions escalate.

She told Closer magazine: ‘There’s a lot of talk among football players. Wayne and Jamie get constant stick and some people have been forced to take sides. 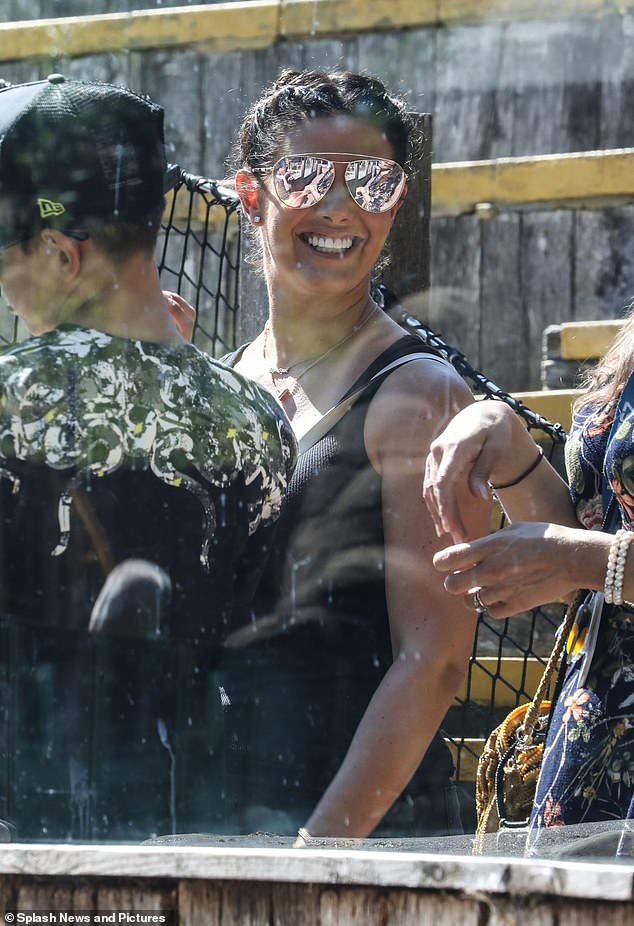 Enjoying the day: Rebekah was spotted flashing a big grin as she made the most of the good weather with her children 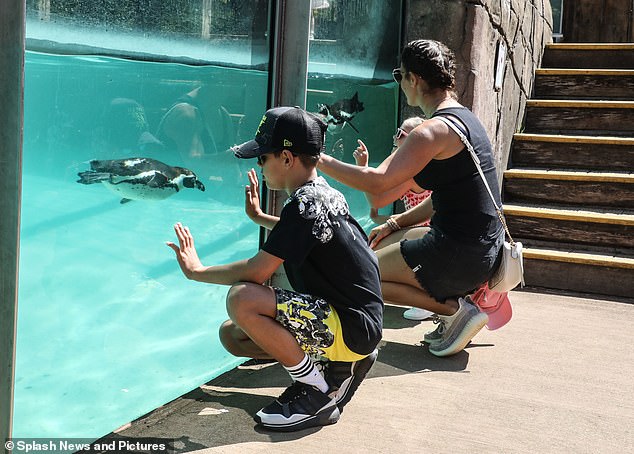 Underwater viewing: Rebekah and her kids made sure to see the penguins from a number of angles, including from behind a glass screen that allowed them to view the animals underwater 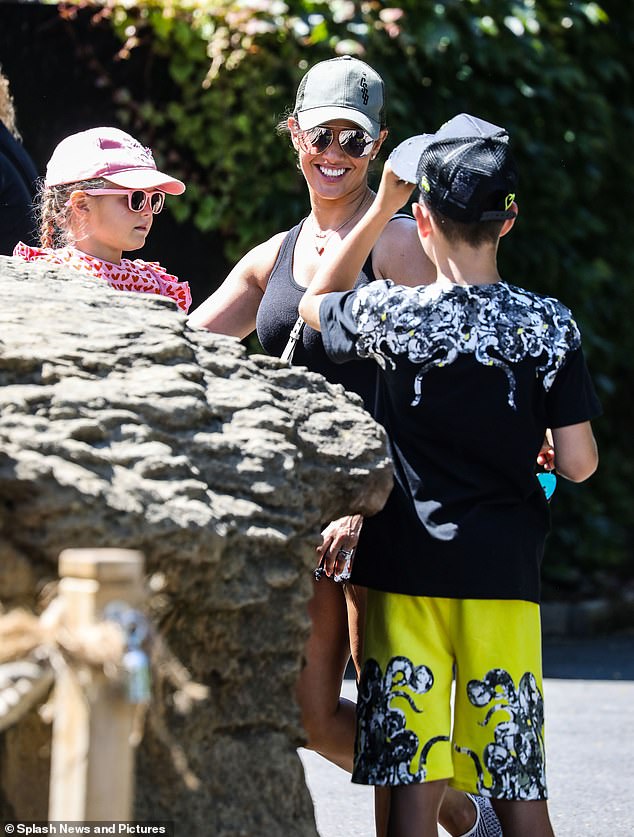 Family meeting: With so much walking to be done, the family stopped off at a big rock at one point to take a break from their sight-seeing 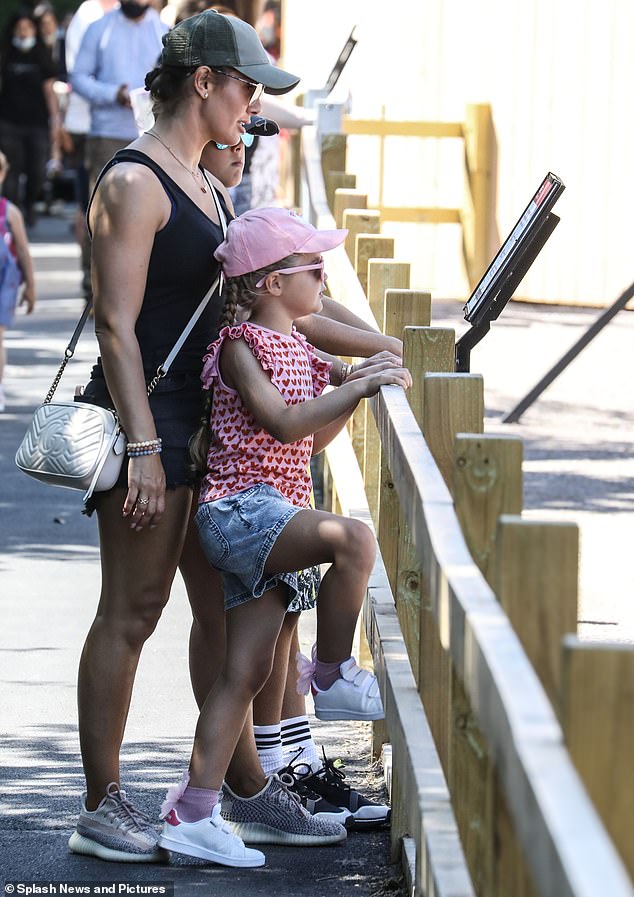 Looking on: Rebekah stopped by a wooden fence at one point to carefully examine the animals who lived in the enclosure

‘Both husbands have had to show support to their wives, but I do know that there’ll be conversations like, ‘Is there no way this can be worked out?’

‘Both are very strong, determined, and want to fight for the truth. I don’t believe either will back down. They’re at loggerheads and it seems there’s only one way – court.’

She added that in reality what has happened has been the ‘worst outcome’ because it is ‘such a huge waste of money’.

Lizzie went on to say that being in a pandemic now has ‘changed people’s way of thinking’.

She said: ‘For that reason, I know they have both tried to mediate this, so it didn’t go to court but Coleen wouldn’t have started this if she didn’t feel she was right, but I don’t think in her heart she thought it would go this far.’

Lizzie added that there will be ‘character assassinations from both sides’ and that the one that loses will have their reputation ‘tarnished’. 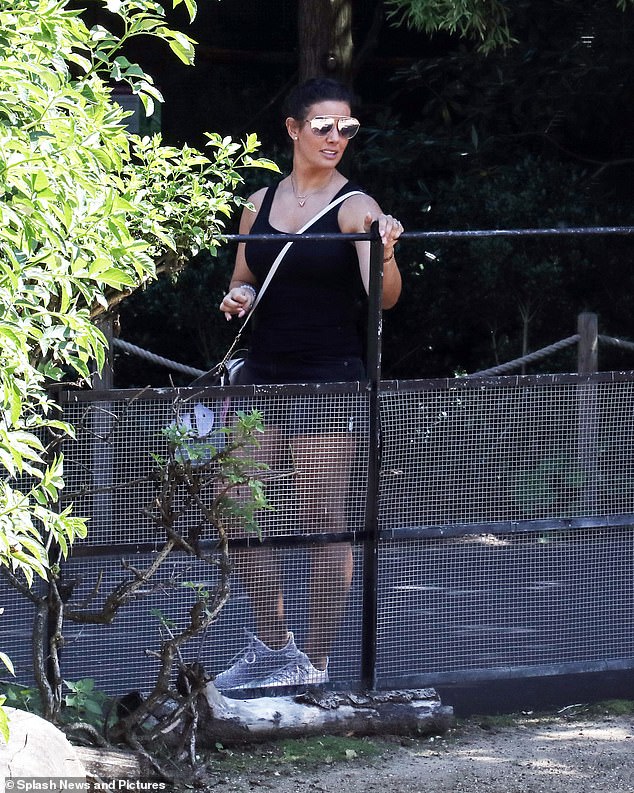 Observing: With one hand on a metal railing, Rebekah leaned in for a closer look at one of the animal enclosures 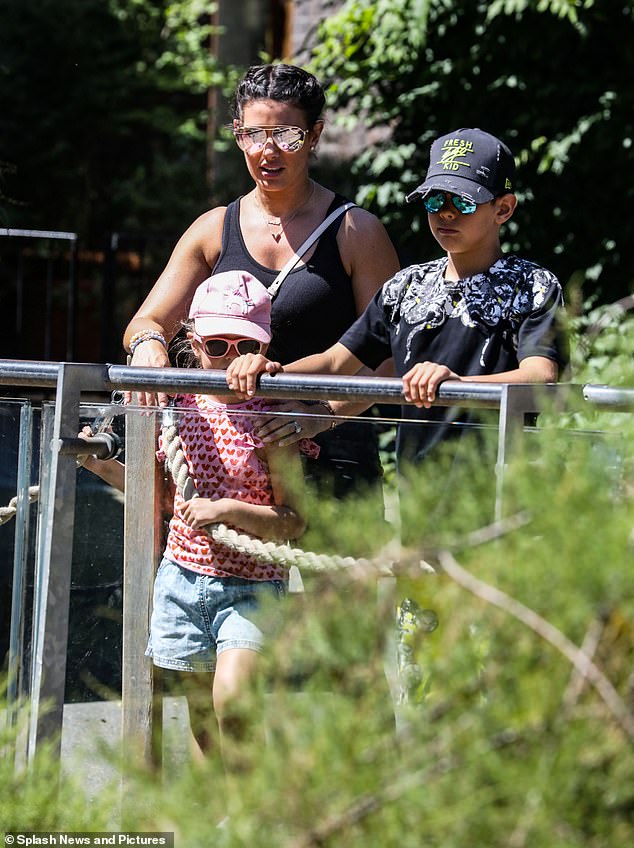 Glaring sun: Rebekah’s entire family made sure to wear sunglasses for their trip to the zoo 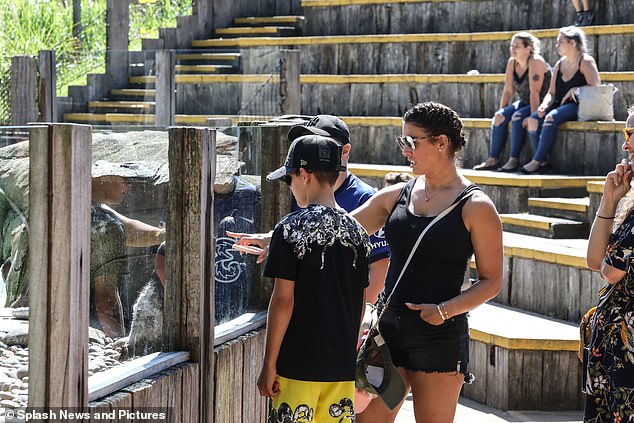 Leading the pack: Rebekah held her children’s attention as she pointed towards the penguins from behind a glass screen