Post Malone debuts massive skull tattoo on his freshly shaven HEAD as he sends message of love to his fans: ‘Skeletons are cool’

Post Malone has debuted a massive new skull tattoo inked on the side of his head.

Overtaking the side of his head, the rapper’s fresh ink is just one of many tattoos sketched upon his face.

Malone, 24, introduced the new artwork – and his newly shaven head – to Instagram followers on Monday, where he sent a message of love to everyone. 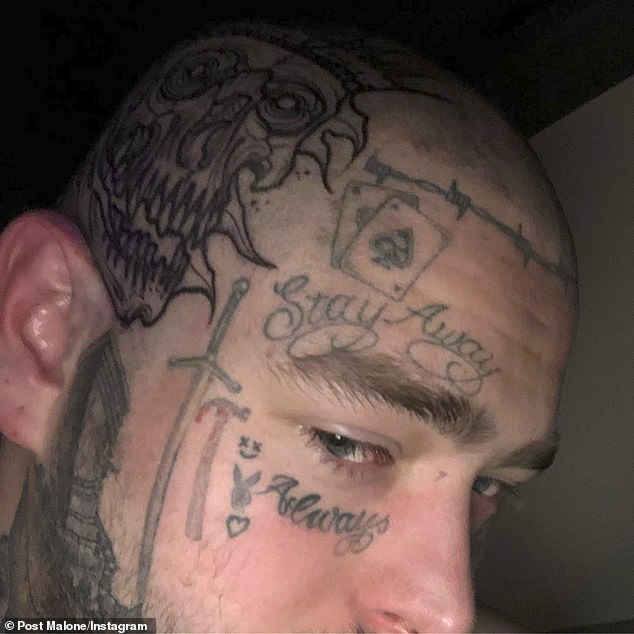 ‘Skeletons are cool’: Post Malone debuted a massive new skull tattoo inked on the side of his head on Monday

‘I have cut my hair even shorter, also skeletons are cool’, Malone wrote in the caption. ‘Spread your heart as much as you can. A little love goes farther than you think. Stay strong, and keep kicking a**. Love, Austin.’

Malone has been tattooing his face to increase his confidence about his appearance.

‘I’m a ugly-ass motherf***er,’ the star told GQ earlier this year, adding that amassing the tattoos in recent years ‘does maybe come from a place of insecurity, to where I don’t like how I look. 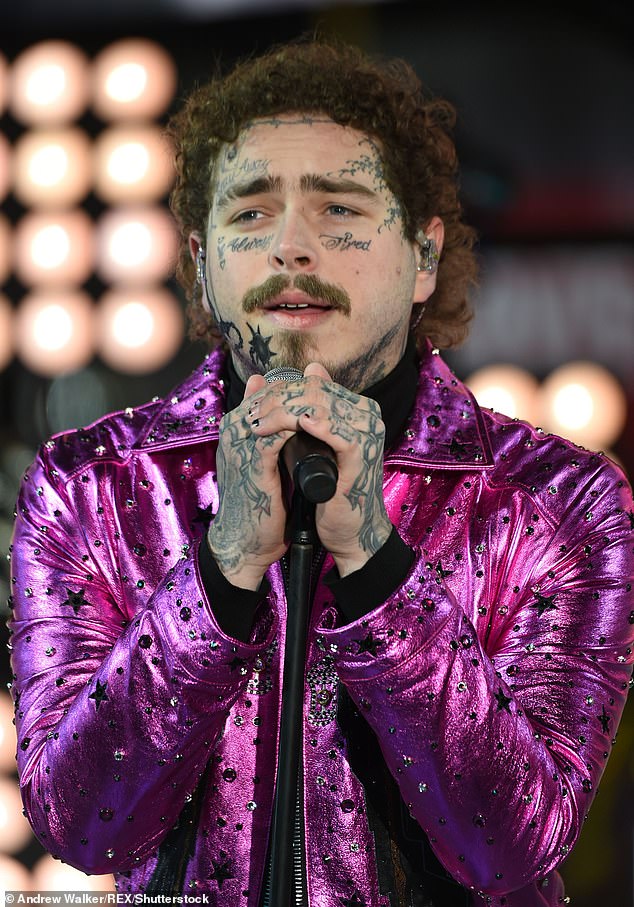 Behind the ink: Malone, pictured 2019, has been tattooing his face to boost his confidence about his appearance

‘I’m going to put something cool on there so I can look at myself and say, “You look cool, kid,” and have a modicum of self-confidence, when it comes to my appearance.’

‘I feel the face tattoos make me interesting to look at. So, where I might lack in handsomeness, I make up for in intrigue at least,’ he added. 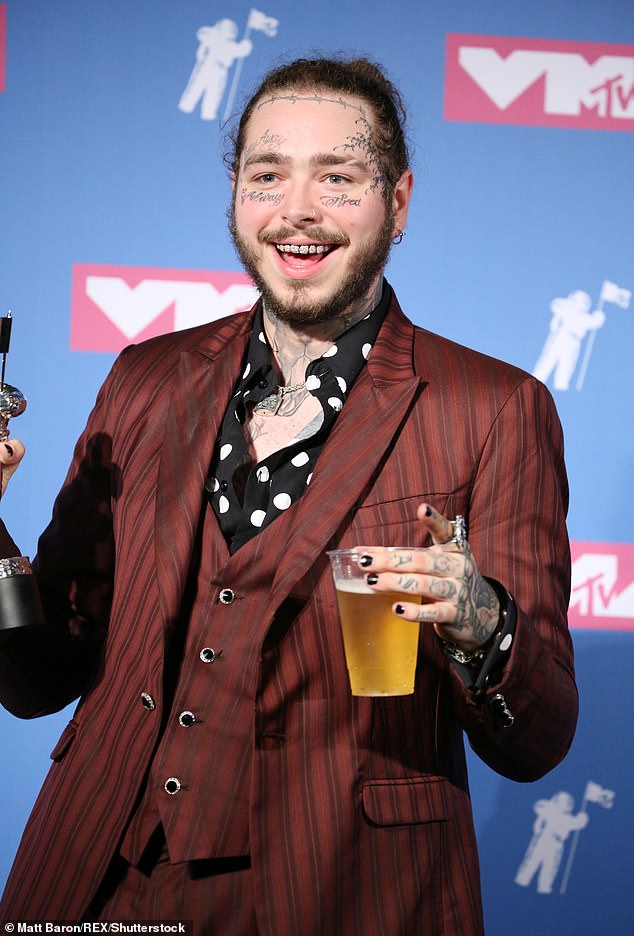 ‘I feel the face tattoos make me interesting to look at’: Malone believes the artwork makes his appearance more intriguing (pictured 2018)

‘I think it looks dope. I think I look mean. Whenever I look in the mirror, I look at myself and it’s not even like they’re there, it’s weird. And then, whenever I get drunk and look at it, it’s like, “Whoa, I (expletive) have all these tattoos all over my face.”‘

Malone expressed similar sentiments when speaking about his facial tattoos during an interview with Tim Westwood TV in 2018.

‘It’s alright, I got a face for radio anyways, so I figured, why not?’ he said, adding, ‘anything to piss my mom off!’ 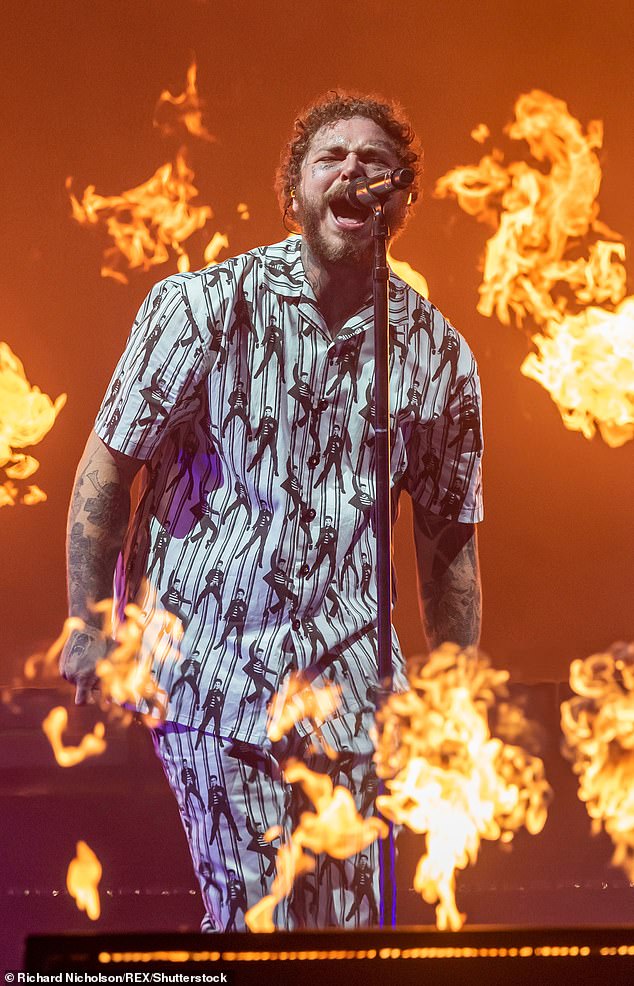 Sing it! The rapper performed at the Leeds Festival in 2019