Property heiress India Rose James once described herself as the ‘Princess of Soho’ — and her opulent 30th birthday party was certainly fit for royalty.

The Harry Potter-themed jamboree included such crazy attractions as a tattoo bar, where society model Frankie Herbert got a ‘permanent reminder’ of the soiree.

Annie Doble, who owns trendy London boutique Annie’s Ibiza, was delighted to be greeted by a live boa constrictor, which she wore draped around her neck. 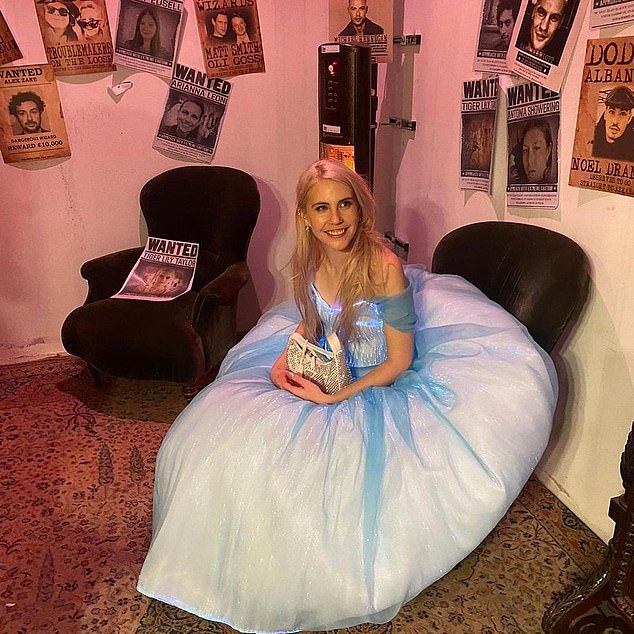 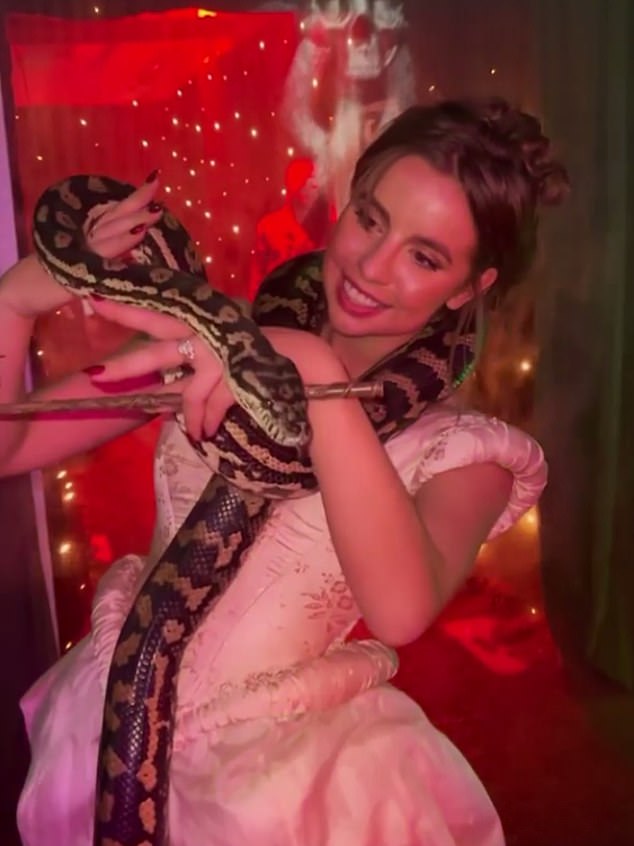 Annie Doble, who owns trendy London boutique Annie’s Ibiza, was delighted to be greeted by a live boa constrictor, which she wore draped around her neck (pictured)

But I’m not sure Ginger Spice would be thrilled with his description of the girls now, though.

‘I got the Spice Girls when they were beautiful, ripe fruit, before they went rotten and smelly, or before it went horribly wrong,’ says the Scottish actor, 56.

‘I had them when they were at that cusp and it was a beautiful time.’

Harrow-educated warbler James Blunt spent most of the pandemic at his villa in Ibiza, but he insists it was no holiday.

The You’re Beautiful singer, who’s married to lawyer Sofia Wellesley, granddaughter of the 8th Duke of Wellington, says: ‘It wasn’t all plain sailing. I was locked in with my mother-in-law for 16 days, 11 hours and 36 minutes.’

Hale co-star and his big admission…

She’s one of the biggest names among young viewers, having starred in hit TV shows including Pretty Little Liars.

But 32-year-old American star Lucy Hale has failed to impress Harry Potter actor Henry Lloyd-Hughes, who appears opposite her in new drama Ragdoll. 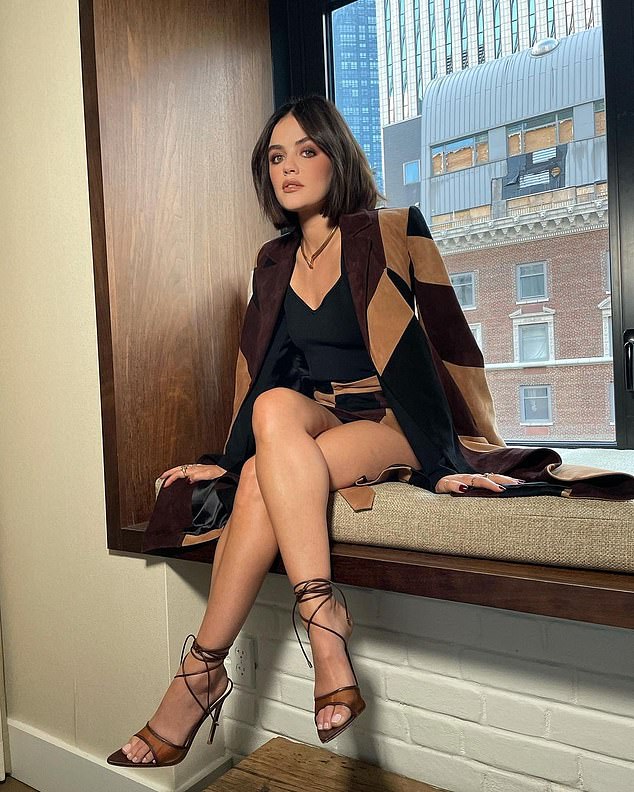 Lucy Hale, 32, who stars in new detective series Ragdoll – about a serial killer in London – on the Alibi channel

‘She’s done a million hours of television — she is so seasoned,’ says Lloyd-Hughes, 36.

‘I’m going to put my hand up and say that I’ve never actually seen any of it — I’m the wrong demographic.’

Jamie Oliver made staff boil over when it came to light that, months before the collapse of his restaurants and the loss of 1,000 jobs in 2018, he had paid himself £5.2 million.

Now, he boasts he’s a model employer, having created a ‘maternal workplace’ for the modern-day woman.

Of his staff, he claims: ‘The thing about my girls is they would work seven days a week for me, they really would — I don’t ask them to, but sometimes they have to.

‘But, at the same time, they can turn up when they like and leave when they like. Even before Covid, they could work from home on Mondays and Fridays.

‘Why? Because women don’t need to be told to be somewhere 9 to 5 to get the job done.’

The Les Miserables star turned up for the party after his gala performance of Cabaret, at the Playhouse Theatre in London, wearing a suit with an overcoat but no jacket. 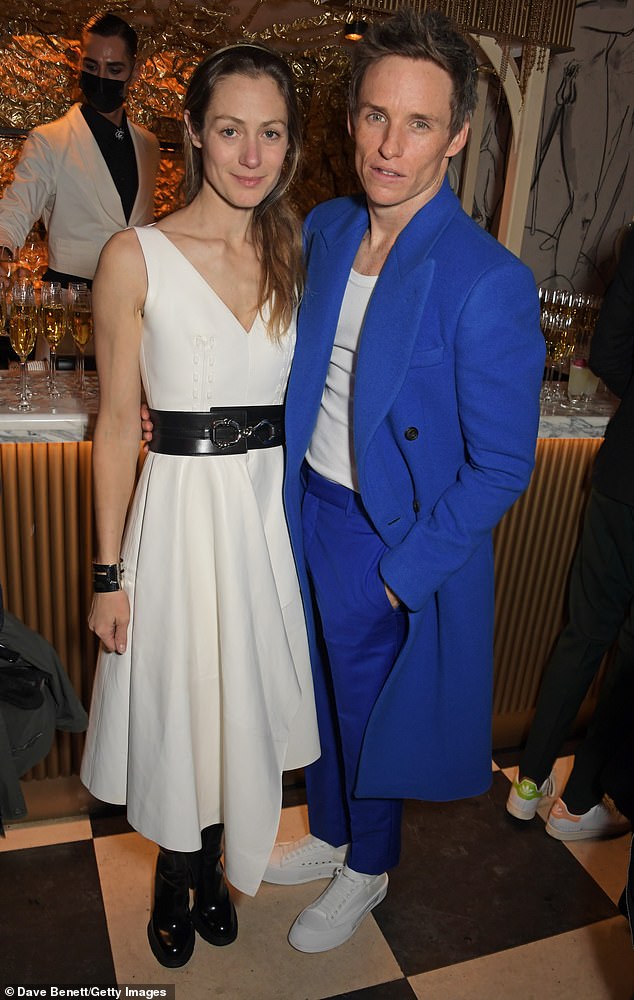 Redmayne, 39, who was joined by his wife Hannah, teamed the royal blue Alexander McQueen wool coat with matching trousers and a white vest.

He plays the part of the Emcee that he previously performed in a student production of Cabaret at the Edinburgh Fringe.

‘I didn’t really see daylight and became skeletal,’ he said.