Oti Mabuse has revealed she now ‘feels comfortable’ and ’empowered’ showing her natural hair to the public in an Instagram snap.

The Strictly Come Dancing professional, 30, discussed her delight at the positive reaction from the public about her look with Red Magazine on Wednesday.

Admitting that she’d only ever shown her fellow Strictly pros or friends her natural look, she said: ‘There were so many people saying they’d never seen my real hair, as I had never wanted to show that side of myself before. 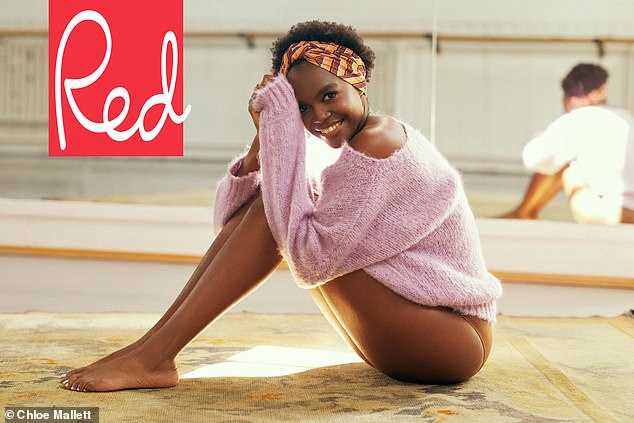 Candid: Oti Mabuse revealed on Wednesday that she now ‘feels comfortable’ showing the public her natural hair as she admitted it ‘was a thing’ she struggled to do before

‘It was really only close friends and the Strictly pros who had seen me like this. It was a thing, you know?

‘You need to feel comfortable opening up about what you look like, before you decide whether or not you want to share that with other people.’

Oti was also asked about the Black Lives Matter movement, but admitted she didn’t want to let her opinion represent others: ‘Being the first black South African woman to do things in my industry has been an asset.

‘I have so many opinions about [racism], but they’re personal. I don’t feel I can represent everyone because people have different experiences. What’s great is that now we feel empowered to share how we feel.’ 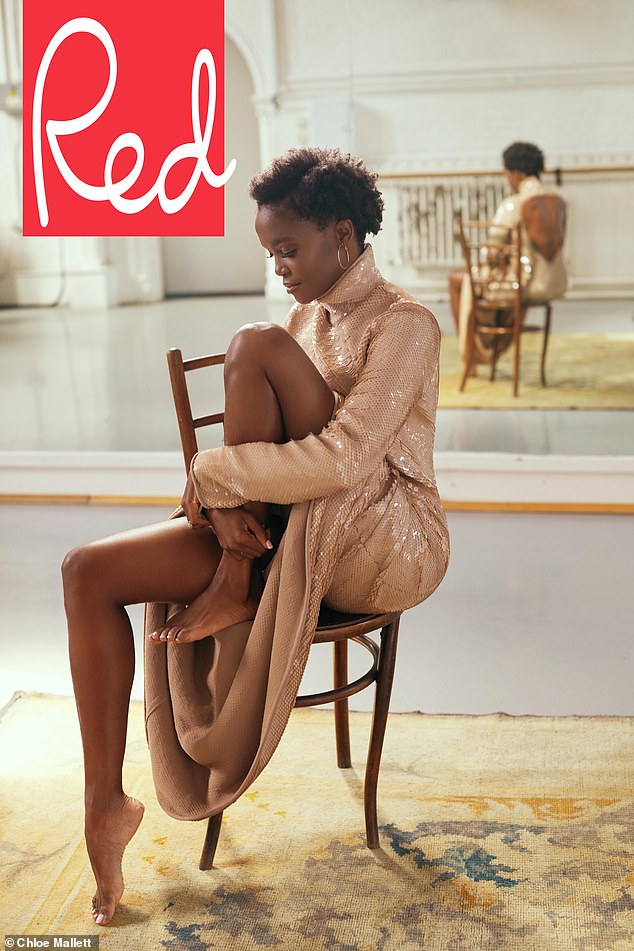 Honest: Admitting that she’d only ever shown friends and fellow Strictly pros her natural look, she said: ‘You need to feel comfortable opening up about what you look like’

Going on to talk about her personal journey to becoming a professional dancer, Oti revealed she was a Civil Engineer before she decided she wanted to follow her heart and move to Germany and make her dreams come true.

Oti said she struggled during this period, as she said: ‘I studied civil engineering at university but, when I qualified, I found myself having to travel a lot for work, going to different sites in different parts of the country, which meant I had to give up dancing.

‘And that just felt very weird. It didn’t make sense. One day, I got home and said: “Mum, it’s just not working out for me.” 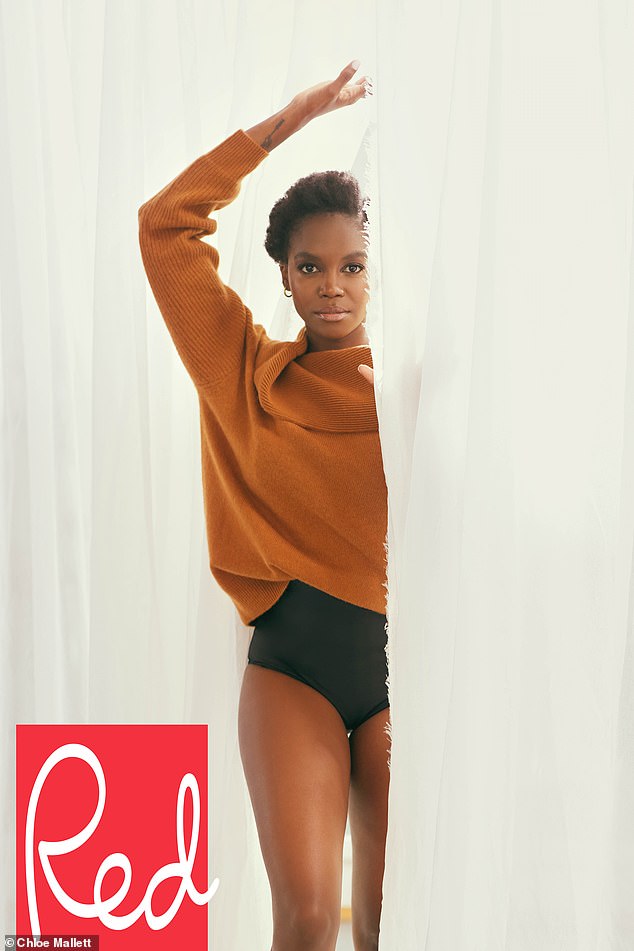 Thoughts: Oti was also asked about the Black Lives Matter movement, but admitted she didn’t want to let her opinion represent others as ‘people have different experiences’

‘She was like, “Okay, then do what you need to do. But if you want it, you have to learn how to get it on your own.” So I just said, “Cool, okay, I’m going back to dancing and I’m moving to another continent.”‘

The dancer went on: ‘I think it’s a good thing to be ambitious and to set your sights on things.

‘When I say I’m ambitious, I don’t mean I’ll take people out to achieve what I want – I have my goals and they are mine. I work hard and I’m disciplined. If I try something, I know I’m going to give it 120%’

During her time in Germany, Oti’s sister Motsi set her up with now husband Marius Iepore, who she has been married to since 2012. 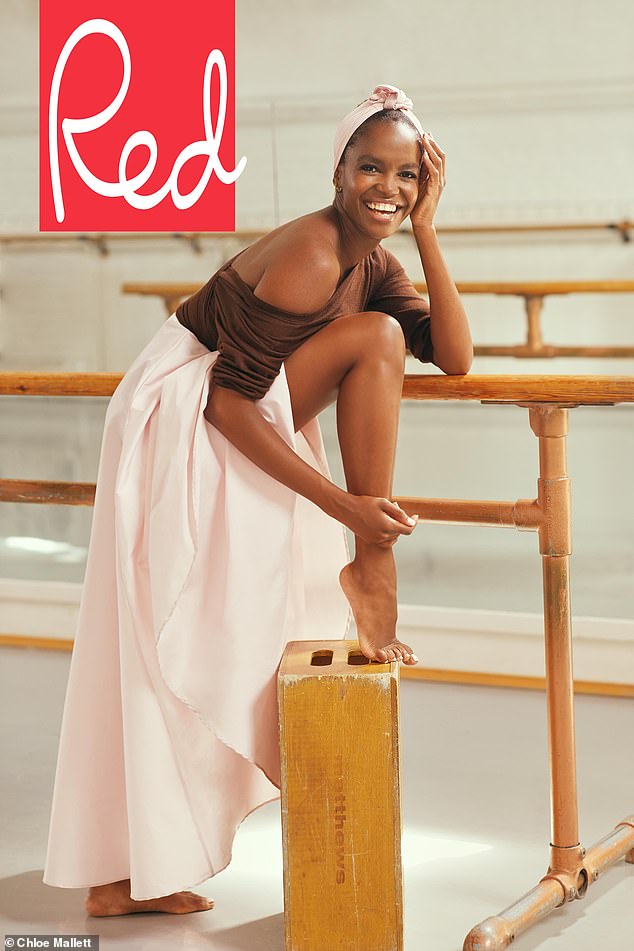 Romance: Oti also spoke of how her sister Motsi set her up with now husband Marius Iepore, who she married in 2012, and said she knew immediately that he was ‘the one’

‘When I said I wanted to become a professional dancer, Motsi suggested a few boys I could trial with as dance partners,’ Oti explained. ‘Marius was the first and only try-out I had. I cancelled all the others. I was like, “This is the one.”‘

Oti is set to return to Strictly Come Dancing in late September, and is currently in the midst of rehearsals with her fellow professionals for their pre-recorded big numbers.

While the stars of the show have been spotted at the hotel they are quarantining together in, Oti didn’t elaborate much on how filming will work during the pandemic. 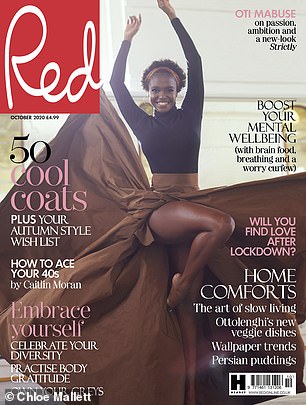 For more: Read the full interview with Oti Mabuse in the October issue of Red, on sale the 2nd of September

‘For the first part, all the pros will be quarantining, learning our group numbers and pre-recording them. We’ll have to be flexible to make the show work,’ she said.

Fans have been awaiting the return of Strictly Come Dancing amid uncertainty of its future due to the coronavirus pandemic.

BBC director of content Charlotte Moore recently spoke at the Edinburgh TV Festival about Strictly and confirmed the show was ‘absolutely coming back’ and the celebrity line-up will be be confirmed at the end of the month.

Charlotte added that it will be a ‘special series’ this year with a shorter run, and that due to the current circumstances ‘the dances will have real poignancy.’

Read the full interview with Oti Mabuse in the October issue of Red, on sale the 2nd of September. It is available in all supermarkets and online at MagsDirect 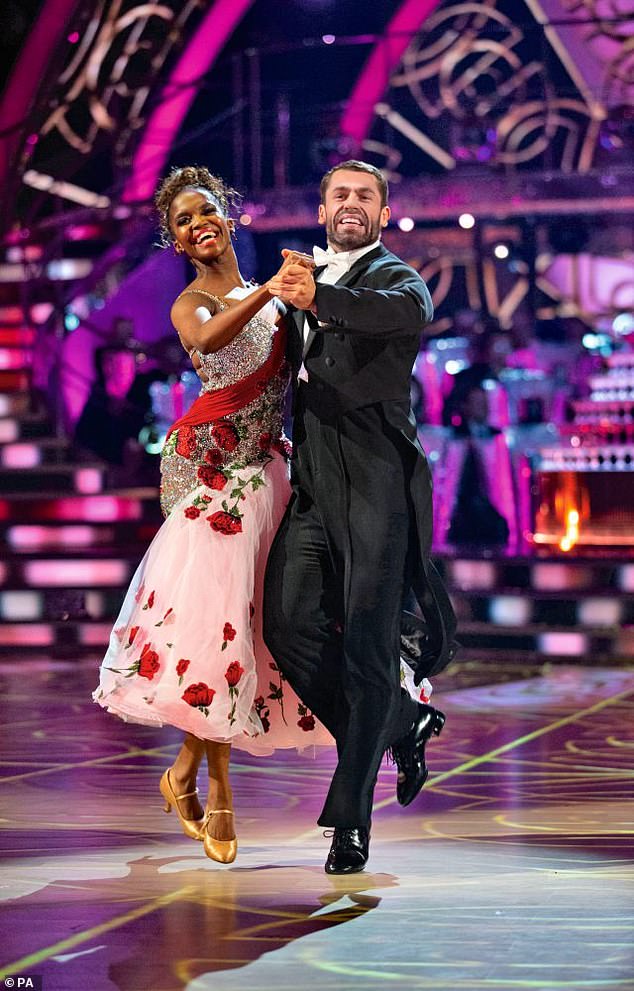 Exciting: Oti is set to return to Strictly in late September, and is in the midst of rehearsals with her fellow professionals for their pre-recorded numbers (pictured with Kelvin Fletcher in 2019)