Nicole Kidman claims her adopted kids with ex Tom Cruise chose Scientology over her, but hopes to heal the rift with Connor, 24, and Isabella, 26, despite not getting invited to her daughter’s wedding

Nicole Kidman believes that her fractured relationship with her two oldest children was caused by Scientology.

The actress claims that Connor, now 24, and his sister Isabella, 26, chose to immerse themselves in the polarizing belief system after her split from Tom Cruise, with whom she adopted the two.

Scientologists are forbidden from having close or meaningful relationships with those outside the faith according to a number of former members, who say that these individuals are referred to as suppressive persons.

This meant that Kidman was forced to watch from afar as her children grew into adults, and even had to miss out on her daughter’s 2015 wedding despite being in London on the West End when her daughter was married in the city.

She is now trying to heal the rift between them though, and it seems her daughter may be doing the same, recently naming her fashion line after her mother – Bella Kidman Cruise. 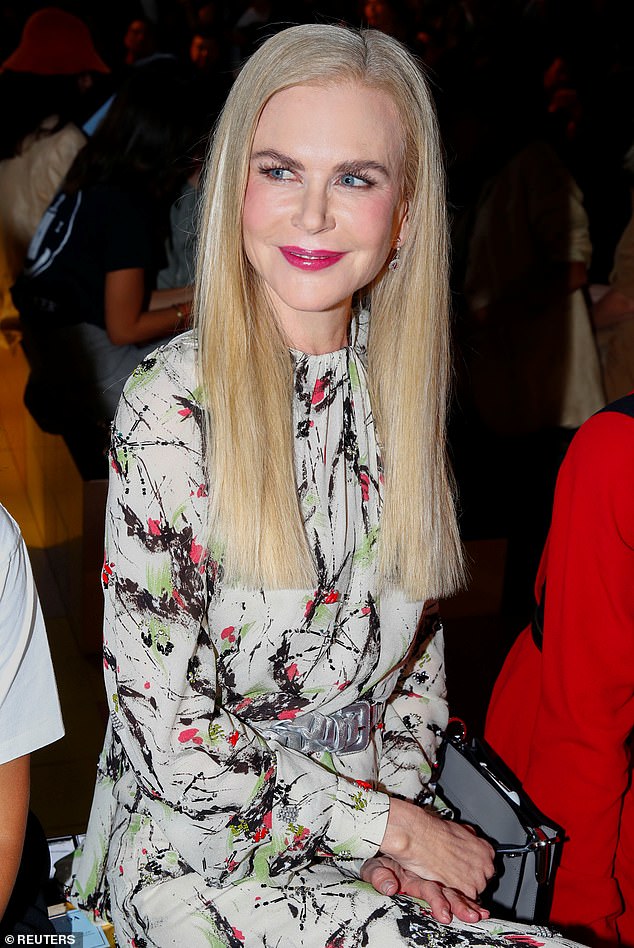 Peace: Nicole Kidman revealed she’s finally healing the rift between Isabella, 26, and Connor, 24, as she now has an amicable relationship with their dad and her former husband Tom 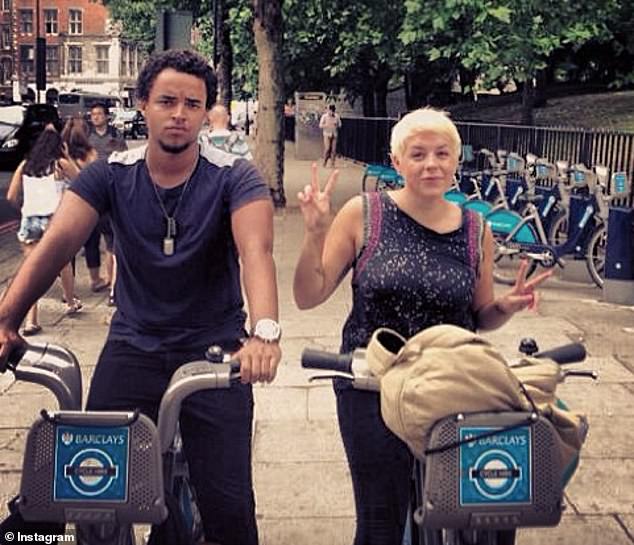 Scientology siblings: The actress claims that Connor, now 24, and his sister Isabella, 26,(above) chose to immerse themselves in the polarizing belief system after her split from Tom Cruise 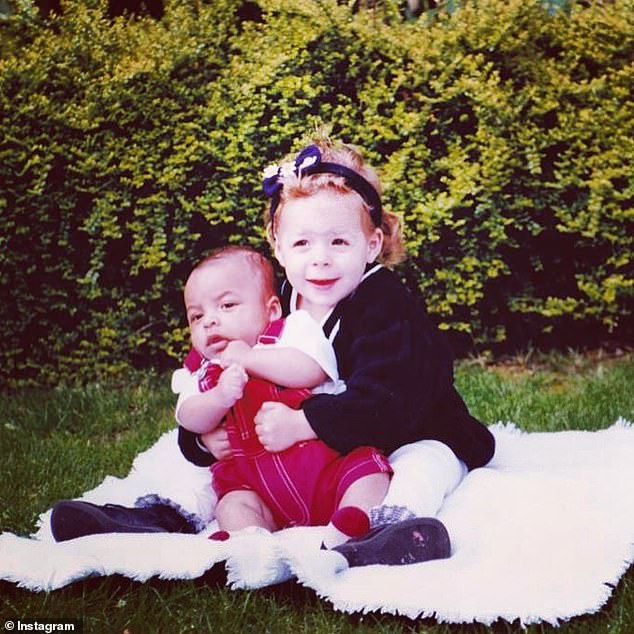 Heartbreak: This meant that Kidman was forced to watch from afar as her children grew into adults

The Australian actress adopted Connor and Isabella with Tom when they were married, with the pair going on to split in 2001.

In quotes previously published by Red magazine, the actress said: ‘Motherhood is about the journey. There are going to be incredible peaks and valleys, whether you are an adopting mother or a birth mother. What a child needs is love.’

She said to Who.com.au: ‘They have made choices to be Scientologists. It’s our job as a parent to always offer unconditional love.’

It was said that Nicole’s relationship with her kids was so strained that she was rumoured to have been banned from son Connor’s wedding to fiancée Silvia. 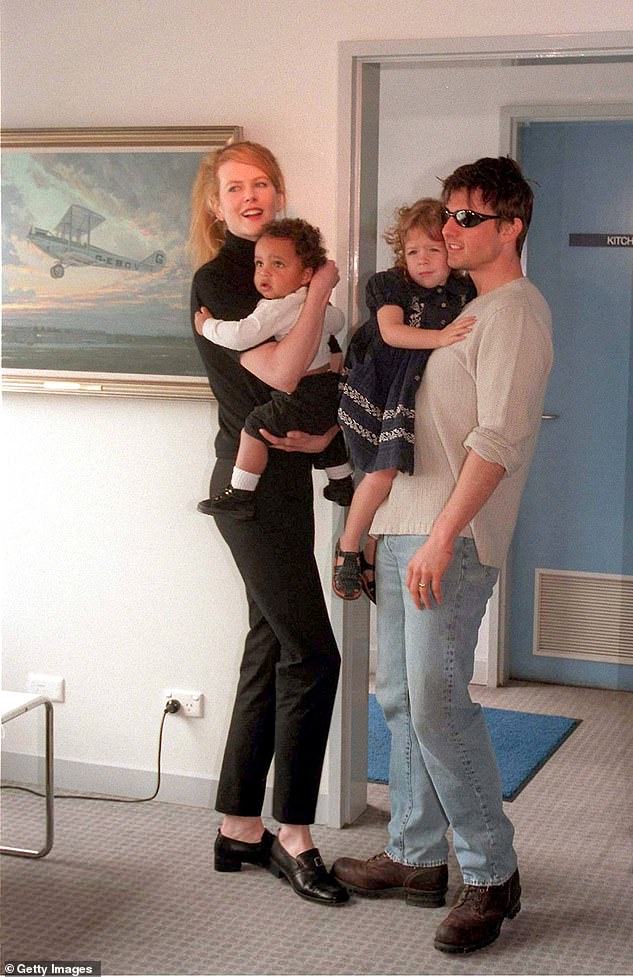 A mother’s love: The Big Little Lies star, 52, revealed that it’s ‘her job’ to offer ‘unconditional love’ as she comes to terms with their choice to follow the controversial religion Scientology

Silvia has been dubbed the ‘Scientology Princess’ and is the leader of the Italian arm of the Scientology church.

‘Tom is behind this and what he wants is as good as law,’ a source reportedly told RadarOnline.com back in March. ‘Tom made the call and Connor followed.’

Connor, a former DJ who is now into deep sea fishing, ‘worships the ground his father walks on’ the source added, claiming he would never disobey the 57-year-old actor.

While Nicole is also said to have had at one point little contact with daughter Isabella, who is now married and lives in Croydon. 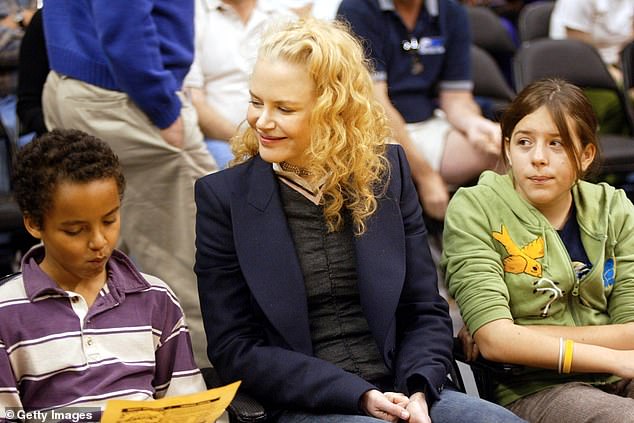 Family rift: She famously grew apart from her two eldest children after they opted to follow their father Tom Cruise into Scientology

However, it seems as though the Hollywood actress has come to terms with her children’s decision, and will stand by them no matter what.

A further quote from the publication reveals she said: ‘It’s not about anything else other than, “I’m here to love and support you”.

After their split in 2001 Tom retained custody of their two children.

At the time, their kids – who had been raised in the Church of Scientology – chose to stay with their father.

The Big Little Lies star has refused to talk about the religion or her family ties in recent years and she is said to have been absent from many of her children’s life events including Isabella’s wedding to Max Parker at the Dorchester hotel in London in September 2015. 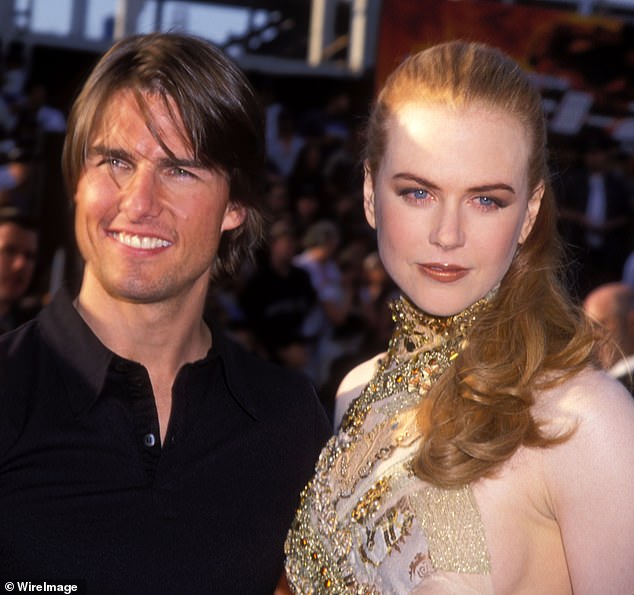 Happier times: The Australian actress adopted Connor and Isabella with Tom when they were married, with the pair going on to split in 2011

Meanwhile, Nicole is rumored to blame Scientology for ruining her marriage and separating her from Connor and Isabella.

In her book Troublemaker: Surviving Hollywood and Scientology, ex-Scientology member Leah Remini claimed that Nicole was labeled a ‘suppressive person’ or ‘SP’ by the church after leaving.

The Insider reportedly told Radar, ‘First, Tom would never even consider inviting Nicole to Connor’s wedding because she’s considered a ‘suppressive person’ by the church — and, second, he doesn’t want her there,’

They added that the Mission Impossible star turned his back on Nicole ‘a long time ago’ and has never looked back. 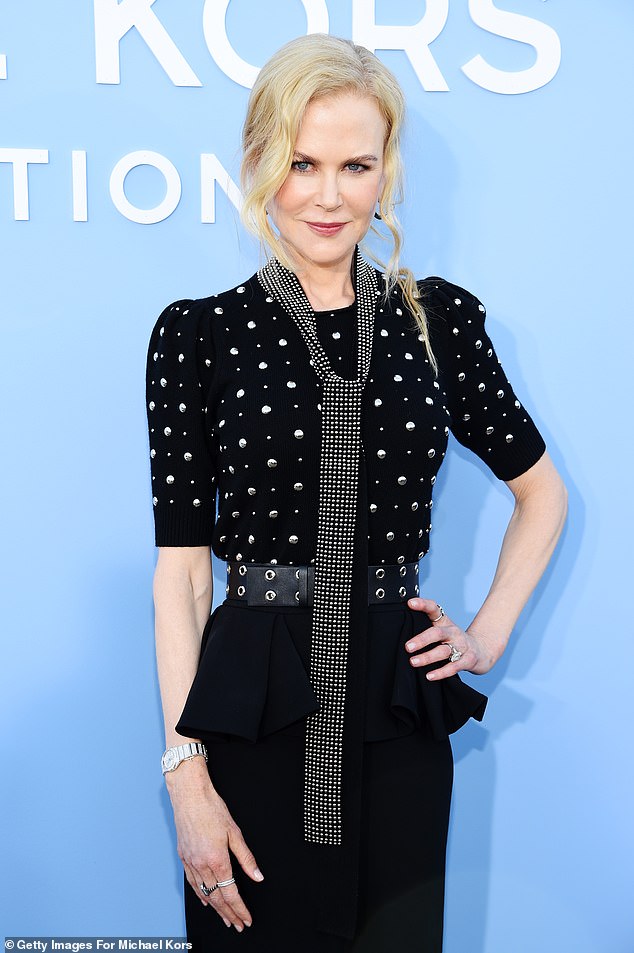 Supportive: ‘They have made choices to be Scientologists. It’s our job as a parent to always offer unconditional love’

Nicole also mom to two daughters, Sunday, 10, and Faith, eight, with husband Keith Urban who she’s been married to since 2006.

Tom also has daughter Suri, 12, from his marriage to Katie Holmes.

Nicole gave no hint of a rift with her two eldest children in an interview with Who magazine last year.

‘I’m very private about all that. I have to protect all those relationships. I know 150 per cent that I would give up my life for my children because it’s what my purpose is.’

When pressed further about her kids’ relationship with Scientology Nicole replied, ‘They are able to make their own decisions.

‘They have made choices to be Scientologists and as a mother, it’s my job to love them.’ 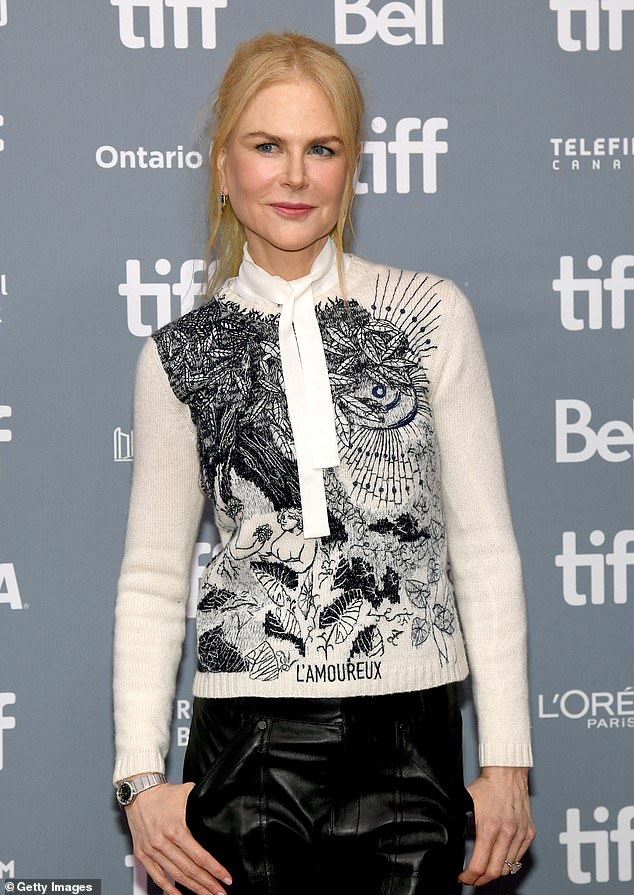 Moving on: It’s not about anything else other than, “I’m here to love and support you”