Haywood, 31, has been held in Los Angeles jails and mental health facilities on $US1.05 million ($1.55 million) bail since his arrest outside Kerr's home almost three years ago. 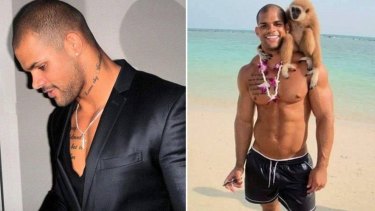 Central Coast boxer Shaun Haywood is accused of the attempted murder of a security guard outside supermodel Miranda Kerr’s Malibu home in 2016.Credit:Instagram

In September last year he was ruled competent to stand trial. But during an appearance in Los Angeles Superior Court on Tuesday, Judge Alan Schneider was told new assessments by defence and prosecution psychologists concluded Haywood unfit.

"In view of that the court finds the defendant is not competent to stand trial," Judge Schneider said.

Haywood, a former boxer from the NSW Central Coast, was escorted into court dressed in a thick blue safety smock designed to prevent self-harm.

He was also handcuffed. 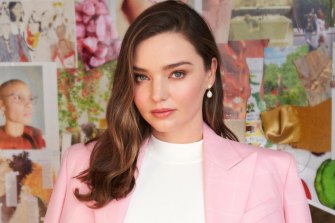 Haywood claimed during the proceedings that his bail had been paid before the psychologists filed their recent reports.

Judge Schneider responded there was no record of that in the court file.

Haywood's future continues to remain in limbo behind bars.

A hearing next month will determine the type of facility in which Haywood is to be held.

He was arrested outside Kerr's home on October 14, 2016 after allegedly engaging in a violent struggle with the model's security guard.

He allegedly grabbed the guard's knife and slashed his face.

The guard responded by shooting Haywood, according to authorities.

Kerr was not home at the time.

Haywood was charged with attempted murder, aggravated mayhem and assault with a deadly weapon and if convicted faces a potential life prison sentence.