‘I was left crying with how sore my cracked, bleeding nipples were’: New mum Millie Mackintosh reveals she nearly gave up on breastfeeding as she nurses Sienna Grace in candid snap

Millie Mackintosh has revealed she nearly gave up on breastfeeding because of how sore her ‘cracked, bleeding nipples’ were during her first five days of motherhood.

The former Made In Chelsea star, 30, took to Instagram on Monday to share a sweet image of herself nursing daughter Sienna Grace, two months, as she reflected on her challenging experience, which left her ‘crying in pain’ and worsened her anxiety.

After seeking advice on social networking app Peanut, the blogger said she now feeds her baby girl using ‘life-saving’ nipples shields and encouraged fellow parents to share their stories and tips in a bid to help others. 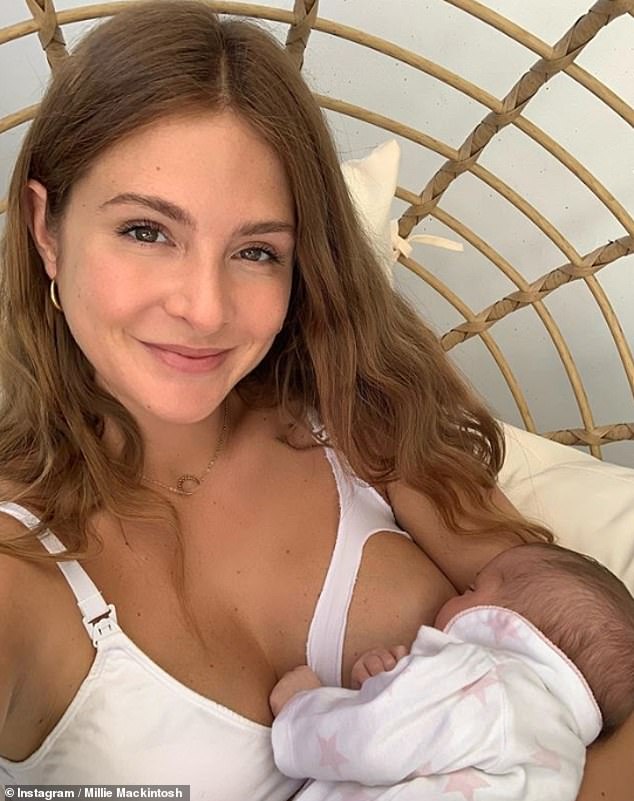 Candid: Millie Mackintosh shared a sweet image of herself nursing daughter Sienna Grace, two months, onto Instagram on Monday as she has revealed she nearly gave up on breastfeeding

The media personality, who shares Sienna with husband Hugo Taylor, looked radiant in the image as she breastfed her newborn through her white, non-wired nursing bra.

In a lengthy caption, Millie said that her child is now a ‘good eater’, adjusting to being a mother was ‘tough’.

The reality star detailed: Let’s talk about breastfeeding – I found it really tough at the beginning. Although Sienna now latches on easily and is a good eater, it definitely didn’t start that way.

‘The first few days I had blistered, cracked nipples and the pain was so intense, I really didn’t know how I was going to carry on.’ 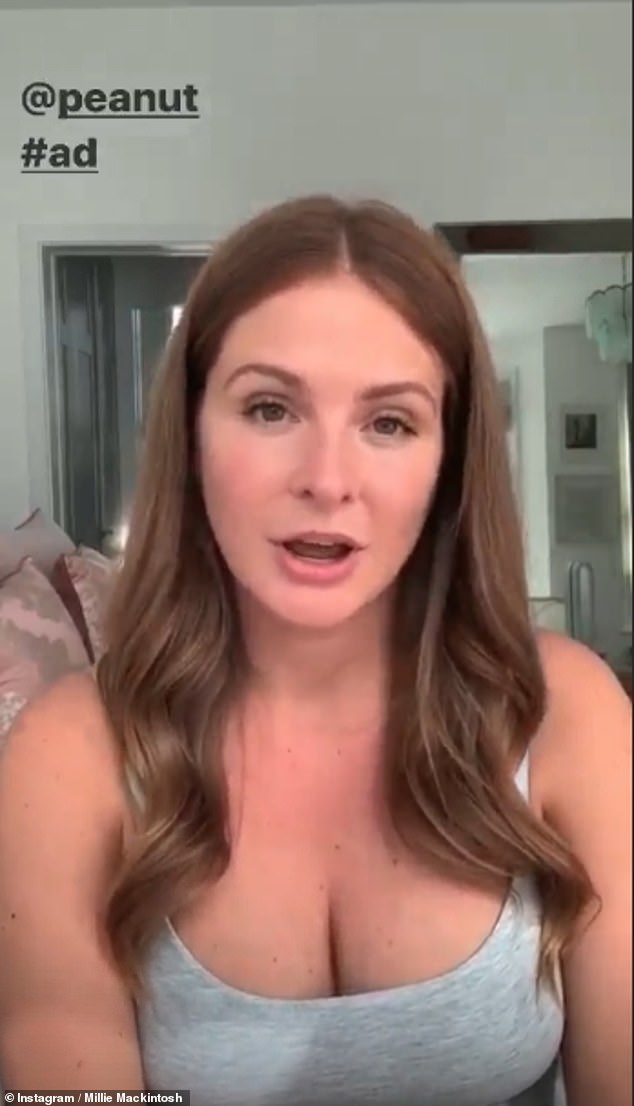 ‘I was left crying with how sore my cracked, bleeding nipples were’: The former MIC star, 30, reflected on her experience, which left her ‘crying in pain’ and worsened her anxiety 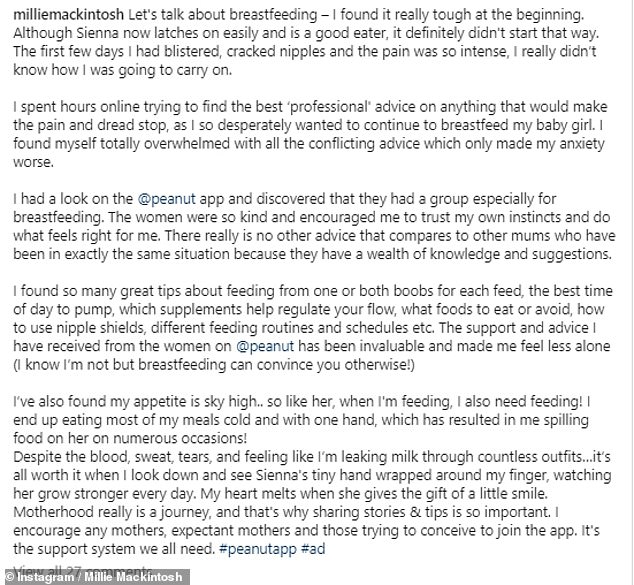 The blonde beauty spent ‘hours online trying to find the best professional advice’ on ‘anything that would make the pain and dread stop’ as she ‘desperately’ wanted to continue to breastfeed.

Explaining the effect of painful experience on her mental health, she said: ‘I found myself totally overwhelmed with all the conflicting advice which only made my anxiety worse.’

Millie was later advised to check out the Peanut app, where she sought guidance from a help group specifically catered to breastfeeding.

Praising the women from the fertility and motherhood platform, she gushed: ‘They were so kind and encouraged me to trust my own instincts and do what feels right for me. 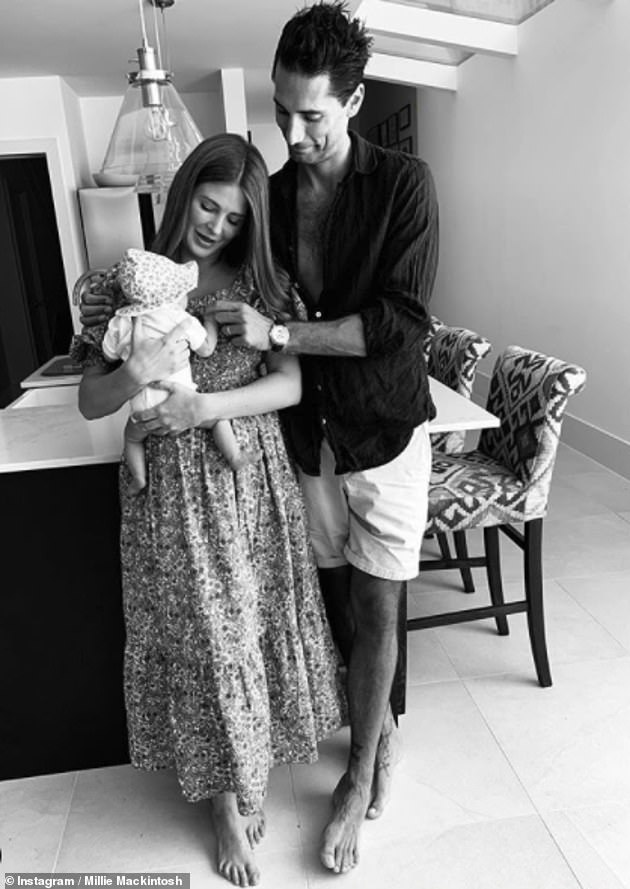 ‘There really is no other advice that compares to other mums who have been in exactly the same situation because they have a wealth of knowledge and suggestions.

‘I found so many great tips about feeding from one or both boobs for each feed, the best time of day to pump, which supplements help regulate your flow, what foods to eat or avoid, how to use nipple shields, different feeding routines and schedules etc.

‘The support and advice I have received from the women on @peanut has been invaluable and made me feel less alone (I know I’m not but breastfeeding can convince you otherwise!)’

The social media influencer also revealed caring for Sienna has resulted in a ‘sky high’ appetite, eating cold meals with one hand, and accidentally spilling food on herself and her baby. 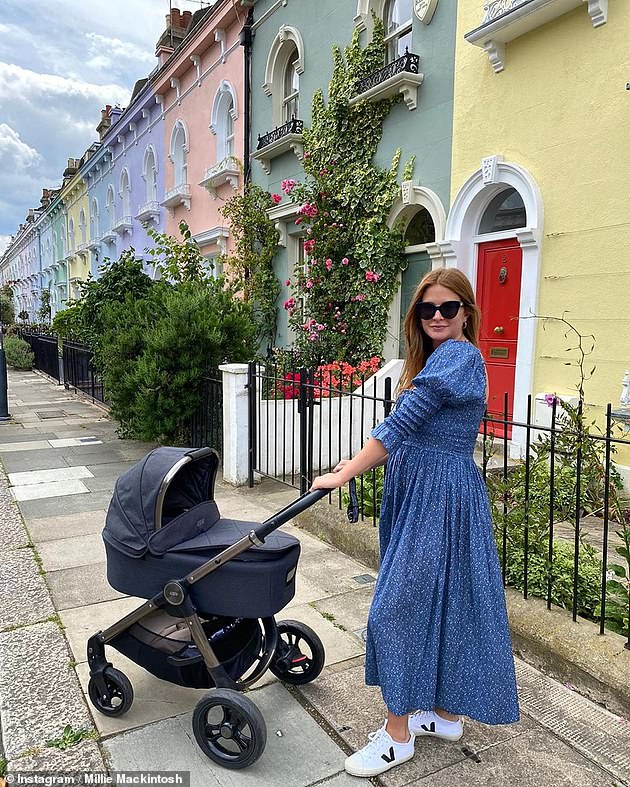 Getting into the swing of things: The TV star said that her child is now a ‘good eater’, adjusting to being a mother was ‘tough’ (pictured last week)

Insisting the trials and tribulations are outweighed by the positives, Millie added: ‘Despite the blood, sweat, tears, and feeling like I’m leaking milk through countless outfits…

‘It’s all worth it when I look down and see Sienna’s tiny hand wrapped around my finger, watching her grow stronger every day. My heart melts when she gives the gift of a little smile.

‘Motherhood really is a journey, and that’s why sharing stories & tips is so important. I encourage any mothers, expectant mothers and those trying to conceive to join the app. It’s the support system we all need. #peanutapp #ad.’

The TV star elaborated on her ordeal in a separate video uploaded to her Instagram Stories, where she credited nipple shields for alleviating the pain of breastfeeding ‘instantly’. 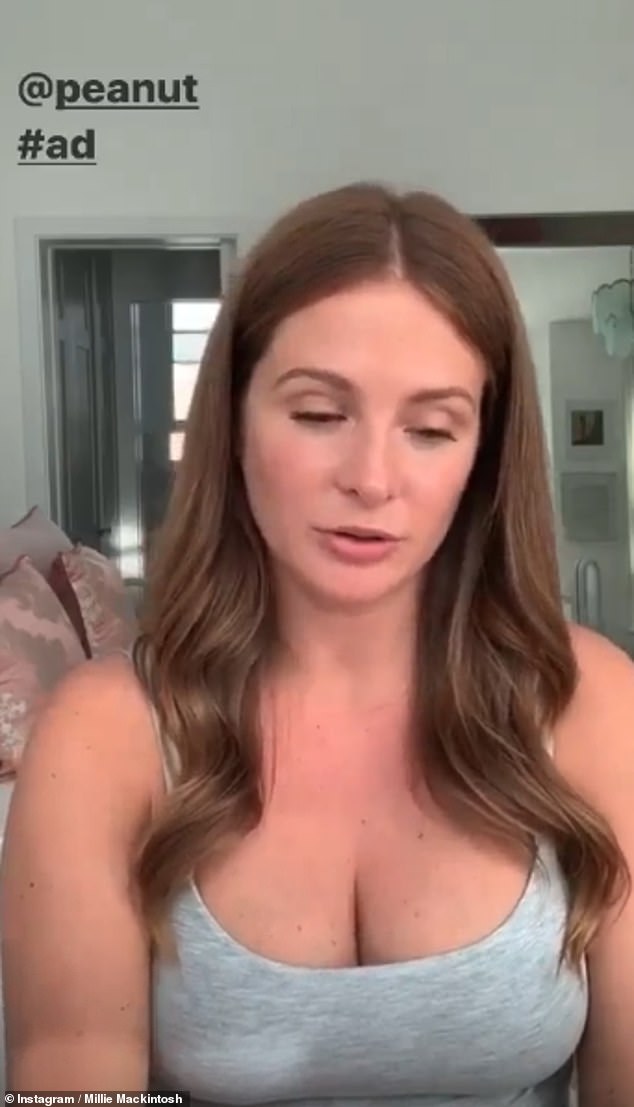 ‘It’s all worth it’: Millie insisted the trials and tribulations are outweighed by the joys of parenthood 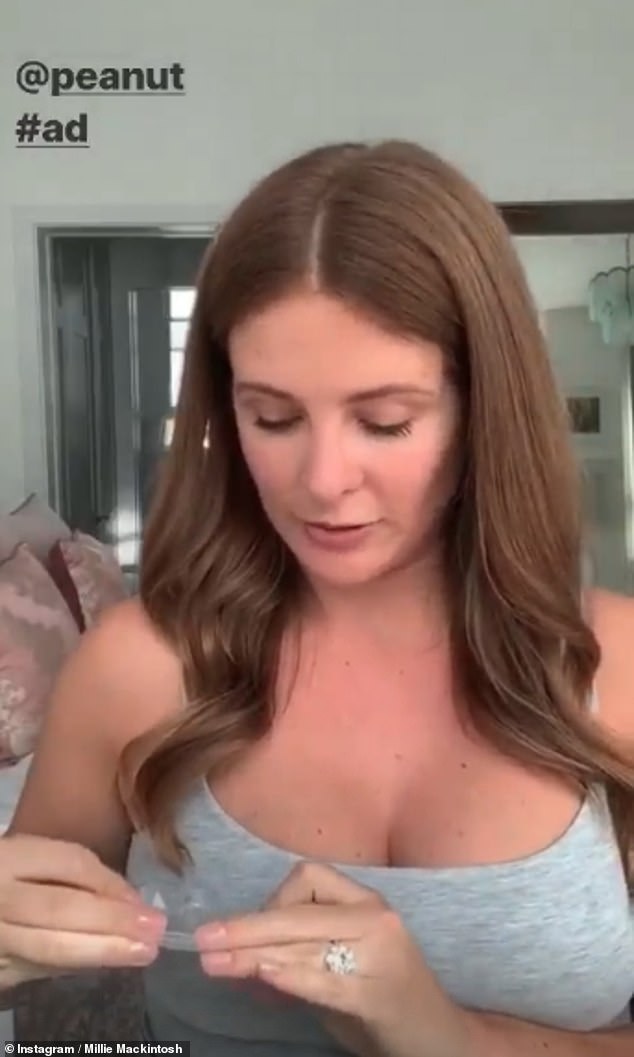 ‘Life savers!’ The blonde elaborated on her ordeal in a video uploaded to her Instagram Stories, where she credited nipple shields for alleviating the pain of breastfeeding ‘instantly’

She said: ‘Just following on from my post, I wanted to share a bit more. For me, the first five days were really challenging. I was having cracked bleeding nipples, it was super stressful.’

Claiming Sienna could pick up on her hardship, Millie shared: ‘Every time I had to feed her I thought I couldn’t go through the pain again. I was crying with how sore it was. It really stressed me out and I think Sienna was picking up on that.

‘I was really close to giving up, but what I found really helpful is connecting to other mums on Peanut on the breastfeeding groups, and they recommended I try nipple shields. Instantly there was no pain, so that’s been an absolute life saver for me.’ 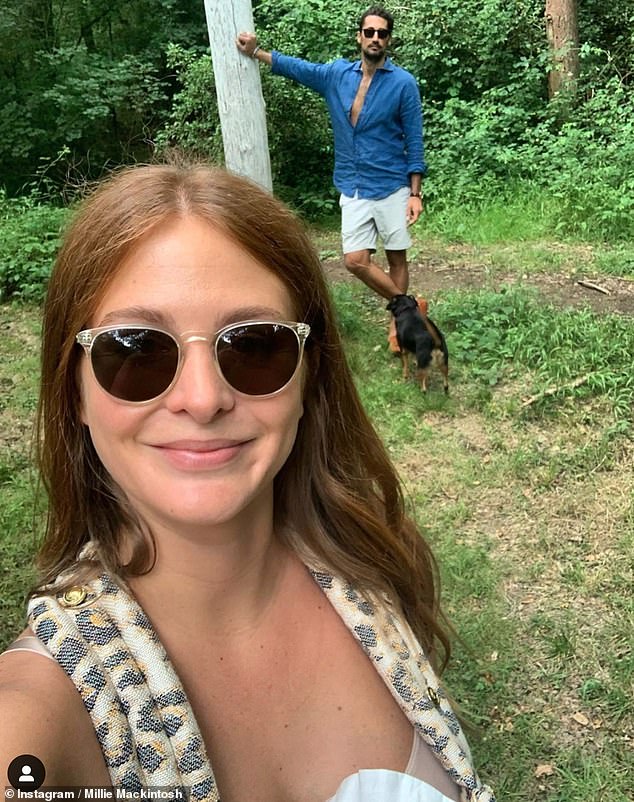 Urging other new mothers to ‘not be afraid of asking for help’, the London native ended her post: ‘I definitely think connecting with other mothers made me feel a lot better about lots of queries and questions I had. I really recommend checking Peanut and I hope it helps you too.’

The couple couldn’t contain their glee as the new mum posed for a smiling selfie with her other half, while carrying her little one on her front.

Millie and Hugo tied the knot in an elaborate ceremony at Whithurst Park in West Sussex two years ago.