Mike Tyson is known for being one of the most dominant boxers of all time, but he’s also infamous for his tumultuous personal life. The former heavyweight champion finished his career with a 50-6 record and over $400 million in career earnings, but constantly had to battle the traumas he experienced while growing up in Brownsville, Brooklyn.

As a youth, Tyson regularly engaged in petty crimes, often robbing people for their cash, jewelry, and clothing. By the time he was 13 Tyson had been arrested 38 times, meeting his first boxing trainer, Cus D’Amato, after being sent to a reform school in upstate New York.

Tyson was able to let go of his criminal past after discovering boxing, but his friends remained in the streets. Many of them are in prison now, serving life sentences for unnamed crimes. However, despite all of his fame and success, Tyson still visits his imprisoned friends. 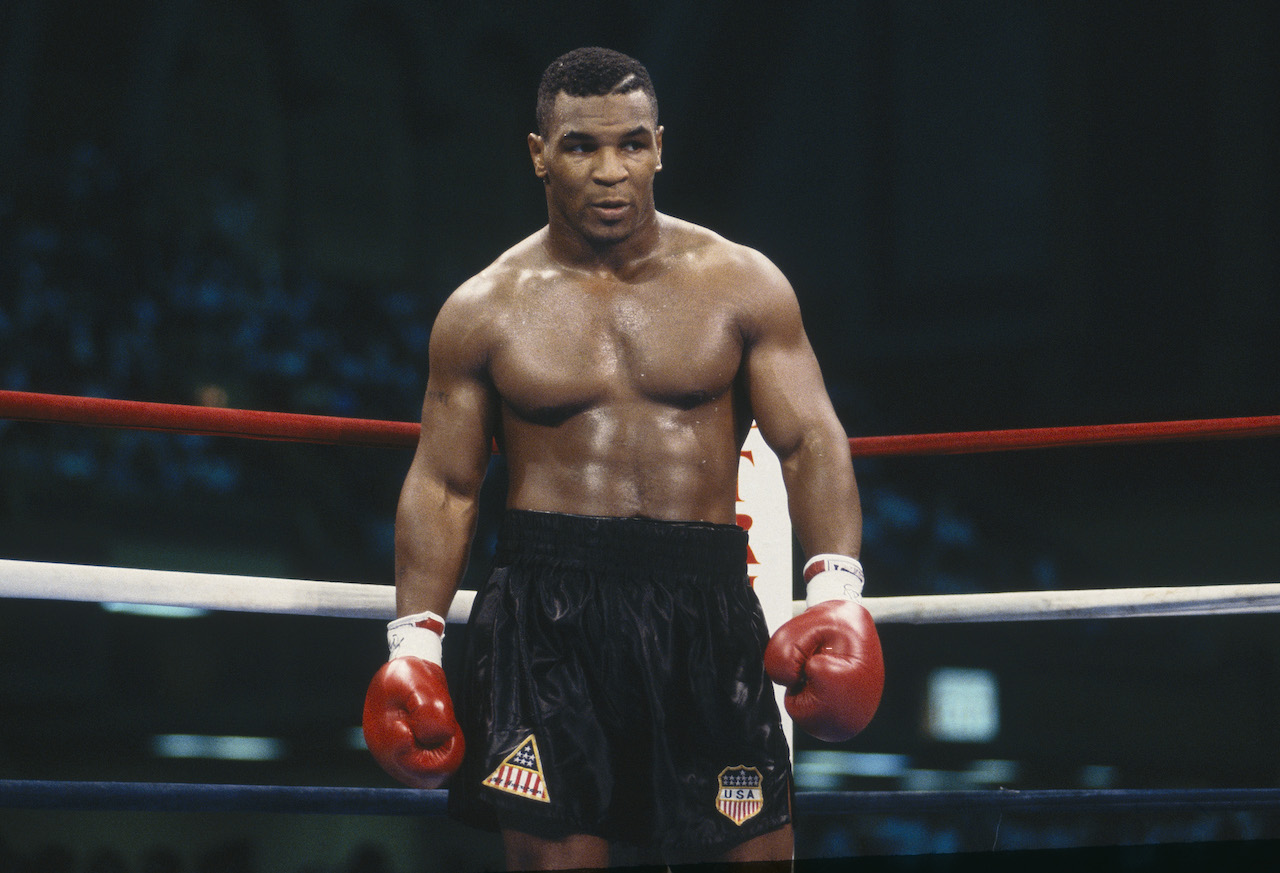 Tyson reflected on his early life during an episode of his Hotboxin’ podcast, noting that he often hung out with his childhood friends after achieving success, even though they’d still be committing crimes.

“Back then I used to be locked up a lot,” Tyson said. “After I stopped getting locked up a lot, I started boxing. I stopped doing that sh*t, but I would go out and and I would still see my friends that I would rob with. I would still see them out and they would still be at the club, waiting for people to come out and rob them. They were still doing that bullsh*t, I just wasn’t doing it. But I was still hanging out with them.”

Many people didn’t understand why Tyson would choose to stick around guys who were continuously committing crimes. But Tyson explained that those same guys were the people he’d grown up with his entire life.

“I just watched them do that sh*t,” Tyson said. “Stick up, beating motherf*ckers, take their clothes, their jewelry, and all that bullsh*t. But I was never really into that, I was doing my career. And people saw that my name was getting popular, but they say, ‘Wow, I saw him hanging out with them motherf*ckers.’ … They don’t understand I grew up with these guys … I knew their mothers, they know my mother, and we just grew up together.”

Today, Tyson is grateful he decided to let go of the street life. He sees his friends serving their time and struggles to fathom having to spend his life in prison.

He refuses to abandon his childhood friends

Regardless of the choices his friends have made, Tyson can’t see himself forgetting about them.

“It’d be weird if I didn’t see them or talk to them on the phone, it’s just really weird,” Tyson said. “It’s really really weird to think that they might die in there.