Jumping Jack FLASH! Mick Jagger delights fans as he lifts up his top in response to TOPLESS blonde in the audience at Rolling Stones gig in Spain

Sir Mick Jagger delighted his fans at the Rolling Stones gig in Madrid, Spain, on Monday when he flashed his chest at a topless fan.

The rocker, 79, shared the hilarious clip on his Instagram Stories on Tuesday night during a rendition of (I Can’t Get No) Satisfaction.

Wearing a black satin shirt over a black T-shirt and his trademark skinny jeans, he was putting on the performance of a lifetime when he clocked the pretty blonde. 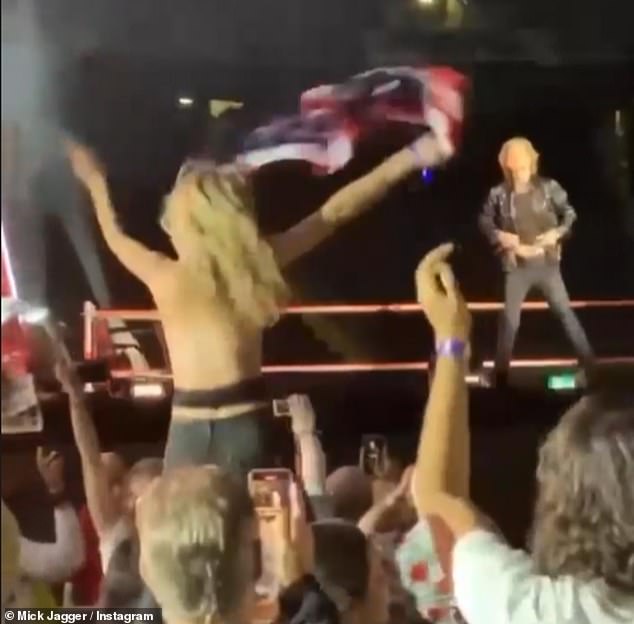 Jumping Jack FLASH! Mick Jagger delighted fans as he lifted up his top in response to a TOPLESS blonde in the audience at a Rolling Stones gig in Spain on Monday 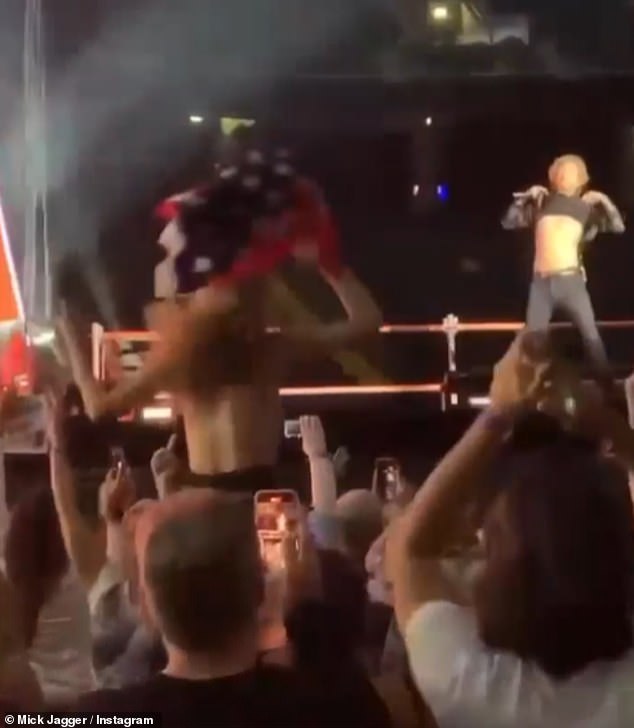 Looks like he CAN get some satisfaction: The rocker, 79, shared the hilarious clip on his Instagram Stories on Tuesday night during a rendition of (I Can’t Get No) Satisfaction

She was sitting on the shoulders of a friend and waving an American flag in the air as she danced without a top or bra on.

Mick, quick as a flash, lifted up his T-shirt before carrying on dancing and energetically throwing his arms up in the air.

The girl could then be seen putting her bra back on.

Mick and the rest of his band are now in Germany and Wednesday night will see the Stones play in Berlin, as part of their SIXTY tour. 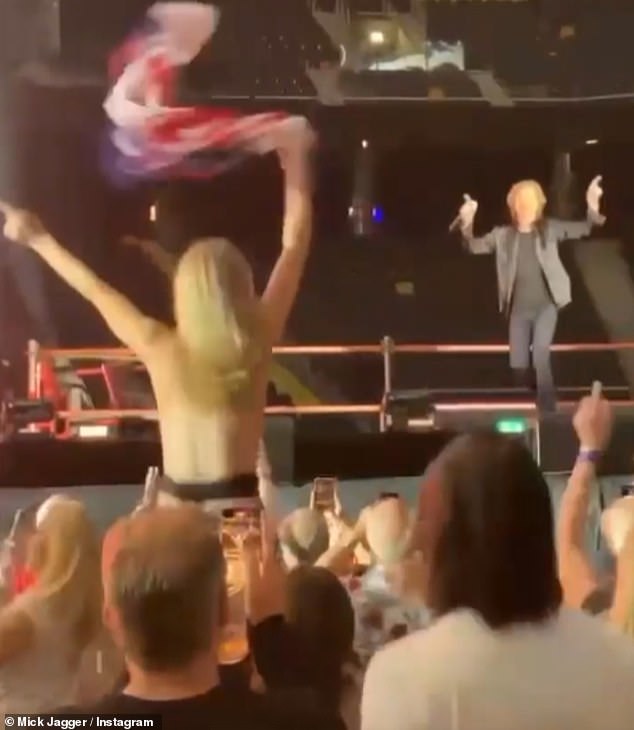 He’s still got it: The girl was sitting on the shoulders of a friend and waving an American flag in the air as she danced without a top or bra on 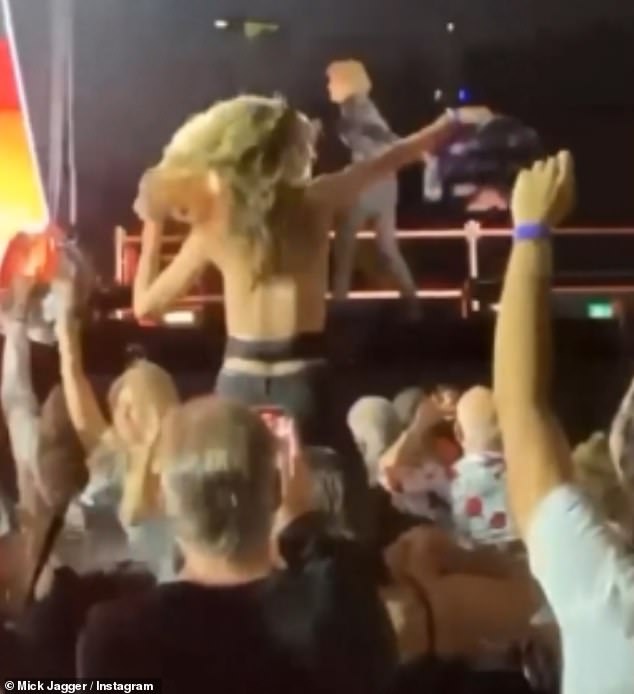 Doing what he does best! After his flash, Mick went back to throwing out his very unique dance moves

The star was treated to a night out of traditional German music and dancing with his family to mark the occasion.

Lucas took to Instagram to share a sweet snap with his ‘Dadda’ as he sat on his knee and was surrounded by the performers dressed in traditional Lederhosen.

Mick himself posted a similar snap to his Instagram grid with the dancers and wrote in the caption: ‘Thank you for all your birthday wishes! Had a great one here in Düsseldorf! xx’ 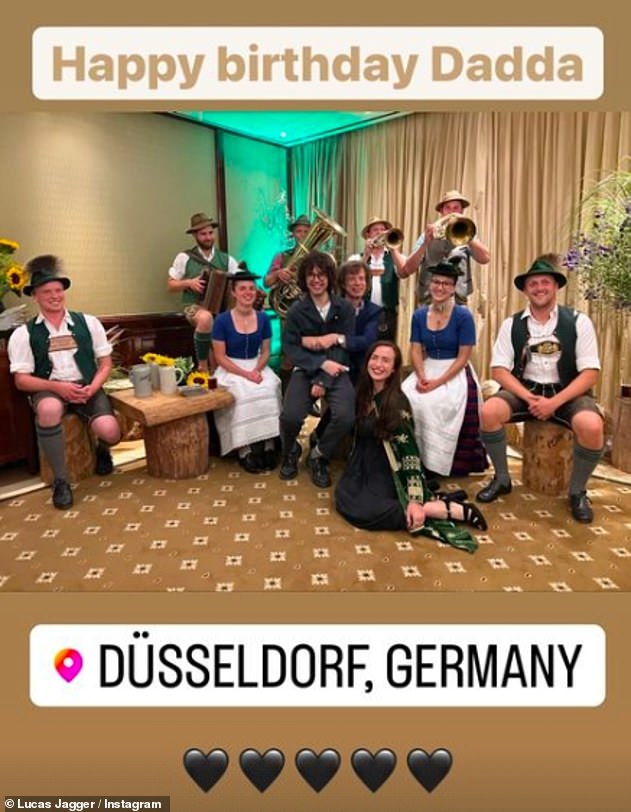 Lucas’ mother is Luciana Gimenez who used to perform as ‘queen of drums’ for The Rolling Stones more than a decade ago.

She famously had an affair with Mick behind his then partner Jerry Hall’s back – resulting in the birth of their son Lucas in 1999.

Luciana discovered that she was pregnant with Mick’s child in 1998 after an eight-month affair, which resulted in Jerry and Mick’s 22-year relationship breakdown.

In 1999 Luciana was described as ‘the straw that broke the camel’s back’ by Jerry during her split from Mick. 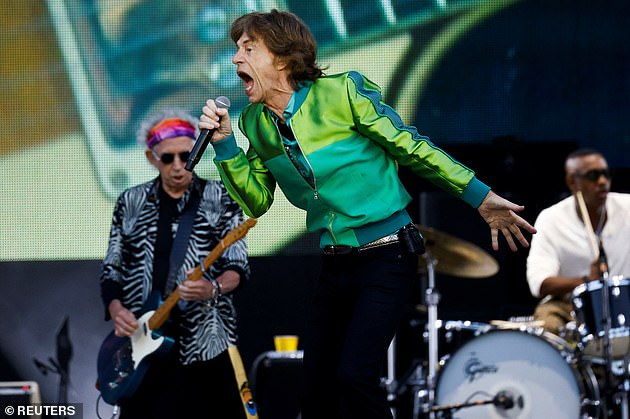 Back in action: The Stones ecently returned to the stage after postponing shows as a result of Mick testing positive for COVID-19 (pictured on stage in Brussels on July 11)

Mick and his current girlfriend Melanie are parents to Deveraux, five.

One of the eldest, Jade, is 45 years older than Deveraux and already a grandmother, which makes him a great-uncle.

His first child, daughter Karis, 51, was a result of a fling with actress and singer Marsha Hunt, he then went onto have daughter Jade, 50, with his then-wife Bianca.

The hitmaker also has four children with Jerry Hall: daughters Elizabeth, 38, and Georgia, 30, and sons James, 36, and Gabriel, 24. 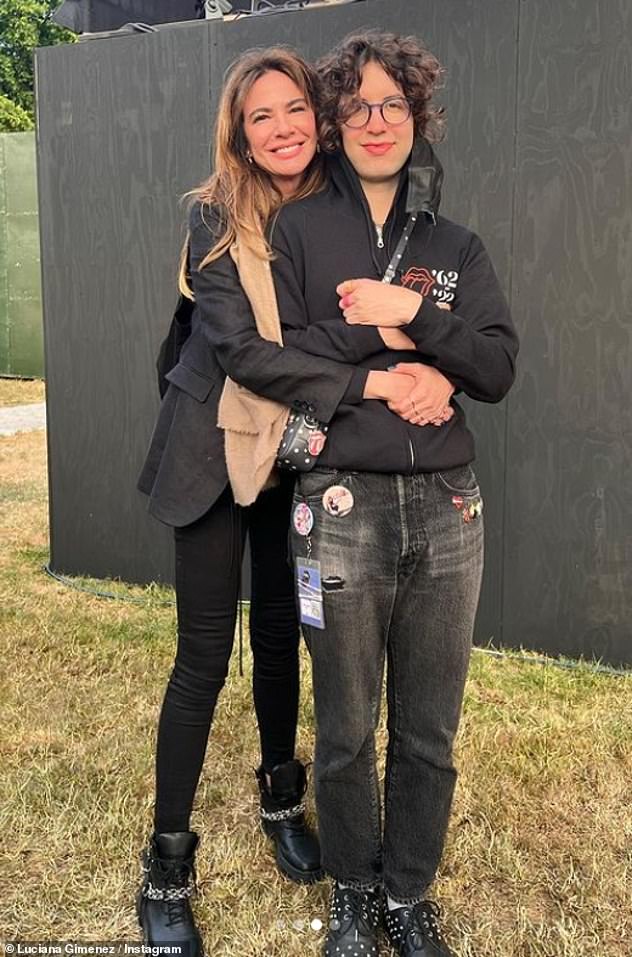