‘She’s aghast at the cheek of it’: Mel B is furious after ‘homewrecker nanny Lorraine Gilles gives her ex Stephen Belafonte $200K for an LA home after receiving $1.8m from the Spice Girl’

A nanny once called a ‘homewrecker’ by Mel B has reportedly given the Spice Girl’s ex-husband Stephen Belafonte $200,000 (£154,000) towards buying a new home.

It is thought that Lorraine Gilles ‘gifted’ the amount to the producer in July last year after she was awarded $1.8m from the settlement of her defamation lawsuit against the singer, reports The Sun.

Mel, 45, was married to Belafonte for 10 years before they split in 2017. They share an eight-year-old daughter, Madison. 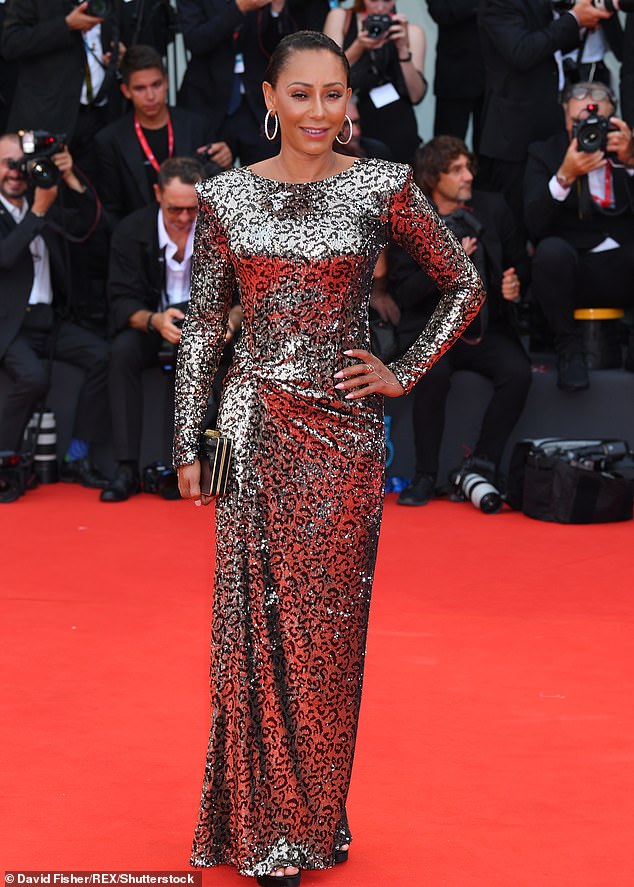 Furious: Mel B is said to be angry after her former nanny Lorraine Gilles ‘gave her ex-husband Stephen Belafonte $200,000 towards buying a $1.1m home in LA’

A source has said it was ‘extremely galling’ for Mel, who is currently living at her own mother’s home in Leeds, to see her ex buying a house with the large sum.

They said: ‘Lorraine got a lot of money from her case against Mel – now it is revealed Lorraine has given hundreds of thousands to Stephen to go towards a house. Mel is aghast at the cheek of it all.

‘She’s also paying Stephen a fortune and she’s got so many legal fees to pay. If she could afford to buy her own house she would — but she can’t.’

MailOnline has contacted representatives to ask for a comment. 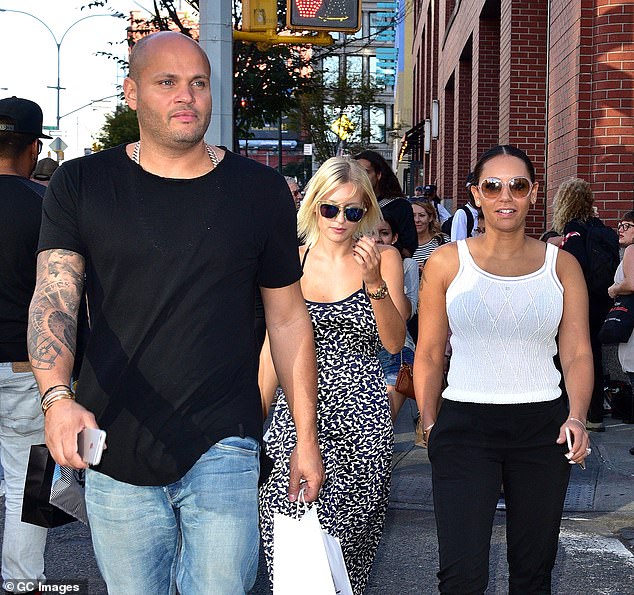 Past: The Spice Girl and Belafonte divorced in 2017 and she paid their former nanny $1.8m in 2019 after settling a defamation lawsuit (pictured with Gilles in 2015)

Court documents filed in California last month are said to show that Belafonte received $200,000 (£154,000) as a ‘gift’ to buy property in July last year.

However they explained that the money was put straight into escrow and not into his band accounts.

The home, which has five bedrooms and four bathrooms – was purchased for £1.1m after Belafonte took out an £820,000 loan, according to the court documents.

But it is understood that Mel’s lawyers have now questioned how he afforded the abode as he had previously declared his income as $1,000 a month. 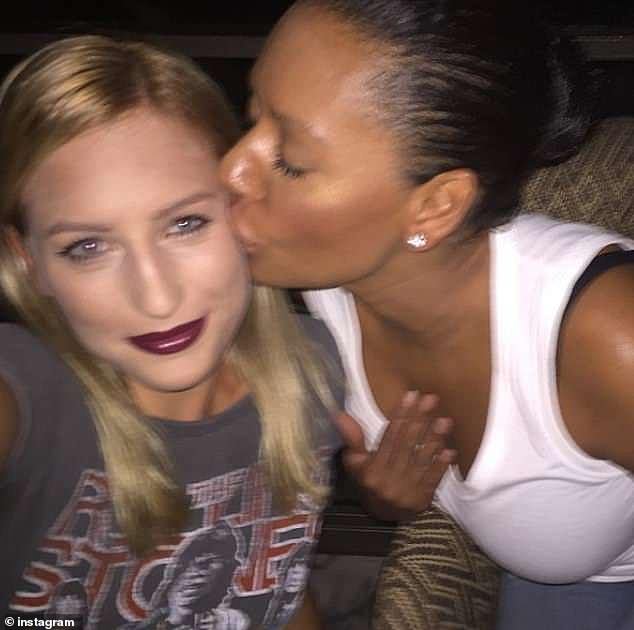 Throwback: Gilles, who was 18 when she was hired by the celebrity couple in 2009, admitted to having sex with both Belafonte and Mel including threesomes during a deposition in the messy divorce case

The couple were divorced in late 2017 amid accusations of physical and emotional abuse from Mel, with Belafonte claiming his ex was a cocaine and alcohol addict.

Gilles, who was 18 when she was hired by the celebrity couple as a nanny in 2009, admitted to having sex with both Belafonte and Mel including threesomes during a deposition in the messy divorce case.

In April 2019, the Spice Girl paid out $1.8m to settle a defamation lawsuit brought against her by Gilles whom she had called a ‘prostitute’ and a ‘homewrecker’ two years earlier. 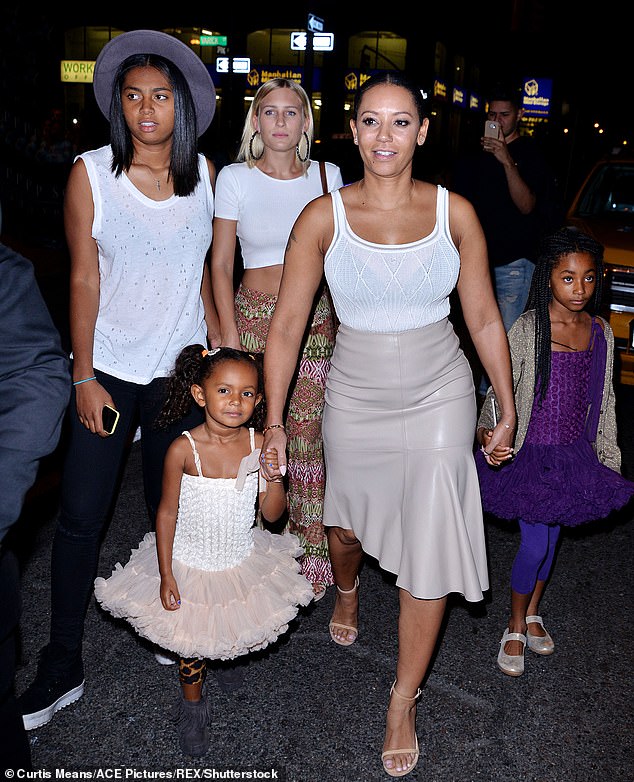 Happier times: Mel was often seen out with her former nanny and daughters before her divorce

However, in early February, TMZ reported, Belafonte filed for full custody of the youngster claiming her mother had ‘all but abandoned’ her after returning to her native UK to live.

Mel returned to the UK after losing her gig as a judge on America’s Got Talent last year and is currently based there, living at her mother’s house in Leeds.

The former Scary Spice is also reported to be wanting to obtain full custody of Madison as she plans to remain in Britain.

In December, after learning that her former nanny was still involved in Madison’s life, the singer asked the court in Los Angeles to bar Gilles from having any contact with Madison. 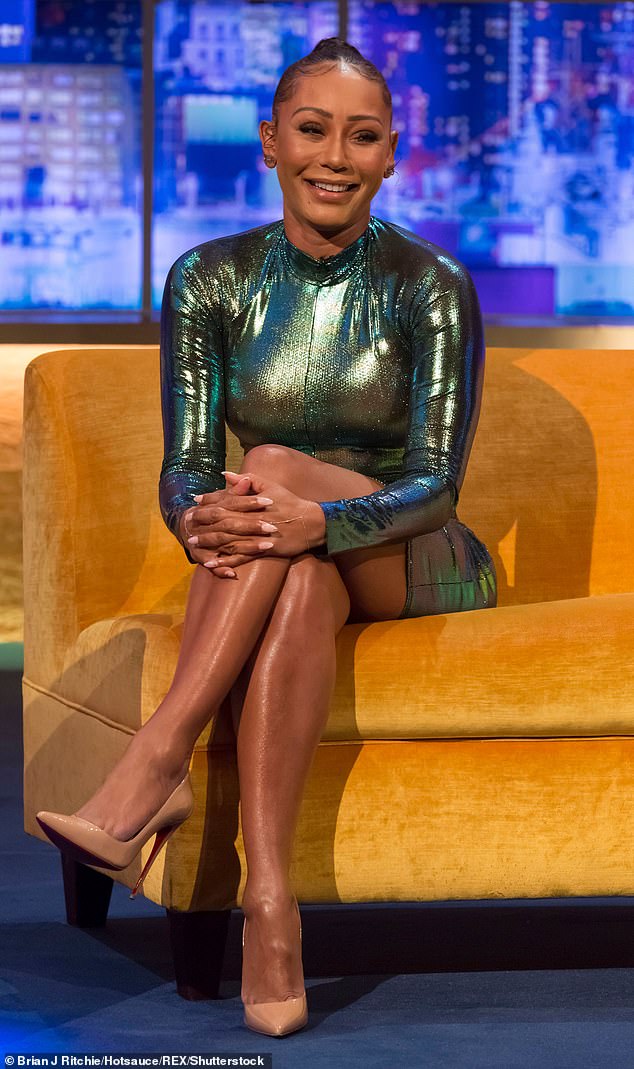 Apart: The Spice Girl is living in Britain after leaving her job as a judge on America’s Got Talent last year. Madison is living in LA with her father. The exes currently share custody

Mel cited a ‘stay away’ provision included in the confidential settlement she reached with Gilles but, according to The Sun, the judge denied the request.

A source close to Mel told The Sun there are ‘valid reasons’ why she wants the nanny to stay away and ‘she is beside herself’ that Belafonte and Gilles are flouting the ‘stay away’ agreement.

It was also reported that Belafonte told his daughter to call the former nanny Jenny to avoid detection. 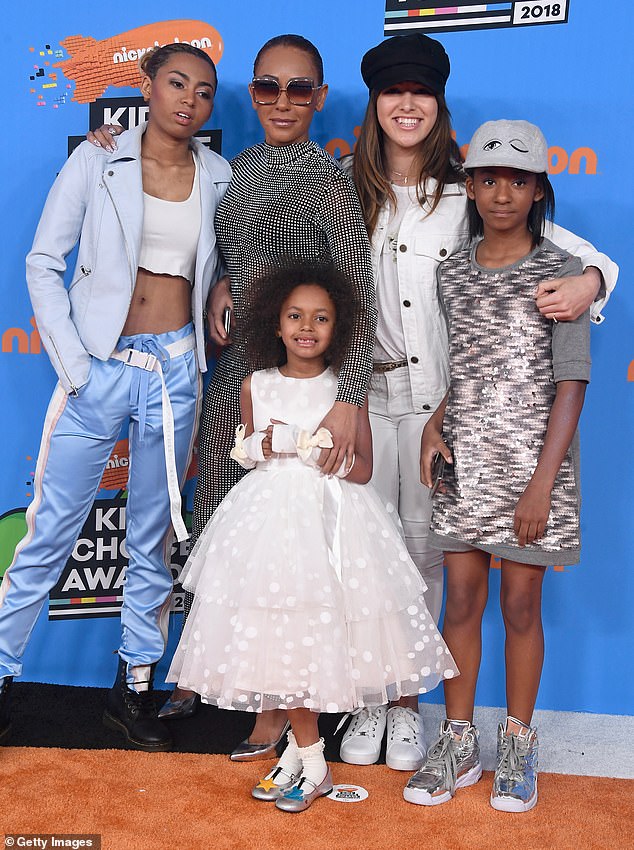 Family: In addition to Madison, Mel B is mother to daughters Phoenix, 21, whose father is her first husband Jimmy Gulzar, and Angel, 12, whose father is Hollywood star Eddie Murphy (pictured together with Stephen’s daughter Giselle Belafonte in 2018)