She has always been open about her love life.

And Megan Barton-Hanson has taken a swipe at her exes, saying her sex life became boring and routine in her recent relationships.

The former Love Islander, 26, said things could have been spiced up in the bedroom to keep her interested. 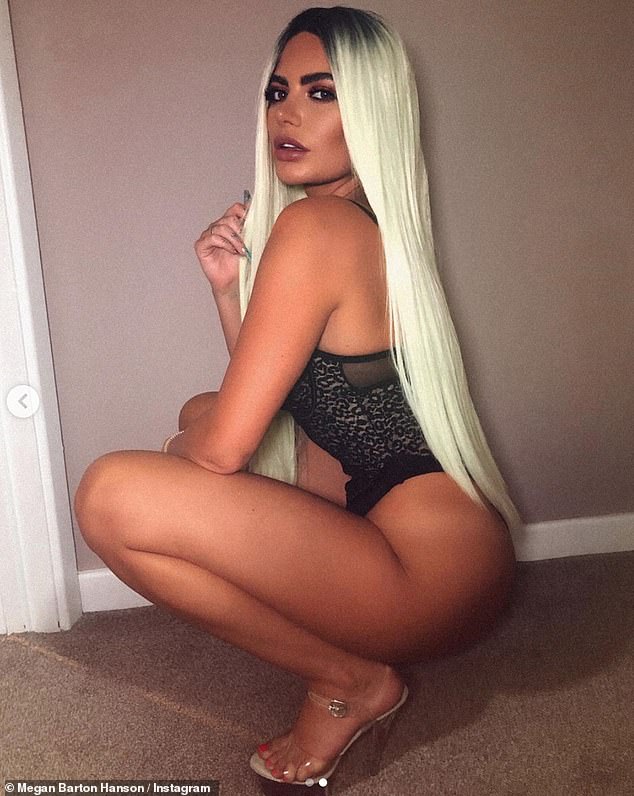 The reality star told The Sun: ‘Things can become almost routine with a partner.

‘I know what it’s like when I’ve had long relationships, things can become very samey.

‘It’s always good to spice things up. The key thing is as long as you’re both comfortable doing it. That’s my main message.’ 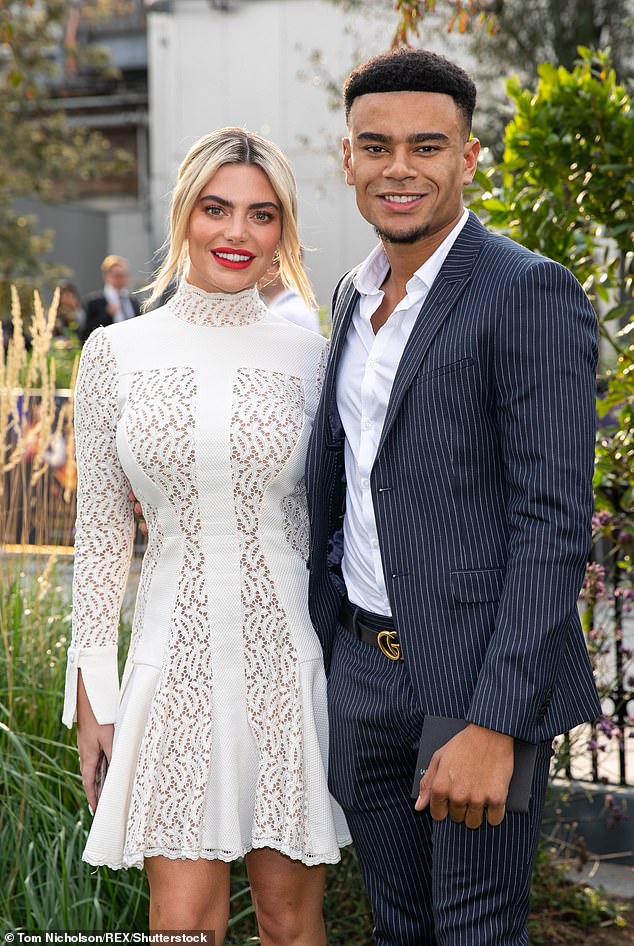 Previous relationships: The reality star found romance with Wes Nelson on Love Island and has since dated Chelcee Grimes and TOWIE’s Demi Sims 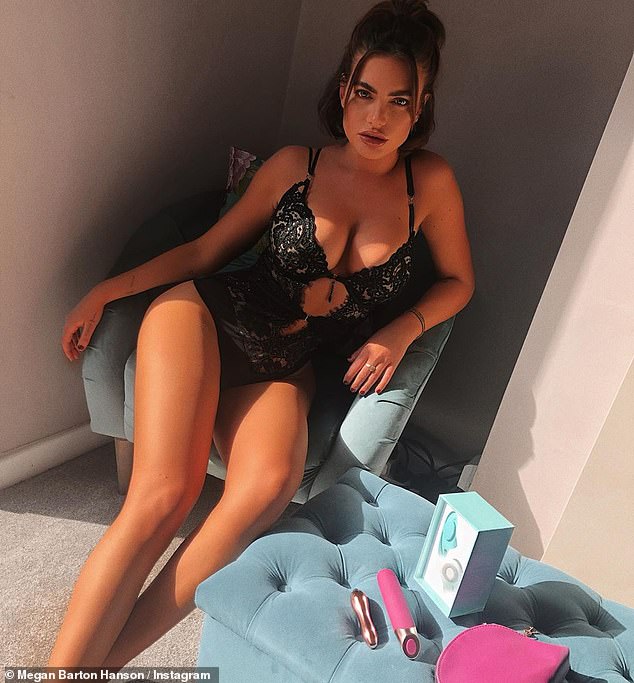 Open: Megan has released a range of sex toys for couples with Ann Summers and says she often receives messages asking for sex advice

She has most recently been seen kissing millionaire Harry Fenner until she ditched him after discovering he had a wife.

Megan was speaking at the launch of her fourth edit with Ann Summers.

She has released a range of sex toys for couples including a Remote Control Egg, Weighted Metal Kegel Love Balls and a Couples Foreplay set.

Megan, who is bisexual, says she often receives many messages frommen and women asking for advice about sex toys.

It comes after the star put on a jaw-dropping display for her fans on Friday, as she shared a selection of sizzling snaps to her Instagram page. 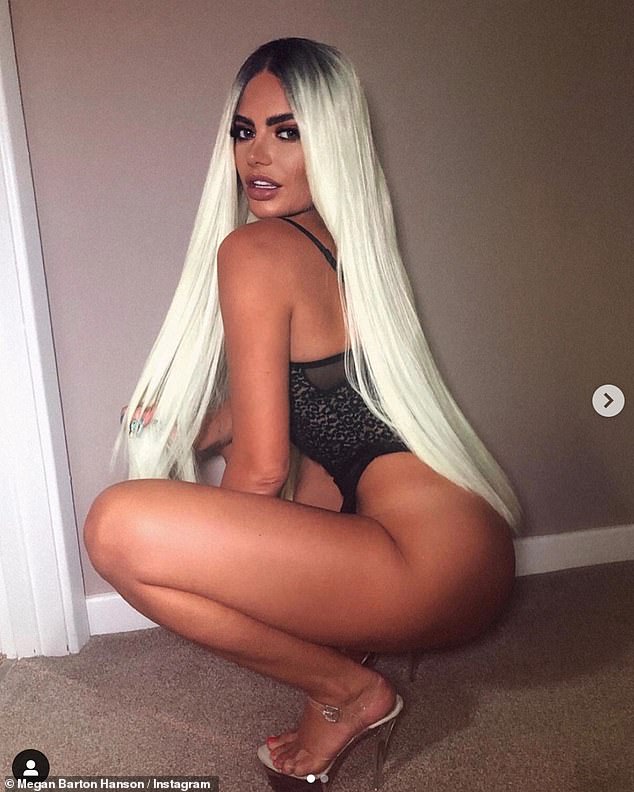 The reality star elongated her honed pins in a pair of towering perspex heels, while adding a further edge to her ensemble with a poker straight green wig.

Megan was sporting a typically glamorous coat of make-up, including a sultry grey smokey-eye, heavy brows and a slick of nude lip gloss.

The former stripper worked her angles for the camera, as she posed in the Ann Summers Dazzler body while crouching in her sky-high heels.

Megan has been littering her social media with pulse-racing snaps in recent weeks.

On Wednesday she sent temperatures soaring as she posted a steamy Instagram snap in low cut PVC trousers which showed her teeny-tiny G-string.

The television personality wore her pink locks in a sleek straight do and finished off her racy look with chunky trainers.

Megan cheekily captioned the shot: ‘Too dirty to clean my act up’. 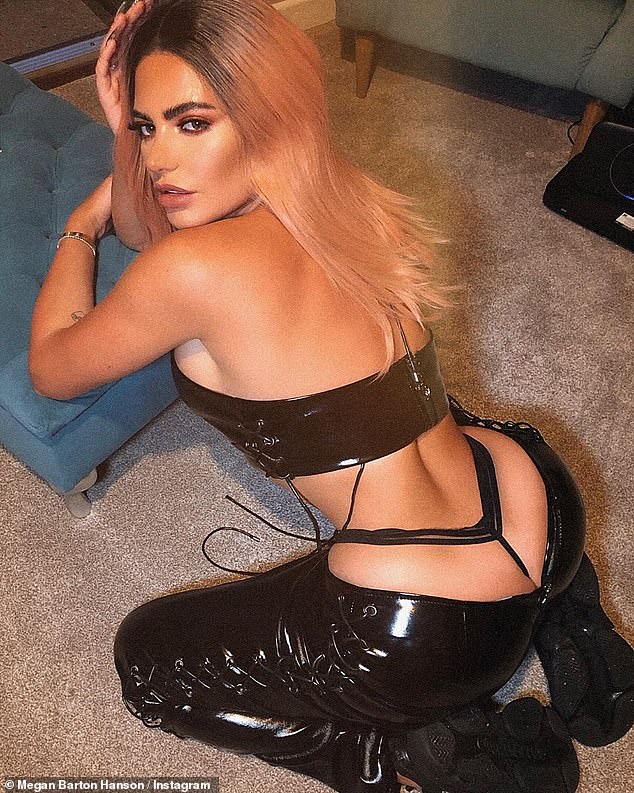 Sizzling: On Wednesday she sent temperatures soaring as she posted a steamy Instagram snap in low cut PVC trousers which showed her teeny-tiny G-string