Madonna showed off her wild side on a tractor alongside her boyfriend, Ahlamalik Williams, on Thursday in a video shared on Instagram.

The 62-year-old hitmaker enjoyed the company of her boyfriend, 27, as she sipped a beer and planted a kiss on his lips while posing on the vehicle as he clung on to a glass pipe and lived it up alongside the sexagenarian.

The Holiday singer, who stated that she was ready to embrace the ‘farm life’ at her 58 acre Hamptons estate, swigged a beer and continually blasted bug spray in the air before saying into the camera: ‘Out her with all these bugs’. 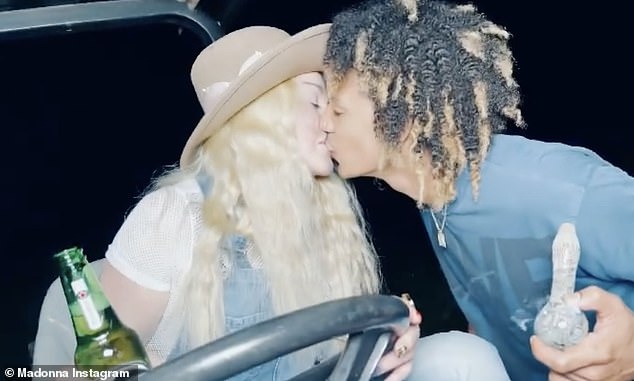 It’s love! Madonna showed off her wild side on a tractor alongside her boyfriend, Ahlamalik Williams, on Thursday in a video shared on Instagram

Madonna was dressed in a distressed pair of sky-blue overalls that were worn on top of a stark white t-shirt during her time with Williams.

The Borderline singer tucked her bottoms into a pair of high-rising brown suede boots and lifted her left pant leg to show off a bright red sock featuring a graphic of Frida Kahlo’s face.

The Grammy-winning musician’s luscious blonde locks spilled out from underneath a dark beige cowboy hat as she posed on the mower.

She also added several elements of shine to her clothing ensemble with numerous articles of jewelry. 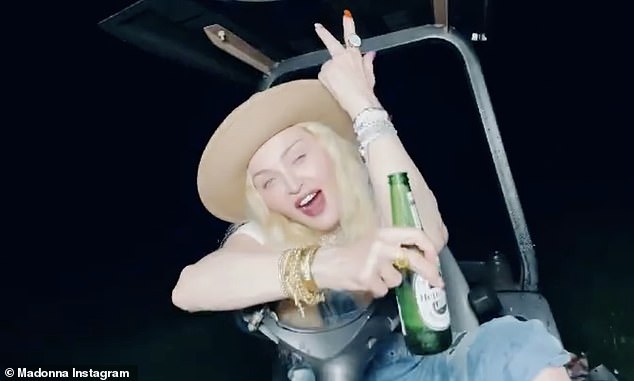 Dressing for the occasion: The Holiday songwriter wore a pair of distressed sky blue overalls on top of a stark white t-shirt during her time with her beau 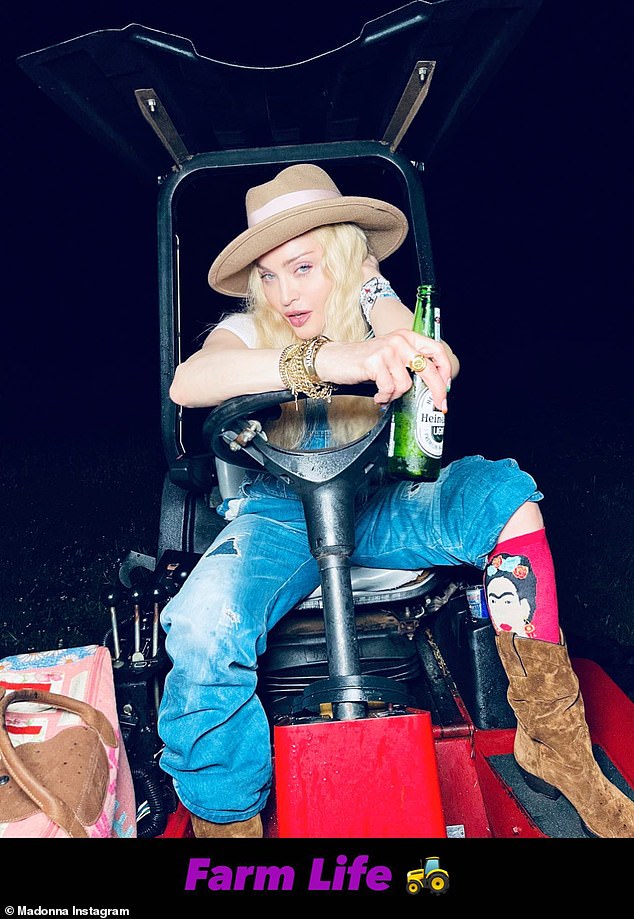 Influence: The Grammy-winning hitmaker notably sported a pair of socks featuring a graphic of Frida Kahlo

Madonna also kept a large bag close to her during the event and prominently displayed a graphic reading ‘you said you loved me’ to the camera.

At one point, she was seen using a can of bug spray to ward off any pests that came her way.

Williams opted for a much more casual outfit as he spent time with the musician and wore a graphic-printed t-shirt, as well as several bracelets.

The dancer made no attempt to hide a pipe – typically used to smoke marijuana – that he had been using prior to making out with the songstress. 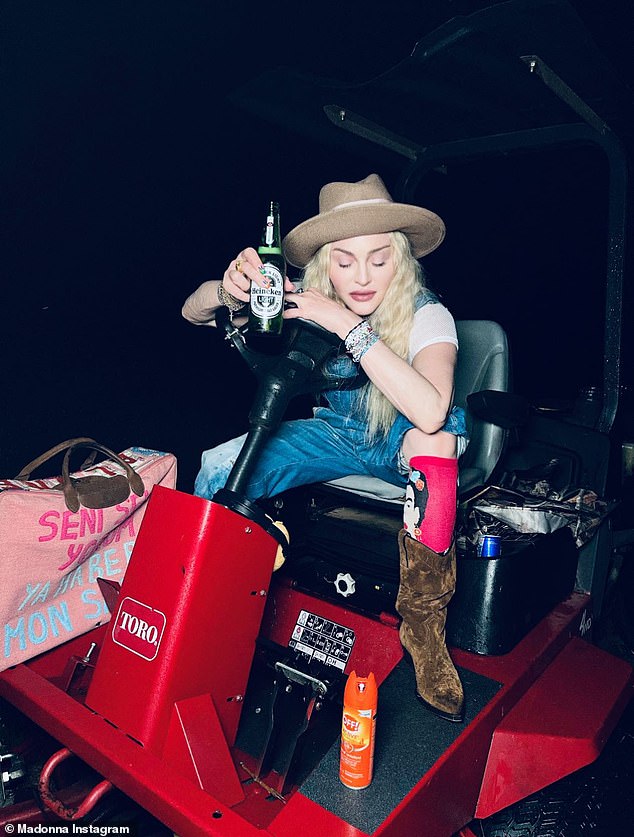 Accessorizing well: The singer covered up the top portion of her luscious blonde locks with a dark beige hat and wore numerous articles of jewelry

Although Madonna did not specify where they were, it looked as though they were spending time at her Hamptons estate.

It was reported last month that she is building a recording studio in the works on her 58-acre estate. The sprawling estate is located next to a farm she bought from photographer Kelly Klein, stacking the size of her property up to 58 acres.

Earlier this week, she shared another ‘farm life’ video showing her enjoying time with her kids at the lavish home.

Madonna first met Ahlamalik prior to the start of her Rebel Heart Tour, when the dancer was handpicked by Madonna to serve in her backup group. 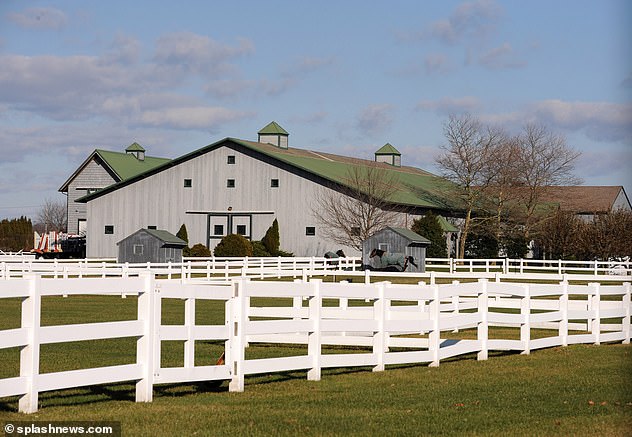 Only the best: Although Madonna did not specify where they were, it looked as though they were spending time at her Hamptons estate

Before she became involved with Williams, the Lucky Star singer was involved in several high-profile relationships with various individuals, including artist Jean-Michel Basquiat and Sean Penn, to whom she was married from 1985 until 1989.

The singer welcomed a daughter named Lourdes, aged 24, with her former partner Carlos Leon, with whom she was involved in the mid-1990s.

She also welcomed a son named Rocco and adopted a boy named David, aged 20 and 15, respectively, with Guy Ritchie, her husband from 2000 until 2008. 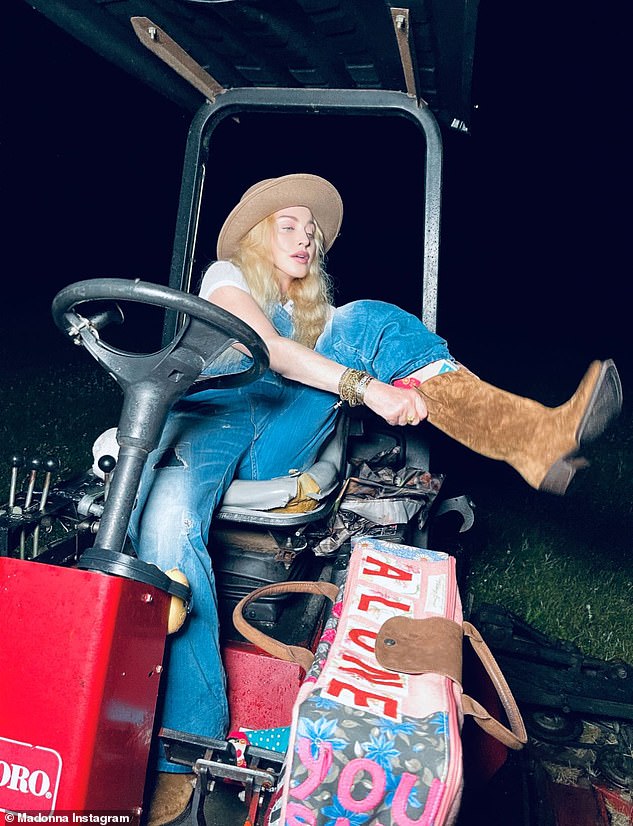 Former collaborators: Madonna and Williams first met when she picked him to serve as a backup dancer on her Rebel Heart Tour and the two eventually were romantically connected after several years of friendship

After the hitmaker remained friends with Williams for several years, relationship rumors regarding the two began to swirl in 2018, although the pair never confirmed anything publicly.

The following September, the couple was spotted leaving one of her concerts together, which led many to speculate that they were well and truly dating.

That December, Williams’ father Drue spoke to TMZ and confirmed that Madonna was in fact in a relationship with his son, which he fully supported.

Specifically, the dancer’s dad told the media outlet: ‘Love has no age…My son is livin’ La Vida Loca, and I’m just happy for him.’ 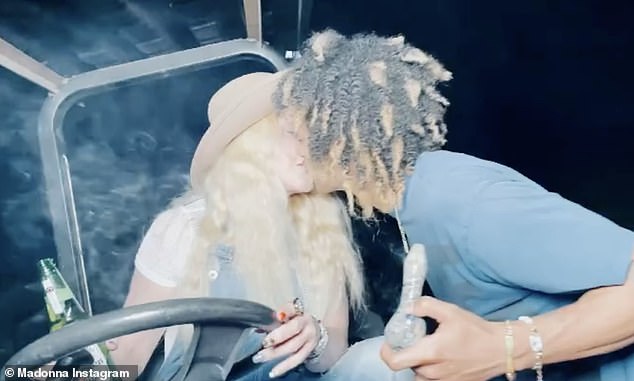 Letting everyone know: The official confirmation about the pair came from Williams’ father Drue, who told TMZ that he approved of their relationship