The “Bloody Valentine” singer stepped out to the red carpet at the Microsoft Theater in Los Angeles on Sunday, showing off his chest tattoos in a black jacket, while his girlfriend stunned in a sexy black cut-out dress that left little to the imagination. While posing for photos on the red carpet, the lovebirds couldn’t help themselves from having a little flirty fun. 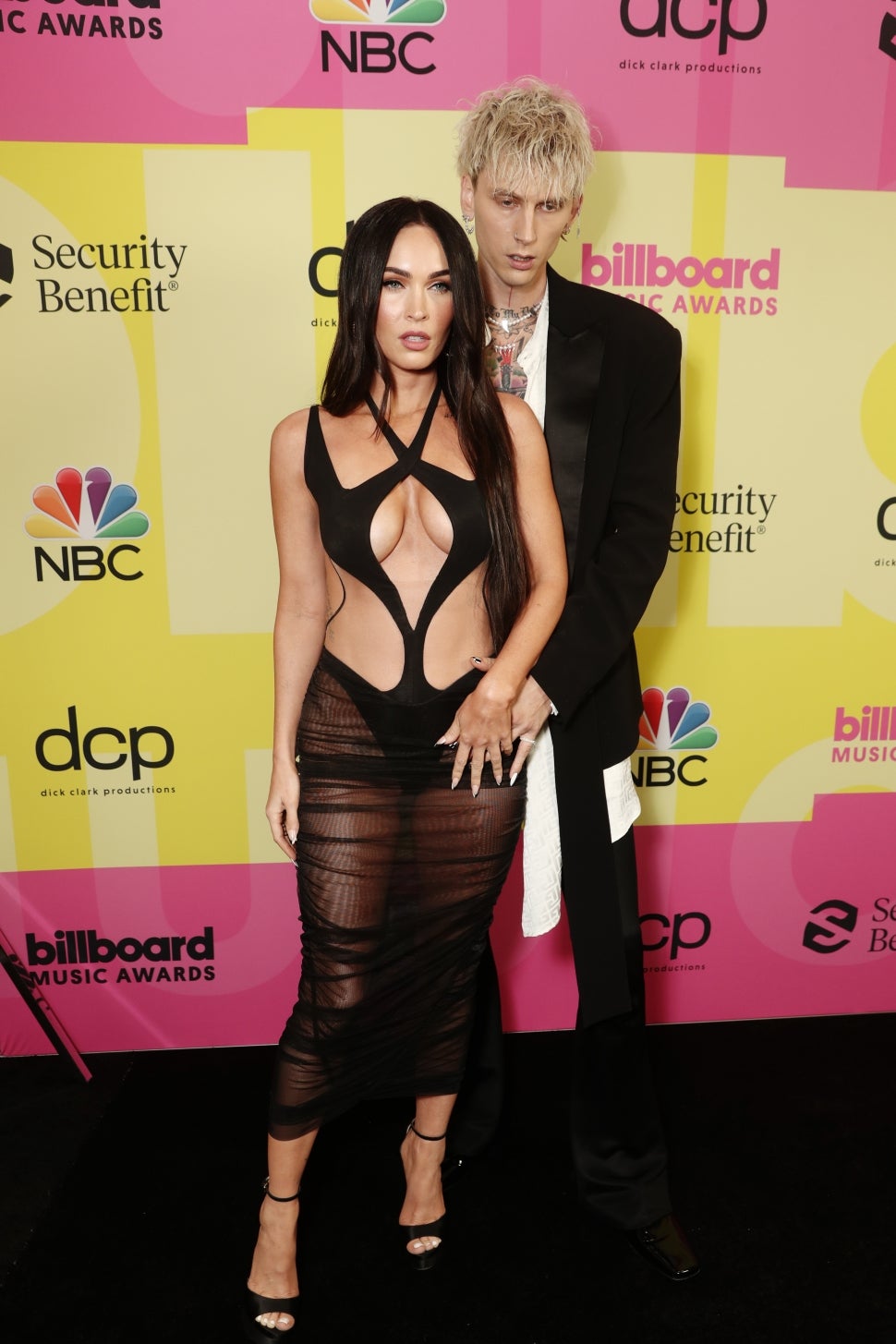 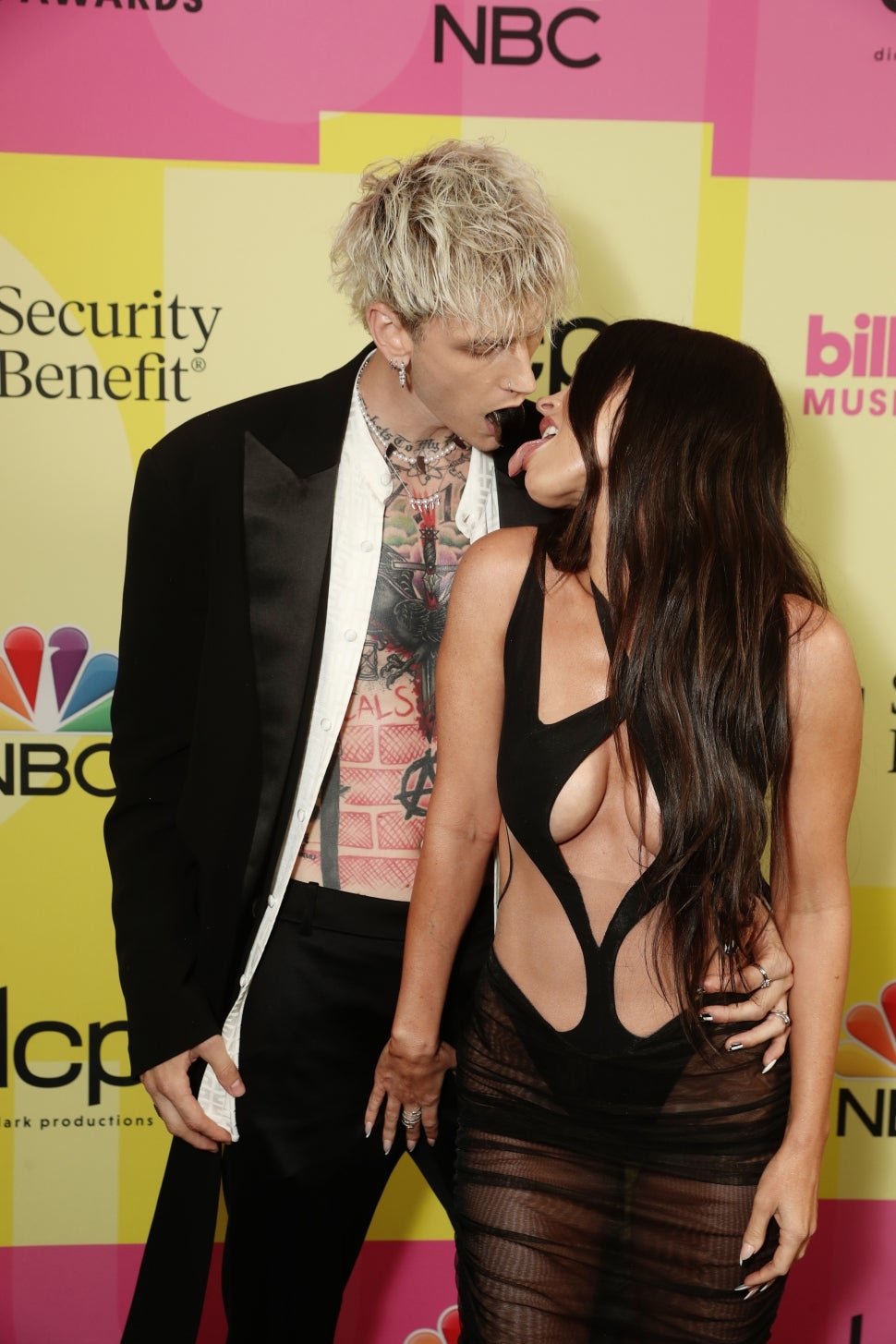 As MGK teased via Instagram Stories ahead of the show, he also sported a painted black tongue and black-and-white nails, showing them off to the cameras on Sunday. 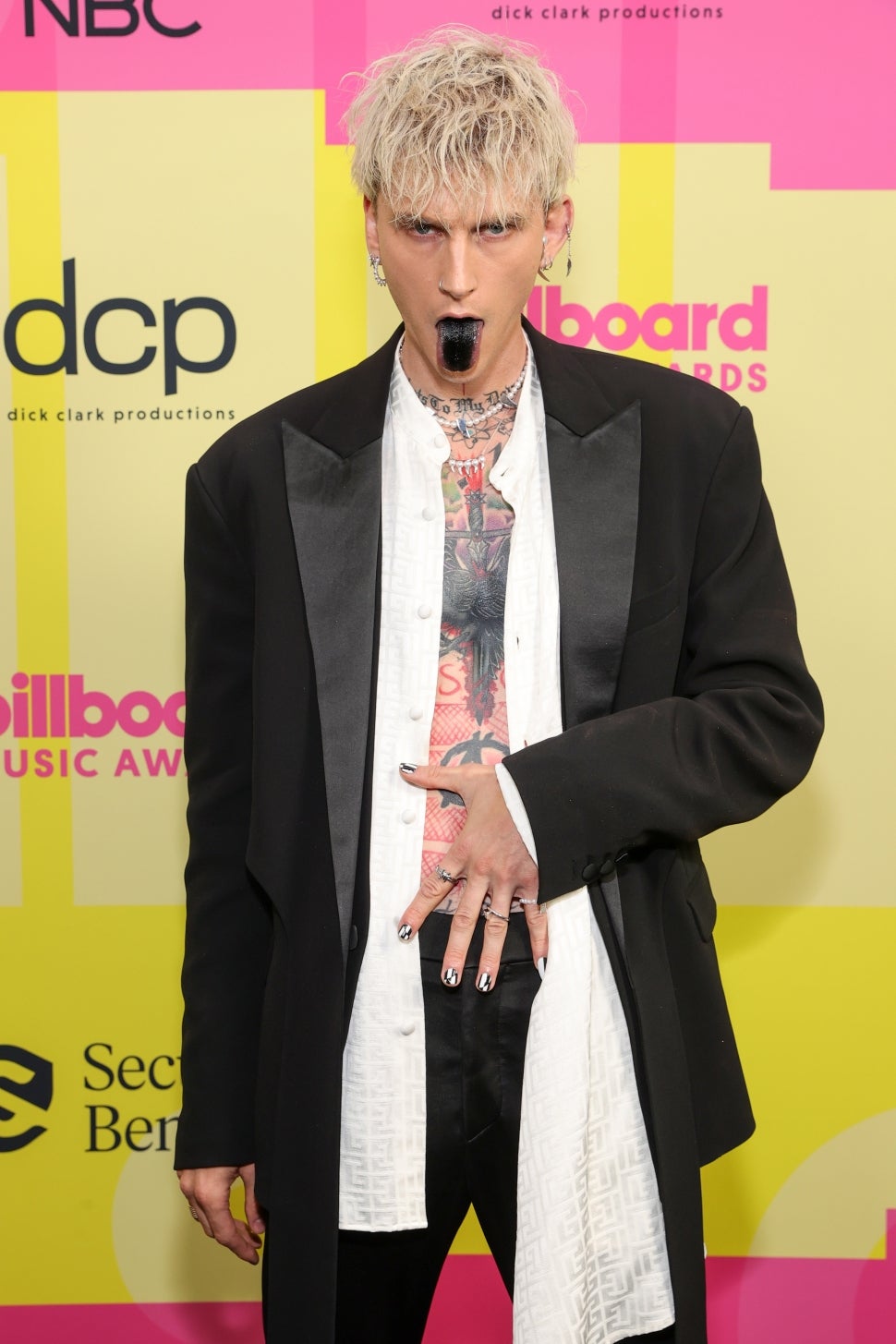 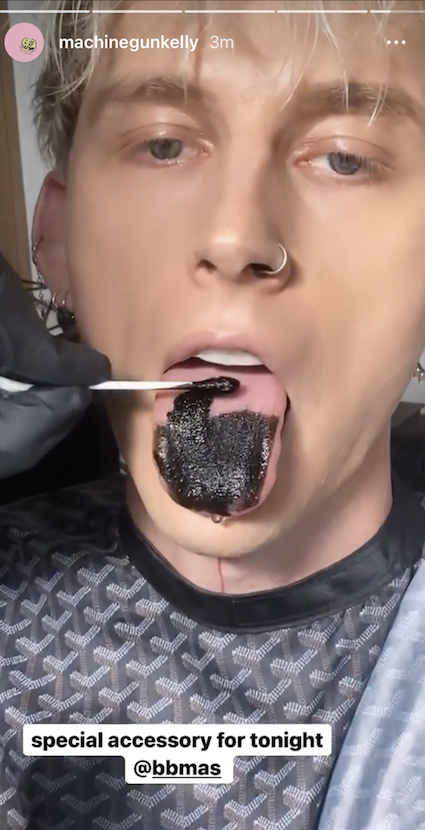 MGK received two nominations for this year’s ceremony, Top Rock Album for Tickets to My Downfall, and Top Rock Artist, both of which he won. Before he walked up to the stage to accept the latter, he and Fox shared another steamy kiss.

“wow what is happening,” MGK reacted on Twitter, to which fans replied with things like, “well deserved i love u so much” and “you’re getting the recognition you mf deserve, that’s what’s happening.”

wow what is happening https://t.co/RjO0F87XYz

The big win comes just weeks after a source told ET that MGK’s relationship with Fox is stronger than ever, and that he would marry her “in a heartbeat.” The pair first met in March 2020 on the set of Midnight in the Switchgrass.

“[Megan] is definitely in love, and having a great time with where things are at now,” added the source. “She really takes her kids into consideration and knows that taking that next step would be a big adjustment, but it’s not off the table.”

Hear more in the video below.