Love Island: ‘She’s not good enough for Ovie:’ Viewers are unimpressed by newcomer Harley after she insists that ‘mums love her’… but doesn’t understand the basics of basketball

It was a day that fans had been waiting for, as laid-back basketball player Ovie Soko finally landed a date.

But Love Island viewers were quick to insist that newcomer Harley Brash ‘wasn’t good enough’ for the fan favourite character, as she giggled her way through their first date and struggled to understand the basics of basketball.

Many fans also took to social media after the estate agent insisted that Ovie’s mum ‘would love her,’ with many unconvinced by her proclamation. 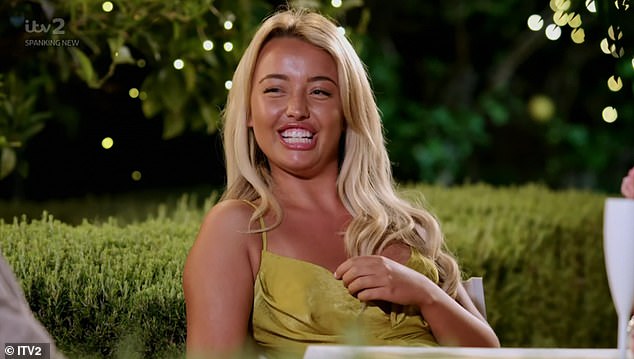 Ovie was delighted to learn he would be going on a date with a new female Islander, and was quick to change into his smartest look alongside Chris Taylor.

As the pair prepared to meet their new female companions, Harley insisted she only had eyes for Ovie.

The giddy blonde giggled her way through the date as she tried to understand the sport of basketball, asking Ovi about the equivalent of scoring a goal.

As he explained the concept of the sport, Harley added: ‘I could be courtside. Giving you a little cheer!’ which led Ovie to politely respond and agree with her suggestion. 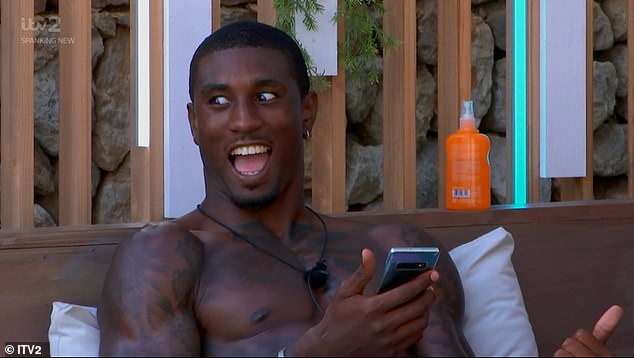 Elated: The basketball player couldn’t hide his delight when he learned that he would be going on a date with a new female Islander 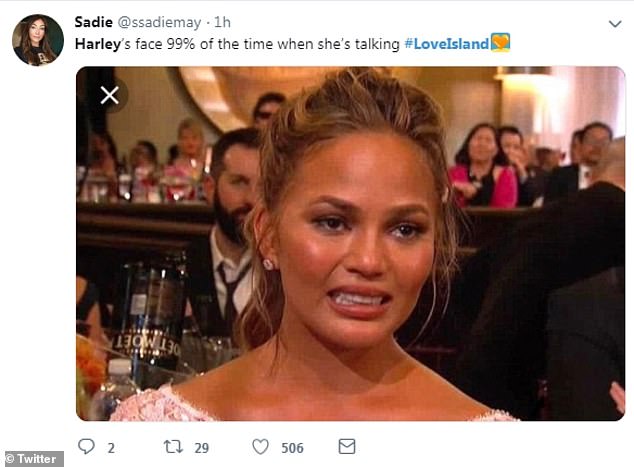 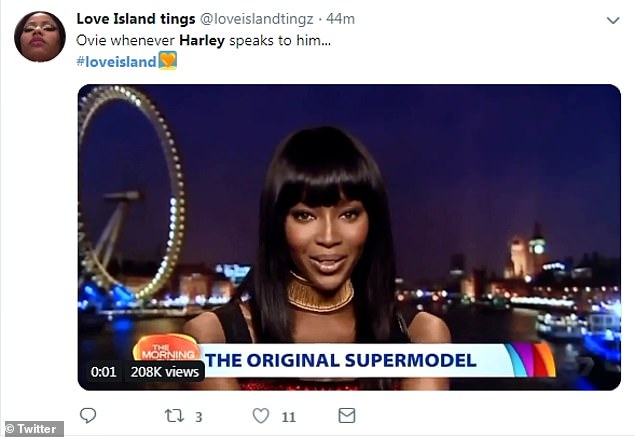 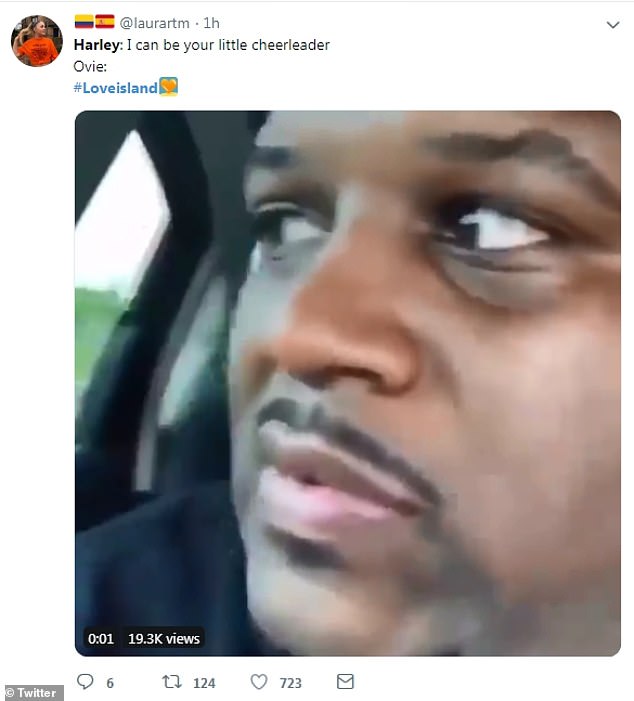 Awkward! Many viewers were quick to share their disapproval for Harley, with one fan branding the estate agent ‘cringe’

Sadly viewers weren’t particularly impressed by Harley, as they insisted she wasn’t the right partner for their precious Ovie.

One wrote: ‘Harley makes me cringe,’ while another added: ‘No she’s not good enough for Ovie.’

A third posted Harley’s cheerleader quote along with an unimpressed meme, though one viewer shared some support for the blonde newcomer, writing: ‘I don’t understand why people are making fun of Harley, she is stunning and she seemed lovely, I thought she got along with Ovie so well.’ 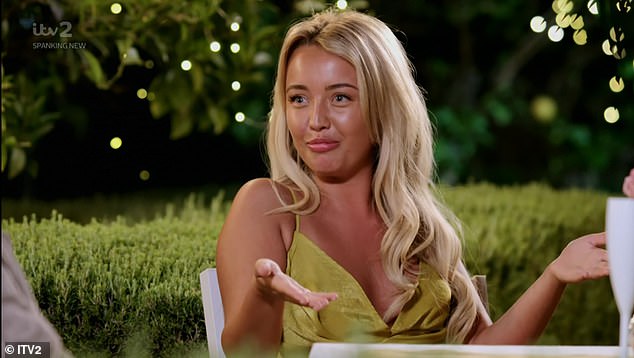 Lovely: Harley also struggled to understand the basics of basketball, as she asked Ovie about the equivalent of scoring a goal 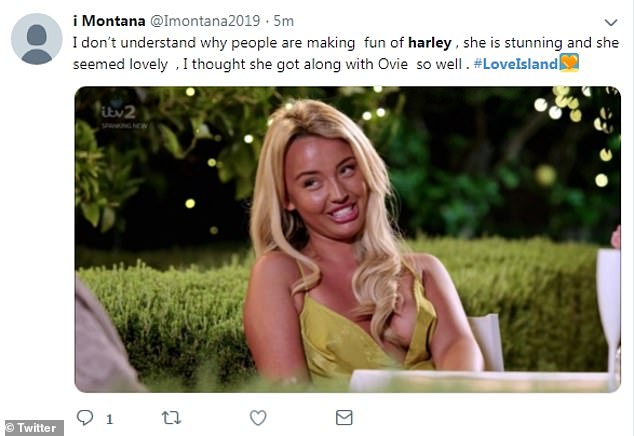 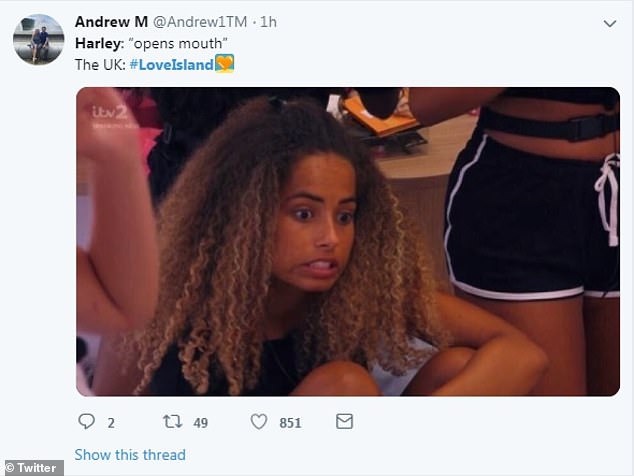 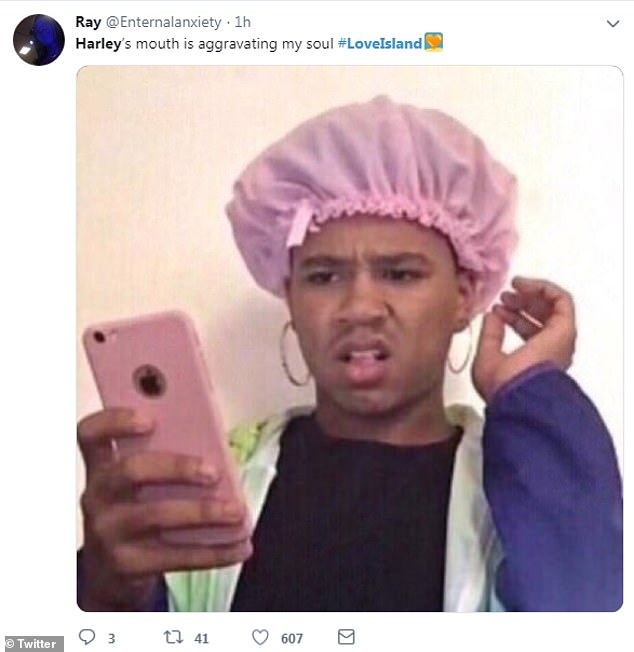 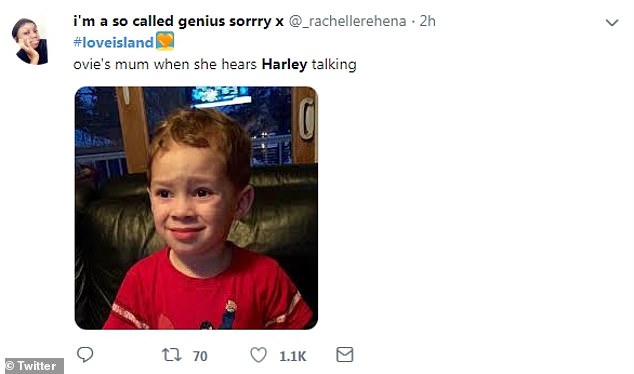 During her date with Ovie, Harley later insisted that she would be the perfect girlfriend as ‘mums love her,’ but again fans weren’t convinced.

Of course it remains to be seen whether Harley and Ovie will manage to pursue of romance, after a slew of bad luck for the hunk. 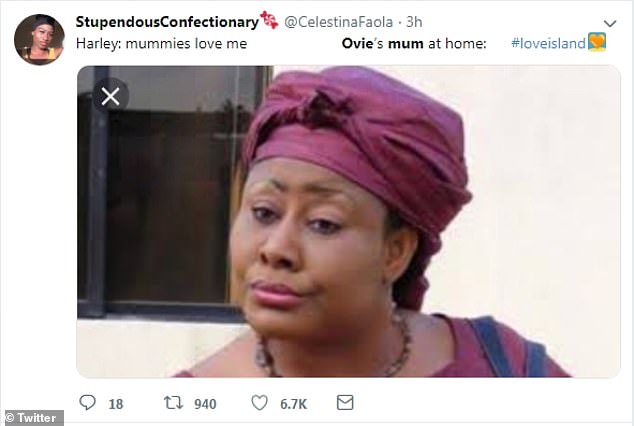 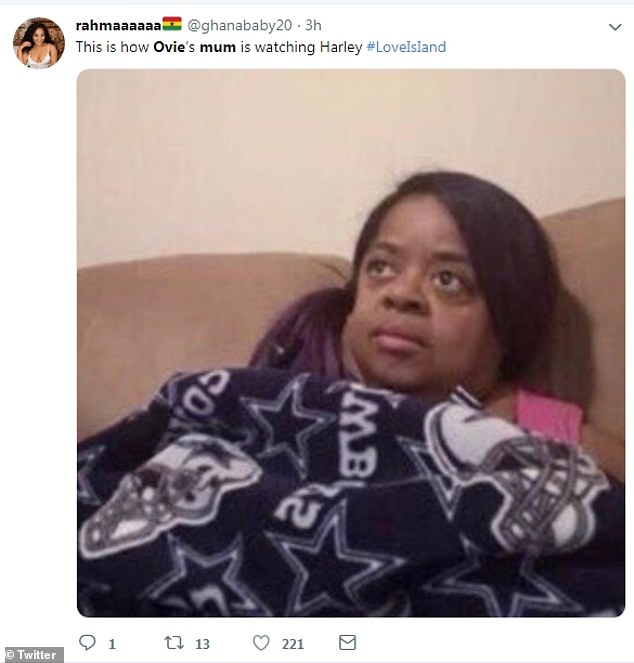 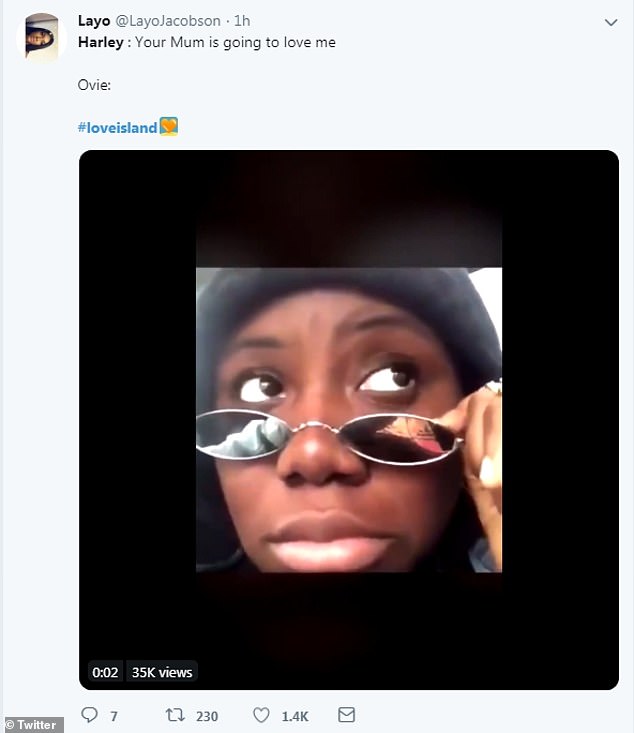 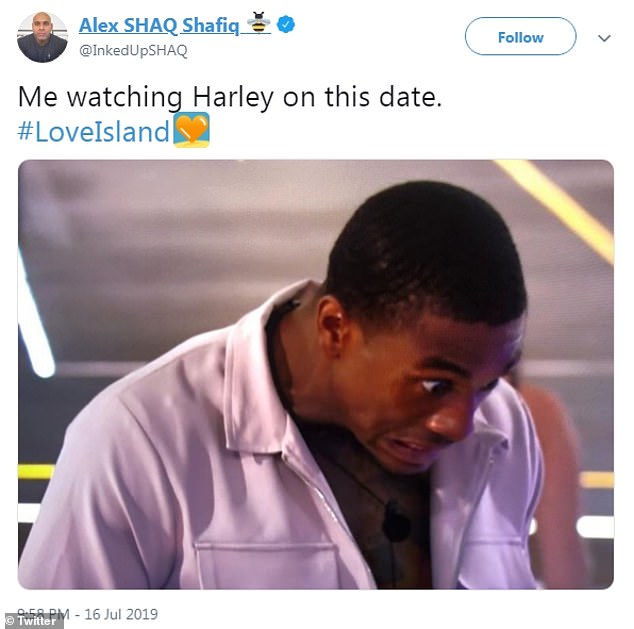 Oh no you don’t! Others were also quick to call out Harley after she quickly insisted that Ovie’s mum ‘would love her’ 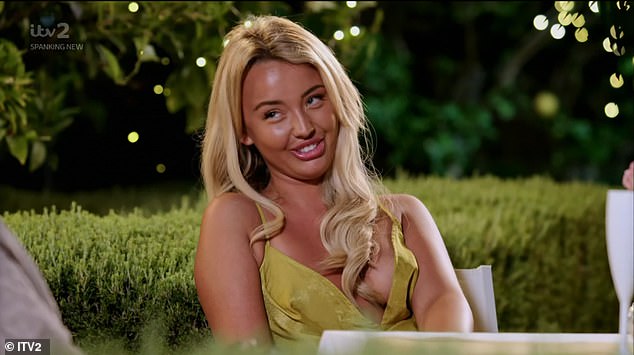 Eye on him! Harley had previously said she only had eyes for Ovie, as she prepared to enter the villa

The Newcastle born beauty will cross paths with 2019 star Amber Gill once again in the villa, having watched her from a far on many nights out.

She says: ‘Ellie Brown is my best friend, she is amazing and we are like sisters. My mam and her mam were best friends so we’ve known each other since we were little. We’ve always stuck together.

‘I know Zara McDermott through Ellie too. I also know Adam Collard well, he’s such a lovely boy. We went for dinner and were pictured and it was suggested we were dating but we’re just friends.

‘I know of Amber, who is in the villa, I see her on a night out but I don’t know her too well so it’ll be good to see her in the villa.’

Love Island continues on Wednesday at 9pm on ITV2. 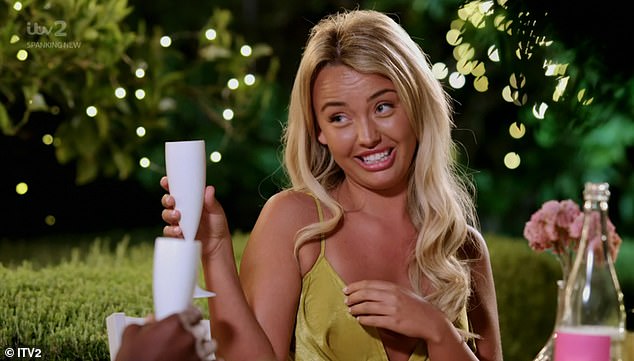 Back soon: Love Island continues on Wednesday at 9pm on ITV2