LOVE ISLAND 2023: Latest news and reaction, as Tom sets out to ‘steal’ one of the girls and Maya Jama wows the nation on her debut

‘Poor Tom being told he looks like a beer bellied gobs***e!’: Radio 1’s Jordan North laughs off comparisons to Love Island bombshell… as fans all say the same thing about the newbie

From ‘I’ve got a text’ to ‘pulling me for a chat’, the show is known for generating a slew of famous slogans and catchphrases.

And Love Island fans were convinced that they’ve spotted a new one already during the new winter series’ launch on Monday.

Viewers were left irritated as they noticed the new islanders using the word ‘unreal’ repeatedly to describe each other, taking to Twitter to beg for ‘new adjectives’ to use.

The couple, who were paired up during the show’s opening episode, have already won over viewers with their chemistry, and according to Betfair are odds-on to be crowned champions.

Ekin-Su Culculoglu sizzled in a plunging red bodysuit as she got ready for an 80s themed photoshoot on Monday.

The TV personality, 28, looked sensational in the clip shared to her Instagram Story, in which she posed and smiled for the camera.

Ekin-Su’s update come after Love Island viewers were left convinced that newcomer Tanyel Revan was her long lost sister after the show returned this week.

Check out all the best memes from the first episode!

While Love Island is one of TV’s most popular shows, it also dominates social media, with fans regularly sharing their opinions on the action in real time.

And as the first episode of the ITV2 show’s 2023 winter series was aired on Monday night, quick-witted viewers flocked to Twitter to share a string of hilarious memes.

From farmer Will’s awkward flirting to Olivia’s glaring side eye, it appeared that every detail of the night’s proceedings inspired a comedic response.

‘She’s giving main character energy!’ Love Island fans brand Olivia the breakout star of the series after the ring girl is left SEETHING over Kai’s betrayal during the first coupling

Love Island made its long-awaited return to screen on Monday nights, with this year’s hopefuls coupling up for the first time.

And it appears that viewers are already taken with the brash brunette Olivia Hawkins, with many insisting she’s giving ‘main character energy’ after she was left seething over being ditched by hunk Kai Fagan.

The ring girl, 27, originally chose to couple up with PE teacher Kai after he took a fancy to her, but he was quick to ditch her in favour of Tanyel Revan.

‘Stormzy’s gonna go in to win her back’: Love Island fans joke host Maya Jama’s ex will apply for the reality show in bid to rekindle their romance

Did they save the best till last?

She previously enjoyed a 4-year romance with Stormzy

Viewers have had their say…

The TV and radio presenter, making her villa bow after replacing Laura Whitmore, won unanimous praise from viewers as she arrived in a sweeping gown with a plunging detail that enhanced her cleavage.

Maya, 28, looked like she’d been presenting the show for years as she oversaw the first group coupling, however viewers were unimpressed with her ITV2 paymasters after the channel went into meltdown within seconds of its return.

A series of technical glitches and screen freezes blighted the 90-minute launch, with Love Island returning to South Africa’s Cape Town after a three years absence.

Meanwhile, after the first coupling of the season – which aw two steals – bombshell Tom strolled in, much to the shock of the islanders.

Maya then revealed a big twist, that in just 24 hours Tom will get to couple up with any girl of his choice, leaving one boy single.

But who will he choose?

They do look very alike…

Will they go the distance?

Well, she did appear TWICE in one episode!

The boys do NOT look happy about that!

What are we making of the new bombshell? 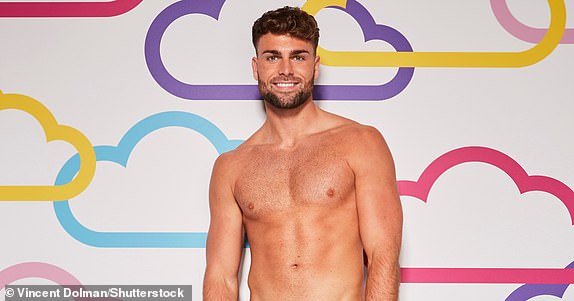 But who will it be?

We are not worthy!

We can’t wait to see how he gets on…

He was like a kid in a sweet shop!

But the question is, will they STAY together?

Sort it out ITV2!

The islanders are already eyeing up other people outside their couples – hold tight for the drama! 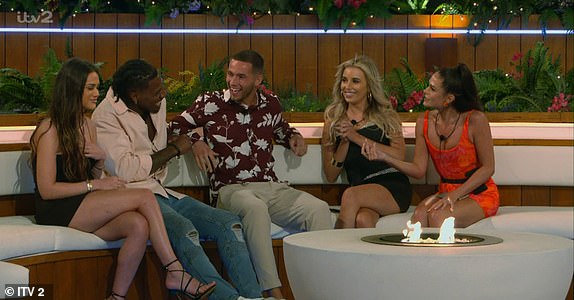 Could this pairing be magic?!

They are pretty good eyebrows TBF

And there were some steals in the process!

This is the most awkward coupling I’ve ever saw #LoveIsland

Do you think they are a good match?

Things are heating up…

What do we make of this pairing? 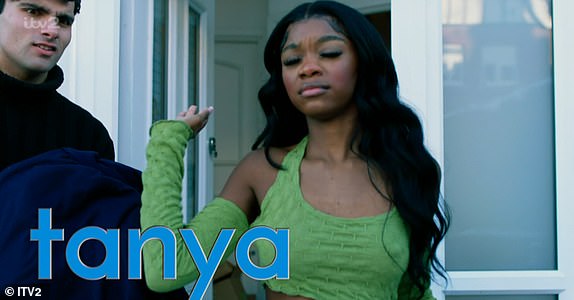 The boys are in for a treat!

When all the boys step forward straight away! #LoveIsland #loveislove #LoveIslandUK pic.twitter.com/OhW3vP10Ny 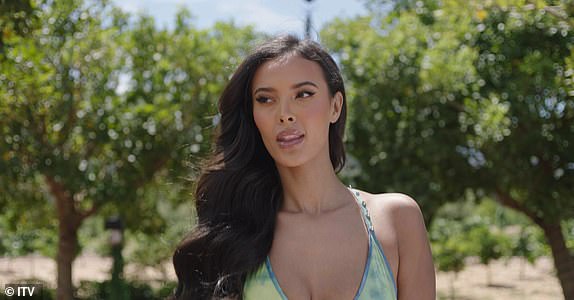 What are your first thoughts of the lads? 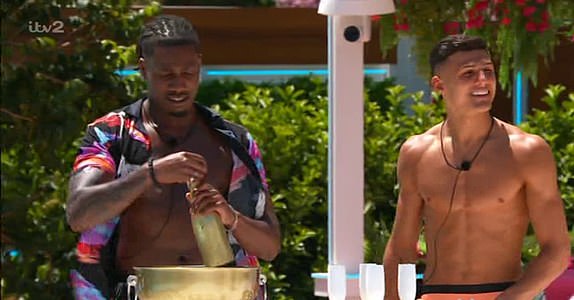 How hot does Maya look?! What are you making of the islanders promos?

The islanders are ready, are YOU?

Fans cannot wait for the new series to start!

The way I’m waiting for #LoveIsland to start is actually crazy! I need help! 😂

cheers to giving the next 2 months of my life away to people i have never met in my life #LoveIsland pic.twitter.com/TNZoKWp3iE

me at 9pm on the dot tonight because love island starts today #LoveIsland pic.twitter.com/JbaliFhlrd

Hello and welcome and to the Love Island Live blog! MailOnline is here to keep you updated with all the latest gossip and tweets from fans.