Louis Tomlinson slams One Direction’s 2011 debut album Up All Night and branding the band’s recording ‘s**t’ – despite selling 4.5million copies

Louis Tomlinson has branded the first One Direction album ‘s**t’.

The singer, 30, and his fellow former 1D bandmates – Harry Styles, Liam Payne, Zayn Malik and Niall Horan – were formed on The X Factor in 2010.

They went on to release Up All Night in November 2011 in the UK and Ireland, and worldwide in 2012, with their debut album selling 4.5million copies worldwide.

But Louis did not speak favourably about the first of the group’s studio offerings during an appearance on the Smallzy’s Surgery podcast last week. 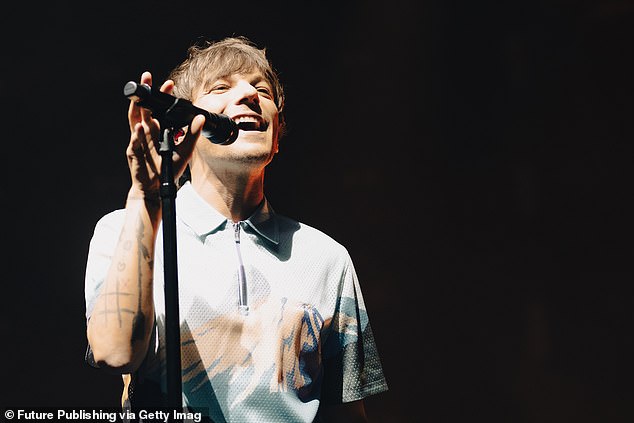 Blunt: Louis Tomlinson, 30, has branded the first One Direction album ‘s**t’, with the star opening up about debut recording Up All Night in the Smallzy’s Surgery podcast

He said: ‘Twelve years ago today the band got formed, but the first album was s**t any way.’

The band were put together on ITV talent show The X Factor 12 years ago, with judges Simon Cowell, Nicole Scherzinger and Louis Walsh choosing which boys should be grouped together after they had all auditioned as solo artists. 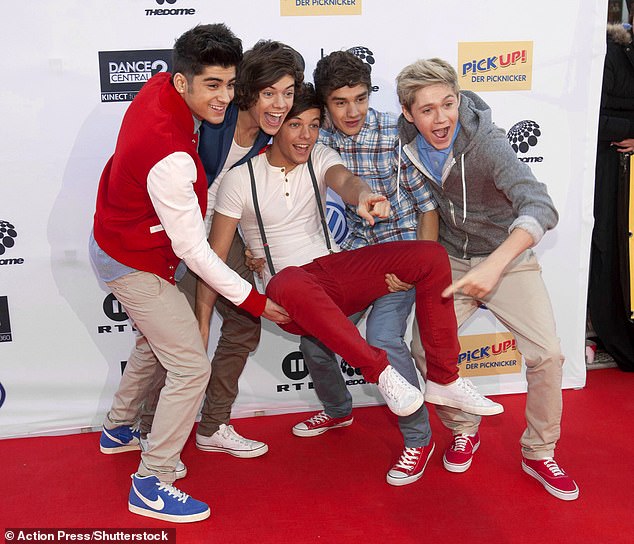 History: The singer and his fellow former 1D bandmates – Harry Styles, Liam Payne, Zayn Malik and Niall Horan – were formed on The X Factor in 2010 (pictured in 2011)

It comes after Simon made a cheeky dig at Louis’ bandmate Liam at the time in never-before-seen footage.

Last month, Liam, 28, ruffled feathers when he claimed the group had been formed around him, stating that the judges had started with his face before choosing to add the other members .

Yet just weeks after he made the comments, an unaired clip from the ITV show revealed that Liam was actually the fourth boy added to the line-up. 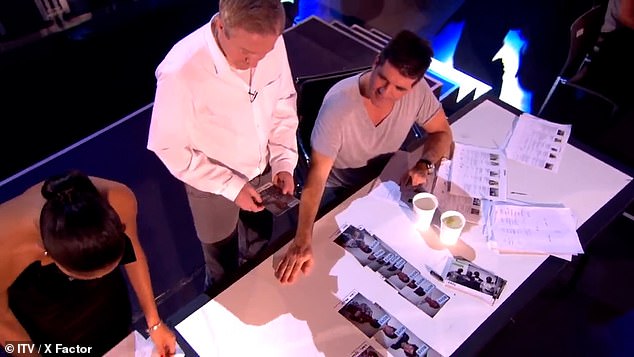 Ouch: It comes after Simon Cowell made a cheeky dig at Louis’ fellow former bandmate Liam Payne in footage showing how One Direction were formed by The X Factor judges (pictured with Nicole Scherzinger and Louis Walsh)

The clip also featured a sly dig from Simon, who remarked that Liam thought he was ‘better’ than anyone else in the group.

Liam was known to the judges having auditioned for the show unsuccessfully two years prior at the age of 14 – being rejected at the judges’ houses stage when mentor Simon told him to re-audition later down the line.

Speaking about his later success on the show, Liam said on Logan Paul’s podcast last month: ‘From what I’ve heard, part of the reason One Direction was made was because of Simon’s promise to me that, “In two years, I’ll make this work for you.” 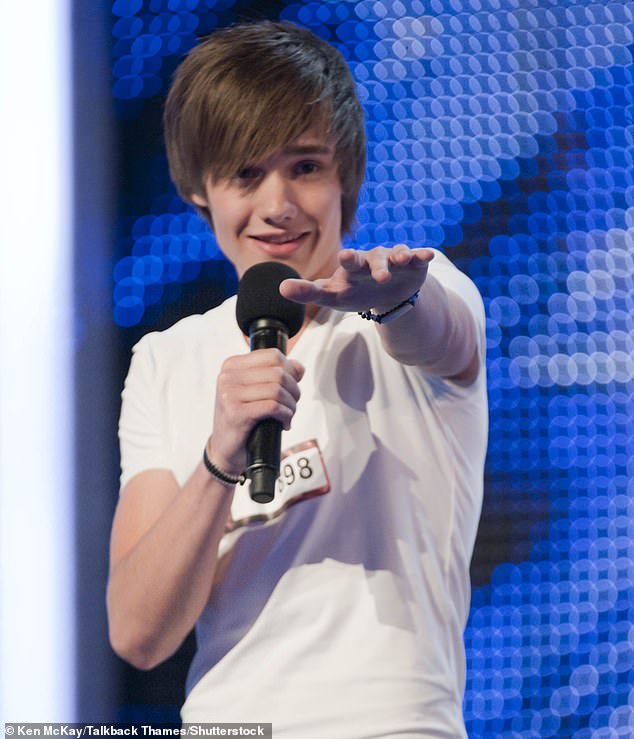 Throwback: Last month, Liam, 28, ruffled feathers when he claimed the group had been formed around him, stating that the judges had started with his face before choosing to add Niall Horan, Harry Styles, Louis Tomlinson and Zayn Malik (pictured on the show in 2010)

‘So he started with my face, and then worked around the rest… I was the honorary member of One Direction. He told me that story himself at his house.’

Liam’s comments went viral at the time, even prompting a dig from Lizzo who remarked in a TikTok clip last month: ‘I don’t know who lied to that poor boy, but he was not the frontman.’

The new X Factor clip proved that Liam had indeed been mistaken with his comments and also featured a sly dig from his former mentor Simon who accused him of being arrogant. 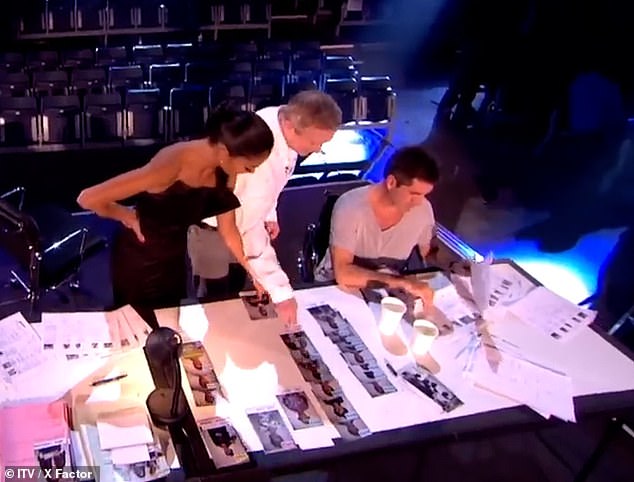 Oops: The new X Factor clip proved that Liam had indeed been mistaken with his comments and also featured a sly dig from his former mentor Simon who accused him of being arrogant

In the footage, it’s revealed that Niall was actually the first boy pulled out of the stack to form the band, followed by Harry, then Louis, then Liam with Zayn completing the line-up.

Nicole remarked of the group: ‘They’re just too talented to get rid of. And they’ve got just the right look and the right charisma on stage.

‘They’re like little stars, so you can’t get rid of little stars – you put them all together.’

While Liam was not chosen as the first person to form the band, the judges did praise his vocal ability, with Simon remarking: ‘He was the standout audition, you don’t think he should be over there?’ while pointing to the solo boys section.

Disagreeing, Nicole responded: ‘I don’t think so. If he’s the standout, then he could be the leader.’

Making a sly dig, Simon then stated: ‘He thinks he’s better than anyone else in that list.’ 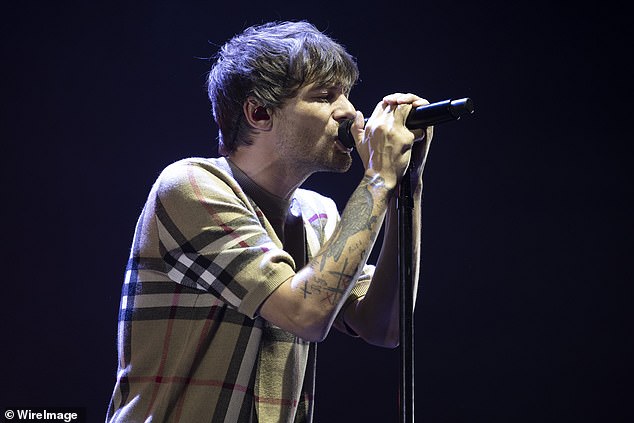 Born to perform: Louis has been on tour in recent months (pictured on stage in Perth, Australia this month)