EXCLUSIVE: ‘I have proof I paid!’ Lisa Vanderpump shares receipts as she denies arch nemesis Kyle Richards’ claim she dined and dashed after they both ate at same LA restaurant

LIsa Vanderpump has denied Kyle Richards’ claim that she ‘dined and dashed’ after they both ate at the same LA sushi restaurant earlier this week.

The reality TV star and hospitality mogul provided receipts exclusively to DailyMail.com showing she paid the $131.84 bill at Shu Restaurant after Kyle accused her of leaving the establishment without paying. Vanderpump had jokingly sent her bill to Richard’s table for her to pick up the tab.

‘I didn’t think I’d have to produce it, but here is the proof I paid the restaurant bill. Ken and I also gave the wonderful server a $40 tip in cash and the delightful hostess $15 for seating us so quickly,’ Vanderpump told DailyMail.com.

‘This once again reinforces why I left the show as Kyle can’t be trusted to tell the truth and she most certainly can’t take a joke.’

‘On a better note, Tom Tom will be reopening tonight after 14 months and we can’t wait to welcome our fantastic guests back.’

The rivals came came face-to-face at the restaurant in Los Angeles on Monday.

Lisa later said that while they ignored each other’s existence, she thought it would be funny to send her $132 dinner bill to Kyle’s table, where the television personality was dining with a Real Housewives producer. 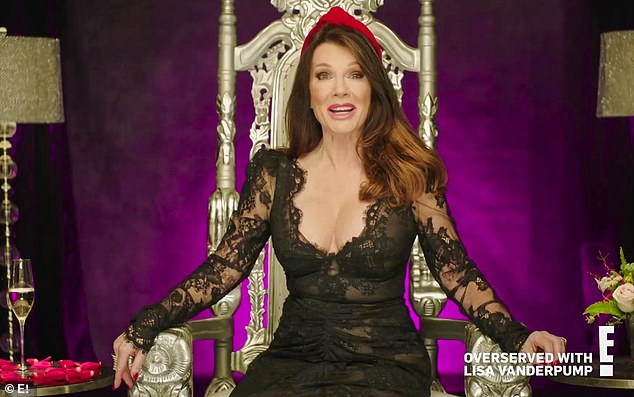 I didn’t dine and dash! Lisa Vanderpump sent a $131.84 dinner bill to arch nemesis Kyle Richards’ table after they both dined out at the same LA restaurant… but she ended up paying herself

Receipts! Vanderpump provided proof of payment to DailyMail.com, and noted that she paid a $40 tip in cash

Lisa, who was eating out with her husband Ken Todd, is said to have told the publication she has a playful friendship with the executive producer and ‘jokingly felt he owed her a dinner’.

The reality star said both Kyle, 52, and the producer refused to pick up the tab and she left the waiter a cash tip and an imprint of her credit card in case they didn’t pay.

On Thursday night, Kyle was spotted leaving Craig’s with her husband and told TMZ that Vanderpump had ‘dined and dashed.’

She said: ‘It was a dine and dash situation. What can I say, I’ve been nothing but nice.’ 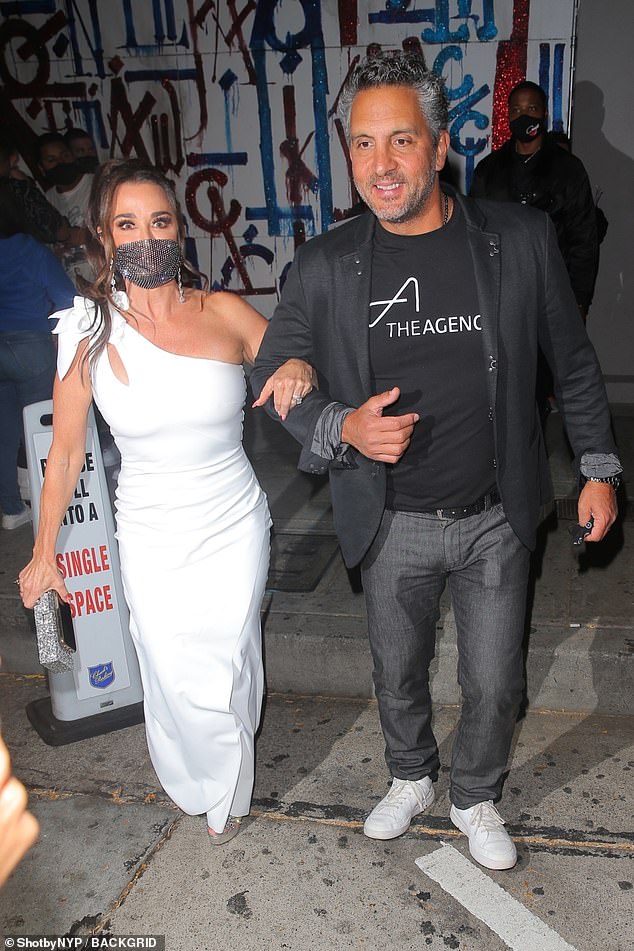 Unimpressed: On Monday night, Kyle failed to see the funny side after Vanderpump sent over her bill, and on Thursday she accused the mogul of leaving the restaurant without paying. The star is pictured here at Craig’s last night with her husband Mauricio Umansky

Lisa starred on The Real Housewives Of Beverly Hills from 2010 until 2019, when a scandal involving a dog adopted from her animal shelter erupted.

Throwback to 2012: Their duo’s friendship came to a bitter end on The Real Housewives Of Beverly Hills in 2019 amid the Puppy Gate fiasco

The star was ostracized by her former castmates, who accused her of trying to make Dorit Kemsley look bad after it came to light that a dog Dorit adopted from Vanderpump Dogs had ended up at a kill shelter.

Lisa continues to insist that she was not responsible for leaking the story and has never blamed Dorit for abandoning the puppy, named Lucy Lucy Apple Juice.

While their friendship is now over, Kyle said last year she was open to reconciling.

Last year, Kyle gave an update on their friendship during an episode of Watch What Happens Live with Andy Cohen.

‘I bumped into her again. I’ve seen her twice in Neiman Marcus. The second time I saw her she didn’t see me and I sort of hid to be honest,’ she confessed.

The star continued: ‘But this last time I saw her at a restaurant and I was passing her table and they sat us right next to each other. And I said to the hostess, ‘Really? Really?’ So I said hello and, to be honest, she was short.’

Making the encounter more awkward, when she gave Vanderpump’s husband a hug, she said he told her: ‘Why are you giving me a hug? I kicked you out of our home.’

‘I can still give you a hug, Ken,’ she recalled telling him. ‘Because I do care about them. But that was the last time I saw them. And I haven’t seen them since or heard from them.’