Liberty Poole oozed confidence in new snaps from her holiday to Tenerife she shared on Saturday.

The 23-year-old former Love Islander donned a red cut-out ruched top, which showcases her ample assets with a keyhole cut out.

Two strings were tied down over her curvy frame, with the star pairing it with a midi-length bodycon red skirt. 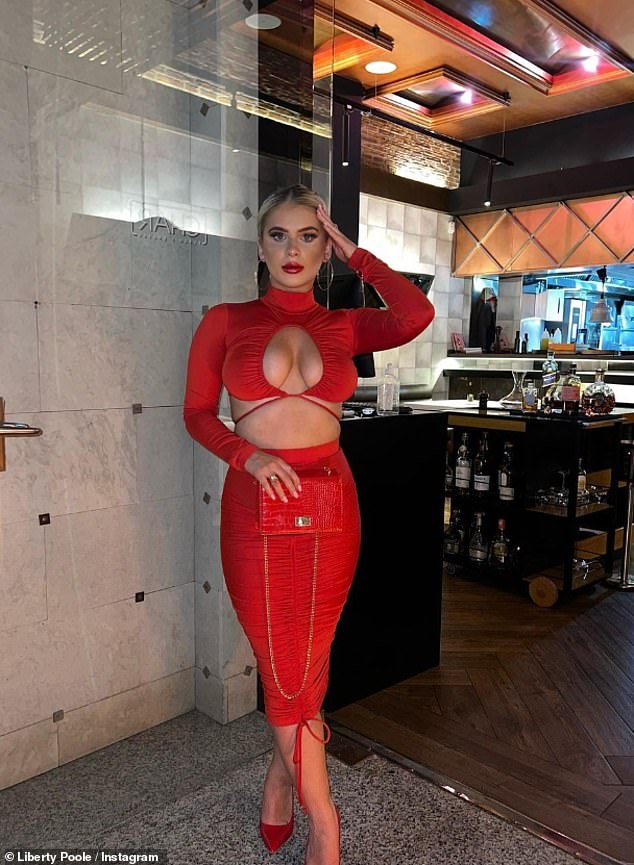 Wow: Liberty Poole oozed confidence in new snaps from her holiday to Tenerife she shared on Saturday

Keeping her svelte midriff on display, the influencer held her matching red and gold hardware handbag as she posed up a storm in Char restaurant.

She slipped her feet into a pair of red pointed court heels accessorised with a pair of large gold hoop earrings and various gold rings.

Her signature flawless makeup look was enhanced with some fluttering false eyelashes and a glowing contour. 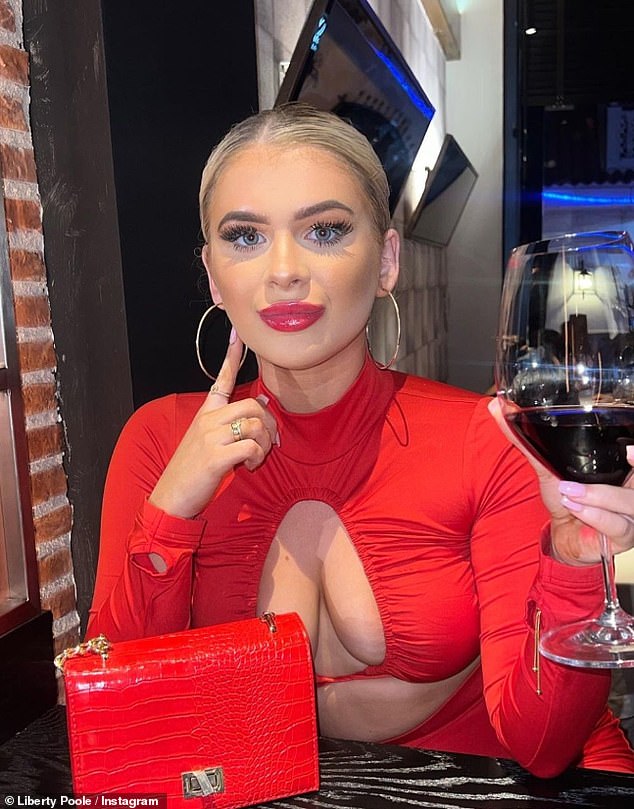 To tie everything together, she pouted with her red lip colour as she held a glass of red wine while sat at dinner with her pal on holiday.

She captioned the sexy snaps: ‘Come dine with me’.

It comes after Liberty claimed she was verbally abused by a ‘group of lads’ who called her a ‘catfish’ while at makeup and fake tan free at the airport.

Last week, the former Love Islander took to her Instagram stories to explain her ordeal while travelling from Birmingham Airport with one of her best friends.

Liberty said she had ‘stripped back’ to no makeup, fake tan, lashes, and her hair scraped up to a ponytail for ease of travel, but claims members of the public were ruthless in their brutal attack on her appearance. 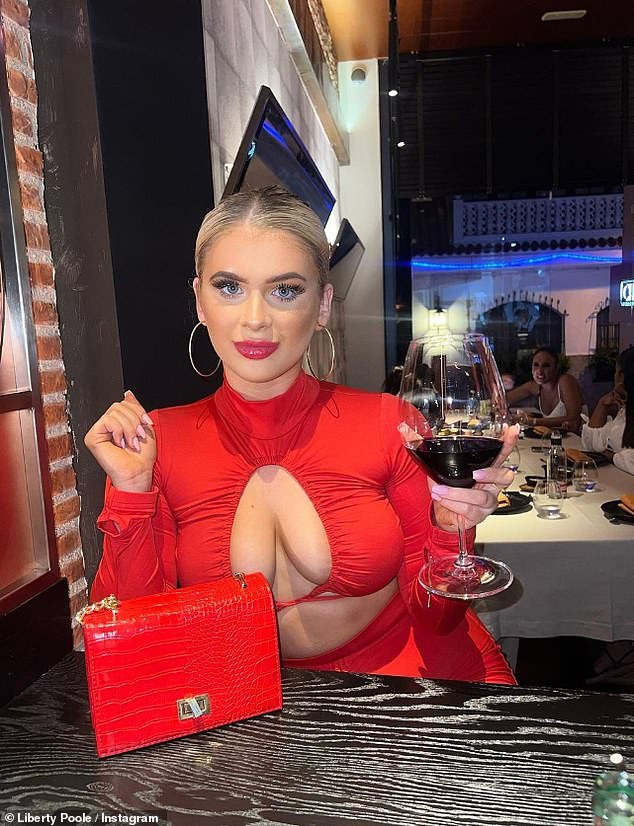 Beauty: The 23-year-old former Love Islander donned a red cut-out ruched top, which showcases her ample assets with a keyhole cut out

The former Dancing On Ice contestant told her 1.4million followers: ‘Hi guys so I just wanted to come on and speak about my experience that happened tonight and I basically speak my truth.

‘So tonight I went to the airport and I literally went no lashes, no foundation, like really stripped back, and like just me.

‘I was verbally abused by a group of lads in the public, shouting at me, “you’ve gone downhill since love island, oh my god, you’re such a catfish”… going onto the plane and telling members of staff, “oh my god have you seen liberty?”, blah blah blah – just because I’ve gone to the airport stripped back.

Liberty shot to fame in 2021 after she stole the hearts of the nation after her early-doors romance with Jake Cornish went wrong in the seventh series of Love Island.

Their love story lasted up until three days before the final of the hit ITV2 show, when Liberty decided to leave after feeling like something was up in their relationship.

She also alluded to problems between the couple that haven’t been aired, such as Jake complaining about her messiness and not liking the way she dresses. 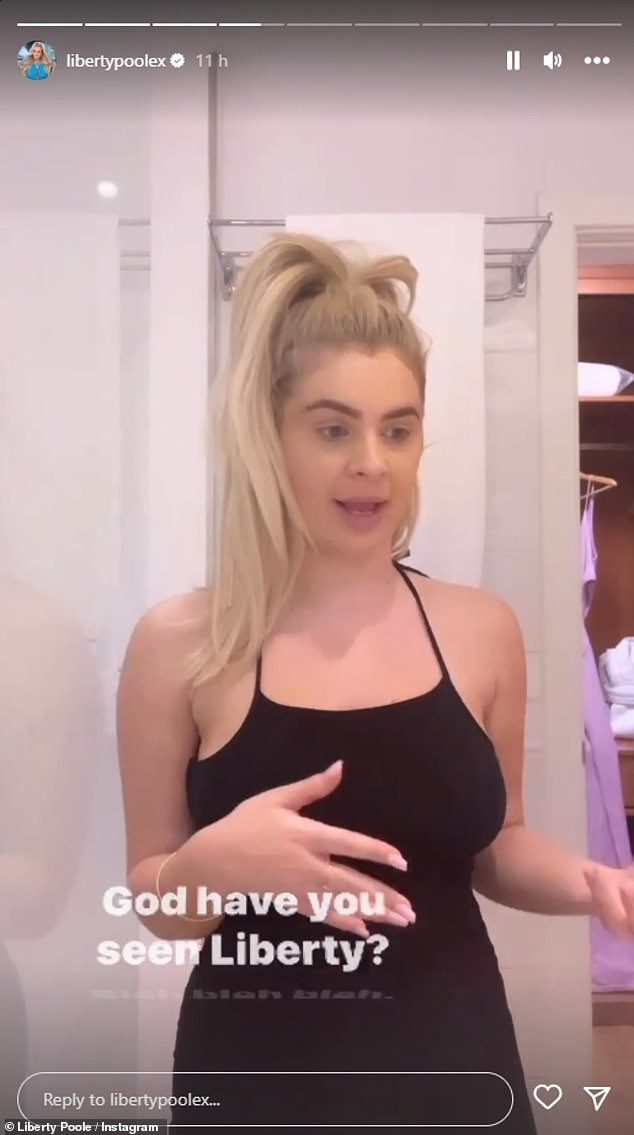 Horrible: Liberty recently said she was verbally abused by a ‘group of lads’ who called her a ‘catfish’ while at makeup and fake tan free at the airport