She’s been quarantining in Los Angeles amid the coronavirus crisis.

And Lena Dunham updated her fans on how she’s doing during lockdown as she shared a sultry snap via Instagram on Saturday.

The Girls creator, 34, looked stylish in a pair of gold trousers while she opted to go topless and cover her modesty by crossing her arms. 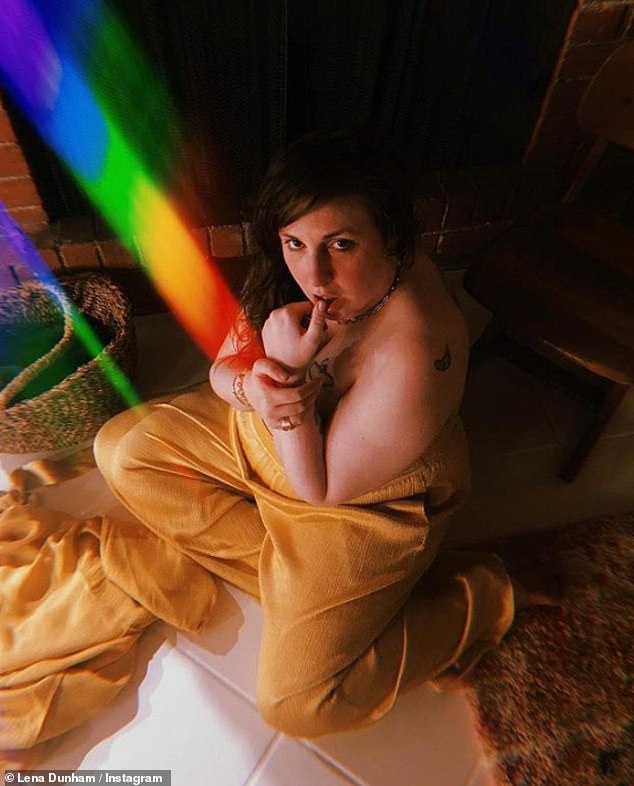 Posing up a storm: Lena Dunham put on a sultry display as she posed topless in gold trousers for a snap she shared via Instagram on Saturday while spending time at home

Looking up to the camera with a sultry expression on her face, Lena posed with her finger on her mouth for the snap.

Her brunette locks were styled into loose waves which fell over her shoulders in a side-swept style, and she wore a light palette of make-up for the occasion.

Reflecting on lockdown, she wrote in the caption: ‘Since quarantine started, I’ve been seeing rainbows everywhere. I used to think they were just cheesy stickers.

‘Now I think they really are a symbol of unity and joy. Who else is getting sentimental in their old age?’ 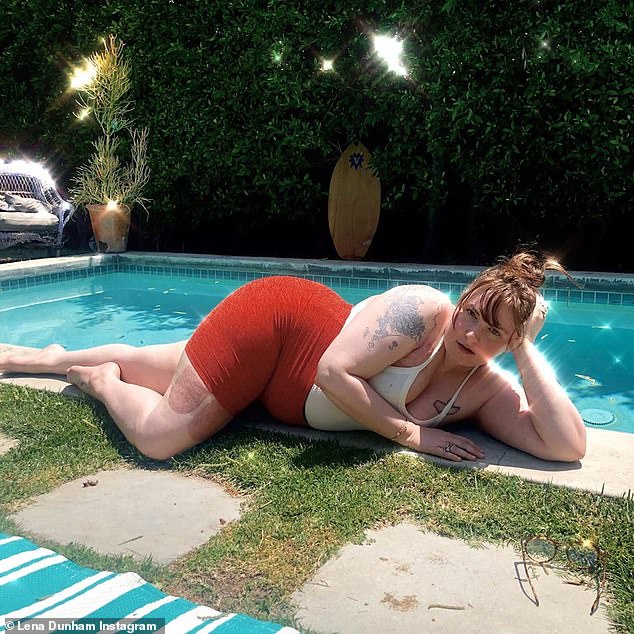 Location, location: Lena has been quarantining in Los Angeles amid the coronavirus crisis

In June, Lena agreed with critics on social media who said her young success in Hollywood was due to privilege.

In a series of tweets the actress said she ‘didn’t know what privilege was’ early on in her career.

Actors and filmmakers of colour began commenting on her privilege by retweeting and commenting on a tweet from The Hollywood Reporter that said ‘[email protected] was 23 when she sold #Girls to HBO with a page-and-a-half-long pitch, without a character nor a plot.’

She started her message with a joke writing ‘Whenever I find out I’m trending, I have to immediately check if I’m alive.’ 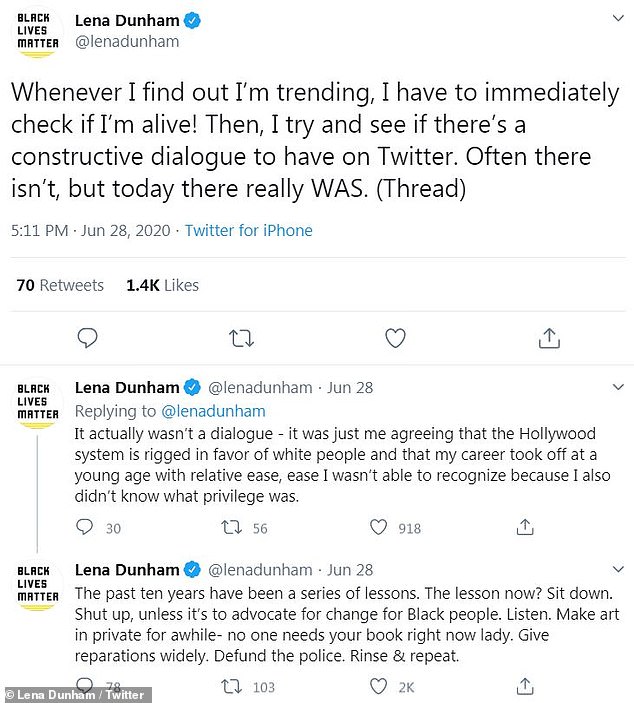 In agreement: In June, Lena agreed with critics on social media who said her young success in Hollywood was due to privilege 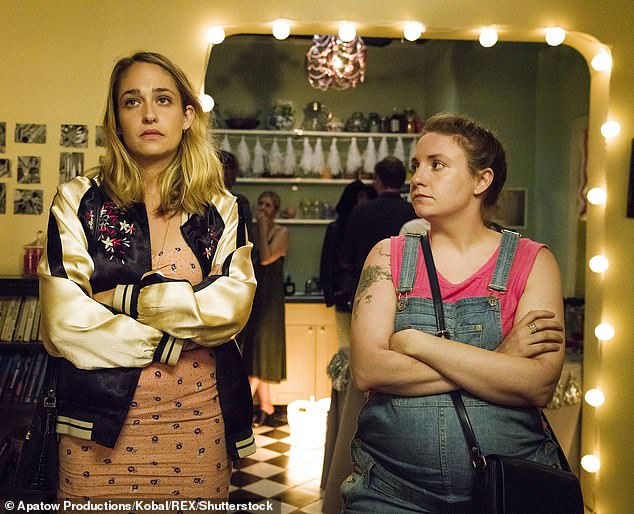 Privilege: In a series of tweets the actress reflected on her privilege after people commented on how she successfully pitched Girls to HBO ‘with a page-and-a-half-long pitch’

‘Then, I try and see if there’s a constructive dialogue to have on Twitter,’ Lena continued. ‘Often there isn’t, but today there really WAS.’

She found the conversation critics were having about her career was useful, and not much of a discussion but rather an agreement.

‘It actually wasn’t a dialogue,’ she wrote. ‘It was just me agreeing that the Hollywood system is rigged in favor of white people and that my career took off at a young age with relative ease.’

Much of the earlier discussion on Dunham centred on a comment she made to THR three years ago, regarding her lack of preparation and development when she signed the deal for Girls. Many also pointed to her family’s wealth. 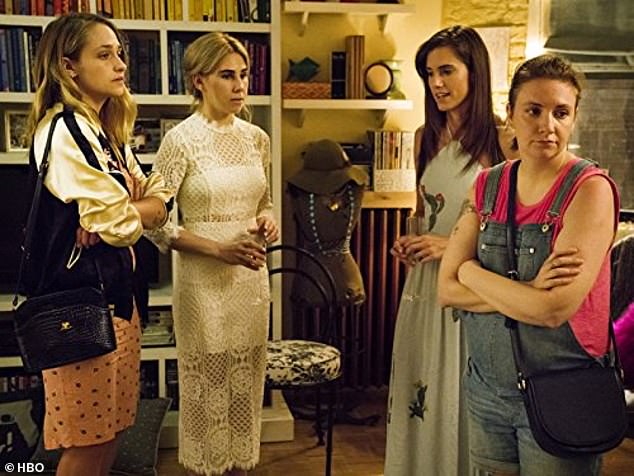 Claim to fame: Lena created and starred in Girls on HBO from 2012 until 2017, while also serving as writer, director and executive producer (pictured in 2017)