Lauren Goodger’s love rival Amy Gilbert shared a cryptic snap on Sunday night as she told fans she was incomparable.

Amy delighted her followers with a sexy selfie captioned ‘don’t compare [bullseye emoji]’ in which she posed in a plunging crop top and hot pants.

She shared the image with her 4000 followers just moments after Lauren also took to Instagram to post a sweet bump snap. 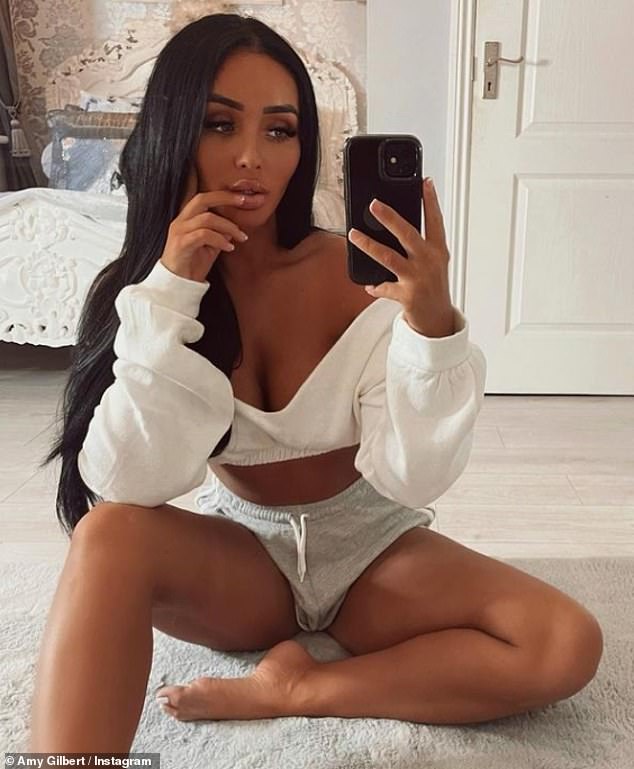 Former TOWIE star Lauren, who is expecting her second child with ex Charles Drury, cradled her baby bump in a sweet shot while cuddled up to daughter Larose, six months.

She had shared the shot on the Instagram account set up in her baby daughter’s name, and captioned it: ‘@babylarose.x first bday party happy 1st Birthday Roman.’

The posts come after it was revealed Lauren’s ex Charles had a fling with Amy in November 2021, while the couple were on a brief break.

Lauren, who has revealed she is 17 weeks pregnant with their second child, kicked Charles out of their home earlier this month after his fling came to light. 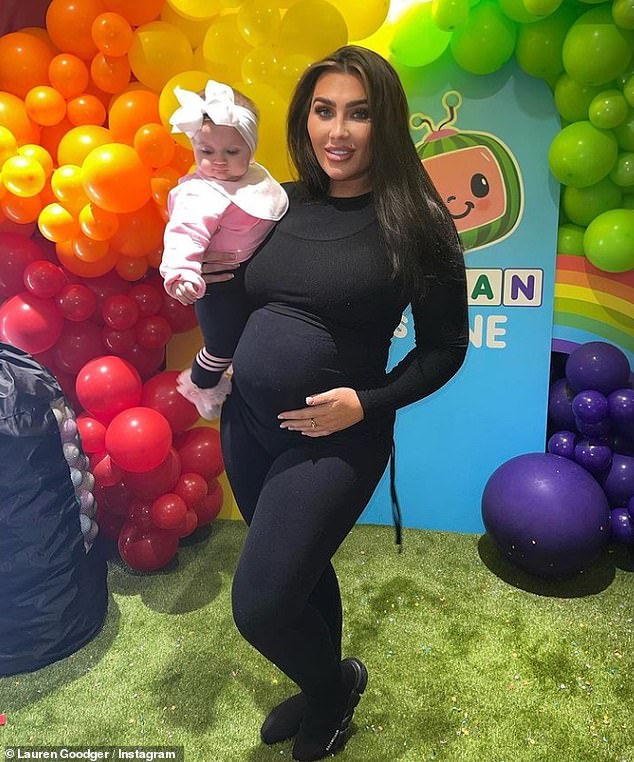 Moments earlier: Former TOWIE star Lauren, who is expecting her second child with ex Charles Drury, cradled her baby bump in a sweet shot while cuddled up to daughter Larose

Lauren admitted last week that she could reconcile with Charles after confirming her pregnancy.

While the couple, who only got together in October 2020, have had a rocky romance, Lauren has now admitted she hasn’t ruled out getting back together with the 24-year-old in the future.

Asked by New! Magazine if this feels like the ‘final break-up this time,’ an optimistic Lauren replied: ‘Not really. It’s weird – men are weird!’

She added though that she now has ‘more self-respect, because if you’re not treating me how I should be treated, then you’re not here. Who knows what’s going to happen next week, next month. But I just know you can’t come and go when children are involved.’

She also admitted that her love for the father of her children ‘will never go’.

The reality star explained that the exes still need to work out ‘a co-parenting schedule’.

‘What we’re doing now is different to what I’ve done before because last time we broke up we’d talk or see each other. Every day he was coming round, which I don’t think is fair, so this is a learning game,’ she explained. 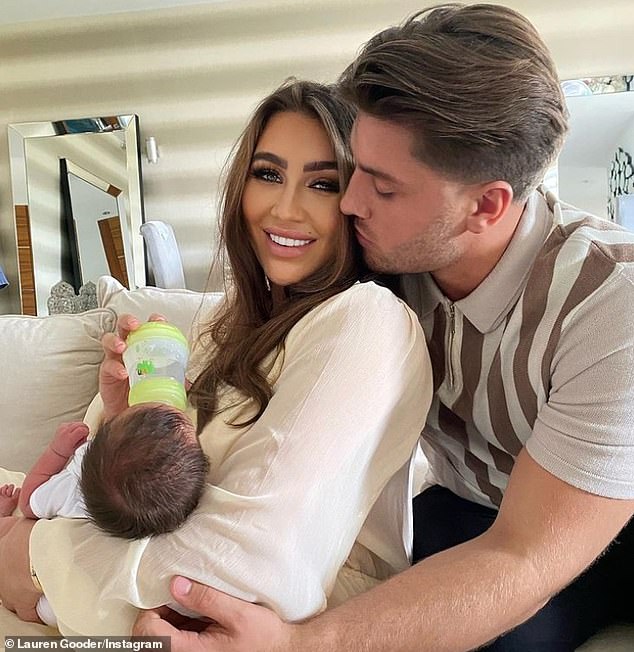 Expecting: Lauren is 17 weeks pregnant with her second child with ex Charles Drury, who she kicked out of their home earlier this month after his fling came to light

Amy previously took to her Instagram Stories as news of Lauren’s pregnancy broke, to brand Charles ‘a disgusting excuse of a man’.

The model wrote: ‘Wouldn’t usually come on social media to voice my opinion but after today I feel like I had too.’

Addressing Charles she continued: ‘Now this all makes so much sense why you ran off so quickly, why you was so brash and evil that you wanted me to make my decision so quickly so it suited YOU, you wouldn’t support me because it would ‘ruin your whole life.’

‘Everything was about YOU, you made me feel so alone. You really are a disgusting excuse of a ‘man’.’

An insider told MailOnline that Charles knew Lauren was pregnant with their second child when he had a fling with Amy during their brief split in November.

Amy has claimed that Charles reached out to her during their break and they began sleeping together before he reunited with Lauren.

Charles has admitted to the steamy tryst which he has labelled a ‘mistake’, and said: ‘I was stupid and things happened’.

Amy has claimed that Charles reached out to her via direct message on Instagram and invited her to his home in east London for sex, before spending a weekend together. 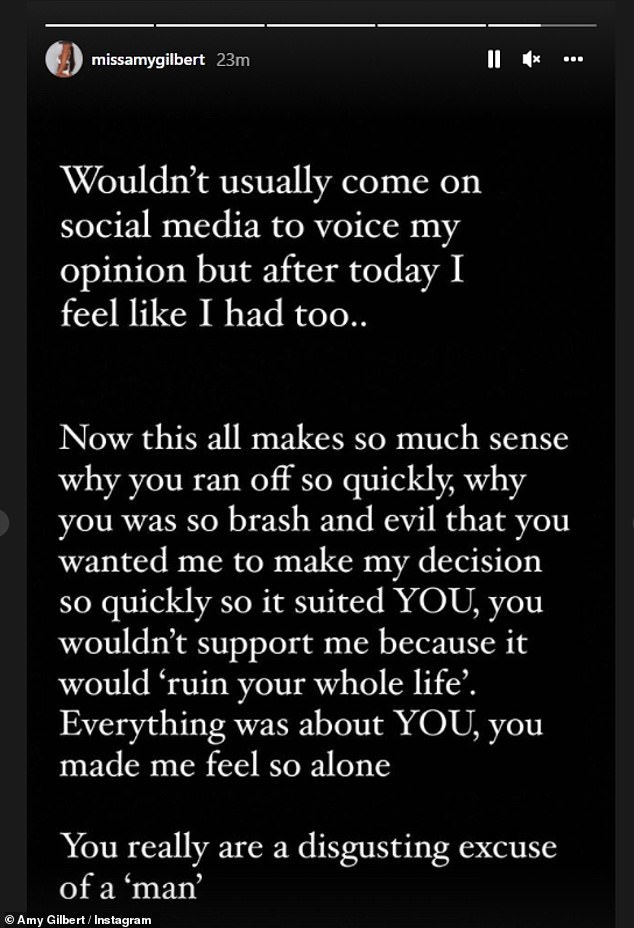 ‘Disgusting’: Amy took to her Instagram Stories as news of Lauren’s pregnancy broke, to brand Charles ‘a disgusting excuse of a man’