Lauren Goodger, 34, shows off her curves in an orange sports bra and leggings after poking fun at the takeaways and fry-ups she’s been indulging in with Charles Drury, 23

She has been poking fun at her eating habits since she started dating Charles Drury, tucking into fry-ups and chinese takeaways together.

On Tuesday night, Lauren, 34, playfully shared a little pig emoji and wrote ‘more food’ as she ate a hearty meal with her builder beau, 23.

And Lauren looked incredible when she stepped out on Tuesday wearing a matching workout set which showed off her toned tum. 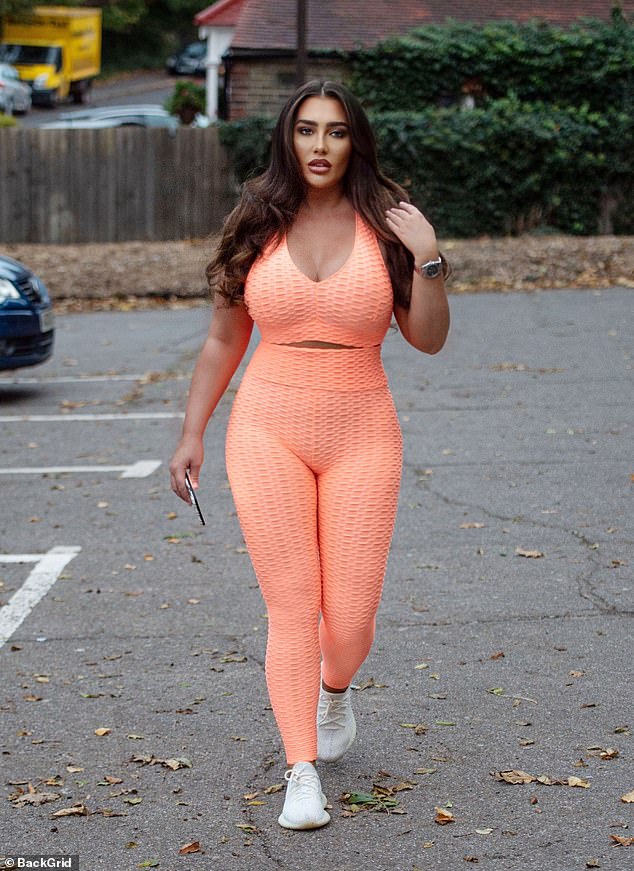 Happy: Lauren Goodger, 34, showed off her curves in an orange sports bra and leggings on Tuesday after poking fun at the takeaways she’s been eating with Charles Drury, 23

She teamed an orange sports bra with matching leggings which had a waffle-effect fabric and white Yeezy trainers.

The Ovahia anti-cellulite leggings retail for £14.99 and have also been promoted by the likes of Kylie Jenner and Katie Price, who had a fling with Charles.

Lauren’s outfit suited her perfectly and she wore her hair in long curls. 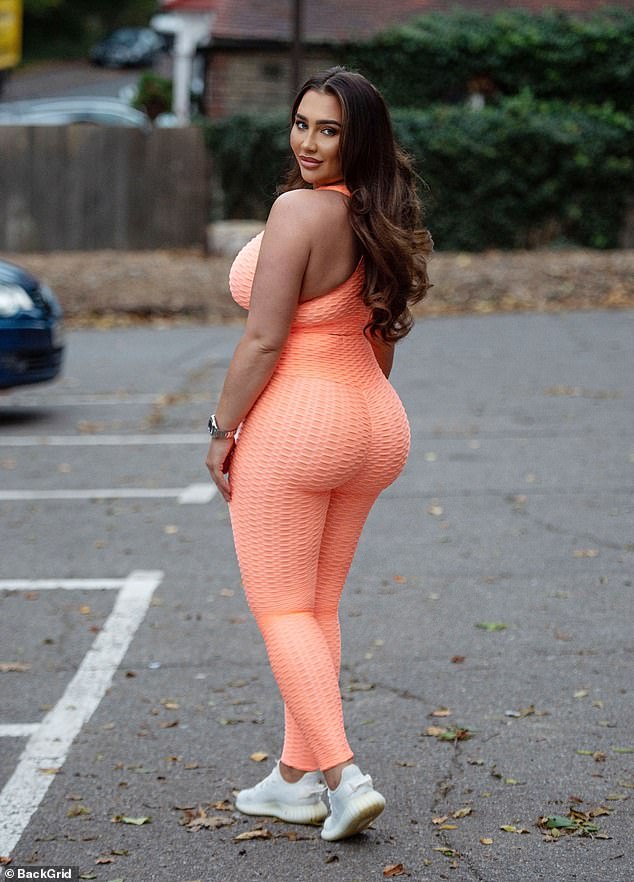 Confident: The Ovahia anti-cellulite leggings retail for £14.99 and have also been promoted by the likes of Kylie Jenner and Katie Price, who had a fling with Charles

Despite only dating for a number of weeks, Lauren has already said she loves Charles and moved him into her house after just three weeks of dating.

The couple embarked on their romance earlier this month, with the former TOWIE star sharing snaps of herself cuddled up to her new builder beau, who’s 11 years her junior, in bed.

And just a few weeks later, a source has told The Sun: ‘Charles has moved into her Essex home and they’re really loved up. 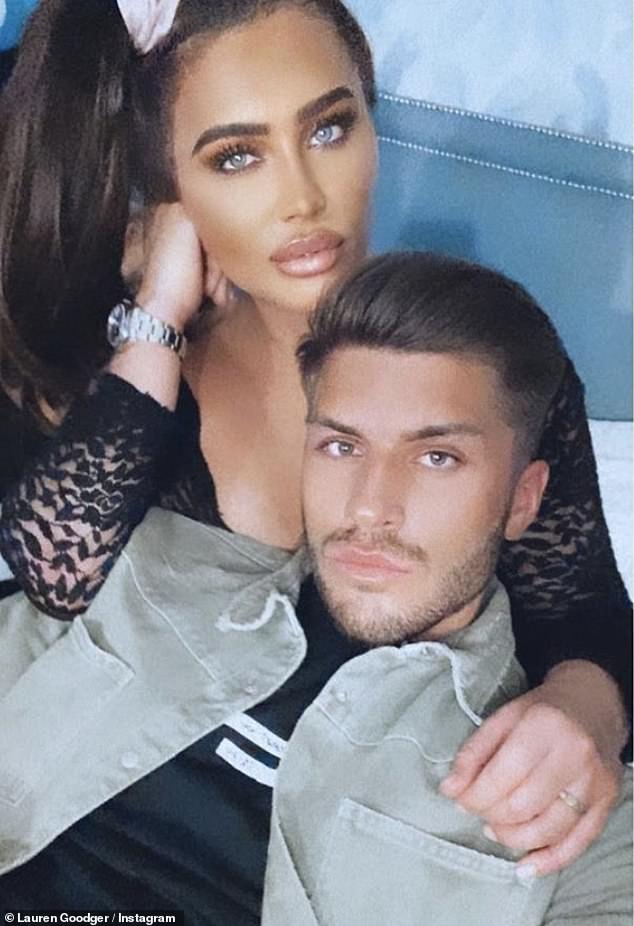 Into it: Lauren has moved toyboy Charles Drury, 23, into her Essex home just THREE WEEKS after they began dating and told him she loves him Treat 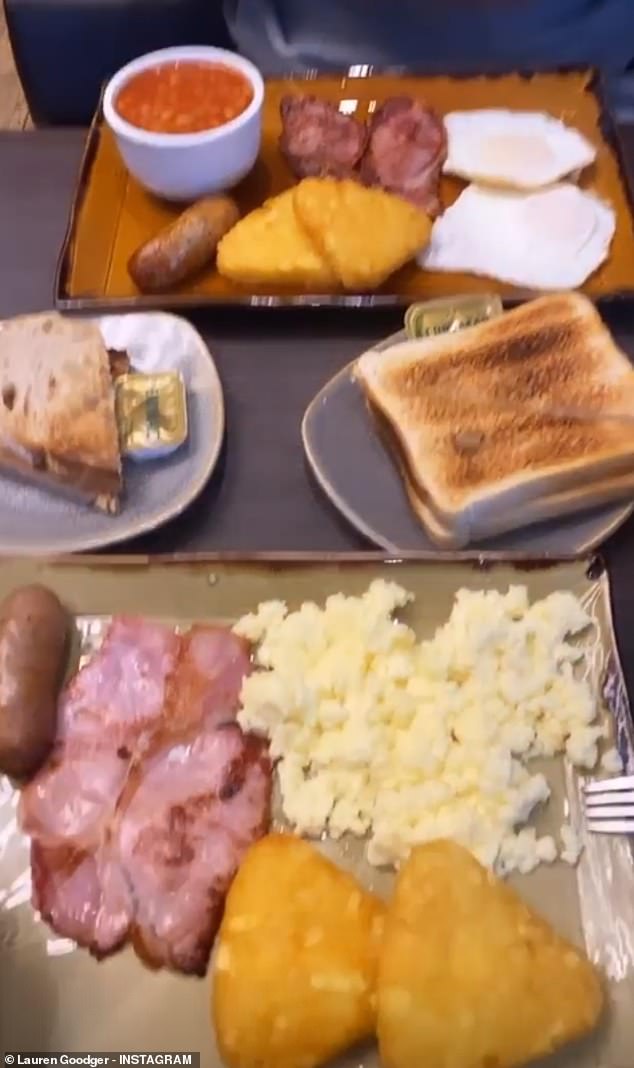 Treat: She shared a snap of the tasty looking fry-up she and Charles were eating

‘She’s head over heels for him – friends can’t believe how fast she’s fallen for him. Everyone’s hoping she’s finally found The One.’

The reality star has been enjoying cosy nights in with her new beau, sharing a sweet text exchange between the pair onto Instagram Stories earlier on Sunday, following a pizza night.

In the WhatsApp conversation, the former TOWIE star gushed about kissing her toyboy ‘in his sleep’ as she messaged him while he laid in bed next to her.

Smitten Lauren wrote: ‘I can’t sleep and I am next to you and I love you so much. Keep kissing you in your sleep.

‘Just wanted to text you this even though your here next to me.’ 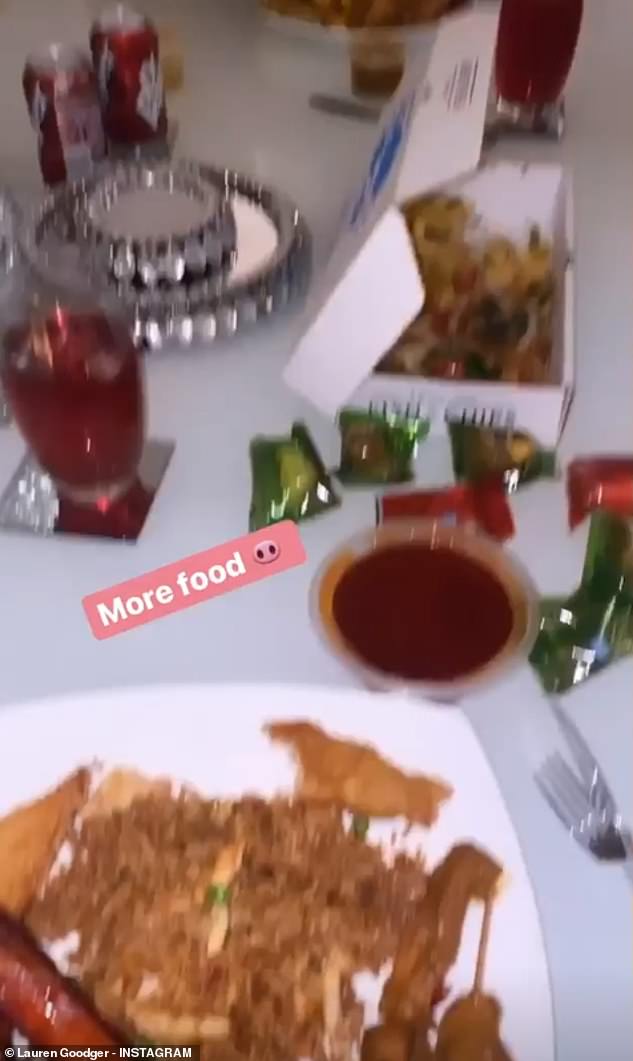 She wrote: ‘More food’ alongside a pig emoji as the couple shared a chinese takeaway banquet