‘Why don’t we like women earning money?’ Laura Whitmore, 37, hits back at fans who call her ‘dull’ and say she is ‘too old’ to be the host of Love Island

Laura Whitmore has hit back at fans who call her ‘dull’ and say she is ‘too old’ to be the host of Love Island.

The Irish presenter, 37, took to Instagram to share a short clip addressing comments she frequently receives about her job – ahead of the ITV2 show’s eighth series airing on Monday.

At the start of the minute-long video, she said: ‘Shall we get this out of the way, then we can enjoy the juicy bits! See ya Monday.’ 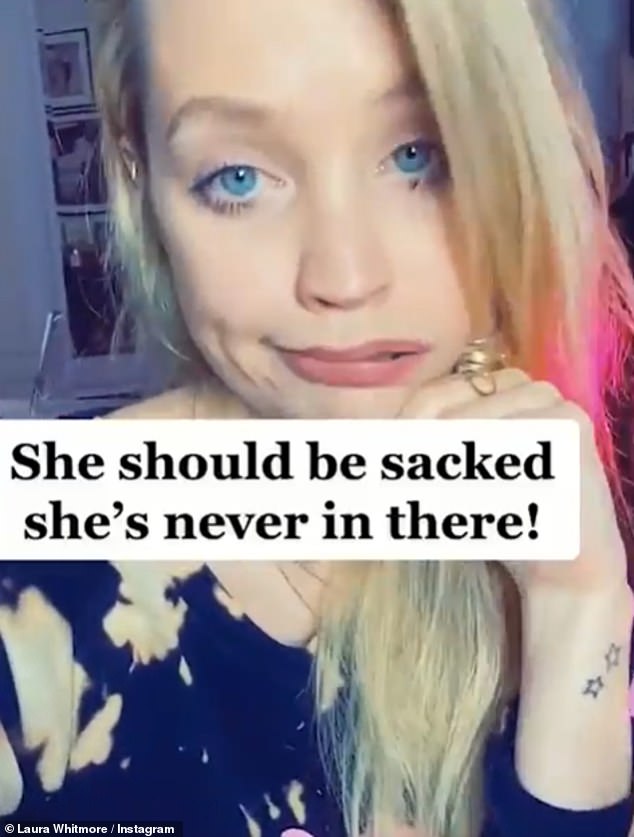 Trolls: Laura Whitmore has hit back at fans who call her ‘dull’ and say she is ‘too old’ to be the host of Love Island

She started with one online comment that said: ‘I think its ridiculous that Laura flies back and forth – send the guests there!’

Her response was: ‘The villa is Mallorca and Aftersun is London. This is the situation for any host, always has been. I have it in my contract to offset carbon emissions.’

She then touched on what she is paid for hosting Love Island, as one online comment said: ‘Laura has the easiest job on the telly! She gets paid £50k a minute. It’s an outrage!’ 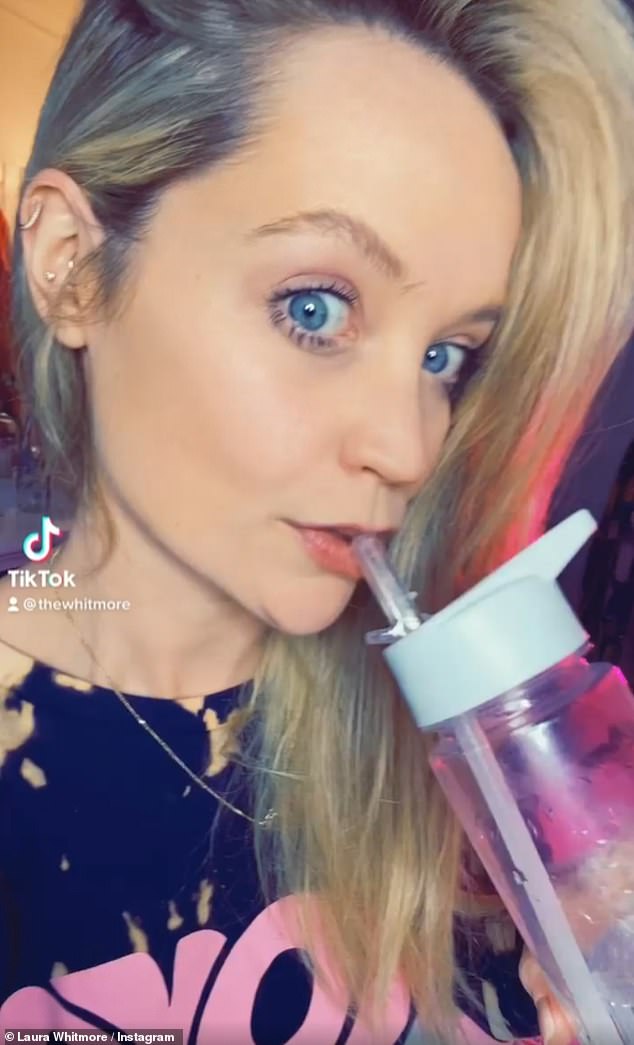 At the start of the minute-long video, she said: ‘Shall we get this out of the way, then we can enjoy the juicy bits! See ya Monday’

An angry Laura replied by stating how her husband Iain Stirling doesn’t receive the same comments for his role as voiceover on the show.

The host said: ‘Firstly, Iain has never had attention on money he earns. Why don’t we like women earning money?

Lauren then added: ‘I b****y wish I earned what was written in the press! I only get paid days I work.’ 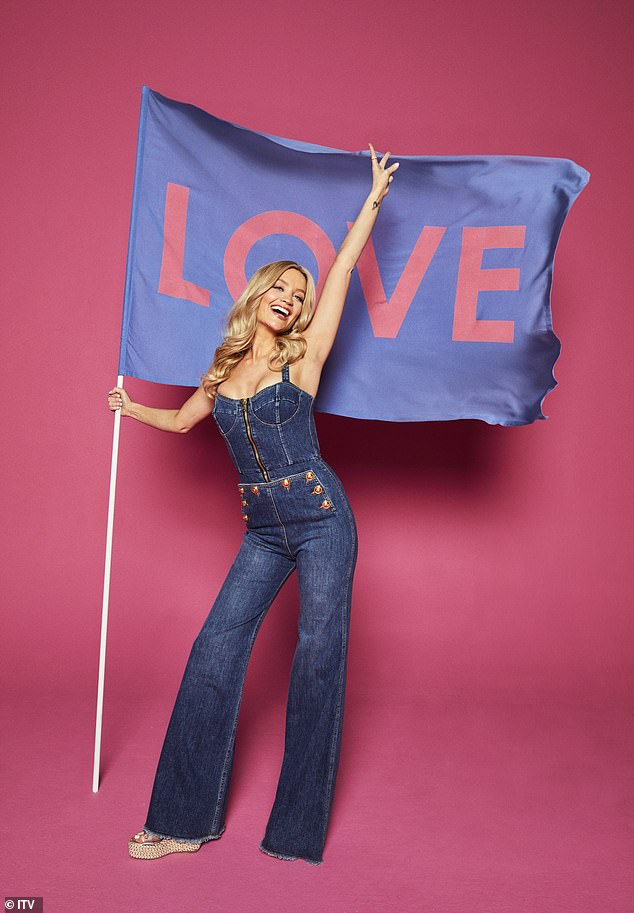 Angry: The Irish presenter, 37, took to Instagram to share a short clip addressing comments she frequently receives about her job – ahead of the ITV2 show’s eighth series airing on Monday

Laura then hit back at the trolls calling her ‘boring’ or ‘dull’, after sharing the hurtful online comments: ‘She’s so boring. Why doesn’t she ask more? What’s with all the pauses!?’

Her response was: ‘Drama baby! If I wasn’t on hosting duties I would be having full on banter.

‘But I can’t I need to stay as impartial as possible and trust the process. Last year with social distancing I couldn’t even give them a hug! And I am a hugger.’

Lastly, she addressed ageist comments that she was ‘too old’ for the show, saying: ‘I don’t plan to date the Love Islanders. I am the HOST. Age means experience and it’s a privilege.’ 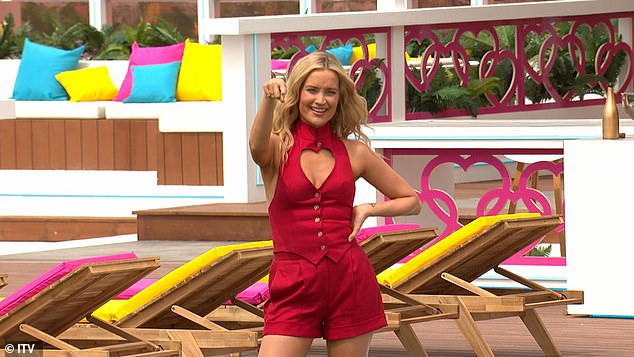 Love Island 2022 FIRST LOOK: Laura Whitmore rocks a chic red ensemble for the launch night episode as she welcomes the islanders to the new villa

With less than 24 hours to go until Love Island returns for its eighth series, fans have been given a sneak peek of the first episode ahead of its broadcast on Monday night.

In new photos, host Laura looks sensational in a red two piece as she welcomes the latest batch of dating hopefuls to the Mallorca villa. 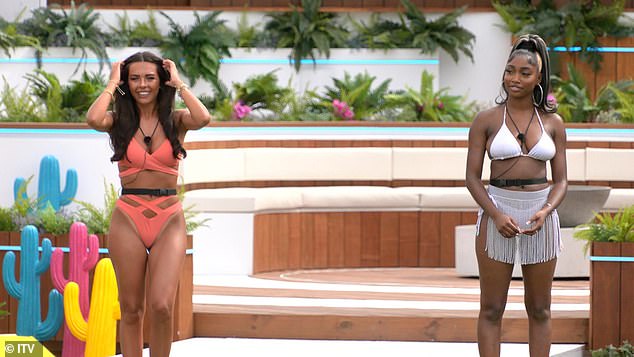 It’s back: With less than 24 hours to go until Love Island returns for its eighth series, fans have been given a sneak peek of the first episode ahead of its broadcast on Monday night (Gemma Owen pictured left, Indiyah Polack pictured right) 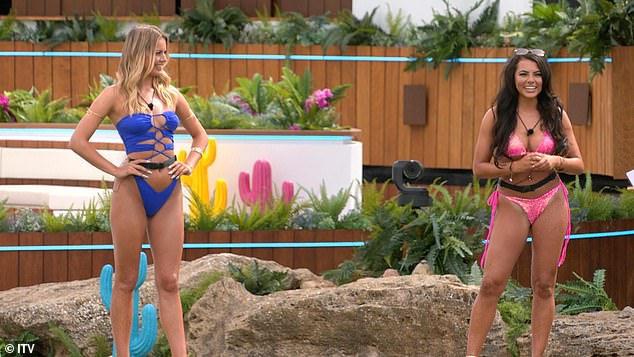 The images, released by ITV2, also show the Islanders on their first day in their new abode.

As Laura gets down to the nitty gritty, the girls gather around the famed firepit to hear what they have in store.

During the first episode of previous series, the girls have been asked to step forward if they find a boy attractive on their arrival. 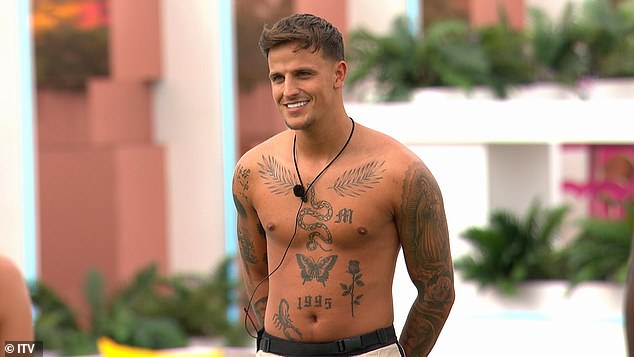 Inked: During the first episode of previous series, the girls have been asked to step forward if they find a boy attractive on their arrival (Luca Bish pictured) 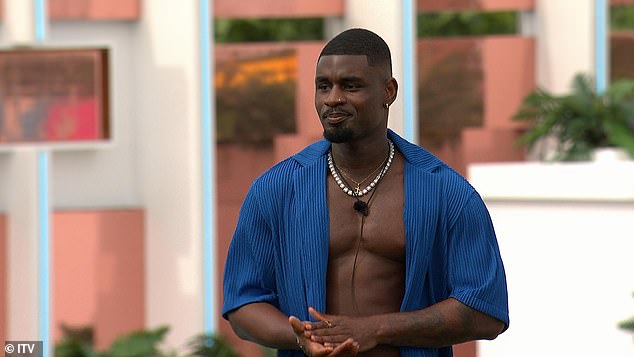 TV stint: ‘I don’t know how my grandma is going to feel if I find my wife on a TV show! I’m winging it, I’ll see,’ said contestant Dami Hope

The new Love Island villa is the biggest ever – boasting an infinity pool, huge bedrooms, and panoramic views of Mallorca. 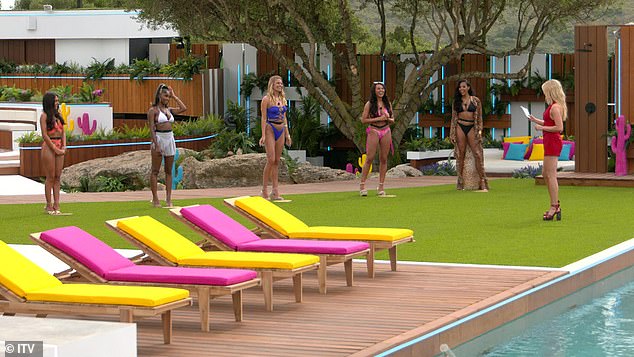 Exciting: The new Love Island villa is the biggest ever – boasting an infinity pool, huge bedrooms, and panoramic views of Mallorca

Love Island producers confirmed to MailOnline that while food-eating challenges have been scrapped, sex is still on the menu, and they will assess each moment of pleasure between the Islanders on a case-by-case basis.

Asked by MailOnline if the 2022 series will show sex scenes unlike last year, executive producer Mike Spencer admitted there was no black out ban in place.

He said: ‘We don’t decide anything in advance. You just don’t know until you see the footage, genuinely, we are so reactive we are cutting around the clock.

‘If something happens, we are cutting it overnight so until you see something it is hard to make a judgment and you just have to go with what is right.

‘The show does get it right, it’s suggestive and funny, music is a massive thing, and we will continue to do that but until we see it it’s difficult to tell and it depends on who it is.’

Love Island starts at 9pm Monday 6 June on ITV2 and ITV Hub. Episodes are available the following morning on BritBox.