Kim Kardashian has been pictured out after facing fierce backlash online for promoting Kanye West’s album Donda, that features a collaboration with accused rapist Marilyn Manson.

The estranged wife of Kanye reportedly ‘didn’t know’ that Manson would be involved in his listening party last week, where they both took to the stage in Chicago, but she has since been promoting the album on her social media.

Manson and fellow disgraced artist DaBaby are both featured on the track Jail, Pt. 2, which became available to stream on Sunday.

Kim, 40, who has four young children with Kanye, was seen dressed down in all black with a matching face mask on Monday, as she kept a low-profile while in Beverly Hills.

At least 15 women have accused Manson, 52, – real name Brian Warner – of sexual, psychological and physical abuse, including actress Evan Rachel Wood and Esmé Bianco. He has denied the claims.

Kanye, 44, has faced criticism for having Manson on the record, after a review from The Independent commented: ‘Marilyn Manson’s inexcusable presence leaves a sour taste that no amount of gospel can cleanse.’

A fan pointed out on Twitter, ‘Even Kim Kardashian has not thought this deeply, she’s promoting the album too!’

Another Twitter user commented: ‘I can say without hesitation that Kim Kardashian is just as problematic as Kanye West for continually to show outward support his latest album when Kanye has known abusers like Chris Brown and Marilyn Manson on his album.’ 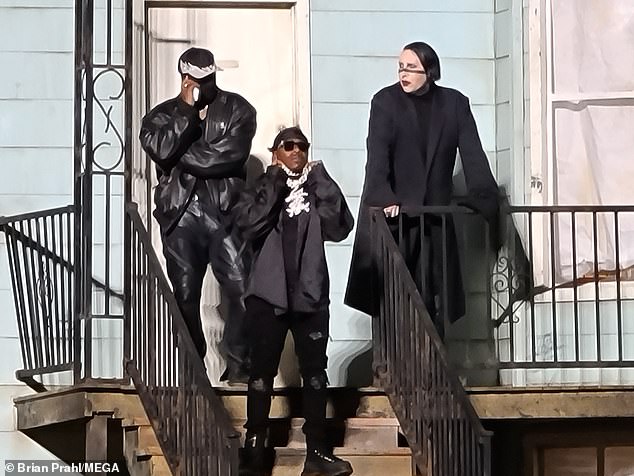 Staying silent: Kim has yet to comment on the backlash, but sources previously claimed she ‘didn’t know’ that Marilyn Manson would be involved in the album party 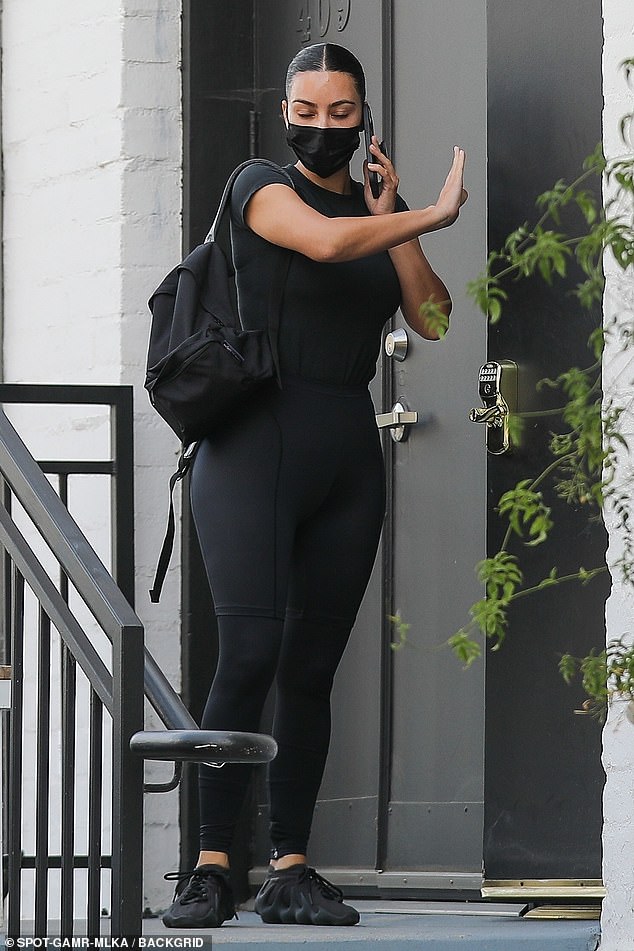 Daily routine: The KUWTK was pictured out running errands in LA amid the controversy 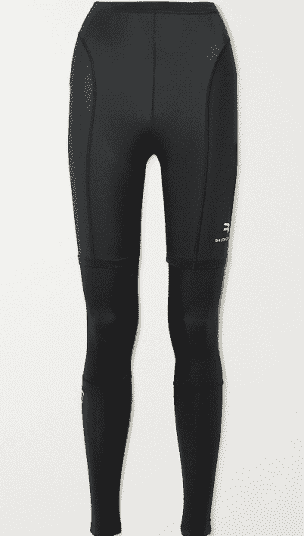 Others questioned where the reality star stood in terms of her budding career as a lawyer, while associating herself with a controversial figure like Manson.

‘Kim how can you be serious about the legal work you do, but still participate after knowing Kanye has Marilyn Manson on set?’ a Twitter user asked.

While Kim has stayed silent publicly, sources close to the reality star have said she ‘didn’t know’ that Manson would be at the listening party.

However, Manson’s PR confirmed after the event that he had collaborated with Kanye on the album.

At the listening experience, Kim arrived on stage in ivory silk Balenciaga wedding dress, prompting rumors she and West have reunited. 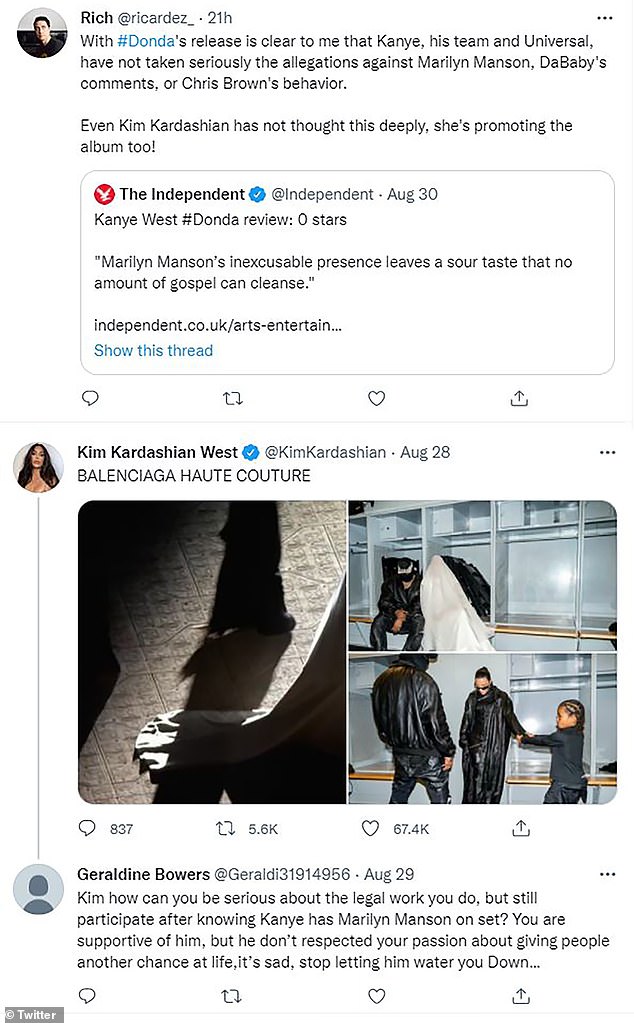 Criticized: Many have taken to Twitter to express their disappointment over the collaboration

New music: The star has been actively promoting Kanye’s album on her social media channels 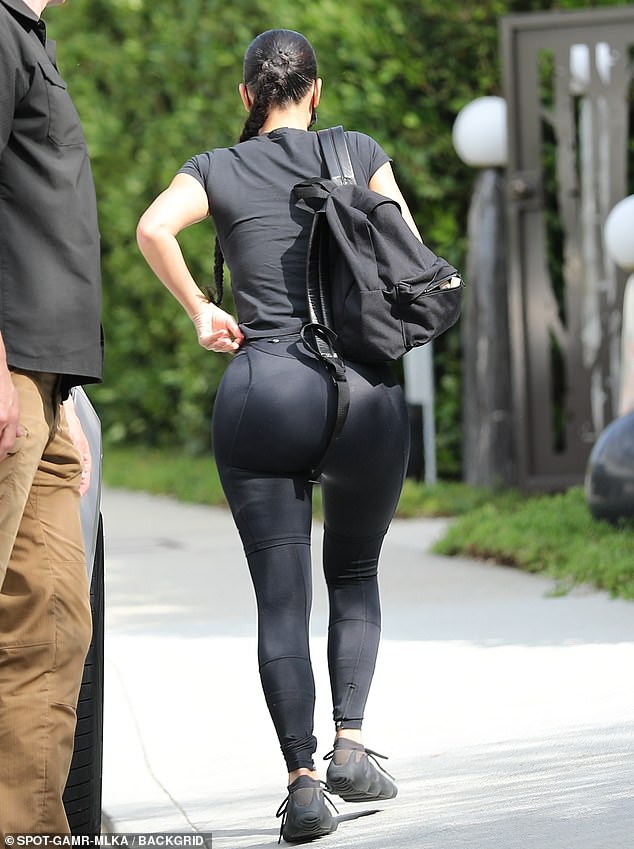 Eye of the storm: Kim has found herself in some backlash following her involvement in the controversial album release party

After the fact: The reality star appeared on the same stage as Manson, 52, last week at Kanye’s grand listening party for Donda

Manson has denied all claims of misconduct against him, referring to them as ‘horrible distortions of reality’ that misrepresent consensual relationships with ‘like-minded partners.’

Westworld star Evan Rachel Wood – one of Manson’s 15 accusers – appeared to react to the collaboration with Kanye on Saturday in Hollywood.

The actress shared a video of herself singing You Get What You Give by The New Radicals, which references Manson in a negative light in the lyrics.

Evan, 33, captioned the video, ‘For my fellow survivors who got slapped in the face this week. I love you. Don’t give up.’ 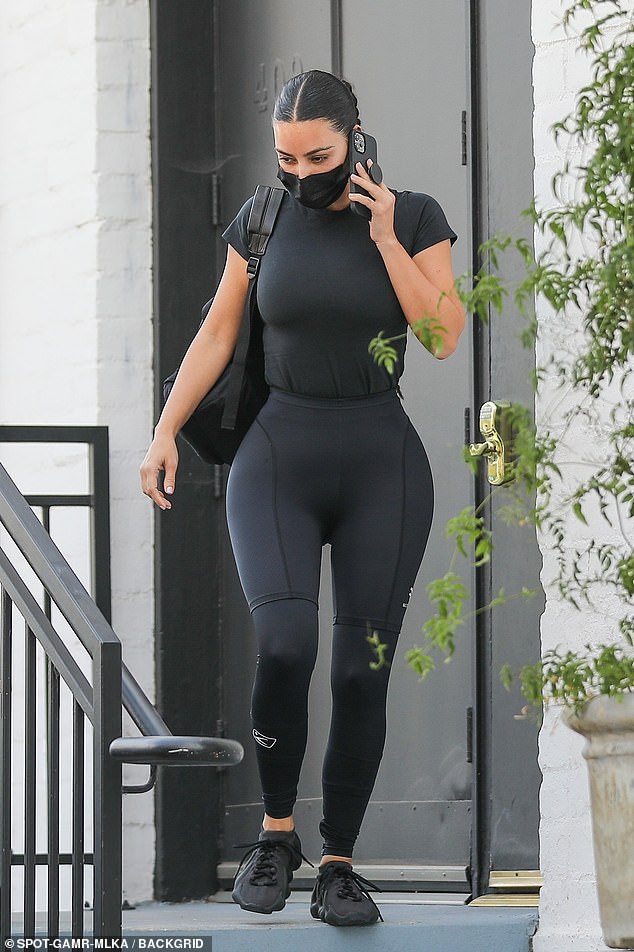 No word as yet: DailyMail.com reached out to reps for Kim to comment on the involvement of Marilyn Manson on the record

Seen out: Kim emerged amid the controversy as she went about her day in Beverly Hills 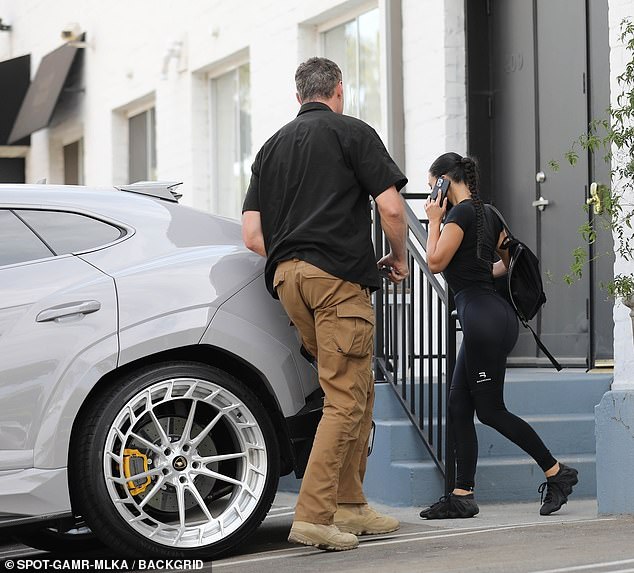 Exit: The star was seen getting into her $600k one-of-a-kind Lamborghini Urus

She began dating Manson in 2007 when she was 19 years old and he was 36 but they eventually called off their 2010 engagement a year later.

In February Wood named the rocker as her abuser after sharing she had been sexually assaulted without sharing her abuser’s name two years prior.

In a harrowing 2009 Spin Magazine interview — conducted during a break from Wood — Manson spoke about the actress. 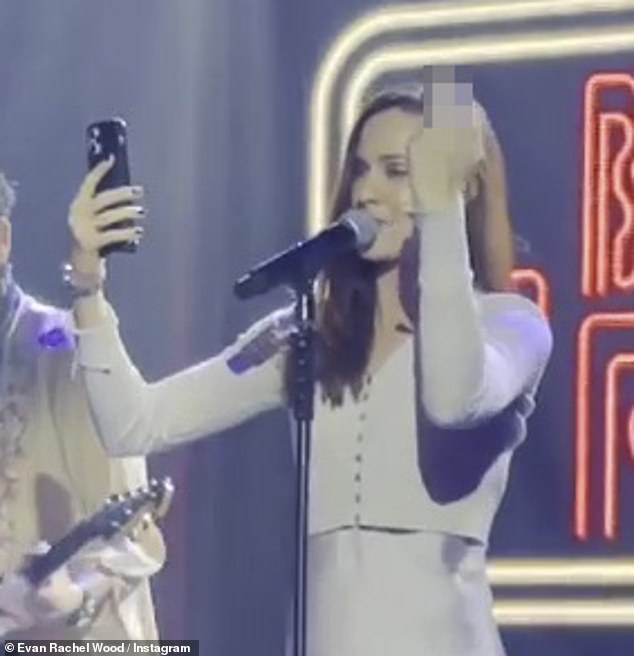 ‘The song “I Want to Kill You Like They Do in the Movies” is about my fantasies. I have fantasies every day about smashing her skull in with a sledgehammer,’ he said at the time.

His team told the music blog Metal Hammer in 2020: ‘The comments in Spin where Manson had a fantasy of using a sledgehammer on Evan … was obviously a theatrical rock star interview promoting a new record, and not a factual account.’

Kanye West — who released his highly anticipated album on Sunday — brought out both Manson and fellow disgraced artist DaBaby at his listening event, as both are featured on the track Jail, Pt. 2.