She won the Emmy for Outstanding Lead Actress in a Drama series, thanks to her outstanding portrayal of Villanelle in Killing Eve.

And Jodie Comer looked every inch the Hollywood star as she had a glamorous makeover on Thursday.

The actress, 26, took to Instagram to show off her freshly-dyed locks and make-up and thanked her stylist team for ‘making a girl feel good’. 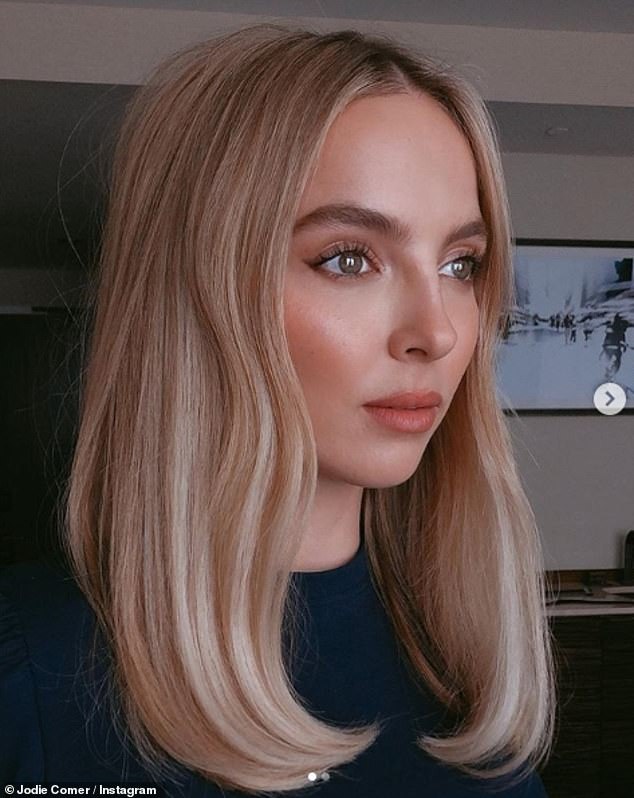 Stunning: Jodie Comer looked every inch the Hollywood star as she had a glamorous makeover on Thursday

With her blonde hair styled into a voluminous blow-dry, Jodie showed off her radiant make-up look.

The Doctor Foster star captioned the snaps: Such a lovely day spent yesterday with @harryjoshhair & @ninapark. Thanks for making a girl feel GOOD!’

And Jodie is making moves on the big screen and could reportedly star in The Last Duel alongside Ben Affleck and Matt Damon. 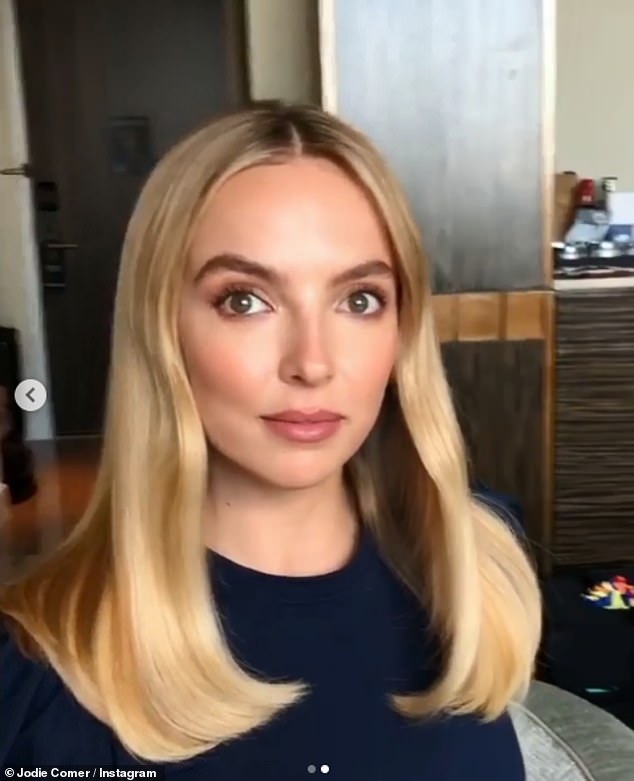 Picture perfect: The actress, 26, took to Instagram to show off her freshly-dyed locks and make-up and thanks her stylist team for ‘making a girl feel good 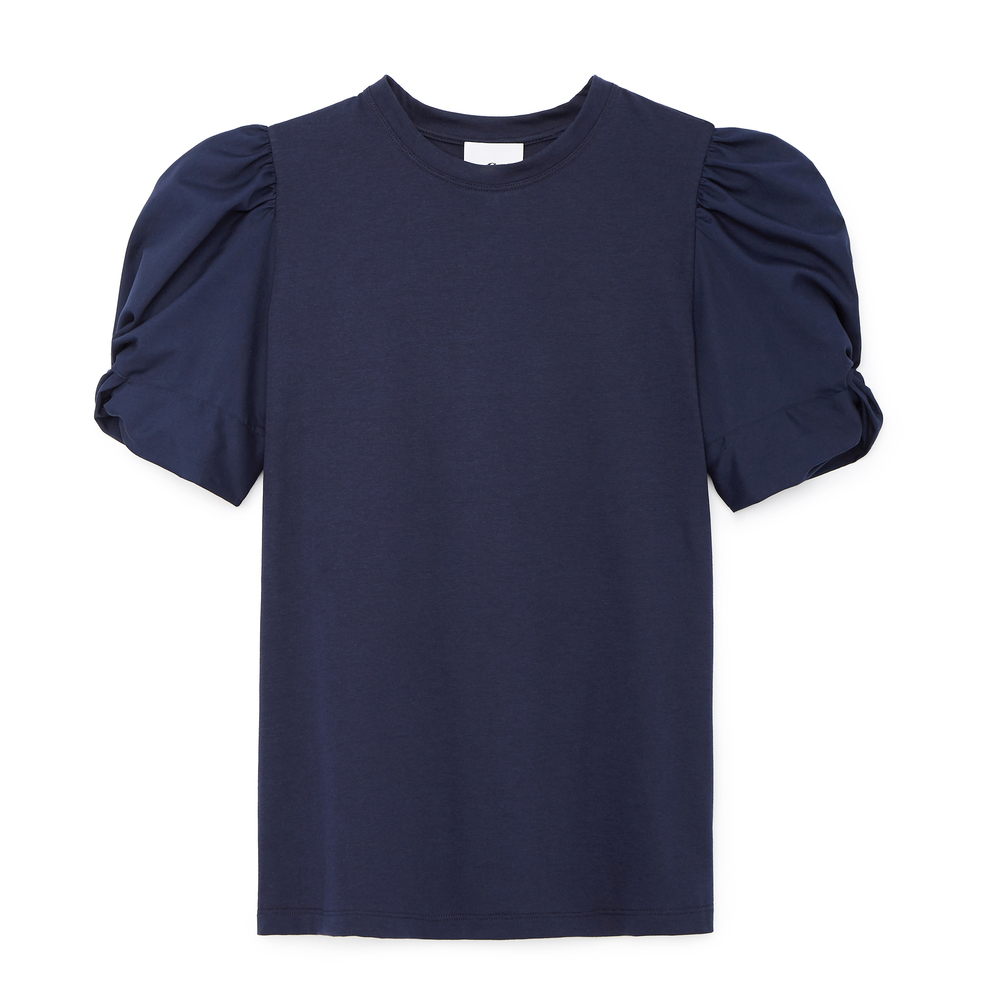 The actress is in talks to have a role in the revenge drama from director Ridley Scott, according to Variety.

While the film does not have a green light to start production yet, but if it’s approved, filming should begin in early 2020.

The film will be adapted from Eric Jager’s 2005 book The Last Duel: A True Story of Trial by Combat in Medieval France, which tells the true story of the last judicial duel in the history of France. 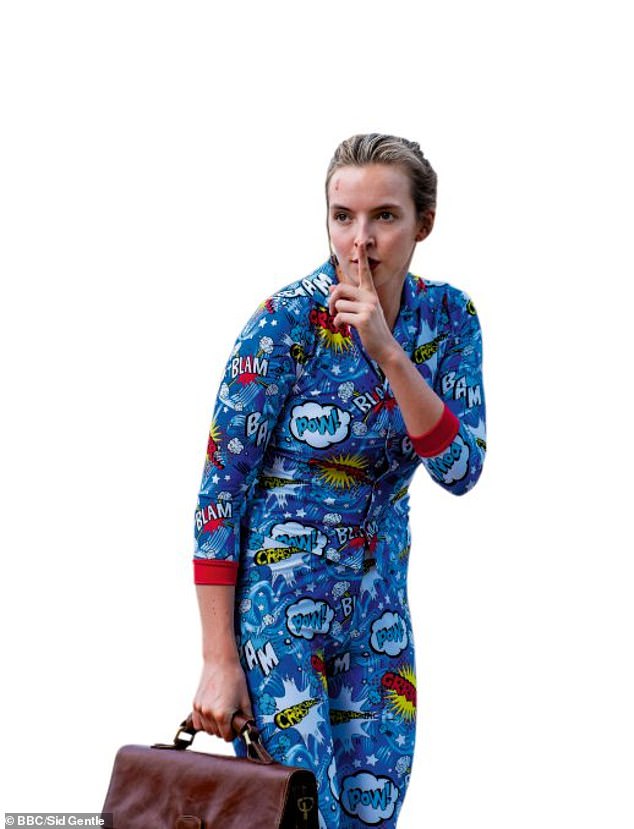 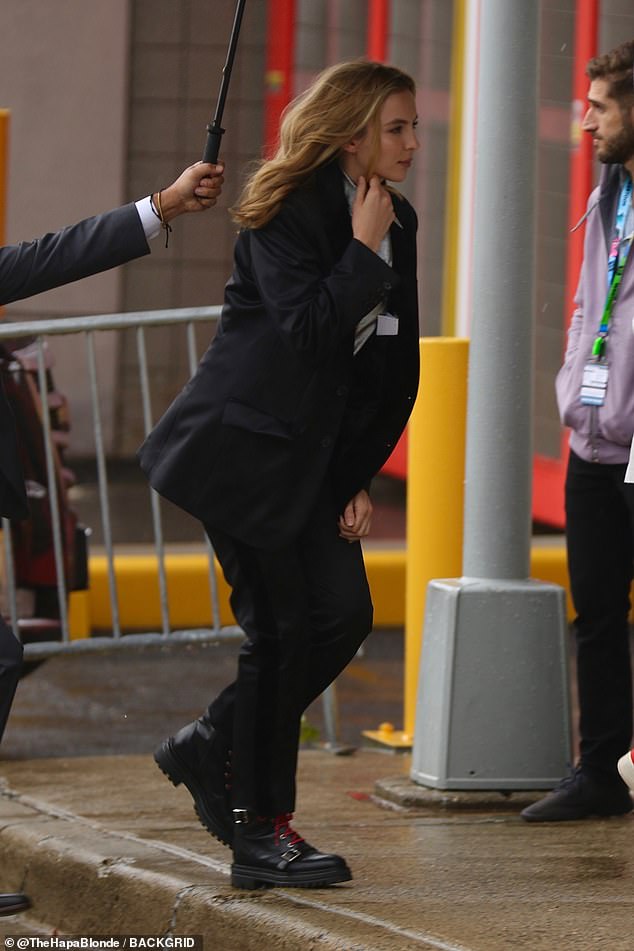 Glamour: Jodie was seen making a chic arrival to Comic Con in NYC  on Thursday 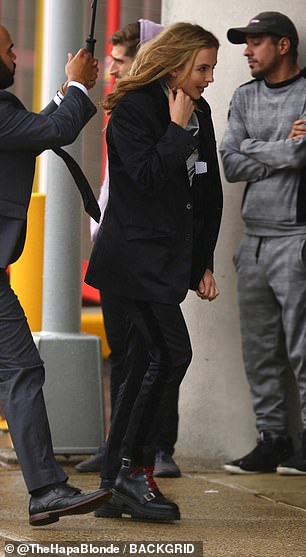 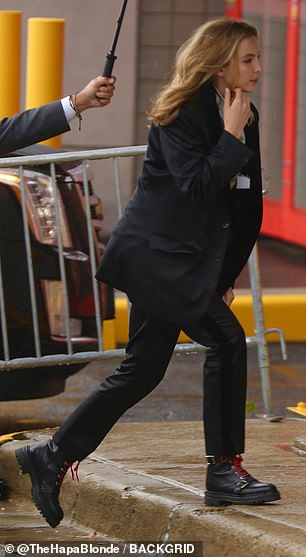 Glow: The star looked gorgeous as she battled the elements in the Big Apple

The story is set in 14th Century France, following a man who returns home from war to discover that a friend of his had raped his wife (Jodie Comer).

Meanwhile, Jodie celebrated her Emmy win at the end of last month by eating ‘lots of pizza’ as she was too ‘tired’ for any wild celebrations as she was sick with a cold, so didn’t stay out for too long after the ceremony ended.

She told Variety magazine: ‘I was so tired; it was such a long day. I was with my agents and the Killing Eve team, and we had a couple of drinks to celebrate, and lots of pizza.’

In her acceptance speech, Jodie admitted she had been so convinced she wouldn’t win the award, she hadn’t invited her parents over from the UK for the ceremony – and now she’s convinced they’ll want to attend ‘every single thing’ with her in the future. 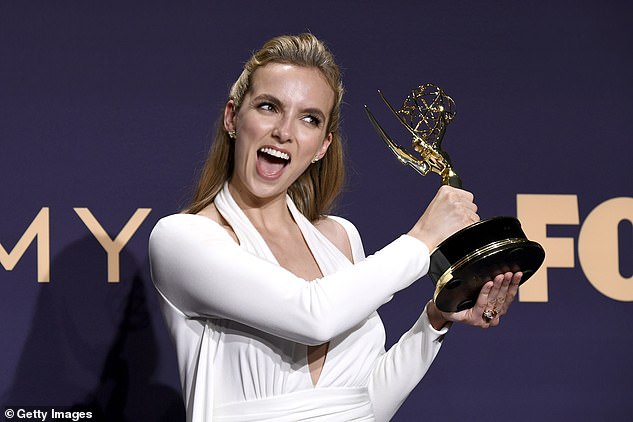 Success: Jodie won the Emmy for Outstanding Lead Actress in a Drama series last month, thanks to her outstanding portrayal of Villanelle in Killing Eve