Valentine’s Day has come early for Khloe Kardashian in more ways than one.

The Keeping Up With The Kardashians star took to Instagram on Friday and gave her 130million fans and followers a glimpse at a Valentine’s gift she received from older sister, Kim Kardashian.

And it appears her partner and baby daddy Tristan Thompson also got a jump on the lovers’ holiday by having a balloon and roses arrangement delivered to her at home. 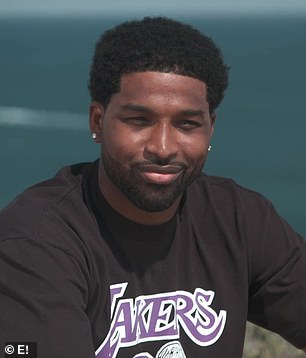 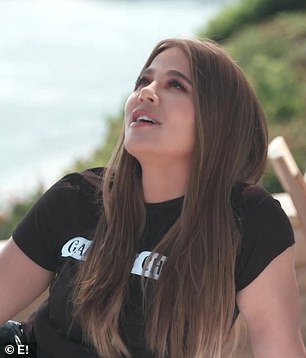 Holiday love: Khloe Kardashian appeared to send a thank you to her partner and baby daddy Tristan Thompson for a Valentine’s gift in an Instagram post on Friday

Khloe posted a photo of the red, white and pink balloons, which came in various shapes, including hearts, with a tag to Thompson: ‘@realtristan13.’

She also added the simple one word headline: ‘Friday,’ across the top of the image.

The reality star and entrepreneur, 36, also shared various pictures of a bouquet of roses, giving the impression that Thompson may have also sent the gorgeous stems along with the balloons.

The couple, who got back together last year, share daughter True, who turns three in April. With love seemingly in the air again, Khloe has made it no secret that she’s got her eye on having a second child. 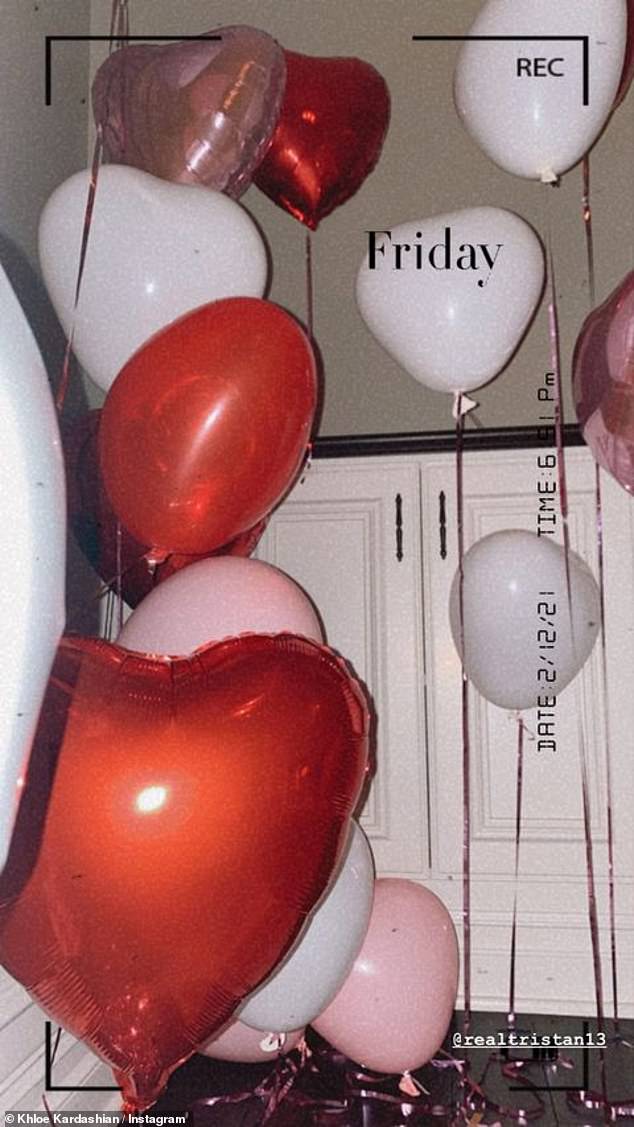 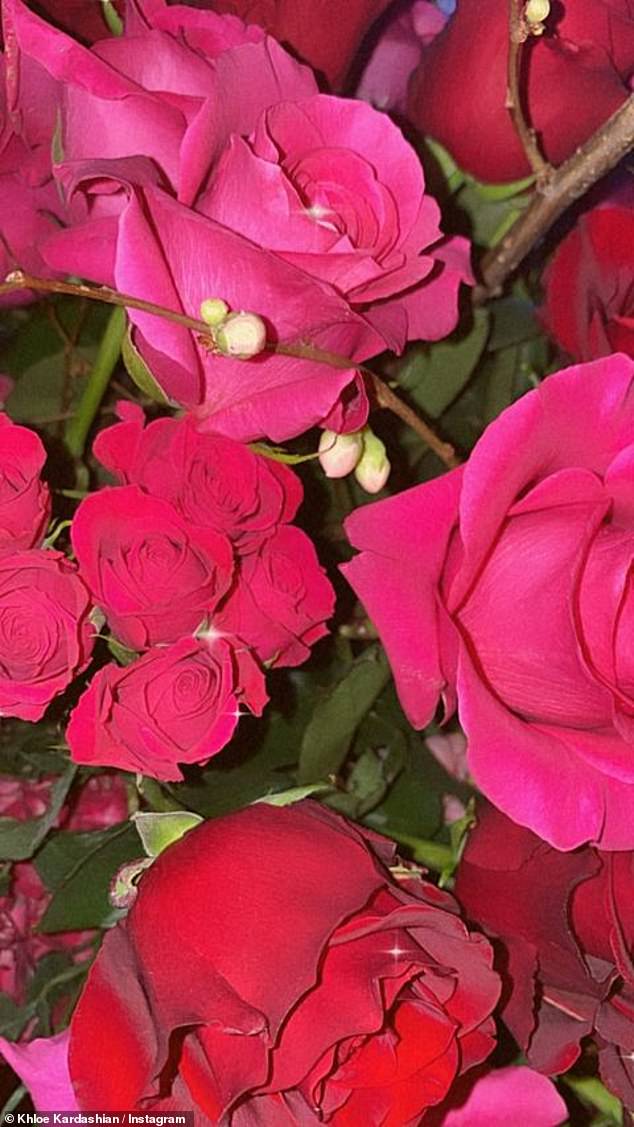 Bed of roses: The reality star also shared various pictures of a bouquet of roses, giving the impression that Thompson may have also sent the gorgeous stems along with the balloons

Around the same time Khloe shared the balloon photo, she also shared a quick video of the clothes she got delivered from Kim.

‘Valentine’s Day is coming early for me,’ she declared in a subdued but excited toned to her voice.

‘Kim [Kardashian] just dropped me off this baby pink collection that her, Kendall and Kylie look amazing in,’ she added. 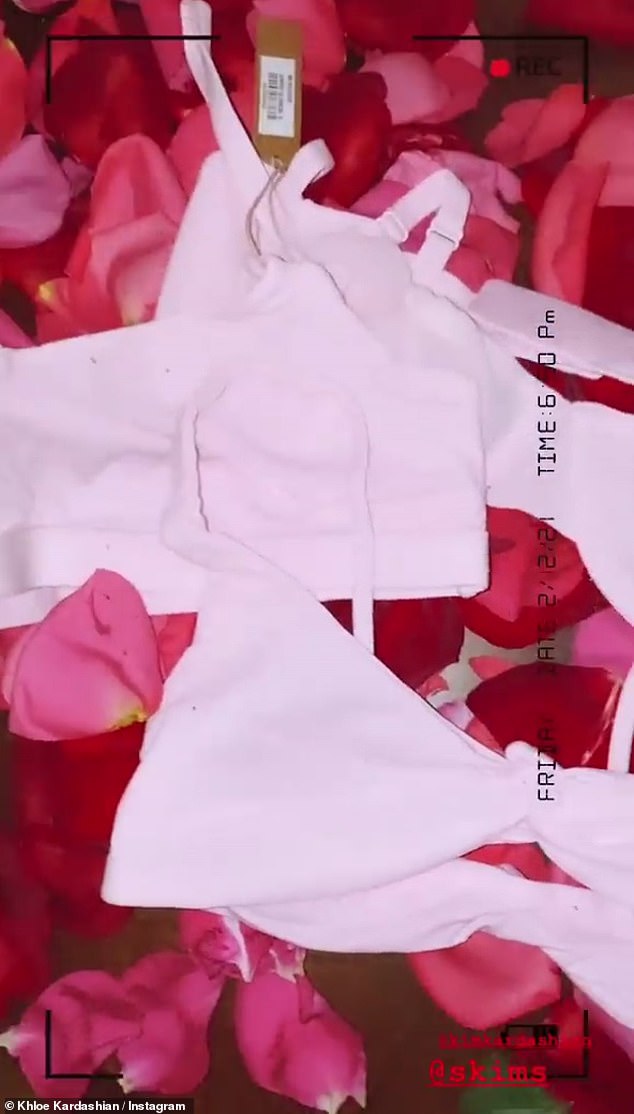 Sisterly love: Around the same time she shared the balloon photo, Khloe also shared a quick video of the cloths she got delivered from Kim for Valentine’s Day 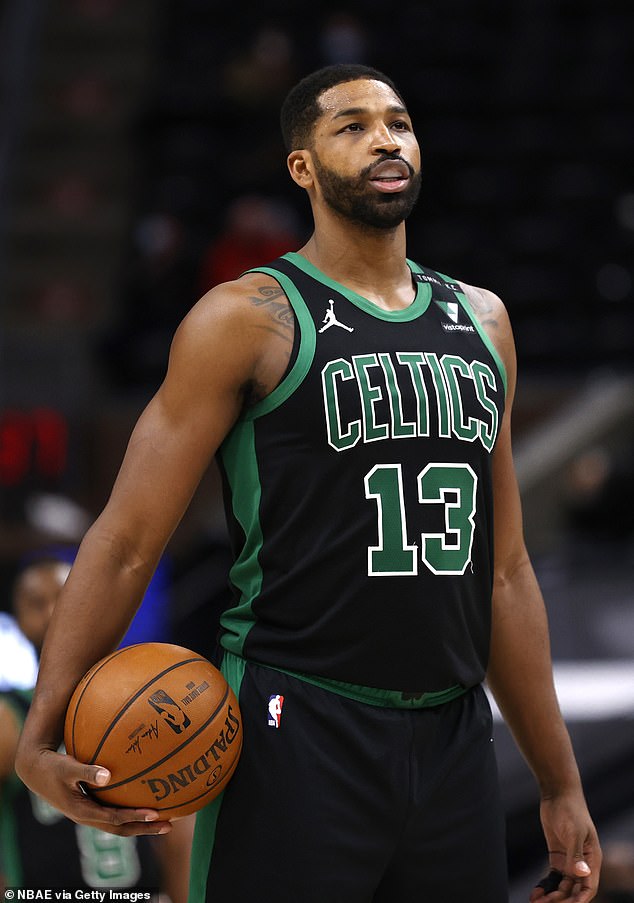 The talk of a second baby for Khloe and Tristan was chronicled on an episode of KUWTK, where she said she was ‘ready to do the whole pregnancy thing again,’ which left Tristan, 29, with a wide smile.

With the NBA player now a member of the Boston Celtics this season, there’s been talk of Khloe splitting her time between Boston, when he’s playing at home, and in Los Angeles, when his team goes on a road trip.

The pair were first linked romantically in the summer of 2016, and then welcomed their daughter to the world in April 2018.

Thompson was found to have cheated on Kardashian during her pregnancy, but still, she stayed loyal and stayed with him. But they would eventually split in February 2019 after he shared a kiss at a party with Jordyn Woods, who was Kylie Jenner’s best friend at the time. 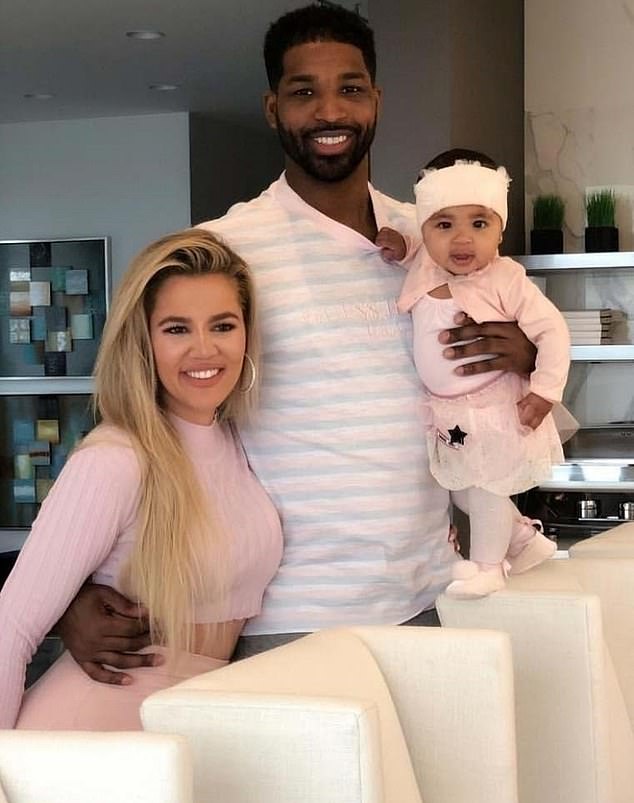 Family matters: The couple, who welcomed their daughter in April 2018, got back together last year after splitting amid cheating accusations against the NBA player