No hangover here! Khloe Kardashian hits the gym after attending a glamorous Oscar party with Kim… but changes her start time from 6 am to 10am

She may have spent the night attending glamorous events such as Jay-Z’s Oscar party on Sunday, but Khloe Kardashian was back to the grind Monday morning, working out in her home gym.

The Good American founder wore bright pink leggings and a matching bra for her morning exercise, although she did allow herself to sleep in after big night out.

The influencer pushed back her usual 6am session to 10am. 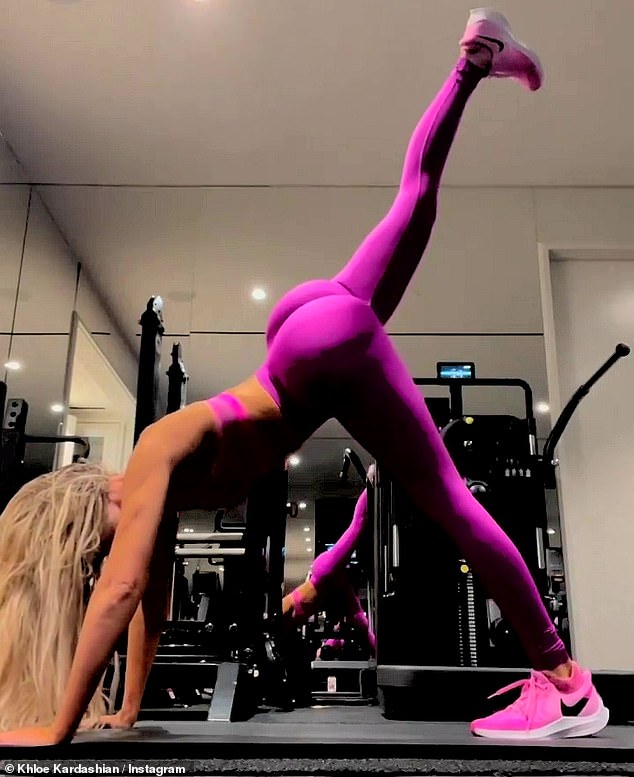 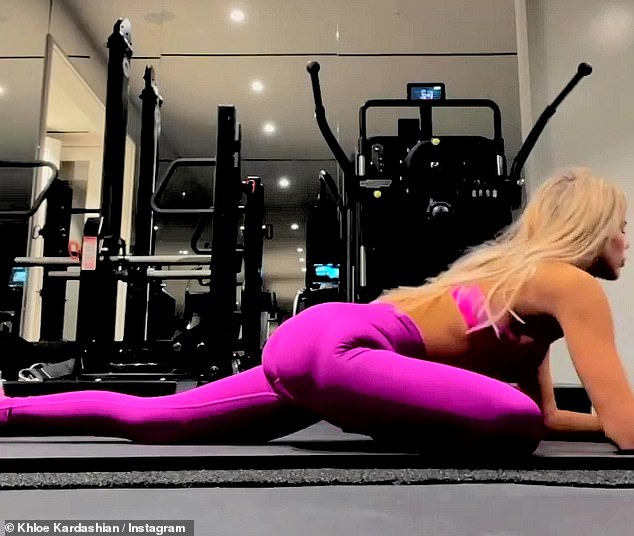 Late start: The model wore bright pink leggings and a matching bra for her morning exercise, although she did allow herself to sleep in after her evening out. The influencer pushed back her usual 6 am session to 10 am

In an Instagram stories video the Keeping Up With The Kardashians star demonstrated a variety of yoga-type poses, including a down dog and pigeon pose.

The reality TV star pumped up her work out with loud music as she stretched her quadriceps and then took to the stair stepper.

The Revenge Body host let her blonde hair hang loose as she worked to tone her legs, abs and derriere. 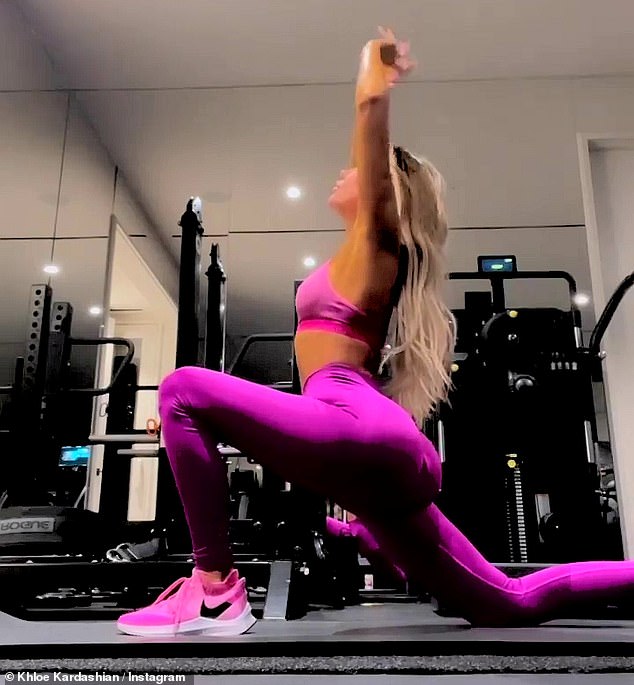 Sharing with the fans: In an Instagram stories video the Keeping Up With The Kardashians star demonstrated a variety of yoga-type poses, including a down dog and pigeon pose 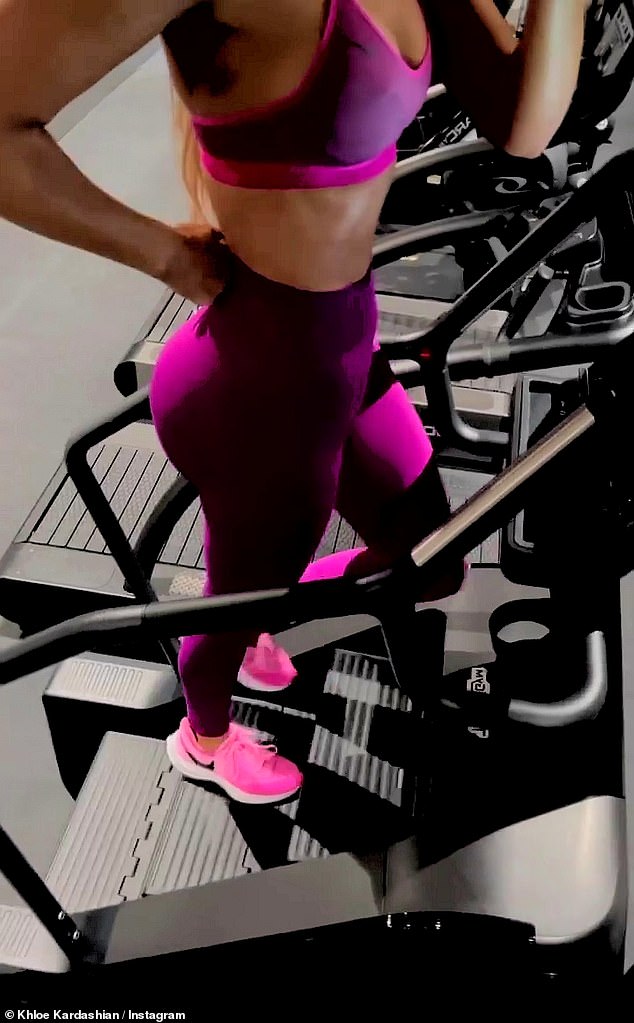 One step at at time:  The reality tv star showed off her toned abs during her early morning routine, which includes a stair stepper 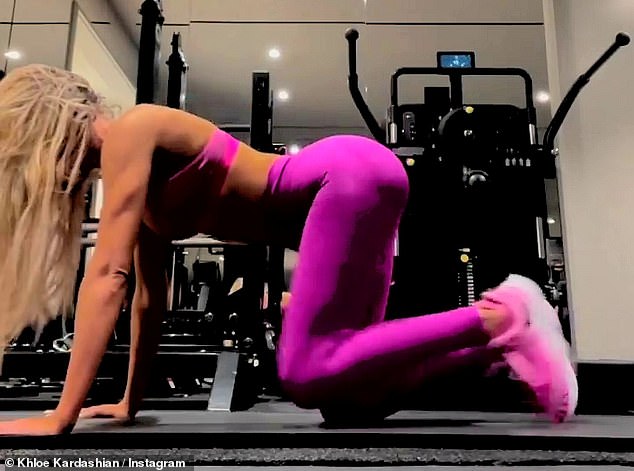 More to show:  Khloe and her family have been busy shooting a new reality show, The Kardashians. The 37-year-old has opened up in the past about how cruel comments from fans who referred to her as ‘ugly’ damaged her confidence.

The relaxed look was an interesting contrast to Sunday, when the social media star covered her platinum locks with a simple, but sexy blonde bob wig.

Khloe has spent a good deal of her time off camera promoting her Good American clothing line.

The brand focuses on body inclusive looks for sizes double zero to 24. 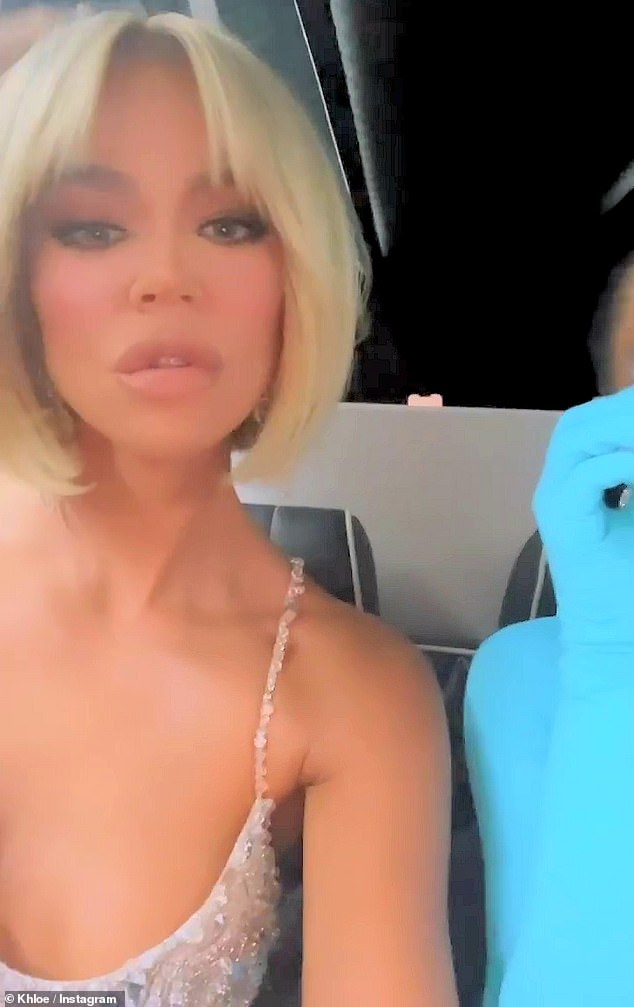 The night before:  The single mom’s morning look was quite a contrast to her glamorous party outfit, in which she wore a white beaded gown and a blonde bob wig 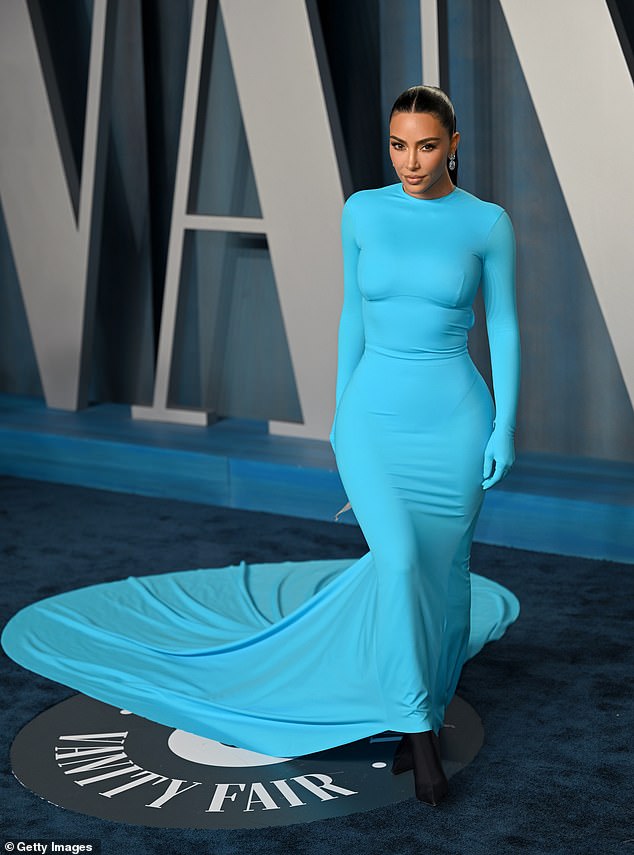 Her sister went to the Vanity Fair Oscar party: Kim wore all blue with black shoes

The single mom has been busy working on her family’s new reality show as well, and has recently opened up about the bullying she received from fans who referred to her at the ‘ugly’ sister.

The 37-year-old has said she had confidence before she and her family became famous, but the cruel comments resulted in her getting plastic surgery and working to makeover her body.

The star may be in for some more comments again after the family’s new show, The Kardashians, begins streaming on Hulu April 14.