Kendall Jenner pined for some travel time in a trio of bikini-clad vacation throwbacks shared to Instagram on Tuesday.

The statuesque supermodel looked carefree as she showed off her fantastic physique while romping around the beaches of the Bahamas in minuscule Sommer Swim suit.

‘I wanna go back so bad,’ the 24-year-old reality persona captioned the shot. 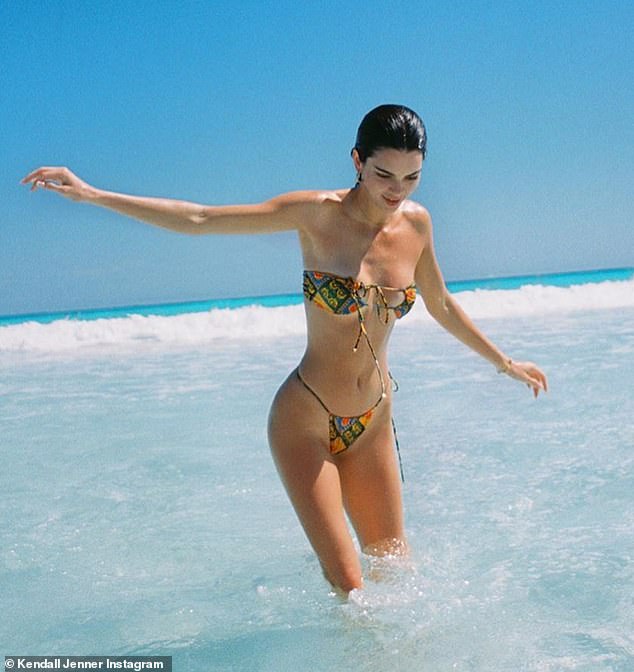 Good memories: Kendall Jenner reminisced about vacationing in the Bahamas while shar,ng a throwback in teeny, weeny bikini on Tuesday

The patterned suit was hiked high on her hips to offer up a look at her nearly endless legs while her top was cinched together to reveal a generous amount of underboob.

Kendall splashed around in the water before heading to tan.

Then she lounged with sister Kylie and her little girl Stormi Webster while donning a new lime green look. 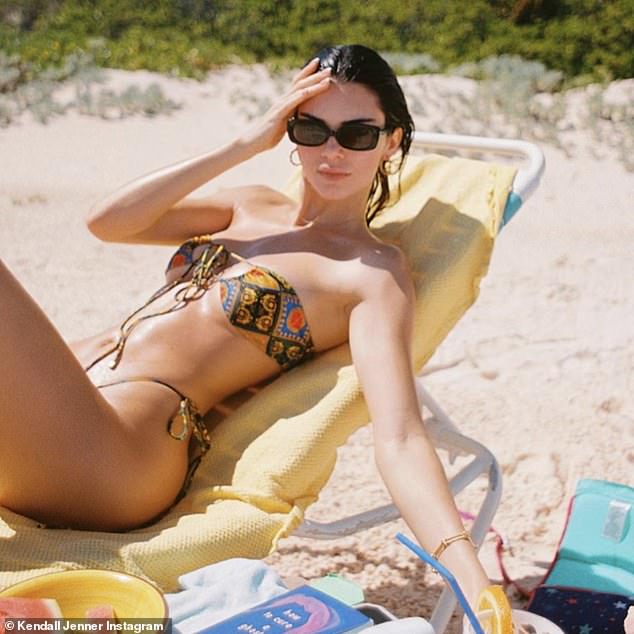 Travel time: ‘I wanna go back so bad,’ the 24-year-old reality persona captioned the shot 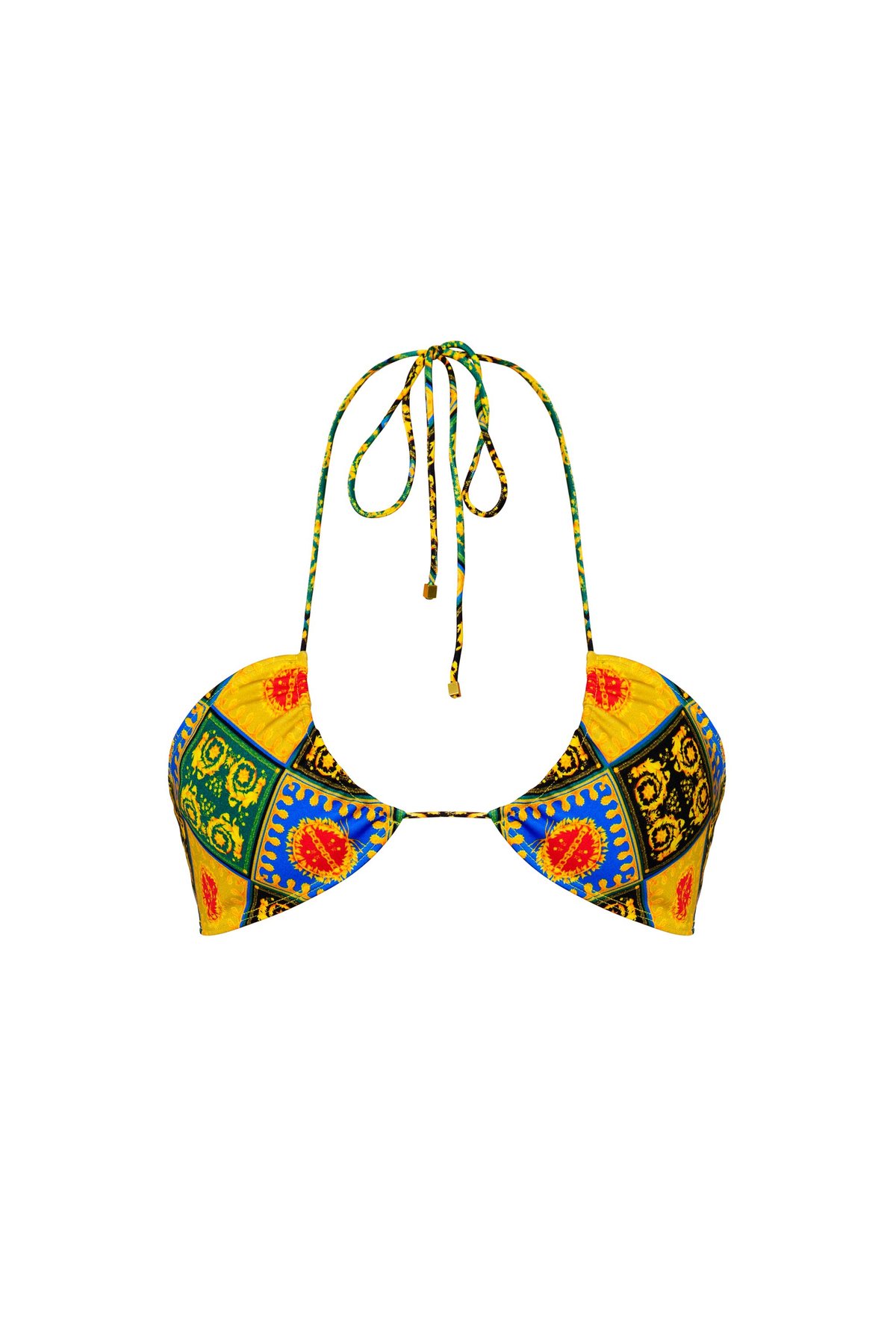 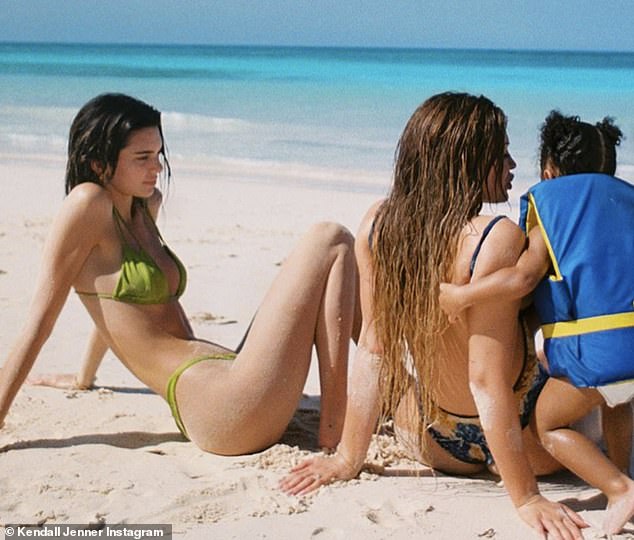 Family time: she appeared to lounge with sister Kylie and her little girl Stormi Webster while donning a new lime green look

While she yearned for some time on the beach, Kendall has been hunkering down at home.

But Jenner accidentally put her foot in her mouth while talking about how blessed she is to be quarantining in a multimillion dollar mansion.

Kendall virtually joined Justin and Hailey Bieber for an Instagram Live session earlier this month in which they celebs reflected on their privilege.

Justin, who has been a star since childhood and was speaking from his sprawling Beverly Hills mansion, mused about ‘how blessed are we to be able to like…a lot of people are obviously in this time have a cr***py situation and they look at us.’ 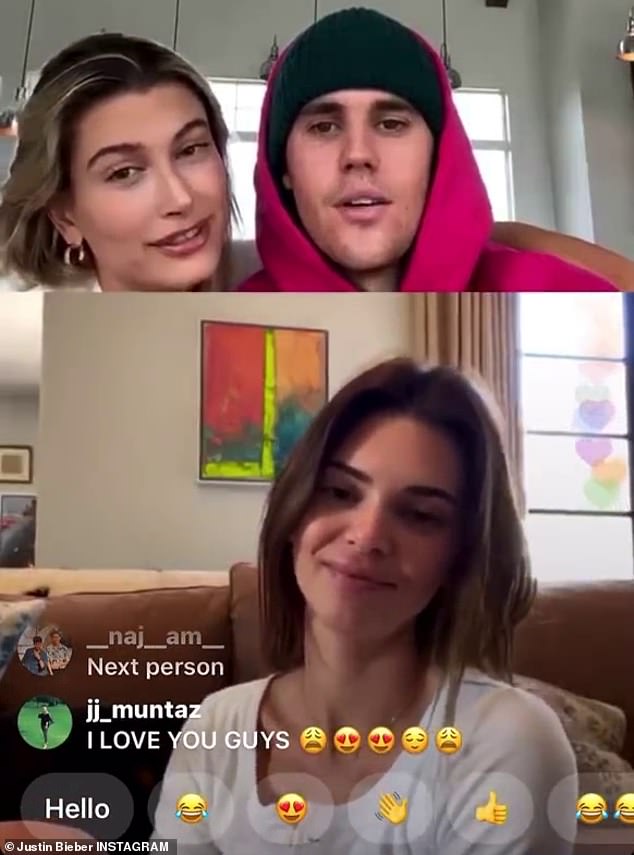 ‘Blessed’: Kendall virtually joined Justin and Hailey for an Instagram Live session earlier this week in which the pop act reflected on their privilege

He continued: ‘Obviously you know we’ve worked hard for where we’re at so it’s like we cant feel bad, you know, the things we have.’

The Baby singer added that ‘just us taking that time to acknowledge that there are people who are really crippling is important.’

‘So blessed,’ said Kendall, the daughter of Kris and Caitlyn Jenner, adding that ‘I think about it all the time.’

The conversation drew backlash on Twitter from those accusing the celebrities of being out of touch, with one saying Justin had ‘worms for brains’ and another writing: ‘Both Hailey and Kendall were born into a mad rich family.’