‘I’ll be 50 in a minute and there might be other things out there for me’: Bodyguard star Keeley Hawes, 46, reveals she is preparing for a life away from acting

She is one of the best-loved faces of British TV drama – but Keeley Hawes has revealed she is preparing for life away from the screen.

‘I don’t want to do it for ever,’ Keeley, 46, star of Bodyguard, Line Of Duty and The Durrells, tells The Mail on Sunday’s You magazine today.

She adds: ‘I love it, I’ve been really lucky but over the past couple of years, like lots of people, you think, “God, life is short and you’re only here once” – if you believe that, which I do – and there might be other avenues to explore.

‘I’ll be 50 in a minute. There might be other things out there for me.’ London-born mother-of-three Keeley, who landed her early roles in her teens, says the industry has now changed for the better for women. ‘I’ve witnessed and called out racism, misogyny, sexism, harassment and bullying,’ she says.

‘No one would have been able to do that 20 years ago for fear of losing their job, or being seen as difficult.’

Despite that, she says more needs to be done to represent older women properly on screen.

Along with Lesley Manville, Richard E. Grant and David Tennant, Keeley has co-signed an open letter from the Acting Your Age campaign calling for parity between the sexes. 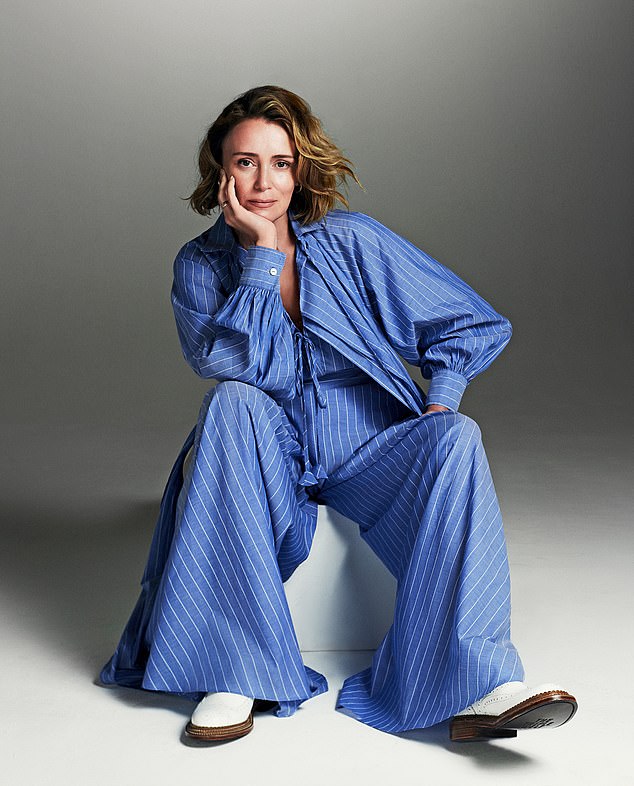 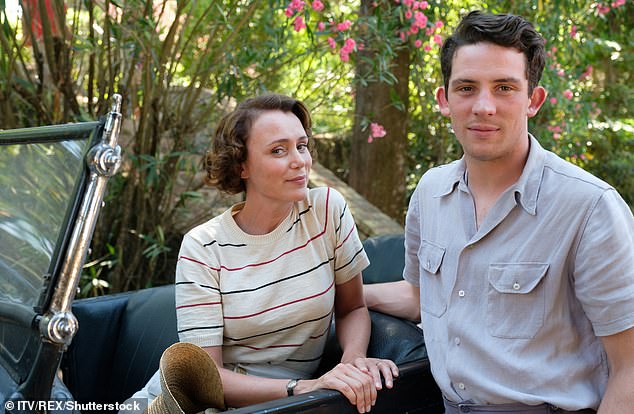 The London-born mother-of-three Keeley, who landed her early roles in her teens, says the industry has now changed for the better for women. Pictured: Keeley co-starring with Josh O’Connor as Louisa and Larry Durrell in The Durrels

‘We have to make the odds better for women,’ she tells You.

‘There is still glaring inequality on our screens. Women’s stories don’t stop after 45. Their lives don’t become less interesting, but the demand for older actresses and presenters drops off statistically. That’s an injustice to those performers and the audience who should be represented.’

Keeley, star and executive producer of the BBC thriller Crossfire, being screened this autumn, admits that acting lets her live vicariously through her characters. 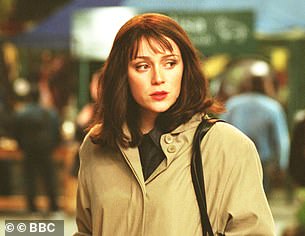 Keeley, pictured here in series 1 of Spooks, says she prefers going to bed than going out

Far more mundane, she says, is her home life with her children and second husband Matthew Macfadyen, 47, star of drama series Succession . ‘We’re not particularly social,’ she says. ‘I prefer going to bed than going out. I wake up in the morning, look at my bed and think, “I won’t be long, my friend.” ’

Keeley says she is looking forward to ageing, adding: ‘I’m excited about it. It feels different these days. Menopause was a shadowy sort of thing that no one talked about and now it’s a different world. Women used to have a horrible time. Now it’s a conversation. Really, it’s an honour to be getting older, isn’t it?’

But one aspect of growing older that produces mixed feelings is the thought of her children leaving home.

‘It’s sad but it’s also exciting because they’re becoming fully formed human beings,’ she says. ‘We’ve just been through this awful period of them sitting in the house with their parents for years and they’re able to go off.’