Judy Garland is one of many iconic actors from a bygone era of Hollywood. She was only a teenager when she landed the painful lead role in The Wizard of Oz. Around the time of the film’s production, she and her mother moved into a newly-made Bel-Air home. 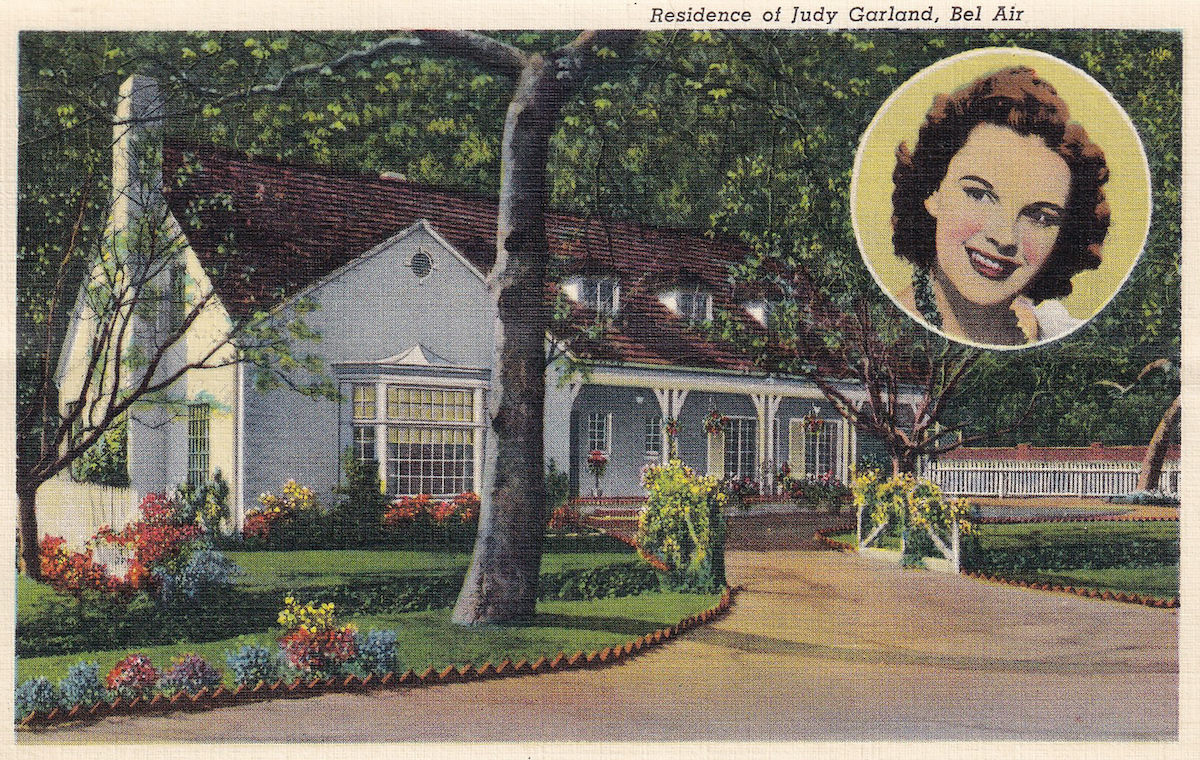 Garland’s old residence is still around today, and ownership has changed hands multiple times. Over a decade ago, someone bought the property. Once they flipped the house, they put it on back the market at a higher value.

Garland’s fame skyrocketed in the late 1930s, and she had plenty of money to go along with it. Despite her struggles with debt, the iconic actor had a net worth of $20 million when she died. She had bought multiple properties during her life with the wealth she obtained.

According to Mansion Global, one of the homes Garland bought was the Dakota building. The property is in the Upper West Side of Manhattan, and it is a three-bedroom apartment. It is unknown when Garland owned the home, but the value is over $10 million.

The next house on the list is a piece of Hollywood Hills property. According to Architectural Digest, Garland lived there with her second husband from 1944 to 1948. One of the features is a hidden bedroom that people can find behind the bookcase. The listing for the property is over $6 million.

Another home that Garland once bought was a beachfront property in Malibu. The price at the time of purchase is unknown, but the actor lived there between the late 1940s and 1950s. The features in the home include marble countertops and a sundeck, and the value is almost $4 million.

Bel Air is an exclusive, upscale neighborhood in Los Angeles that has hills as part of the landscape. The land contains many extravagant mansions, and several celebrities live or have lived there. One star who was a former resident for nearly a decade was none other than Garland.

Garland’s Bel Air home finished its construction in 1938, and she was around 17 when she moved in. While a crew built the property, she and her mother had a hand in its design. Country Living reports that the warm brick exterior and wide porch were Garland’s ideas. However, her mom decided to add yellow umbrellas to the backyard.

In 2011, the Bel Air house became available on the market. According to The Hollywood Reporter, Stephanie Booth Murray was the one to purchase the five-bedroom building. She bought it because her other place was undergoing renovations.

After her acquisition, Murray went to work on flipping the home. In 2012, she re-listed the residence at $7.1 million but sold it to an unknown buyer for about $6.7 million. Due to such a long history, the house likely would be worth more today.

What changes did the former homeowner make to the house?

The original listing of Garland’s former residence was roughly $5.2 million. Murray was able to sell it for more money due to the renovations she made to the place. For example, she transformed the red brick exterior into white walls. Other thorough upgrades included some landscaping.

The added features of the backyard are a swimming pool and cabanas. Murray also installed a writer’s cabin that gives a person some solitude. The backyard likely looks a lot different than when Garland lived there.

Upgrades that occurred during the flipping process went toward the building’s mechanical systems. Mechanical systems include plumbing, electricity, heating, and cooling. Since the house is decades old, improvements likely were necessary.