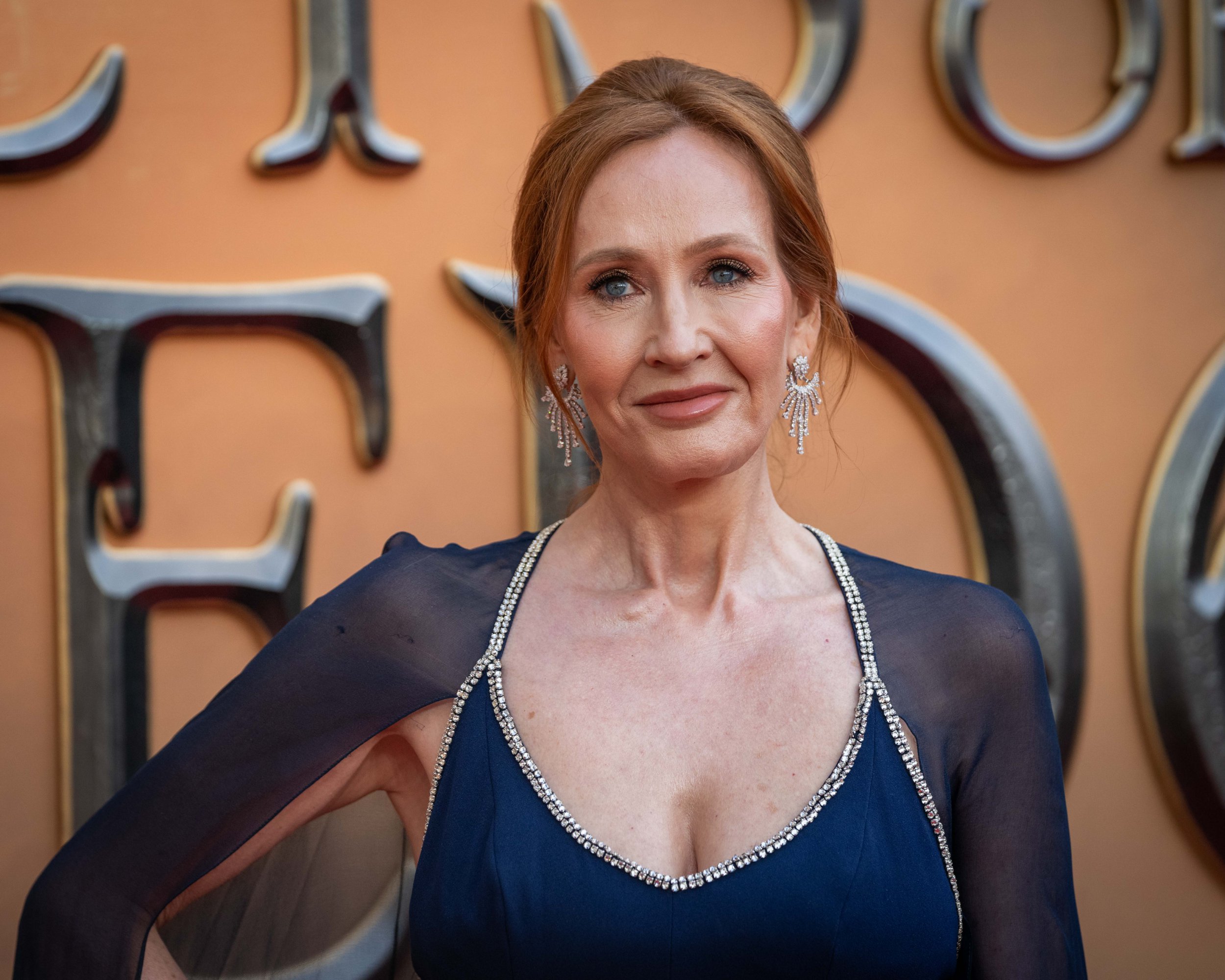 JK Rowling has made a bold statement slamming First Minister Nicola Sturgeon after a gender recognition legislation was passed by the Scottish Government.

The Harry Potter author, who has been outspoken about the trans community in recent years, reacted to the news that the majority of MSPs on the Equalities, Human Rights and Civil Justice Committee recommended the general principles of the Gender Recognition Reform (Scotland) Bill should be approved.

The legislation has proved to be controversial as it allows an easier process for transgender people to be legally recognised as their preferred gender.

On Thursday, Rowling shared a photo of herself wearing a black T-shirt with the words ‘Nicola Sturgeon destroyer of women’s rights’ on the front.

In the Twitter caption, the writer said: ‘I stand in solidarity with @forwomenscot and all women protesting and speaking outside the Scottish Parliament. #NoToSelfID.’

Journalists are said to have approached a Scottish Government spokesperson for comment about the T-shirt, but they said they hadn’t seen it.

Rowling, 57, has been at the centre of controversies recently after angering many people in the LGBTQ+ community specifically.

In 2020, the author was accused of being ‘anti-trans’ when she tweeted: ‘“People who menstruate”. I’m sure there used to be a word for those people. Someone help me out. Wumben? Wimpund? Woomud?’

Rowling later denied she was transphobic and explained: ‘I know and love trans people, but erasing the concept of sex removes the ability of many to meaningfully discuss their lives. It isn’t hate to speak the truth.

‘The idea that women like me, who’ve been empathetic to trans people for decades, feeling kinship because they’re vulnerable in the same way as women – ie, to male violence – “hate” trans people because they think sex is real and has lived consequences – is a nonsense.

‘I respect every trans person’s right to live any way that feels authentic and comfortable to them. I’d march with you if you were discriminated against on the basis of being trans.

‘At the same time, my life has been shaped by being female. I do not believe it’s hateful to say so.’

Most recently, Rowling blasted celebrities for backing Mermaids – a charity that supports transgender young people and their families – after it became public knowledge that a trustee from the foundation quit their role over revelations he spoke at an ‘academic’ conference hosted by B4U-ACT, an organisation that promotes support for paedophiles.

Speaking at the rally, former Scottish Labour leader Johann Lamont said that the Scottish Parliament ‘was a Parliament where policy, where action, where law was shaped by an understanding of what created division and inequality’.

Lamont continued: ‘The particular role was for the committees, which would breach the wall of the Parliament and allow the people of Scotland to participate in what the world could be.

‘That has not happened.

‘It is not their job to decide before the committee meets who they will listen to, who they will speak to, and only listen to those who already agree with them.

‘They should not dismiss, because in that world of dismissal, you shoot the messenger. You ignore the message, you make bad law and other people live with the consequences.

‘So my challenge is to my friends and all of the people in there who have the honour of being elected members. Your job as lawmakers is not just to put into law what you think is right, but understand the laws of unintended consequences.’

Metro.co.uk has attempted to reach a representative for First Minister Nicola Sturgeon for comment.