Don’t tell Ripley! Jennifer Lawrence makes bizarre claim ‘nobody had ever put a woman in the lead of an action movie’ before she starred in The Hunger Games in 2012

Jennifer Lawrence has bizarrely claimed she was the first woman ever cast in the lead of an action movie when she starred as Katniss Everdeen in the first Hunger Games film in 2012.

The actress, 32, who played the rebel protagonist in four films, told Variety’s Actors on Actors issue that executives were concerned that boys ‘wouldn’t be able to identify’ with a female lead.

Jennifer’s casting in the film follows a succession of iconic female action heroes who have starred in hugely successful films pre-2012 – notably Sigourney Weaver who played Ellen Ripley in the Alien franchise, Milla Jovovich as Alice in the Resident Evil films, and Angelina Jolie who portrayed Lara Croft in two Tomb Raider movies.

Discussing the early days of The Hunger Games, Jennifer said: ‘I remember when I was doing Hunger Games, nobody had ever put a woman in the lead of an action movie because it wouldn’t work — because we were told girls and boys can both identify with a male lead, but boys cannot identify with a female lead. 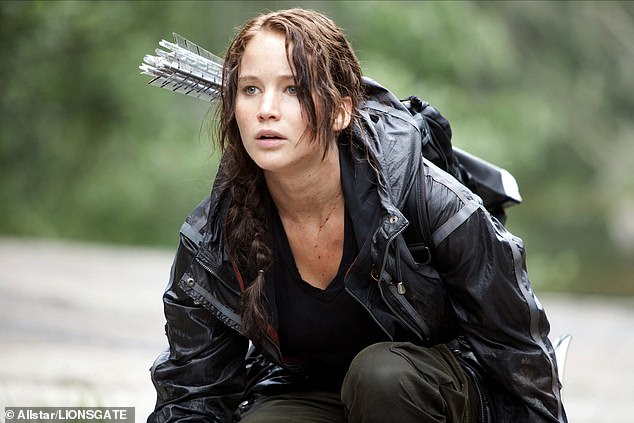 Really? Jennifer Lawrence has bizarrely claimed she was the first woman ever cast in the lead of an action movie when she starred as Katniss Everdeen in the first Hunger Games film in 2012 (pictured)

‘And it just makes me so happy every single time I see a movie come out that just blows through every one of those beliefs, and proves that it is just a lie to keep certain people out of the movies.

‘To keep certain people in the same positions that they’ve always been in.’

Elsewhere in the interview, Oscar-winner Jennifer spoke about the pressure put on her when she was younger to fit a certain body image. 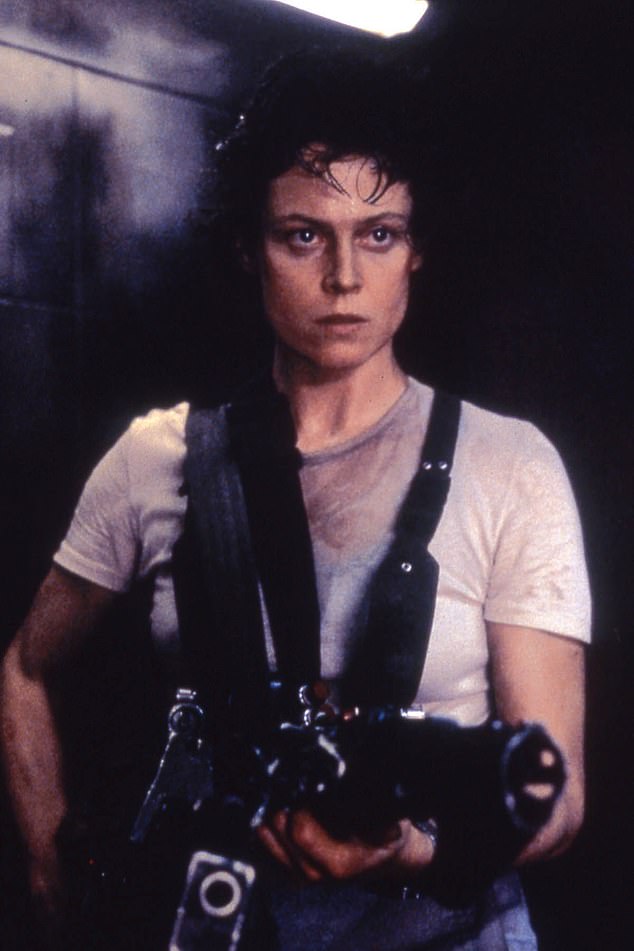 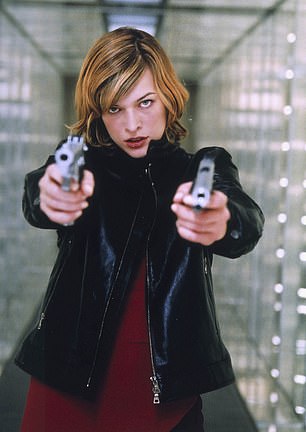 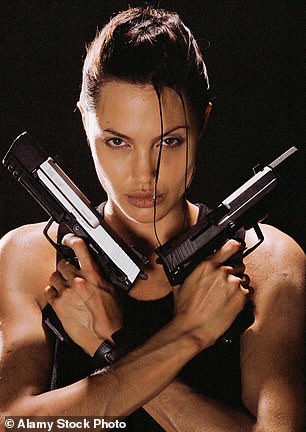 Say what? Milla Jovovich starred as Alice in the Resident Evil films, starting in 2002 (L) while Angelina Jolie (R) played Lara Craft in the Tomb Raider films, first released in 2001 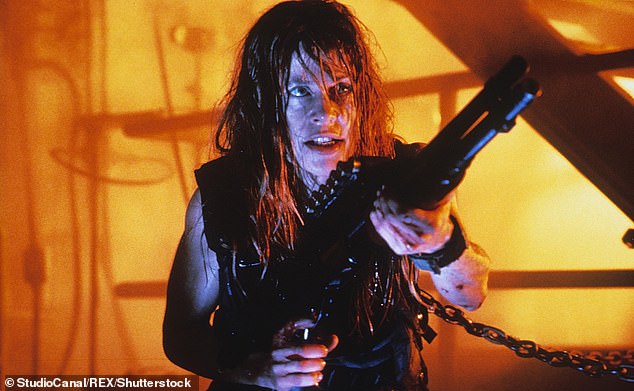 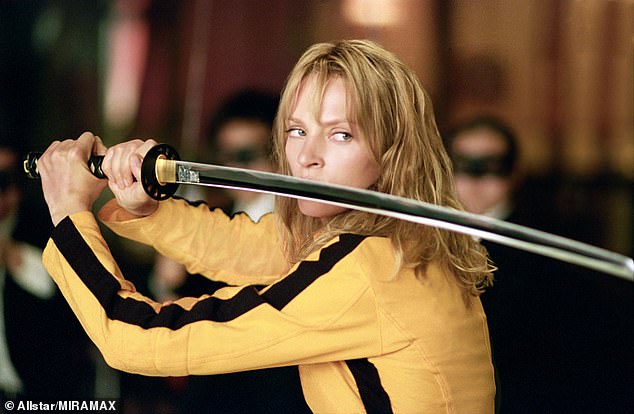 Another one: Uma Thurman was the female action star when she played The Bride in the Kill Bill films – the first chapter of which was released in 2003

She said: ‘When I was doing X-Men, it’s hard to not have that perception of the movie that’s like, ‘Oh, well, it’s just one of those.’

‘Especially when you’re painted blue with scales on your face. If you start thinking, ‘I look ridiculous, I feel ridiculous,’ there’s nowhere to go.

“In Hunger Games, it was an awesome responsibility. Those books were huge, and I knew that the audience was children. I remember the biggest conversation was ‘How much weight are you going to lose?’

‘Along with me being young and growing and not able to be on a diet, I don’t know if I want all of the girls who are going to dress up as Katniss to feel like they can’t because they’re not a certain weight. And I can’t let that seep into my brain either.’

The star also opened up about motherhood to baby son Cy, who was born in February, recounting an incident when she forgot to buckle him into his car seat.

She said: ‘I drove around with mine, didn’t realize he wasn’t buckled into the car seat. He was just teetering around, just flying. OK, great! Good to know that we all almost killed our kids.’

She added: ‘I made [‘Causeway’] right before I got married. And then we had the pandemic. Two years later, I’m pregnant, we go back, and we make the rest of it. It was the scariest thing in the entire world to think about making a family.

‘What if I f*** up? What if I can’t do it? And I was so scared that I would f*** it up. And it was so interesting to make a movie where I’m feeling so scared and feeling this mirrored in Lynsey.

‘Every day of being a mom, I feel awful. I feel guilty. I’m playing with him and I’m like, ‘Is this what he wants to be doing? Should we be outside? We’re outside. What if he’s cold? What if he’s going to get sick? Should we be inside? Is this enough? Is this developing your brain enough?’” 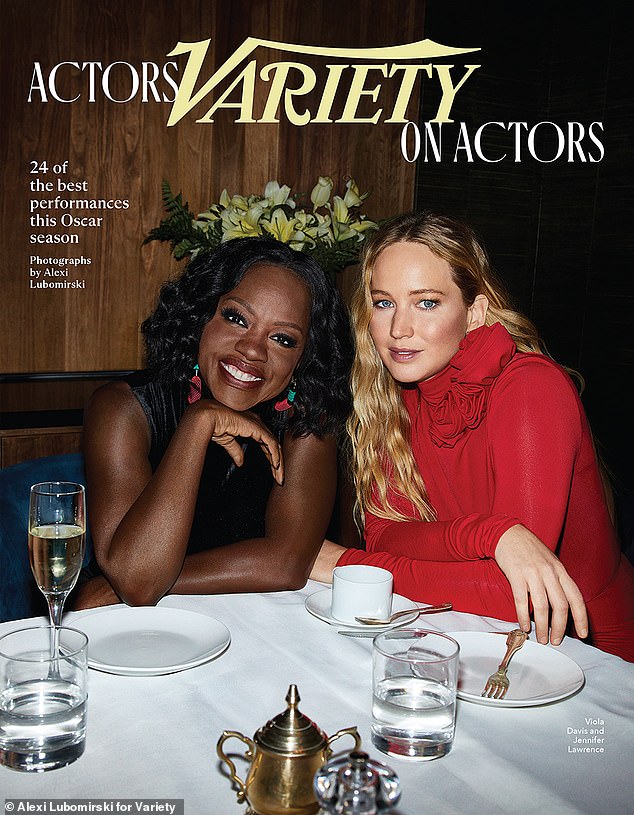