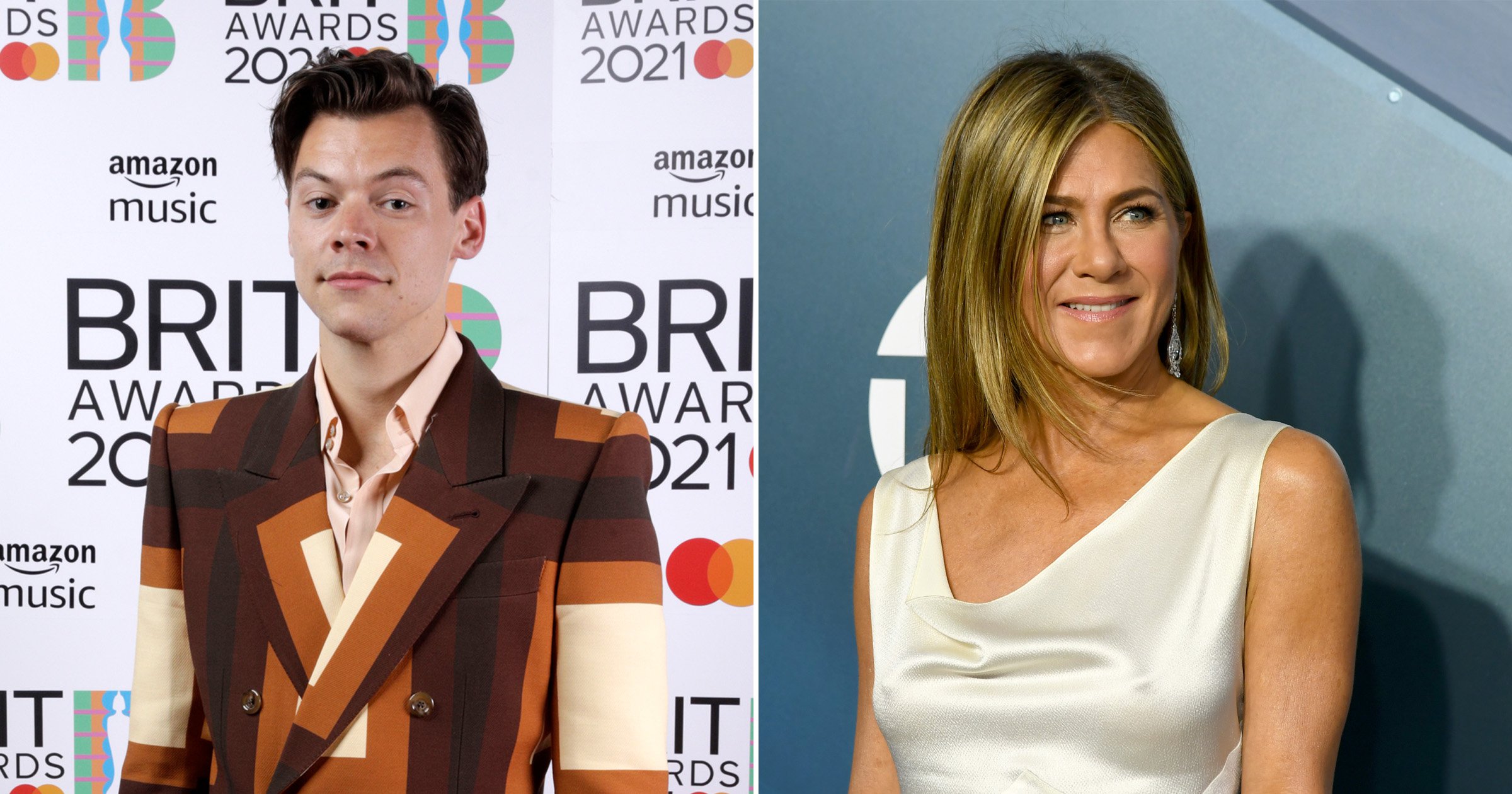 Eagle-eyed fans have spotted that Jennifer Aniston and Harry Styles have both rocked the same Gucci suit – and it’s not the first time the pair have worn identical outfits.

Jennifer, 52, wore a bold brown and orange square patterned Gucci suit during her new shoot for InStyle magazine’s September issue, reclining in a chair for the stunning shot.

Fans soon spotted that the striking outfit was identical to the red carpet look worn by Harry, 27, at the Brit Awards earlier in the year.

Both Jen and Harry pulled off the look to perfection, and Jennifer had the most perfect response to fans pointing out she had stolen Harry’s style.

She took to her Instagram story to share a side-by-side image of them both in the suit, joking: ‘Just call me Harriet Styles’.

Jen also shared another image of her and Harry wearing matching T-shirts, after he had one specially made to match a top she had worn on Friends, along with eye emojis.

ITâS JENNIFER ANISTON AND HARRY STYLES WEARING THE SAME SUIT FOR ME pic.twitter.com/Q9BY1CbIcp

The Watermelon Sugar singer was spotted in October last year wearing a white top with a red lip-shaped motif reading ‘Save the drama for your mama’, identical to one worn by Rachel Green in Friends.

Friends’ costume designer Debra McGuire famously sourced a lot of the cast’s outfits from vintage stores or small boutiques, and many of their iconic looks have spawned dupes available online.

However, Harry didn’t buy his version off the rack – his sister Gemma Styles revealed in a comment that she later deleted that she had embroidered the one he wore herself.

Harry is known to be a huge fan of Friends, often having quoted iconic lines from the show, and it appears the feeling is mutual from Jennifer too.