Camila Cabello spent some time paddle boarding and soaking up the sun in a skimpy bikini.

The singer-songwriter, 24, posted pictures on Instagram of herself splashing around in the water. She wore a small black bikini and held a teal oar.

She captioned the photo, ‘nothin to do nowhere to be’ though that might be more feeling than fact. 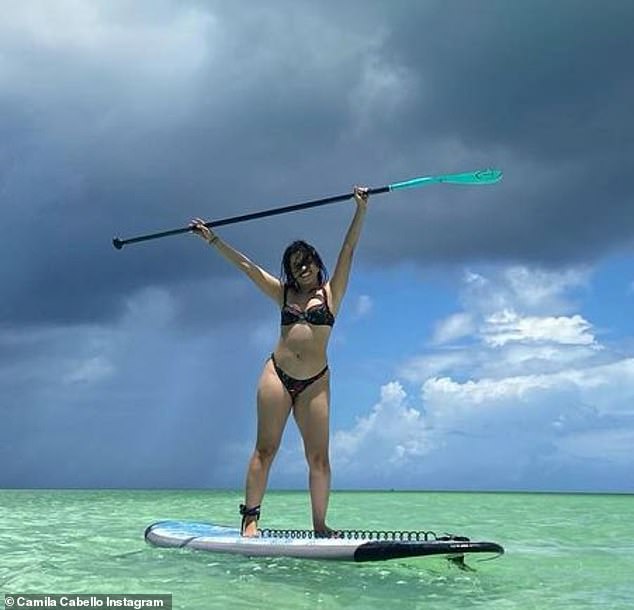 Beach day! Camila Cabello posted a set of photos out on the water Wednesday where she went paddle boarding and soaked up the sun

This comes after Cabello has taken up the social crusade against body shaming.

In the viral TikTok, Cabello said she didn’t tuck in her midriff to her pants when running and that it is exhausting to always think about appearance.

‘I reminded myself that being at war with your body is so last season,’ the singer added.

She also discussed the TikTok on the The Kyle and Jackie O Show and said, ‘It made me feel liberated to be myself.’ 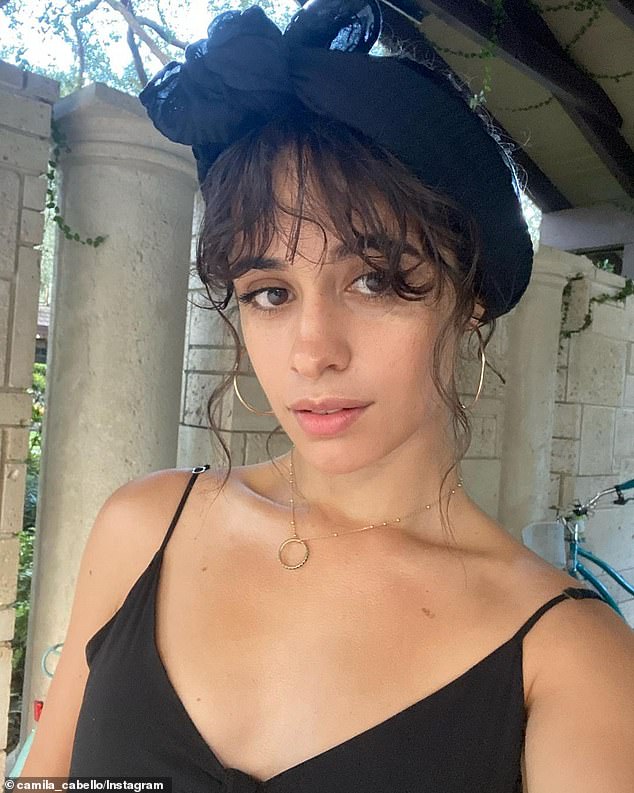 More of a feeling than a fact: Despite her caption ‘nothing to do nowhere to be’, the international superstar has been very busy working album lately

The Havana singer is working on a new album titled Familia. The lead single from the album, Don’t Go Yet, came out on July 23.

When discussing the album with Zane Lowe on the Apple Music 1 show, the singer said she was inspired to create the LP because of the amount of time she’d been spending with her family during the pandemic.

‘I want it to be that kind of family affair selfishly, because it would make me happy.

‘It would make my life better and that’s what I want, so that’s really what I was trying to manifest with this whole album.’ 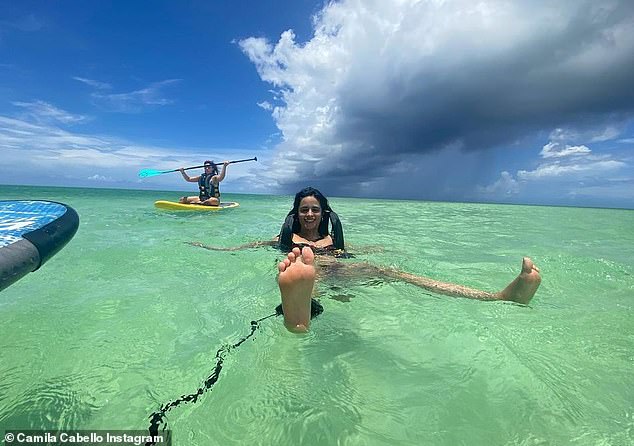 A family affair: Cabello said her next album, Familia, will be inspired by her family and the time she has spent with them during quarantine 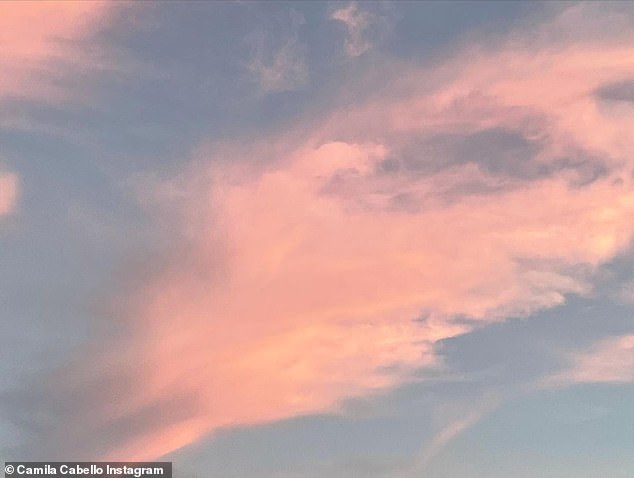 Her head’s in the clouds: Cabello took this photo of the cloud’s at the beach, and her recent successes have her flying about as high as though pink-tinted beauties

When it comes to the new single, Camila felt like she’d reconnected with her roots and benefited from a newfound sense of freedom.

She added: ‘I think ‘Don’t Go Yet’ is just I think sonically and melodically, just me being free.

‘I think being in Miami for so long and having more family around me and speaking Spanish more made me feel, I don’t know, just kind of brought me back. 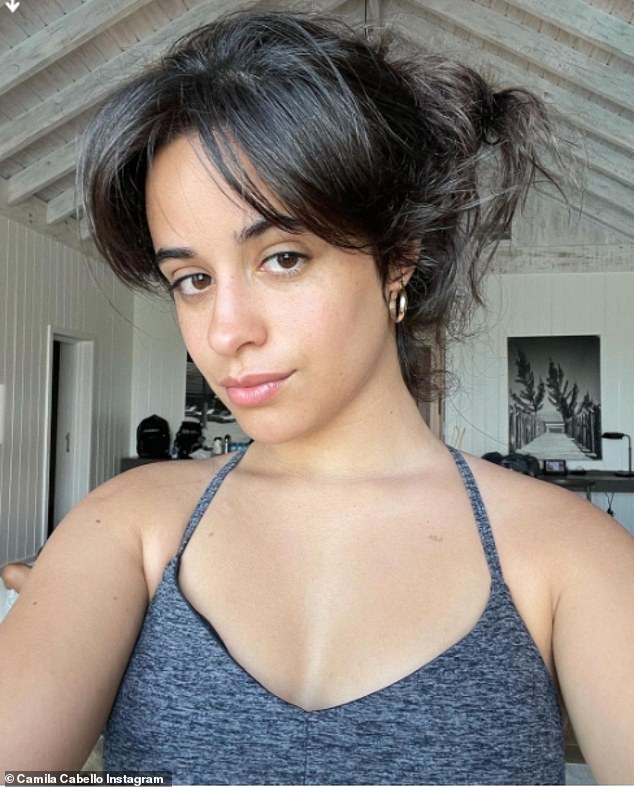 ‘Brought me back’: Cabello credits spending so much time around her roots helped her reconnect with her past which influenced the new album

‘I think my roots went deeper in a way that I really needed. And I think this album for me was a manifestation. The name of my album is Familia.’

Meanwhile, the Havana hitmaker noted that the pandemic gave her an opportunity to slow down and figure out her life away from the spotlight.

She explained: ‘Obviously [COVID] was a terrible thing, but I think for my personal life and my brain, it was really good to slow down. 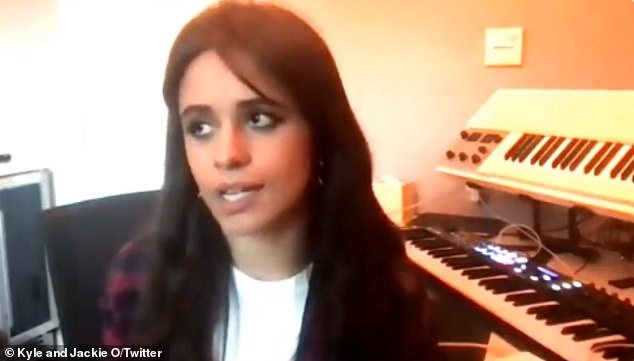 Untuck that tummy: Cabello recently did an interview on The Kyle and Jackie O Show, and the singer turned actress said ‘It made me feel liberated to be myself.’