‘He made mistakes, he nearly fell over in the end’: Ex Strictly professional James Jordan insists Kelvin Fletcher didn’t deserve a 10 for semi final Paso Doble

Ex Strictly pro dancer James Jordan has blasted Kelvin Fletcher saying he made too many mistakes in his Paso Doble on Saturday night and did not deserve a 10 from judge Motsi Mabuse.

Speaking to Hello! magazine James insisted: ‘In my opinion, when Motsi gave Kelvin and Oti a ten for their Paso Doble, there was no way on this world it was a ten.

‘Kelvin made mistakes, he nearly fell over in the end!’ He continued: ‘I love Kelvin and I want him to win but you have to be realistic and honest and his Paso Doble wasn’t great’. 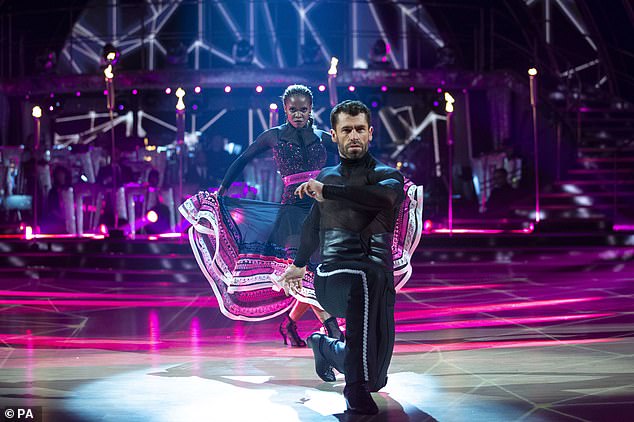 Harsh words: Ex Strictly pro dancer James Jordan has blasted Kelvin Fletcher saying he made too many mistakes in his Paso Doble on Saturday night and did not deserve a 10 from Motsi

The sassy star said he ‘expected it to be better’ and also commented: ‘Because it’s a dance of power and strength and I thought, It’s probably going to be one of his best dances, but the choreography wasn’t great and it wasn’t one of his best performances.

‘So it was a bit disappointing. That being said, he was the strongest of the week, but I thought the performances were better the week before.’

Despite his few errors in the Paso Doble, the first routine performed by Kelvin and Oti, 29, on Saturday night went down an absolute storm with the panel, with Craig Revel-Horwood reluctantly admitted he couldn’t find anything wrong with the dance. 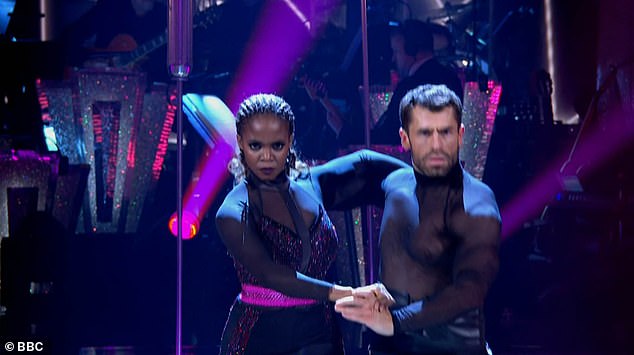 In it to win it: James said he ‘expected it to be better’ however he added: ‘That being said, he was the strongest of the week’ and Kelvin is still a favourite to win

Bruno added: ‘That was truly a sparkling delight, we see a lot of quicksteps you have the lightness of the footwork but what you did was extraordinary you hit the music accent with such a musicality, and such perfection I had goosebumps your were a soprano at her best.’

Motsi awarded the dance a 10, while the remaining three judges gave Kelvin and Oti 9s. Earlier in the evening the pair received a perfect 40 for their Quickstep.

Despite his heavy criticism, James did admit Kelvin is his favourite to win. Despite wanting to see Anton go all the way. He spoke about his conflicting favourites saying:

‘You know what, Anton has been on the show since day one. He’s helped make the show what it is today, I believe he should be given a stronger role in the show because people love him so much,

‘Whether that means presenting or judging, he needs to be promoted from a dancer to something else.

‘If he won I think it would be brilliant, I think he deserves it because he’s given his whole life to making Strictly what it is.

‘But I’d feel a bit sorry for Kelvin because he deserves to win on dancing ability. My heart says I want Anton to win but my brain and dance mind says I want Kelvin to win’.

Strictly Come Dancing: The Final airs on BBC One on Saturday. 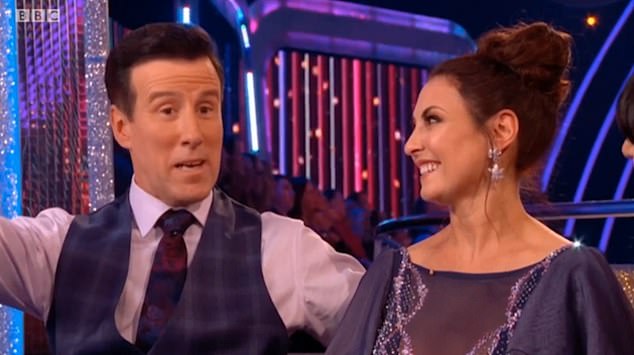 Could he do it: He also spoke of Anton as a deserving contender to win saying: ‘He’s helped make the show what it is today, I believe he should be given a stronger role’