TMZ Opens a New Window. reported on Friday, March 29, that the actress, 47, unfollowed the three members of the Kardashian-Jenner brood on Instagram. The move reportedly stemmed from Smith’s “severely fractured” relationship with her longtime friends amid their handling of Woods’ February cheating scandal with Khloé’s ex-boyfriend Tristan Thompson.

Smith — along with her husband, Will Smith — showed her support for Woods by allowing her to tell her side of the story on a March episode of her Facebook Watch series. “[There was] no passion, no nothing,” she told the Gotham alum. “He just kissed me. … It was a kiss on the lips. No tongue … no making out.” 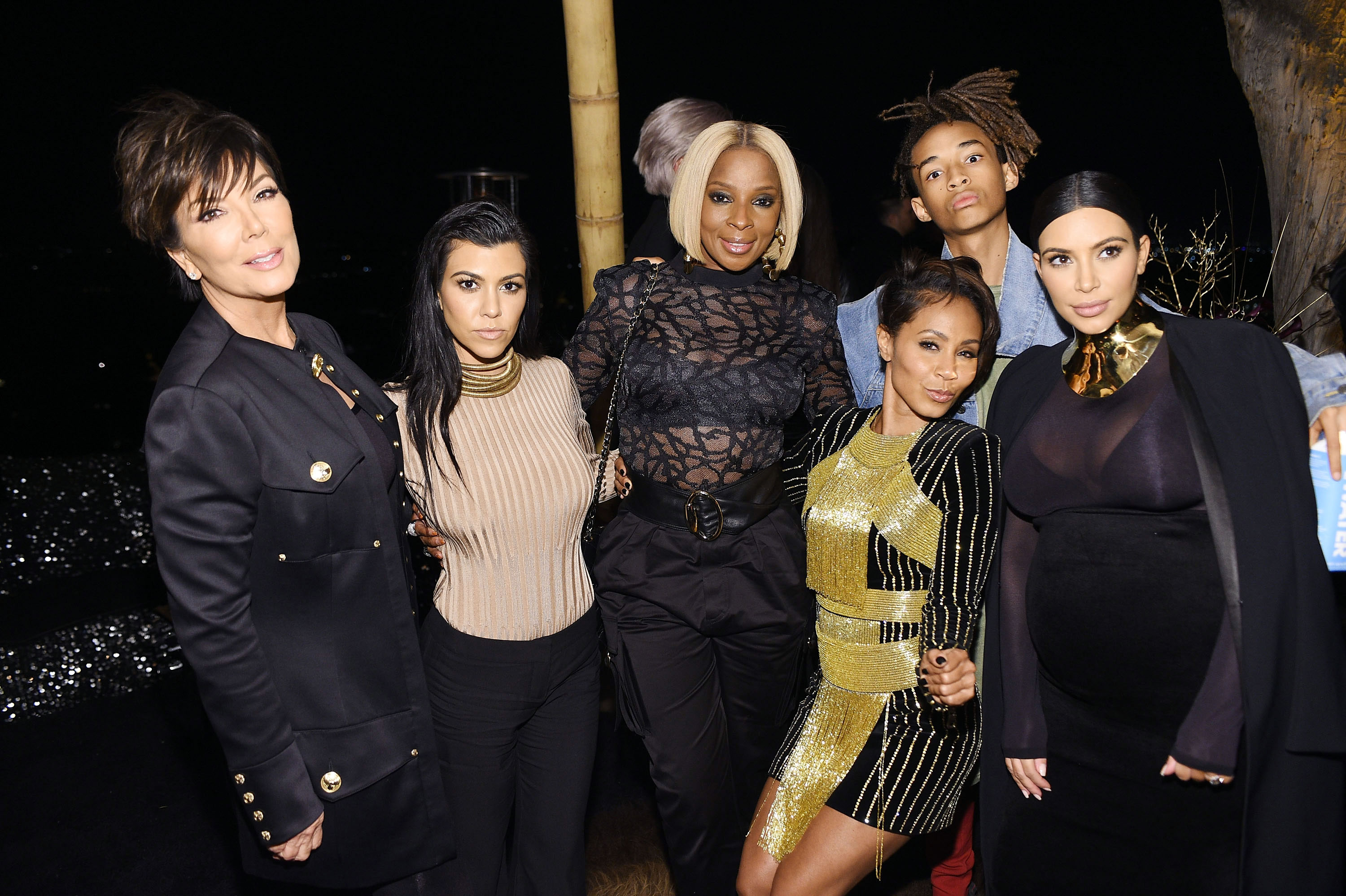 The designer also denied sleeping with Thompson, 28. “Never a thought, never a consideration, never happened, and never will I,” she claimed. “And that’s why I’m willing to be put up to the test. Attach me to a lie detector, whatever it is. I need people to know the truth, and more importantly, I need the people involved to know the truth.”

Her so-called “uncle” Will, 50, stood up for her in the episode. “This world is not going to break you,” the actor, who worked with the Life of Kylie alum’s late father on The Fresh Prince of Bel-Air, said. “We won’t allow it.”

Woods is in the process of moving on from the scandal, though she struggles with the loss of Kylie’s 13-month-old daughter, Stormi. “Jordyn is still very upset but trying to push on with her career and get her life back,” a source told Us Weekly exclusively. “She misses Kylie as a best friend but is telling friends she actually misses Stormi the most. She looks at old pictures of Stormi and misses her every day.”