Millions are outraged over the death of George Floyd, an African American man who was killed by a white police officer. Protests are taking place across the country calling for change and the arrests and convictions of all involved and celebrities are taking to the frontline and using their platform to help. One of the celebrities to participate in a recent protest is Insecure star, Kendrick Sampson. 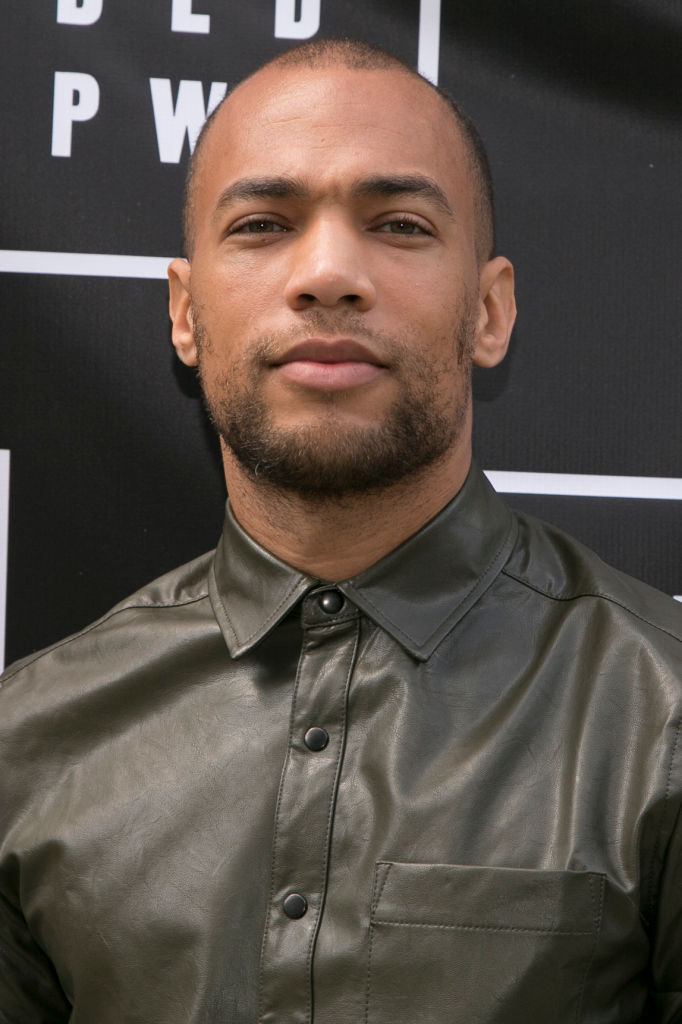 Sampson is not new to social activism but this time, things took a scary turn. The actor updated fans on his social media pages to reveal that he was injured by police while protesting in LA over the weekend.

Sampson joined thousands as they took the streets of LA to demand change over America’s centuries-long history of racial injustice. He walked with others as they marched through areas of LA while holding “Black Lives Matter” signs while trying to avoid potential arrests or pushback from law enforcement. Unfortunately, Sampson was harmed during the protests.

#PullUp ✊? @bldpwr x @blmlosangeles MEET US TOMORROW (Saturday) AT NOON AT PAN PACIFIC PARK It took a nation-wide uprising to get Chauvin arrested for the murder of #GeorgeFloyd. Still 3 more killer cops to be arrested in Minneapolis and hundreds in LA. Still prosecutions and convictions to win. Still police to defund. It’s time. See y’all Saturday. #BlackLivesMatter #BLDPWR ✊?

“They shot me four times already,” he said in an Instagram Live video. “I already got hurt and I got hit with a baton.”

When Sampson got home, he realized the damage was much greater than he originally thought.

“Glad y’all witnessed this. [Especially] the video of them actually targeting us. He didn’t try to ricochet the bullets of the ground-one tactic-he pointed the gun DIRECTLY AT ME. I actually got hit 7 times with rubber bullets and many batons. My boy has stitches,” he wrote on Twitter.

Related: 10 Celebrities Who Were Arrested While Protesting

Videos circulated on social media of Sampson being hit. In one video, Sampson is seen in front of a crowd of protesters having a screaming match with police officers and is repeatedly hit with a baton. CNN posted a video of Sampson’s interaction with police officers on their Instagram page. Sampson also shared photos of his injuries to his Instagram account.

Sampson spoke to Variety after the incident and explained that he was attacked despite the protest being peaceful.

“We did an event together — peaceful, powerful, talking about defunding the police, talking about building power in our communities and what that really looks like,” he said. “That’s what we were doing. We marched to the intersection at Fairfax, we were there for a bit. We closed it out with a chant.”

Kendrick Sampson has a history of social activism

Sampson has been using his platform to help with racial injustice for years. The son of biracial parents, the Houston-pred actor was an activist long before his move to Hollywood. His interest in civil rights began early and was sparked by the actions of his parents, who pushed their son to be socially conscious.

See y’all in DTLA at 4. Pull up. The team @bldpwr produced this in 2019. #BlackLivesMatter #BLDPWR #LetUsLive In reference to my last post – @bldpwr to educate around a super progressive police accountability bill. While we won and passed the bill, it was essentially gutted. It helps but not nearly to the extent it could have. • Why was it gutted, pressure from police unions. police unions should not be a part of organized labor. The reason your elected officials take no substantive action – Police unions lobbying power and intimidation power is immense and they use it to operate like organized crime. • The policing system is founded on slave catching and continues to act as such. It was founded to harm, not heal our communities. To protect to most able and abusive by targeting the people they were killing and abusing. We can come up with a better system. One founded in accountability, rehabilitation, restorative justice and care for the most vulnerable. They act as organized crime and continue the legacy of colonization and white supremacy in this country. It’s time to put an end to that legacy. Defund police, release those much needed funds and fund services we desperately need to relieve and heal (mental health care, housing, rehabilitation). # Most of these city budgets are most influenced by the Mayor and City council – Demand Mayor Frey of Minneapolis (612-968-4443 / 612-673-2100) and Mayor Garcetti of LA and city councils defund police. And prosecutors prosecute killer cops. And don’t take “no” for an answer, I don’t care what laws are preventing justice. If the laws are unjust, change them. Now. Or ignore tf out of them like they do when we want justice. We don’t have time to wait. Y’all had y’all’s time. Centuries. Now it’s ours. Justice. Liberation. Abolish the system and build better. We can. ✊? #BLDPWR #GeorgeFloyd

He founded his organization BLD PWR along with two other activists in 2019. The program trains artists, athletes, and entertainers to use their voices “to create a groundswell of positive social change across all sectors of society.” He works with a variety of partners, including leaders of the Black Lives Matter movement, and professors from UCLA and Cal State LA to moderate the trainings.

Other issues that Sampson lends his name and voice to include immigrant rights, prison reform, and police brutality. He told Teen Vogue in 2019 that his focus lies on four issues.

“I’m just going to kind of break it down into four things: education, housing, health care, and jobs. Those all intersect,” he said. “When you’re looking at public safety — a term that should be redefined — you make huge investments in those four areas.”

Sampson is now committed to defunding police as a result of police brutality. He’s explained his reasoning in an exclusive Variety report.