I’M A CELEBRITY 2022 LIVE: Matt Hancock addresses Gina Coladangelo affair scandal and says ‘it’s not an excuse but I fell in love’

This is MailOnline’s live blog for episode five of I’m A Celebrity… Get Me Out of Here! 2022:

As celebs get their luxury items, let's not forget this pivotal moment in IAC history x #ImACeleb pic.twitter.com/aAwg0BvrMx

Throwback to when Cliff brought in a Christmas tree #ImACeleb pic.twitter.com/u7fQQ506TF

Aw Jill picking a luxury item for everyone to enjoy #ImACeleb #imacelebrity pic.twitter.com/s7DjgihbfC

After dinner, Mike read out a laminate to camp revealing the news that undercover moles have been carrying out secret missions in order to win luxury items.

The moles were asked to reveal themselves and Seann, Matt, Scarlette and Jill stood up one at a time. They had to reveal their secret missions.

Revealing himself, Seann joked: ‘I can confirm, I’m not a bird watcher.’

Matt confessed to calling Chris Greg intentionally, much to the amusement of camp.

Jill said she felt terrible about complaining about Loose Women.

Mike learned about his fake spider rescue before they began receiving their luxury items.

Scarlette gets a framed picture her nieces and nephews had drawn for her. Boy George got his customised shirt from the photoshoot. Seann got a festival chair. Babatúndé got a disposable camera with polaroids.

Matt got a large blanket while Mike got an orthopaedic pillow. Owen got a mug with a photo of him and his grandparents on, and Chris got his indoor slippers from home.

Jill asked for Sweet Caroline to play and everyone joined in, Charlene got a photo of her kids and got emotional and Sue got face cream.

THEY SAID OBVIOUSLY WHEN MATT STOOD UP #ImACeleb pic.twitter.com/oUkYAUoLlt

owen acting surprised about the moles as if he even knows what they are #ImACeleb pic.twitter.com/iEY6uqaEab

No one being surprised when Matt’s a mole #ImACeleb pic.twitter.com/dn1O05Qhq3

THE “OBVIOUSLY” AS MATT STANDS UP TO SHOW HE’S A MOLE #ImACeleb #ImACelebrity pic.twitter.com/hQiuizK1ow

After Charlene subsequently offered to help Jill with her splinter, Jill said: ‘One time, I was watching and the topics were so depressing and I felt like everyone was moaning.

‘I think they need to pick the positive people. Are you offended, one episode I might have switched over? Can I make you a cup of tea as a sorry?’

JILL HAVING TO SHIT TALK ABOUT LOOSE WOMEN TO THE GIRL WHO LITERALLY PRESENTS IT OH NOOOO #ImACeleb pic.twitter.com/G0AXEtyLT0

Undercover moles Matt and Sean were called back to Mole HQ via a flashing tilley light. Here they learned two new celebrities had to join them as undercover moles.

Matt was told to recruit Scarlette and tell her her mission was to get Mike to come to the shower and remove a spider on two separate occasions. Seann was told he must recruit Jill and her mission was to tell Charlene that she turns off Loose Women as she can’t stand the moaning.

They were also told that they had to lead camp in a fictional pre-match warm up routine used by the lionesses.

Seann managed to get Jill to one side by helping her with a splinter in her finger. As he pretended to help get the splinter out, he explained to her the missions.

Seann said in the Bush Telegraph: ‘She just went with everything. [She was like] ‘I’ve got it leave it with me, I’ll sort it out.’

Jill admitted in the Bush Telegraph: ‘This is very uncomfortable, but I’m hoping if there’s a little treat at the end of it, I’m willing to do it for the team.’

the nation running to vote matt for the eating trial #ImACelebrity pic.twitter.com/v1rwvbuwfu

Speaking with Sue, Seann spoke about news surrounding him on Strictly: ‘Me and my dance partner, who was married, I was in a relationship, we were photographed kissing when we were on Strictly Come Dancing… that was the front page of every newspaper.’

In the Bush Telegraph Seann said: ‘That’s something in my life that I don’t want to go back to. Obviously I knew it would come up. They come up so naturally here. I just want to move on. It’s really nice to have people that will listen and are so lovely and wonderful. I just want to be clear in that I’m very sorry about what happened and I really want this to be a positive experience and it really has been. I want to come out of here and move forward.’ 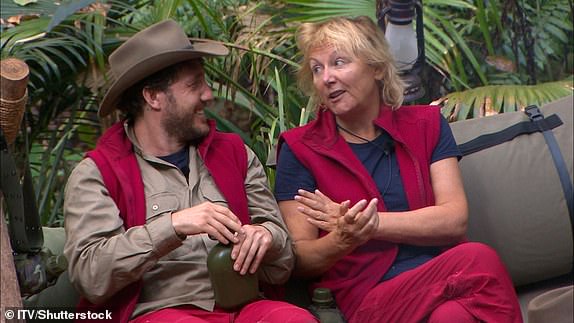 Babatúndé asked Matt: ‘How have things been?’

Matt replied: ‘It was really tough.’

Babatúndé said: ‘Because you messed up.’

Matt replied: ‘I messed up and I fessed up. I resigned and it’s no excuse but I fell in love, right? That also had a lot of other consequences obviously.’

Babatúndé said: ‘You didn’t just ‘fell in love’ you were grabbing booty bruv!’

Matt responded: ‘Oh give over.’

Matt said: ‘You are a comedian.’

Matt added: ‘That’s been hard, I obviously brought it on myself, so yeah… it’s been tough.’

Babatúndé asked: ‘Are you still with the lady?’

Matt replied: ‘With Gina? Yeah very much so, yeah, totally. That’ll be the best thing about being kicked out, seeing her on the bridge.’

Babatúndé said: ‘Look man, I don’t judge you bruv. I may take the piss out of you.’

Matt laughed: ‘I don’t mind that.’

NOOOO NOT THE CHEATING SCANDAL BEING BROUGHT UP #ImACeleb pic.twitter.com/XEDxPrWjUs

Baba knew what he was doing there #ImACeleb pic.twitter.com/P7awh4Buqz

When the time ran out Matt had earned all 11 of the 11 stars on offer.

He told Ant and Dec: ‘The eels, the sea snakes, I was absolutely petrified.’

Matt said of his haul: ‘I can’t believe it. I was so nervous. My heart was racing. I’m really proud of myself for having pulled that off.’ 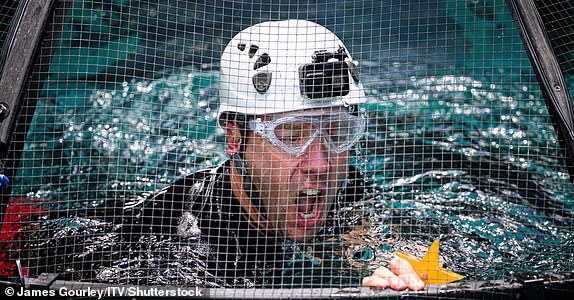 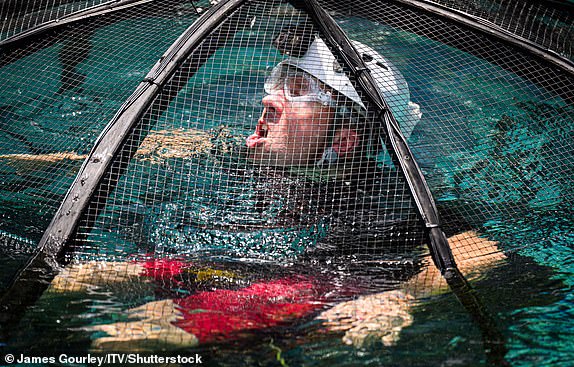 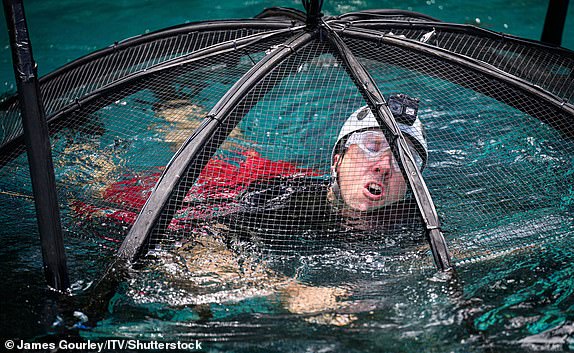 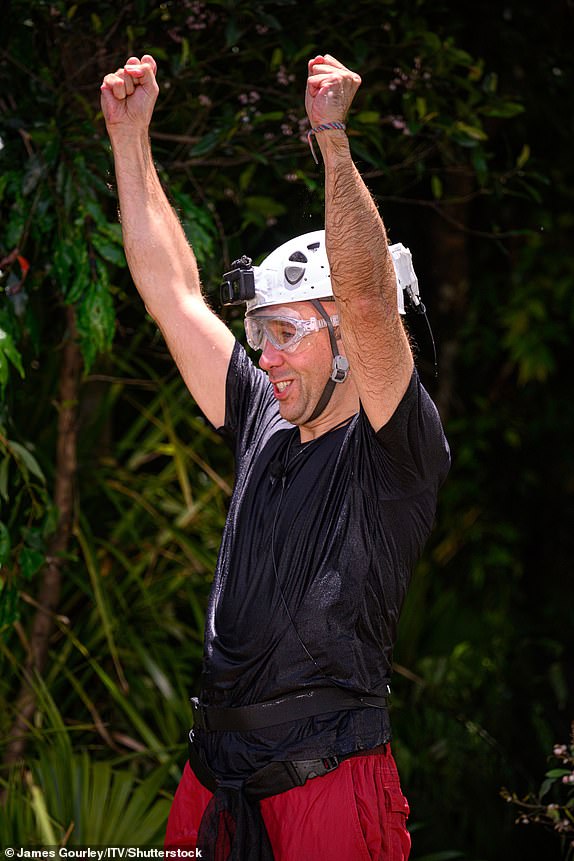 Matt Hancock gets stuck into the underwater trial to try and get up to 11 stars up for grabs.

He has to swim amongst crabs, eels, sea snakes and a crocodile in order to win the meals for camp. 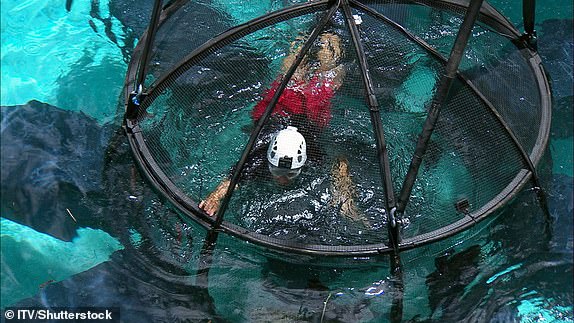 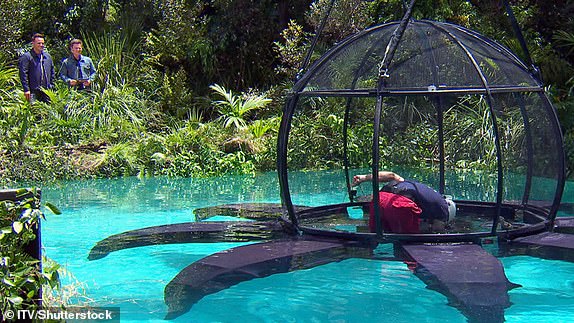 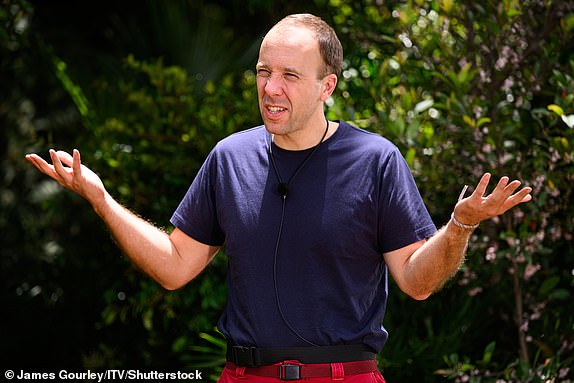 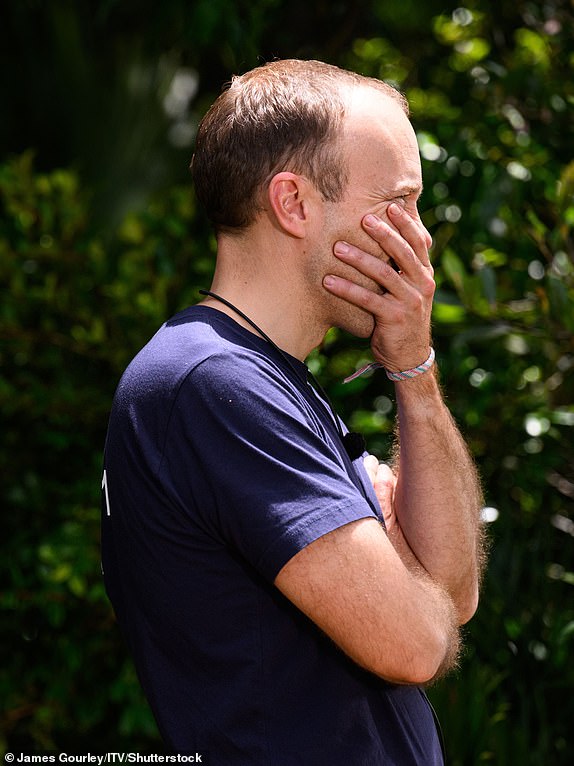 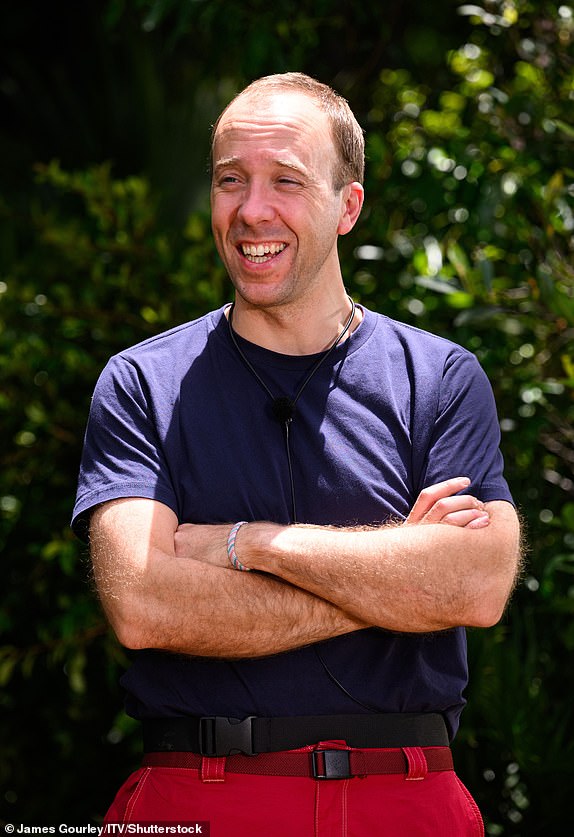 no matt u resigned because u were forced to xxxxxx #ImACeleb pic.twitter.com/mVhXeASwkG

boy shut up did u not resign bc you got exposed as a cheater #ImACeleb pic.twitter.com/fVTm75YRd4

Ohhhh that’s why you resigned ???? I thought it was Cus you were caught breaking the rules you wrote #ImACeleb pic.twitter.com/rfagM9a5td

Matt replied: ‘I play snooker left-handed. What about you?’

Matt continued to Babatúndé: ‘I’ve come into contact with a couple of conspiracy theories. As in, there’s a few about me. There’s one that Bill Gates and I conspired to create the vaccine for Covid in order to put microchips in everybody’s blood streams, so that we could control people.’

Speaking in the Bush Telegraph Babatúndé said: ‘I’m not a conspiracy theorist but I do love a good conspiracy theory. I wasn’t going to tell him but that was one I kind of believed. Nah, nah, I didn’t believe that.’

Some of the campmates receive their luxury items.. but is it too soon into the series?

Best year for anyone to go on #ImACeleb. Guaranteed to avoid doing any trials now Matt Hancock is in there

Boy George broke down as he admitted he would leave I’m A Celebrity…Get Me Out Of Here! following ex-Health Secretary Matt Hancock’s arrival on Wednesday.

The singer, 61, said if his mother had died from Covid he would definitely walk out of the Australian jungle quitting the ITV show.

However, he doesn’t want Matt ‘to spoil this experience and revealed he is ‘not good at hiding’ how he really feels about someone.

Matt Hancock was thrown in at the deep end as the hapless ex-Health Secretary took on his second Bushtucker Trial in two days.

The former Cabinet minister was pelted with slime while labouring to win a paltry six stars for camp during his controversial debut on I’m A Celebrity… Get Me Out of Here!.

But Mr Hancock was voted by the public to face the Tentacles of Terror as he attempts to save face by winning eleven meals.

A teaser from tonight’s episode of ITV’s hit reality show in the Australian jungle finds the one-time Tory frontbencher floundering in a large tank of water while endeavouring to salvage stars from a variety of submerged, critter-filled cages.