Gwyneth Paltrow praised look-alike daughter Apple Martin for being ‘wickedly intelligent’ and a hard worker while celebrating her sweet 16 on Thursday.

The Goop maven, 47, called her first-born ‘pure joy’ in an Instagram marking her special day.

And mom proved that her girl was growing up fast while accompanying her heartfelt post with a stunning photo of the young woman.

Double take: Gwyneth Paltrow’s daughter Apple Martin (left) looked like the spitting image of mom in a photo celebrating her 16th birthday on Thursday. The actress is pictured right in 1995 when she was 23

Apple was the spitting image of mom and dad Chris Martin as she posed in the living room wearing a chic rose-patterned dress but no shoes. She accessorized with a classic chain-link necklace.

It was clear that the high-schooler already knew how to strike a pose, as she vamped it up for the camera.

But in another shot she showed off a sillier side, giving a thumbs up to show off a digit which was swaddled in a teal bandage. 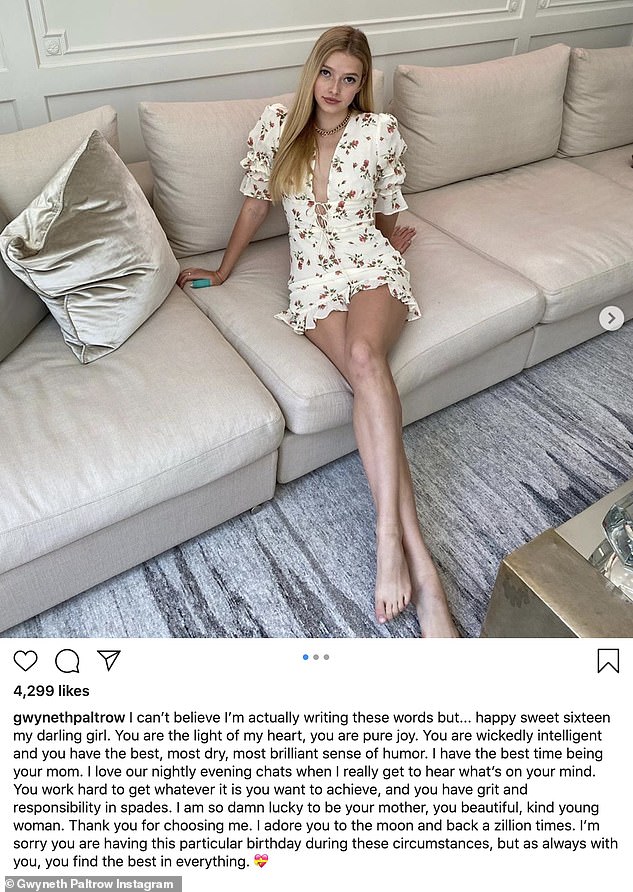 So proud: Gwyneth raved about her ‘beautiful, kind’ daughter in the birthday post 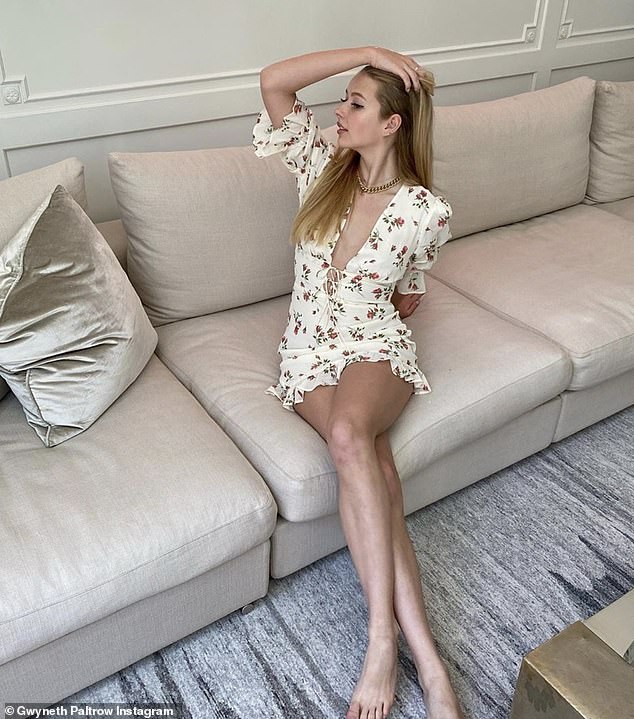 Just like mom! Her blonde hair was long and loose, mirroring her famous mother’s signature style 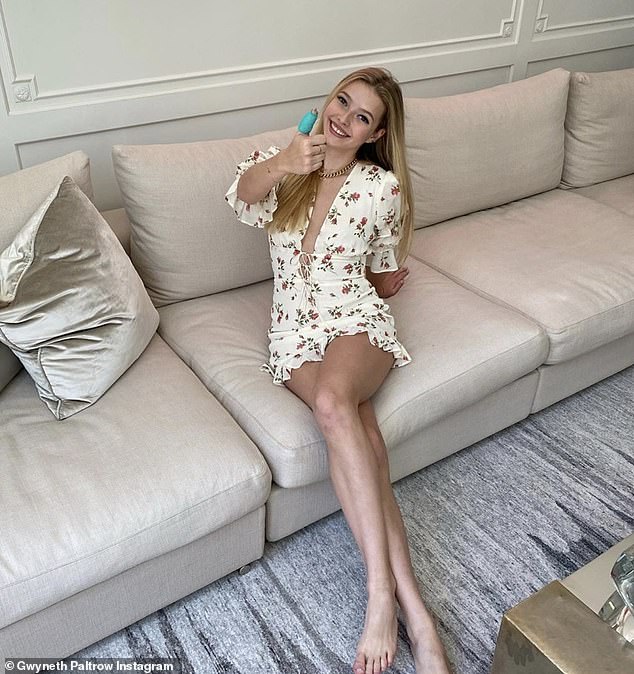 All good! In another shot she showed off a sillier side, giving a thumbs up while her finger was swaddled in teal bandage

Mom Gwyneth seemed in awe of her offspring in her touching caption, where she described her darling daughter as ‘pure joy.’

‘You are the light of my heart, you are pure joy,’ she continued. You are wickedly intelligent and you have the best, most dry, most brilliant sense of humor.

‘I have the best time being your mom. I love our nightly evening chats when I really get to hear what’s on your mind. You work hard to get whatever it is you want to achieve, and you have grit and responsibility in spades.’ 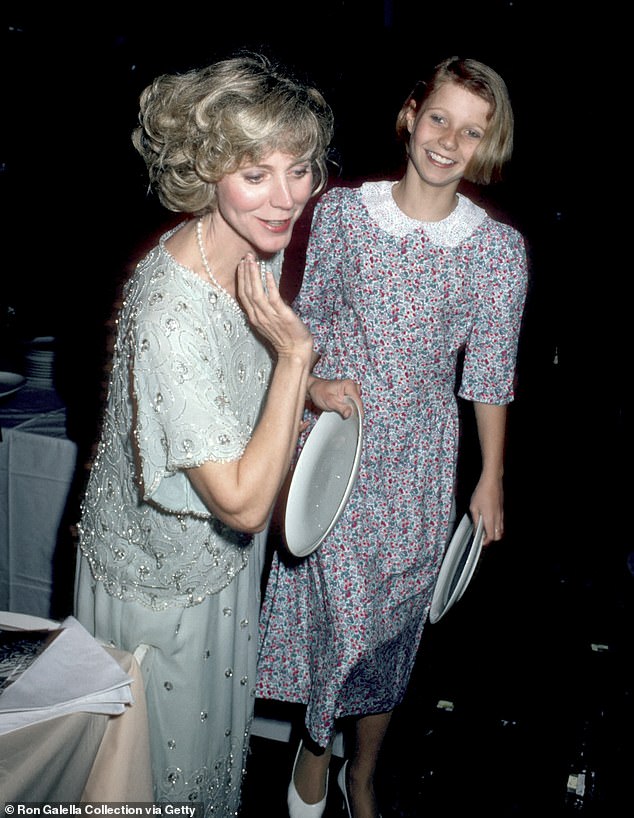 Famous family: Paltrow is the daughter of actress Blythe Danner, seen with mom at Studio 54 at just 13

‘I am so damn lucky to be your mother, you beautiful, kind young woman. Thank you for choosing me. I adore you to the moon and back a zillion times.

‘I’m sorry you are having this particular birthday during these circumstances, but as always with you, you find the best in everything.’

The teenager was surprised with a drive-by party organized by his mom and friends. 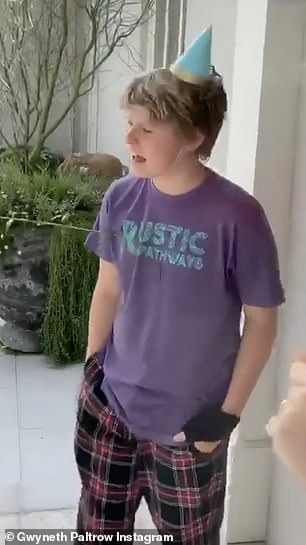 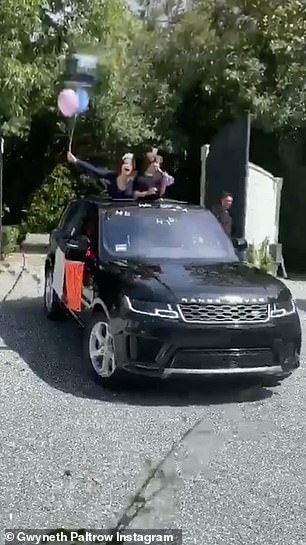 Celebrating from six feet away! Last month Paltrow practiced the art of a socially distanced party while ringing in son Moses’ 14th year 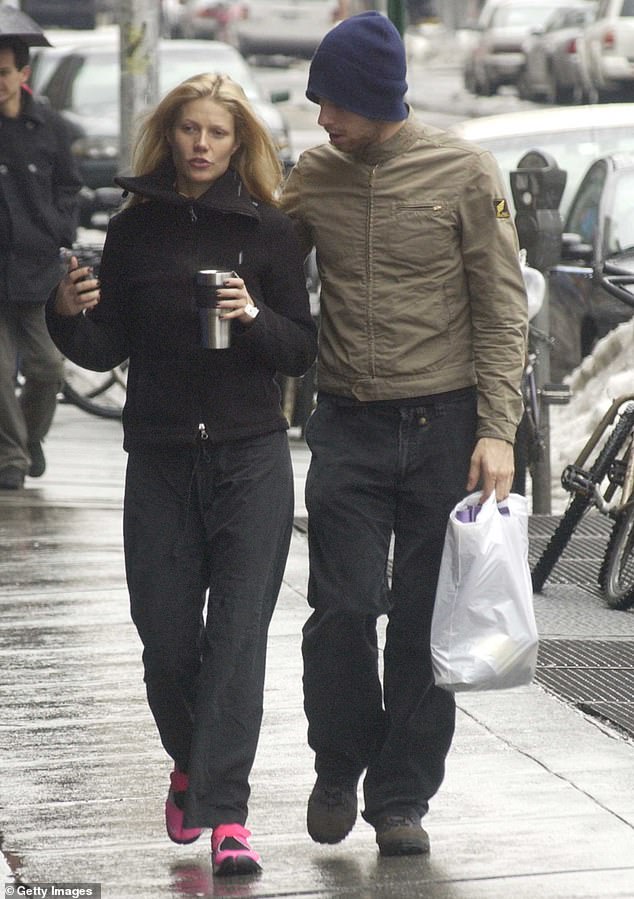 Paltrow and ex Martin began dating in 2002 and they were wed by 2003. The pair welcomed Apple into the world in 2004 and younger brother Moses was born two-years-later.

At the time her unique name became a punchline on late night shows.

But Paltrow recently joked that she and ex Chris Martin had been one-upped by Elon Musk and Grimes, who just named their newborn X Æ A-12. 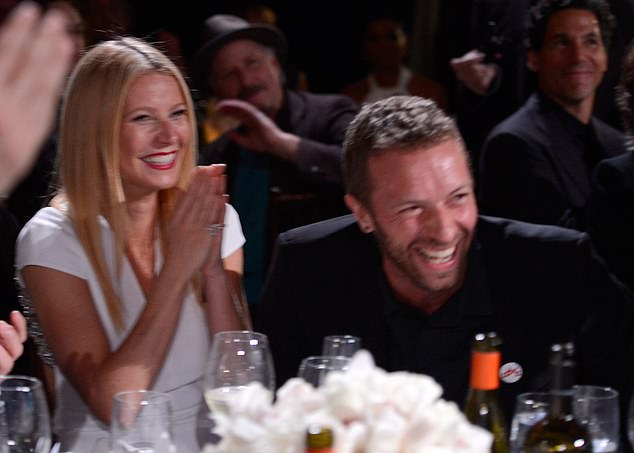 Parting ways: The Politician actress and Clocks rocker Martin amicably decided to split in 2016, dubbing their decision a ‘conscious uncoupling’ instead of a pure break-up. They’re seen in 2014 above

Gwyneth couldn’t help but giggle as she posted a comment on the Elon baby news: ‘#chrismartin I think we got beat for most controversial baby name.’

The Politician actress and Clocks rocker Martin amicably decided to split in 2016, dubbing their decision a ‘conscious uncoupling’ instead of a pure break-up.

Since, the pair have remained close co-parents, often traveling together as a big blended family with Paltrow’s husband Brad Falchuk and Martin’s girlfriend Dakota Johnson. 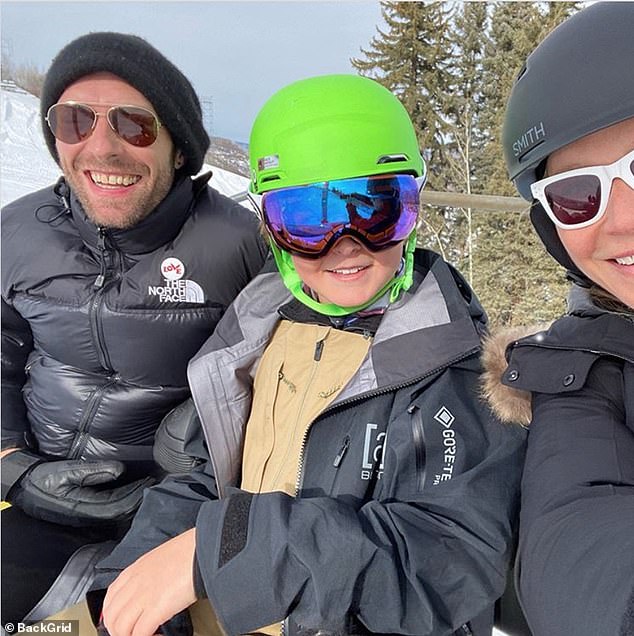 All together now! The pair have remained close co-parents, often traveling together as a big blended family with Paltrow’s husband Brad Falchuk and Martin’s girlfriend Dakota Johnson