Make-up free Gwyneth Paltrow, 50, showcases her incredible figure in a skimpy floral bikini as she hits the beach in sun-soaked Barbados

She’s the poster girl for healthy living in Hollywood, thanks to her wellness brand Goop.

And Gwyneth Paltrow certainly lived up to that reputation as she showed off her incredible bikini body in Barbados on Wednesday.

The Oscar winner, 50, looked sensational as she strolled along the sun-soaked shore as she appeared to enjoy some alone time during her tropical getaway with husband Brad Falchuk, 51. 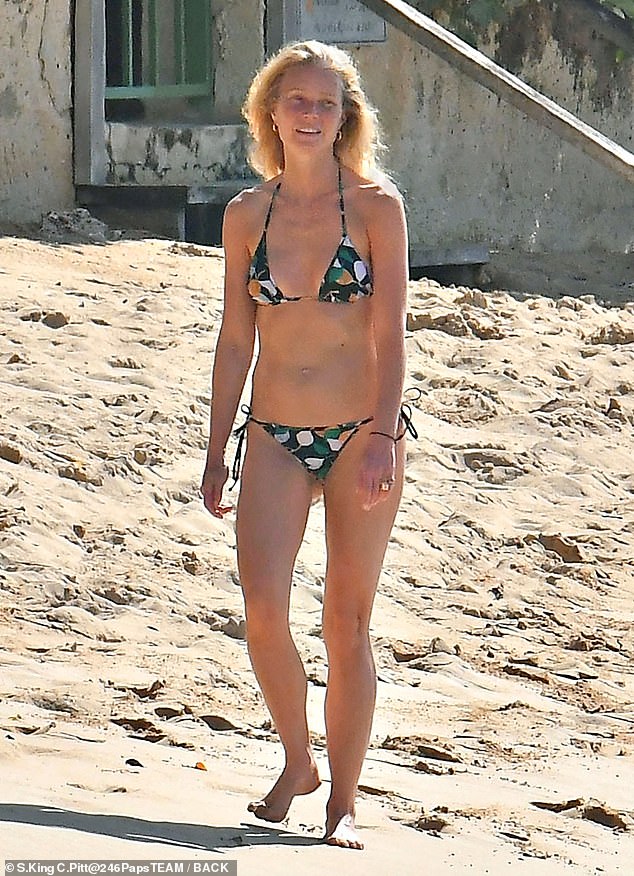 Age defying: Gwyneth Paltrow, 50,  looked sensational as she showed off her incredible bikini body in Barbados on Wednesday

She went make-up free for the beach day and let blonde locks fall down past her shoulders in a natural style.

Gwyneth completed the beach look with gold earrings and, after a stroll, cooled off with a dip in the crystal clear ocean. 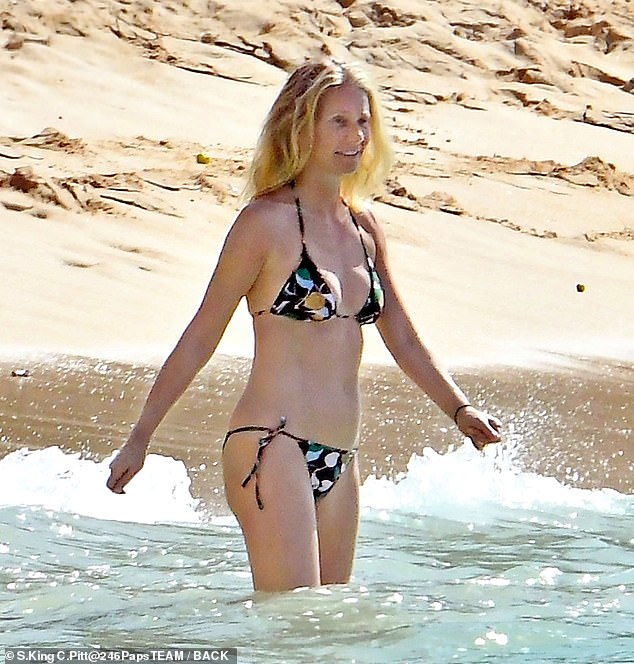 Sensational: The Oscar winner strolled along the sun-soaked shore as she appeared to enjoy some alone time during her tropical getaway

The outing comes after Gwyneth’s longtime pal Cameron Diaz was seen in a clip for the GOOP founder’s Christmas gift guide last week.

Appearing together in a fun video, The Charlie’s Angel’s actress, 50, looked stunning in a cream coloured sweater with her blonde hair worn down as she arrived late to the shoot with a glass of red wine from her company Avaline in her hand.

Cameron was flustered as she jumped in her seat with wine in hand. She said Gwyneth was going to ‘kill’ her for being late. 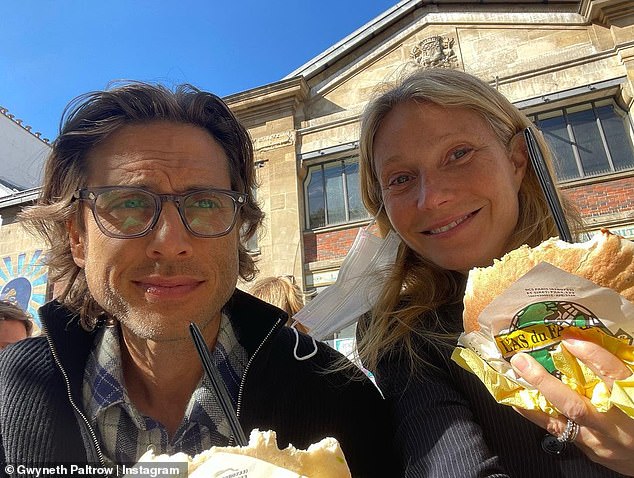 Holiday: Gwyneth is enjoying the beach break with husband Brad Falchuk (pictured together in 2021)

The two have been leaning on each other for decades after striking up a friendship in the late Nineties.

Cameron told Harper’s Bazaar U.K. in 2012 that she became closer to Gwyneth in 2008 when her father Emilio Diaz passed away.

They ‘became very close’ she said as they had a lot in common, as Gwyneth’s father Bruce lost his battle to cancer in 2002.

‘She reached out after my dad’s death,’ the Annie actress said. ‘It was very sweet. We bonded on that.’

In 2018, Cameron said she helped her pal plan her wedding to producer Brad Falchuk.

The Shrek actress came to the rescue, helping the Oscar-winning star with many of the details. Diaz had experience as she threw her own wedding to Benji Madden in 2015.

According to E! News, Cameron arrived to Gwyneth’s Hamptons mansion early in the morning to help her good friend get ready for the big day.

People added: ‘Cameron was very excited about Gwyneth’s wedding. Gwyneth has been giving her updates and asking for advice during the planning.’

The two have been friends for over 20 years and they share many mutual pals including Drew Barrymore and Nicole Richie (who is Cameron’s sister in law).

E! also added that Steven Spielberg filmed much of the wedding with a handheld video camera as a string quartet played.

And Gwyneth’s mother Blythe Danner wore a ‘long shimmery silver dress and red framed glasses’ as she talked to Steven.

Gwyneth and Falchuk were married under an archway with flowers and lanterns. The ceremony took place under a tree in Gwyneth’s back yard.

The star’s ex-husband Chris Martin was not there; instead the Coldplay frontman was a two hour drive away in New York City at the Global Citizen Festival.

Together Gwyneth and Chris have two children: Apple and Moses. They wed in 2003 and were together for 10 years before ‘consciously uncoupling’; they finalised their divorce in 2016.

Falchuk – a producer on American Horror Story – was seen in a grey suit as he pulled up to her home in a red Sahara SUV. 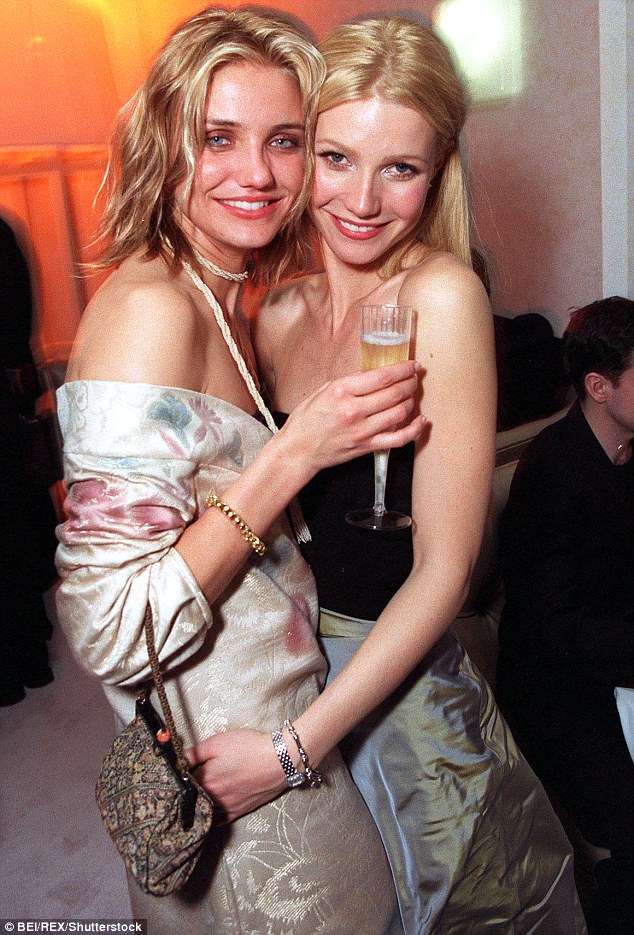 I’ll be there for you: Diaz told Harper’s Bazaar U.K. in 2012 that she became closer to Paltrow in 2008 when her father Emilio Diaz passed away. They ‘became very close’ she said as they had a lot in common: Paltrow’s father Bruce lost his battle to cancer in 2002 (pictured in 1999)