Gwen Stefani, 50, looks youthful in old touring merch as she heads home from a recording studio

It’s been four years since she last toured across the US, in support of her third solo album This Is What the Truth Feels Like.

But Gwen Stefani showed she hasn’t thrown out her old merchandise, as she left a Los Angeles recording studio on Thursday in a hoodie from the tour.

The No Doubt singer, 50, looked effortlessly cool in a pair of graffiti-splattered sweatpants that she paired with a black ‘Anaheim Hillbillies’ zip-up top. 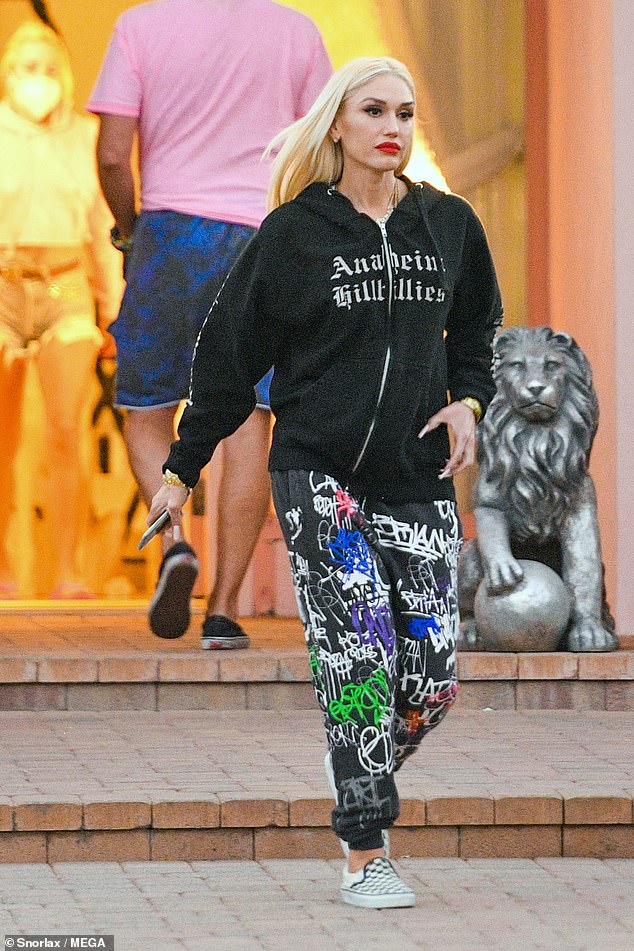 Effortless cool: Gwen Stefani showed she hasn’t thrown out her old merchandise, as she left a Los Angeles recording studio on Thursday in an old hoodie from her tour four years ago

The three-time Grammy winner donned a set of black-and-white checkered Vans sneakers, while she accessorised with some chunky gold bling around her neck and wrists.

Gwen looked decades younger than her age, wearing her straight flaxen tresses tucked around her shoulder and subtly smiling as she walked along.

The Hollaback Girl artist completed her strong look with a smear of crimson lipstick and a dash of black eyeliner that highlighted her natural beauty.

Gwen latest solo appearance comes just weeks after she and husband Blake Shelton, 44, performed together at the Academy of Country Music Awards. 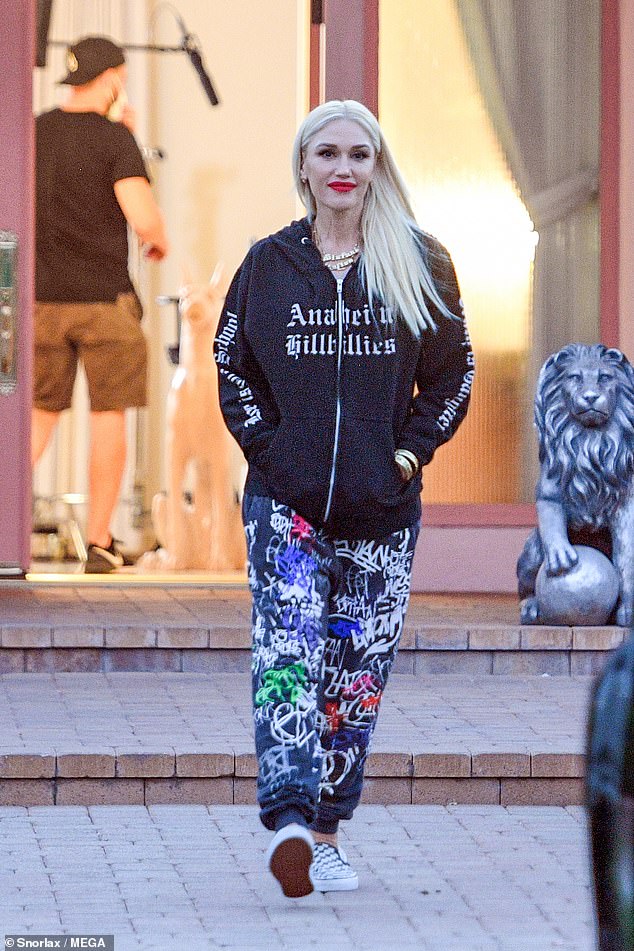 Youthful: The No Doubt singer, 50, looked effortlessly cool in a pair of graffiti-splattered sweatpants that she paired with a black ‘Anaheim Hillbillies’ zip-up top 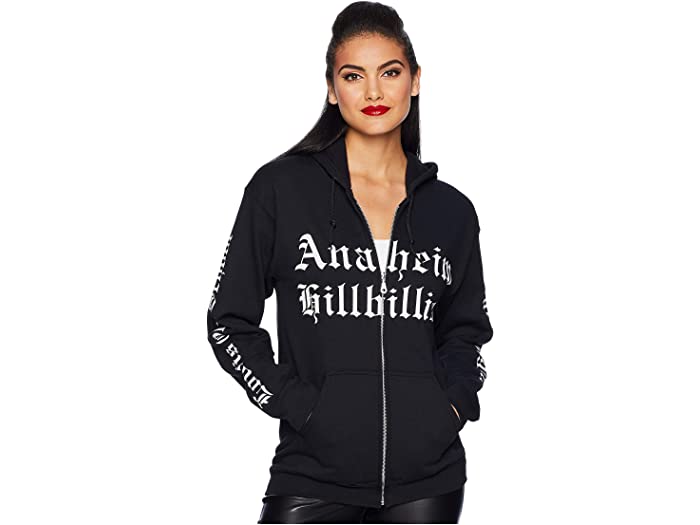 They sang their duet Happy Anywhere in front of a green screen, which placed them at the Bluebird Cafe, one of three locations in Nashville where celebs made appearances for the event.

Meanwhile, their collaboration Nobody But You recently earned Gwen her first CMT Music Award nomination, which was up for Collaborative Video of the Year.

Gwen is preparing to join Shelton as she makes her return next month for season 19 of The Voice, where they first met on the judges’ panel back in 2014, before they began dating in November of 2019.

The songstress recently said of their quarantine in a promo video: ‘It’s been pretty magical for Blake and I and the kids because we don’t ever have that much solid time together. We did do a lot of fun stuff. We did a lot of cooking.’

It comes after a source told Us Weekly something to the contrary: ‘They feel suffocated and stressed. They’re both stretched to the limit.’

The couple previously made a huge investment in their future, dropping $13.2million on a mansion in Encino, in an off-market deal.

The insider continued: ‘Friends say this move has turned into a nightmare. This is the toughest period they’ve had so far without a doubt.’ 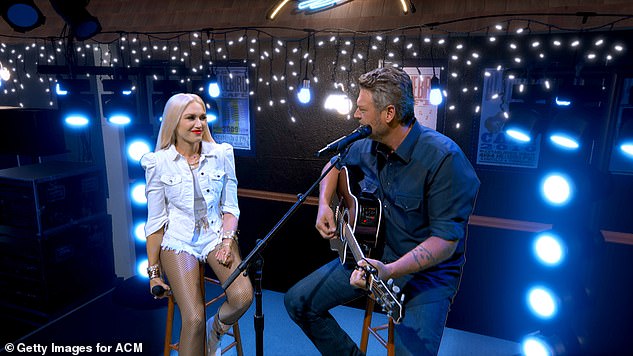 Happy Anywhere: Gwen and her husband Blake Shelton recently performed together at the Academy of Country Music Awards