Gino D’Acampo, 43, has detailed how he narrowly escaped from a serious accident while filming the latest series of Gordon, Gino and Fred: Road Trip. The TV chefs got into some trouble during an episode where they drove desert buggies round a race track, as their RV was parked in the middle of the circuit.

In spite of the fact that Gino and his co-stars Gordon Ramsay and Fred Sirieix were warned about their driving, the Italian television personality got into a frightening situation when he “lost control” and crashed into the RV during rehearsals.

Recalling the incident in a group interview with Radio Times, Gordon said: “They warned us: one more incident and we’d be banned from the track.

“We hit the first corner, and we got told to moderate our speed.

“I backed off and all of a sudden, Gino’s car shot past me. He lost control, hit the RV and there’s paramedics, gas everywhere, a tyre burst…” 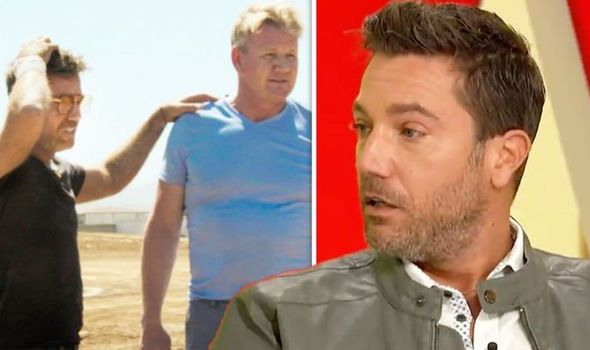 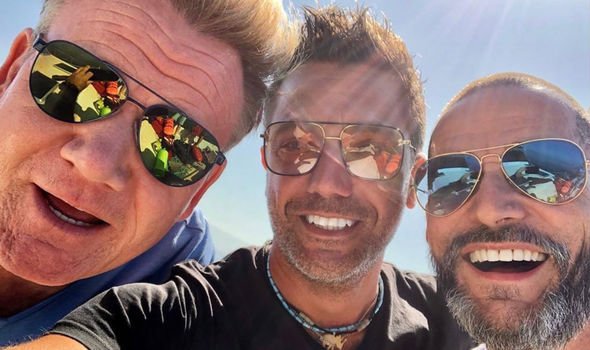 Gino then interjected: “I saw the RV coming very close, and I thought, ‘OK, that’s it.’

The This Morning favourite explained that he was particularly alarmed after his fuel-tank burst and he was covered in petrol.

He continued: “The thing that scared me the most is that my fuel-tank burst and I had petrol all over me.” 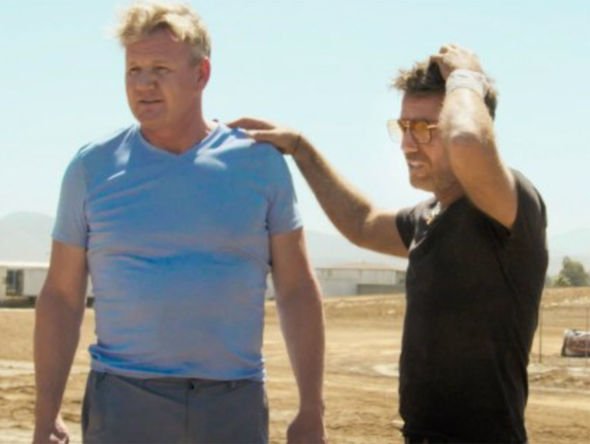 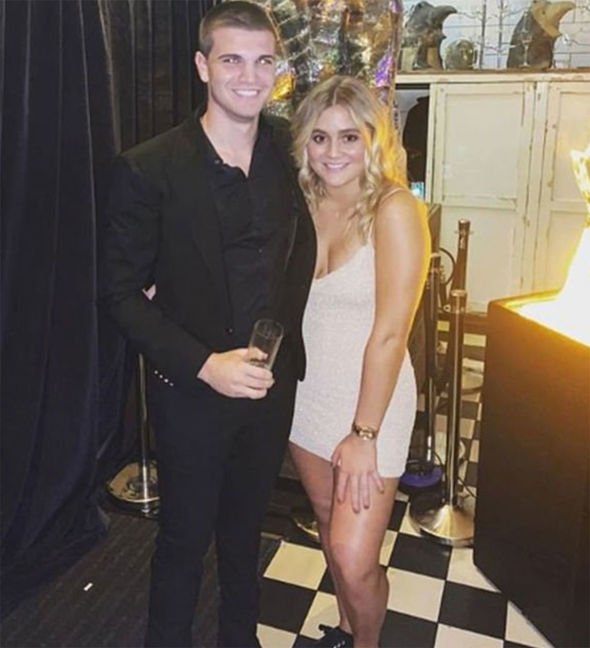 Gordon, who suffered from whiplash due to the situation, added: “Fortunately, he hit the RV side on…”

However, the chef waited for a further 24 hours before he was able to start filming again.

Elsewhere, Gino has revealed exactly how he and Gordon were told by chance that two of their children were dating each other.

The star’s son Luciano, 18, was previously in a relationship with his fellow chef’s daughter Matilda, also 18.

Gino said he got a call from his eldest child while on the road with Gordon.

“I FaceTime my son Luciano during the trip and he was in a restaurant and he was saying ‘Hi’ to Gordon and all of a sudden, Tilly appears,” Gino recalled.

He continued: “Look, I don’t care, it’s nothing to do with me, but Gordon cares, of course.

“Because if something happens serious then Matilda will be called Matilda D’Acampo! Gordon hates that. Can you imagine it?”

Luciano is the oldest of Gino’s three children with wife of 18 years, Jessica Morrison.

Matilda is one of five children Gordon shares with wife Tana, who he wed back in 1996.

She fronts children’s TV show Matilda and the Ramsay Bunch on CBBC.